The deadly and daunting Coronavirus (now Covid-19) has taken over a few countries resulting in lockdowns and a travel scare all across the world. Treading abroad might be unsafe, but there are a few destinations in India that closely resemble your favourite destinations spread across the world.

Want to know some of the destinations you can alternately head to avoid the contagious Covid-19? Check out the list of places in India that are safe enough to cover up for your travel plans abroad! 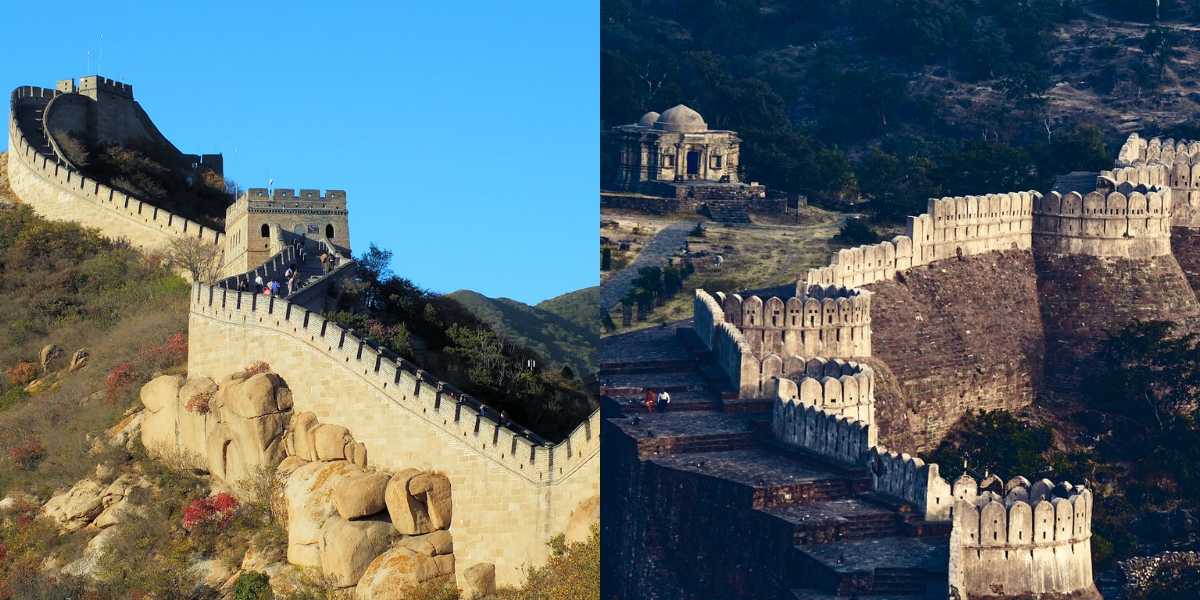 Did you wish to see the Great Wall of China? The Kumbhalgarh Fort is in close resemblance to the iconic structure. It may not be one of the seven wonders of the world, but it's sure is a world heritage Site worth heading for. The fort is among the largest fort complexes in the world, but the second largest fort in India after Chittor Fort. Other than that, delectable Rajasthani food and a stand apart culture will not disappoint you. The backwaters of Italy can be easily compared to the backwaters of the offbeat destination Alleppey. The only difference being in Italy, one will be voyaging through the waterways amidst colossal, rustic and historic buildings, while in Alleppey, the backwaters will treat you to unimaginable and views of the jaw-dropping landscapes. The exhilarating sunsets along the boats will make you forget about Italy. You're not going to regret this! 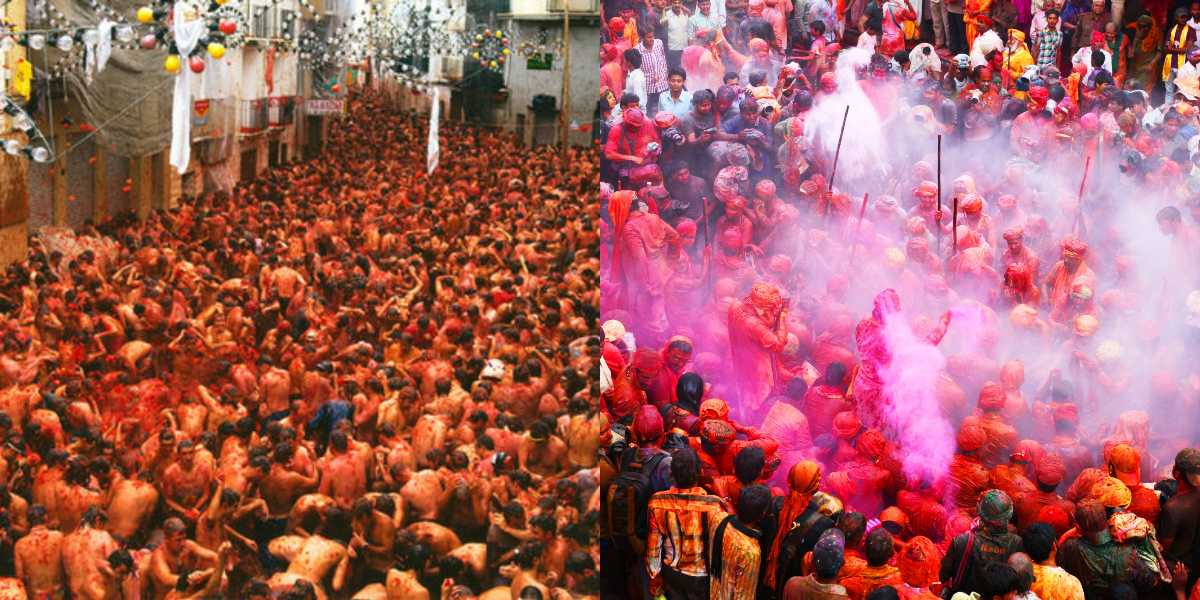 Well let's just say that it's not so much a natural resemblance, but Spain and Bombay celebrate their festivals with great pomp and show (mess included) The famous La Tomatina festival held in the Valencian town throw and smash tomatoes on each other. The annual festivity is somewhat like Holi, just celebrated with a kaleidoscope of colours.

Another such occasion that can be paralleled to an Indian celebration would be Catalina's human tower festival in Spain which is close to the Dahi Handi festival celebrated all across India. Spain literally and figuratively bands together to build human-towers (castells) whereas Indians take the support of each other's shoulders to reach a pot full of curd, a tradition solely dedicated to Lord Krishna's birth. 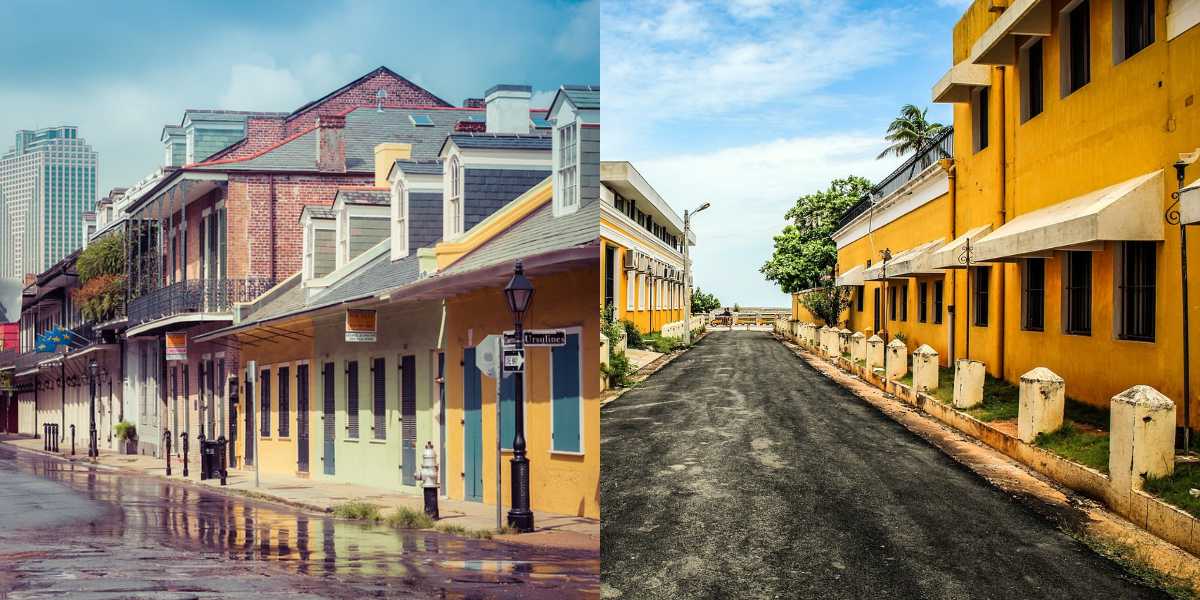 It's not a lesser-known fact that Puducherry was a French settlement until the 1950s. The French influence is still visible in the architecture, alleys as well as colonial villas and boutiques. The seaside promenade enhances the destination, making it the official French Riviera of the east. Can we tell there's much difference between the two other than their geographical locations? 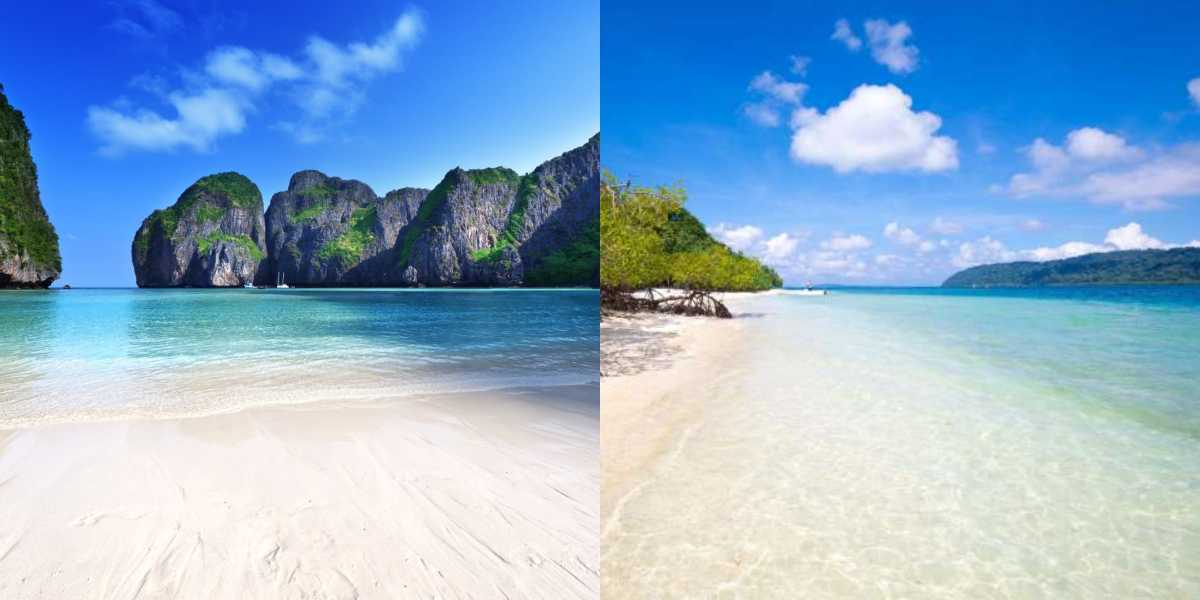 Thailand is an all-time favourite destination for India, but the effect of Covid-19 makes it unsuitable to head there. Don't worry, Andaman comes to your rescue! The scenic and crystal clear beaches aren't too different from that of Phi Phi in Thailand. The chill destination is all things blue and beautiful and the villas, exotic locales and water villas sure make it a perfect holiday destination. 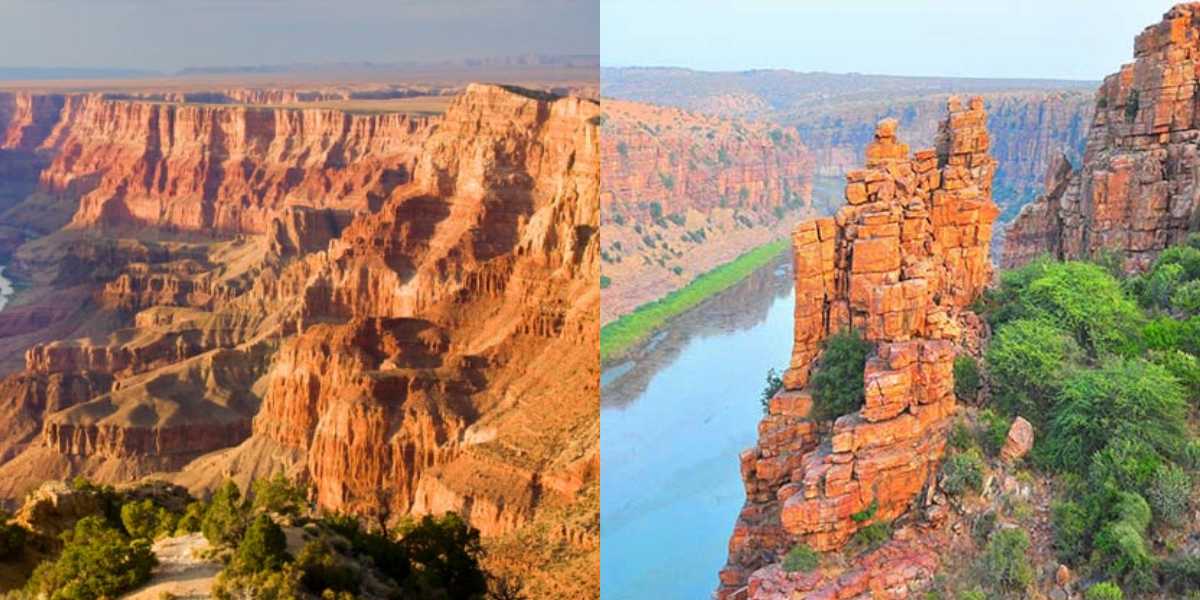 One of the most stunning landmarks of the world- The Grand Canyon in Arizona, USA is a natural formation distinguished by layered bands of red rock marked as an icon of the country. It may be catching the eyes of tourists ever since, but a similar structure that has left travellers marvelling at its beauty is Gandikota. Holding a legacy of several dynasties like the Kamma Nayakas, and the Golconda Sultanate, it is a historic fort located on the banks of the Penna river, in the Kadapa district of Andhra Pradesh. 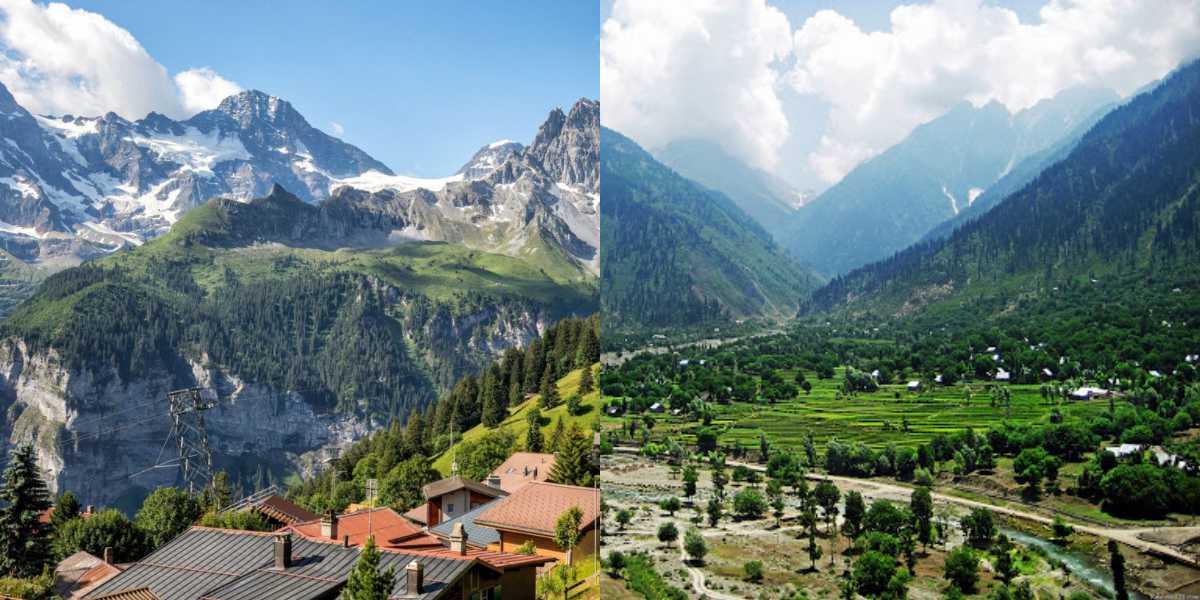 There's no doubt about Kashmir being the Switzerland of India. The astounding mountainscapes and snow-capped peaks are no short of a beauty. Kashmir is all things exhilarating and breathtaking, given the gorgeous vistas of mountains, magnificent lakes, and the green slopes. It can easily top off as India's favourite mountain destination. Switzerland or Kashmir, you'll actually relish the corresponding views of the two destinations. 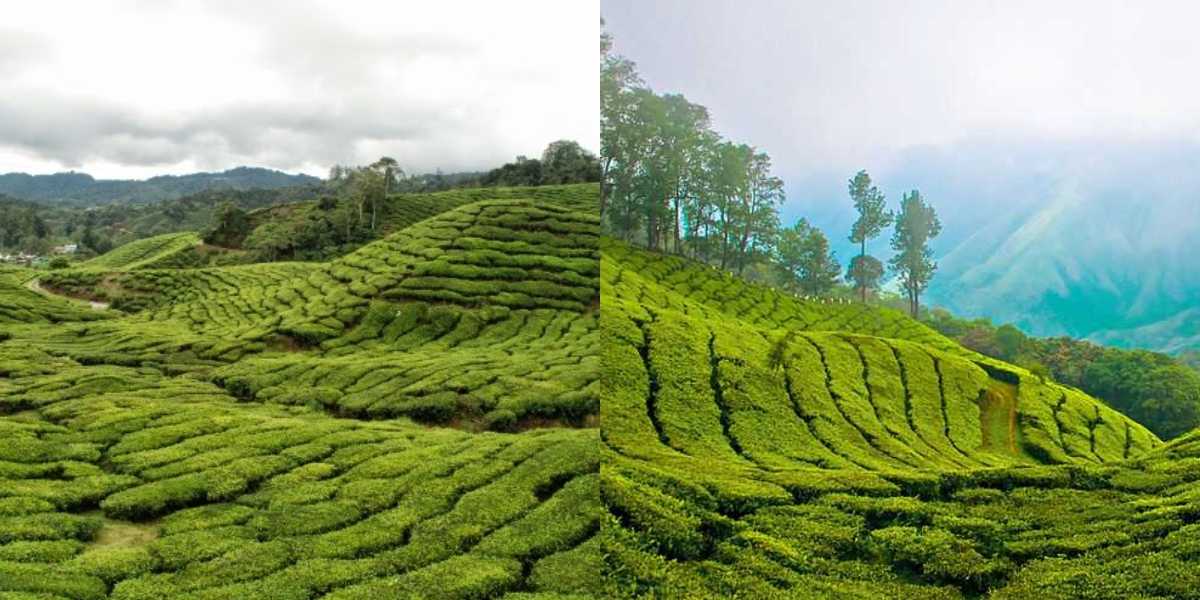 If you were heading to Malaysia for its Boh tea plantation, the perfect replacement for it would be Munnar, and it's lush plantations. There's something very soothing and exotic about Munnar's terraces and plantations that you'd want to literally live here forever! Of course, the aromatics will keep you gripped and leave you craving lots of tea. It's just the right place to head to and get cosy amidst the hilly zones, go for drives through meandering roads and breathe the fragranced tea.


9. Salt Flats of Utah, America, and the Rann of Kutch, Gujarat 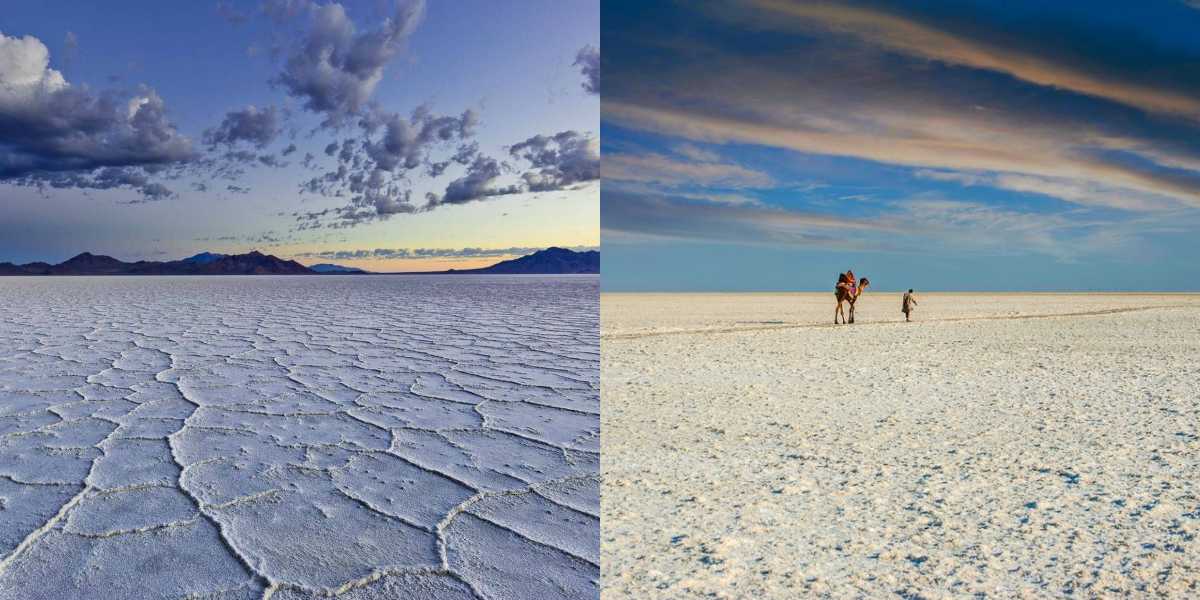 If Utah's Bonneville Salt Flats attract you and we're planning to tread there, we have an alternative for you. Gujarat's Rann Of Kutch is equally attractive, and the white salts are some of the most magnificent landscapes to witness in the world. Tourists from around the world head to the Rann Of Kutch especially to catch sight of it, primarily during the Rann Utsav. So if you're an Indian citizen and haven't witnessed the enchantment of the Saltmarsh in the Thar desert, you should be heading here first! 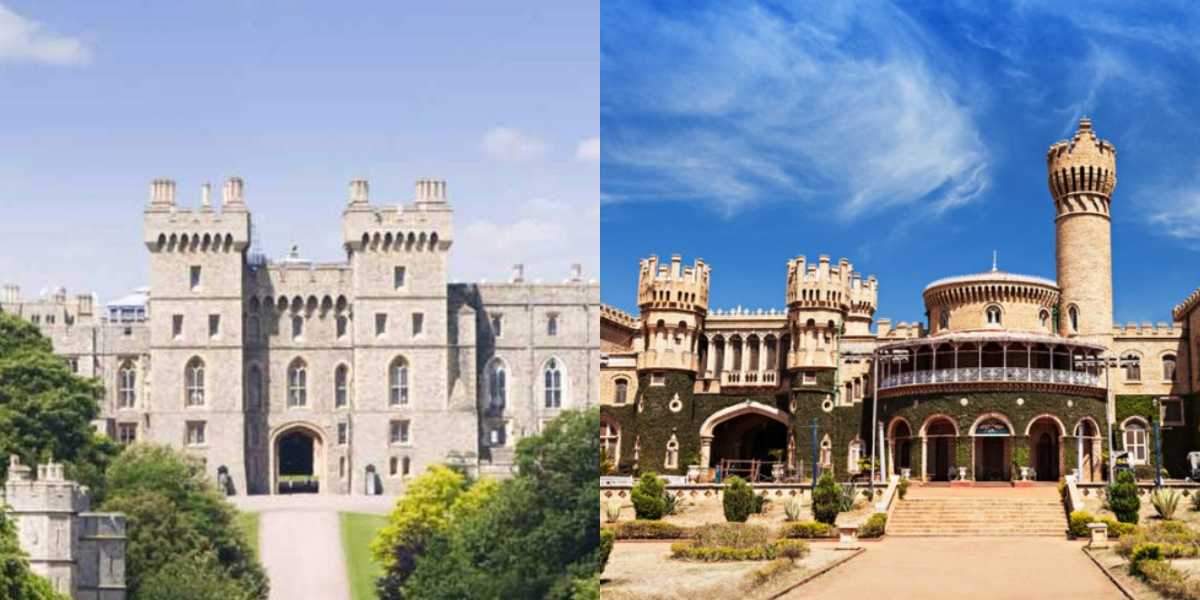 Were you wishing to flank the royalties of England and the gorgeous castles of the aristocrats but Covid-19 turned out to be an obstruction? Bangalore is where you should go. The Bangalore Castle is the closest to what you can find in England but equally eye-catching and attractive. It is a royal palace which has now turned into a college, but it's no short of a beauty!

So now you know what's the ideal replacement for your travel plans. You don't need to get disappointed, you just need to change the destination! Where are you heading to? Let us know in the comments below!