₹ 7,099 onwards View Packages
India is a country for sweets and desserts, a place where desserts after dinner or lunch, are a must and make the meal complete. Indian sweet dishes or desserts are the cherry topping of Indian culture. Be it a festival, a birthday or any other occasion worth celebrating, desserts and sweets will be the first thing on anyone’s mind, such as the love affair of this country with desserts and sweets.

So brace yourself for some unstoppable mouthwatering as we present to you the 12 amazing Indian sweet dishes: 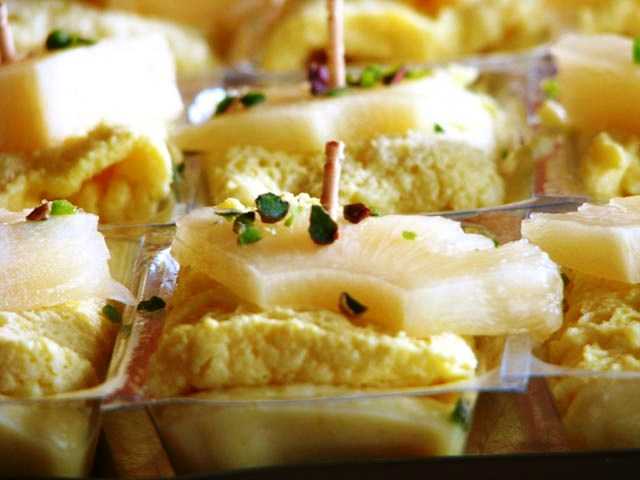 Bengalis are known for their sweet tooth and language and the poster child of that, is the sandesh. Also known as the “heart stealer”, in some parts of Bengal. Sandesh is essentially made with milk and sugar. This white/creamy beauty of a dessert is found mainly in eastern India and its variants are made of chheena (cheese) instead of milk. Kolkata is the best place for eating sandesh: the amazing, soft sweet which will delight your senses like nothing else. 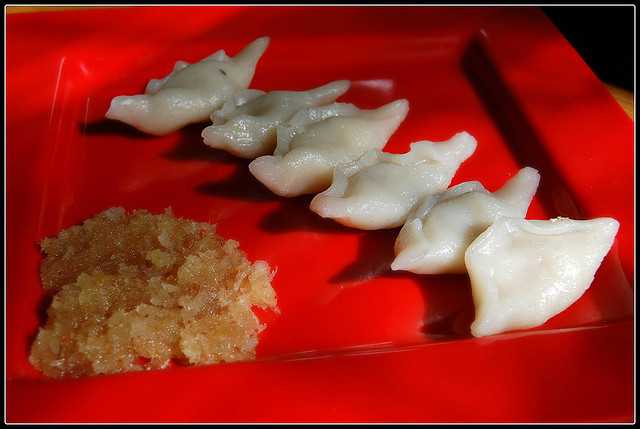 A Ganesh Chaturthi must in Western and Southern India, modak is a sweet dumpling whose exterior is made out of rice or wheat flour while the insides are filled with fresh coconut or jaggery. Southern and Western India is the best place to find modak and is called by various names such as Sughiyan in Malayali, Kadubu in Kannada and Kudumu in Telugu. The soft dumpling melts as soon as it enters your mouth giving you endless fits of sugary pleasure. 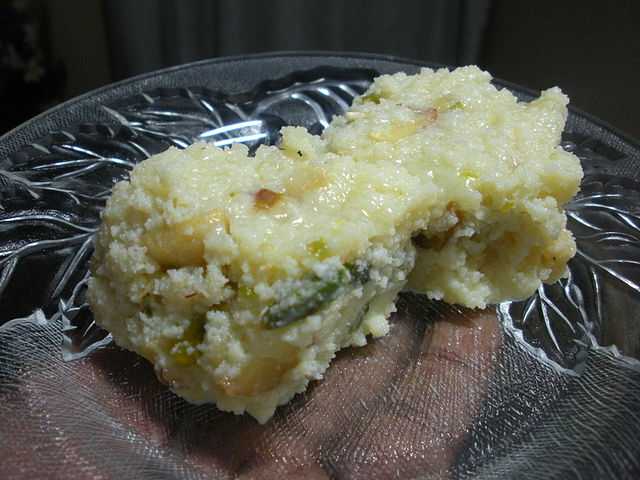 Invented in 1947 in Alwar by Baba Thakur Das, Kalakand is part of the identity of Alwar and is a delicious sweet dish. Made out of solidified, sweetened milk and cottage cheese this square shaped sweet is pretty famous in northern parts of India. Alwar ka Kalakand is a must have for those travelling to this beautiful district of Rajasthan. 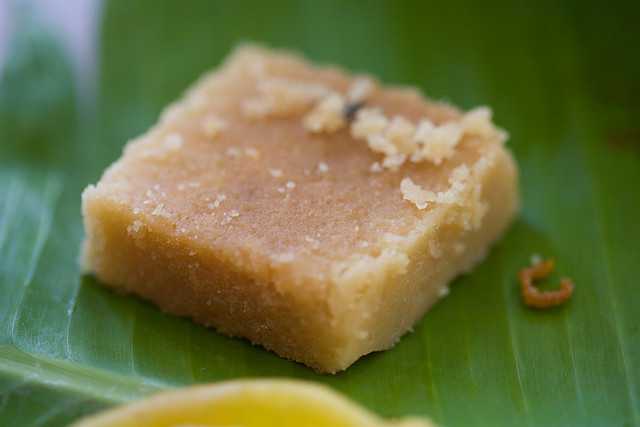 The favorite dessert of Mysore and a royal one too, Mysore Pak was first made in the royal palace of Mysore by a cook named Kakasurra. The delicious sweet is made out of ghee, sugar, gram flour and cardamom and is prepared in butter. This Indian sweet dish is a delight to have and Mysore is the best place to have it in. 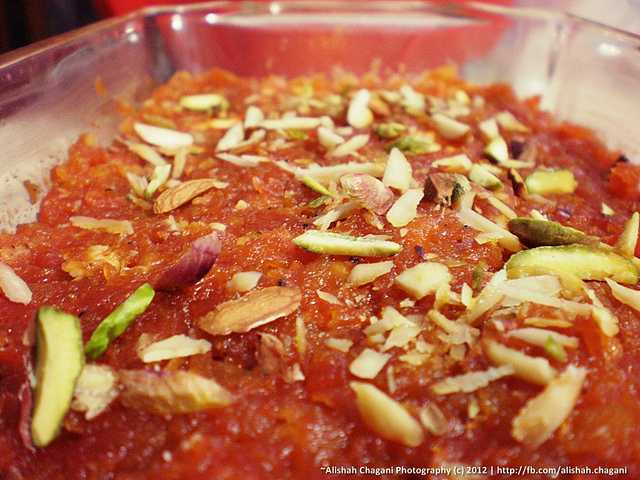 A very attractive way of eating carrots, gajjar ka halwa is another very popular Indian sweet dish in the northern and central parts of India. Originated in Punjab, it is usually made during the winter months and is a delight to have. Made out of carrot, milk, sugar and nuts it is cooked on a slow burner until the milk dries out leaving a mouth watering sweet dish to have post meal. Gajjar ka Halwa is a North Indian speciality with Punjab being the best place to have Gajjar ka Halwa on a cold winter evening. 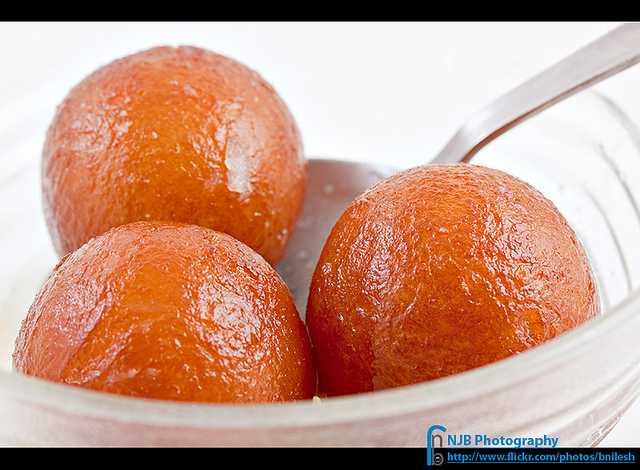 A festival speciality of India, Gulab Jamuns, Indian speciality, are part of every celebration in an Indian household. From west to east and north to south Gulab Jamuns are one of the most favourite Indian sweet dishes due to its silky texture, its dripping sugar syrup and its soft crust. The best Gulab Jamun recipe takes time to cook with the process involving milk solids or khoya to be cooked on slow burn until the water content has evaporated. Then the remnants are kneaded into soft dough out of which small balls are made out and then deep fried. Finally, the small balls are then soaked in sugary syrup which is flavoured with saffron or cardamom.

7. Petha of Agra and Peda of Mathura 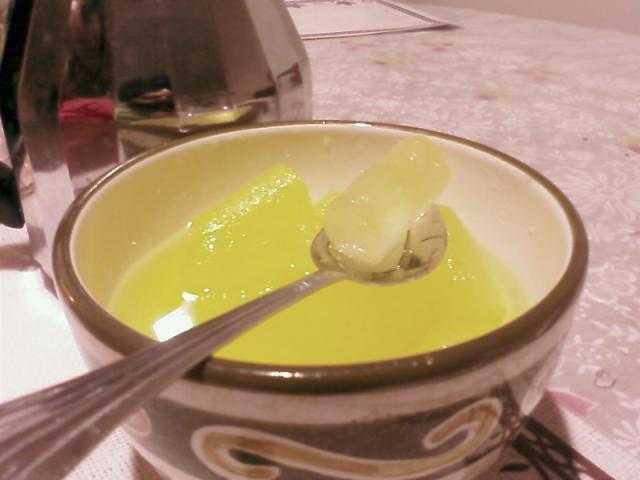 Petha and Peda are an out and out Uttar Pradeshi dessert which is gorged upon by millions with great joy. It goes without saying that the best dessert found in Agra is Petha and that in Mathura is Peda. Pethas are like soft, sweet, white rectangular candies made out of white pumpkin. Mathura is credited with the origin of Pedas. They are circular semi soft discs made out of khoa, sugar and traditional flavorings, including cardamom seeds, pistachio nuts and saffron. Agra ka Petha and Mathura ke Pede are to die for. No wonder people leap out of their trains once they enter Agra/Mathura to buy them from the sellers on the station. 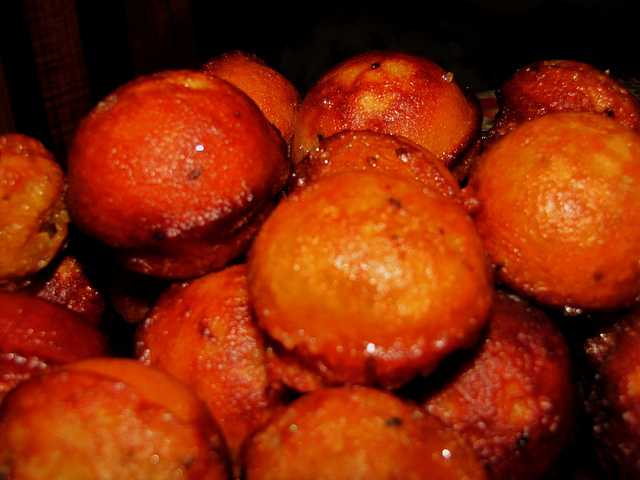 A delicious sweet dish of Kerala which is the poster child of Kerala sweets, Neyappam is a delectable dish made out of ghee, rice, jaggery, coconut pieces and cardamom powder. Though found in every household the cities of Cochin, the best places for Neyappam is Thiruvananthapuram. It is a special Indian sweet dish which is made in a special container known as Appakaral and can be stored up to a week in airtight containers. A Keralian dinner is not complete without some Neyappam in the end. 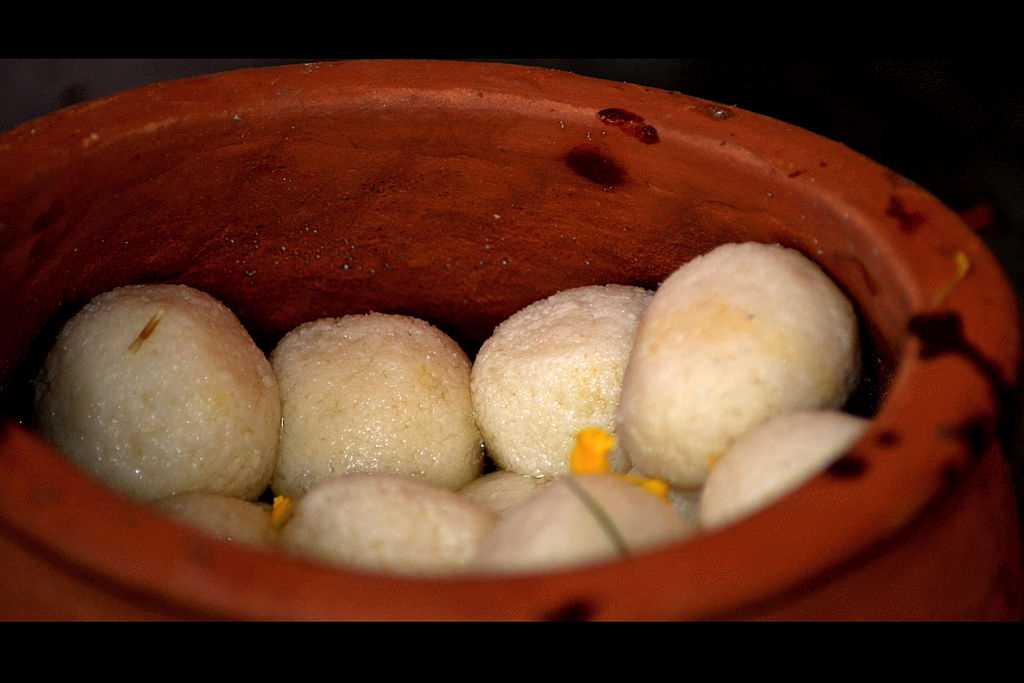 Similar to the roshogulla of Bengal in looks, Rajbhog is the darling of Bihar and twice the size of a normal roshogulla. The sweet which gives you a mouthful of pleasure and mesmerizes your senses quite literally is made out of chenna and dipped into boiling sugary syrup. The Rajbhog of Bihar is a speciality of the place and is found in its most genuine taste and form in the state. 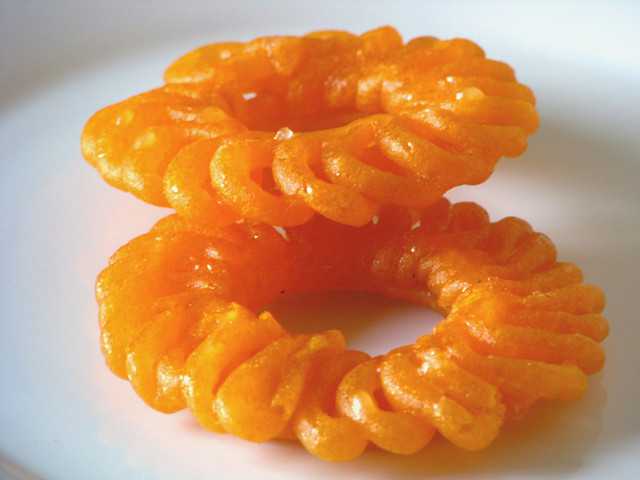 A dessert among street foods of India, jalebi or imarti as it’s known across India, is a sweet gorged upon by millions every evening on Indian streets or at homes with a cup of hot tea. Imarti or jalebi is made out of Urad flour batter which is deep-fried and then soaked in sugar syrup. A gift of the Mughals, a jalebi causes an explosion of sweetness in your mouth. The best places to have Indian sweet dish jalebi are Lucknow and Delhi. 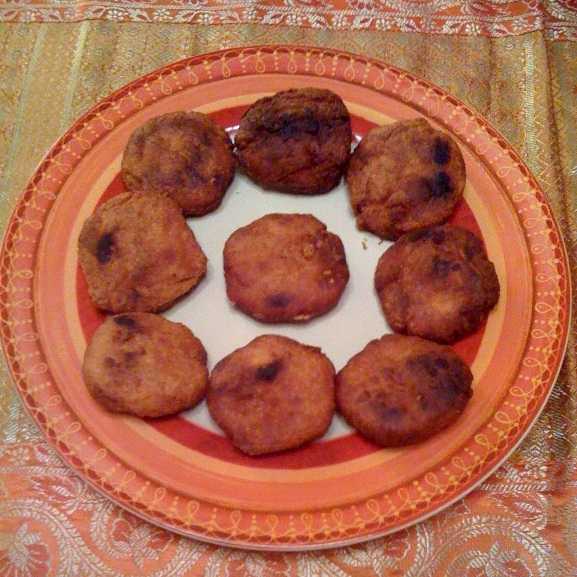 The tastiest sweet dish of Tamil Nadu, Adhisaram is a dessert of the gods according to the Tamils and is offered as prayer sweets during Diwali like major festivals. The sweet has been part of Tamil culture since antiquity and is made out of rice flour, jaggery, butter and pepper. Kumbakonam, The best place to eat adhisaram during the Panchavarnesvar Temple festival. 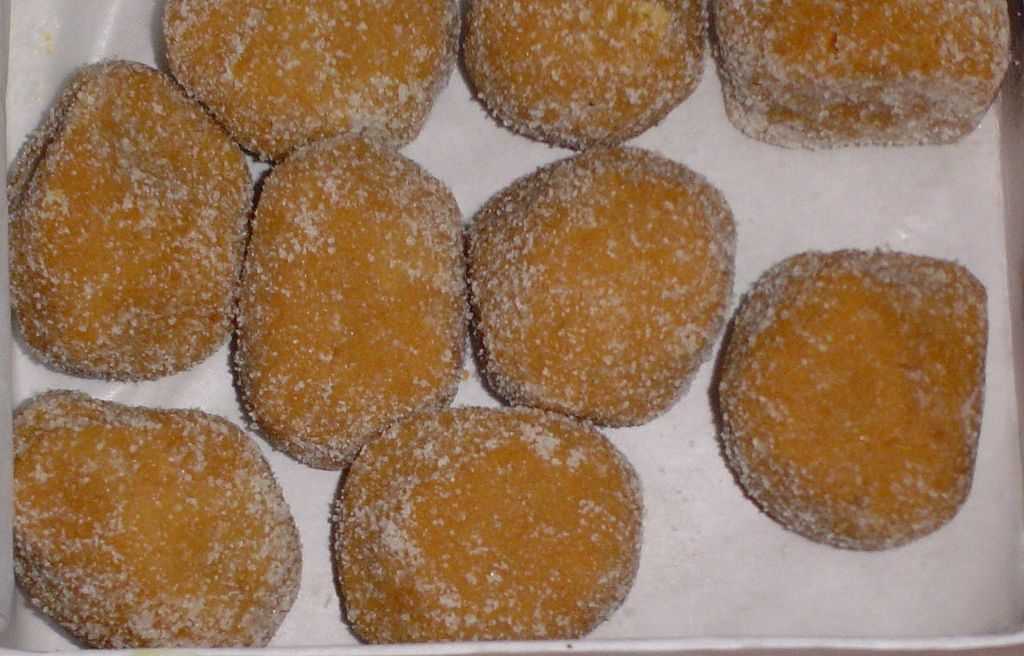 A delightful sweet dish coming from a small town of Dharwad in Karnataka, Dharwad Pedha was invented by the Thakur family some 175 years ago. The pedhas found only in the town of Dharwad is a marvellous sweet of South India, which has delighted the locals here for over a century. Made out of thick milk and sugar, Dharwad pedha is only sold by the Thakurs at their sweet shop in Line Bazaar and the preparation technique is a guarded family secret.

The variety of sweets in India is endless and at times the same sweet is known by multiple names in different parts of the country.
If you're fond of sweets, here is a list of Bengali Sweets that you must try out.

If you are planning to travel to North-East, Here are the dishes you shouldn’t miss

Places For Bungee Jumping in India