A Graffiti Trail of Shahpur Jat – So Delhi 2

Street art adds character and a certain charm to the otherwise seemingly nondescript cities across the globe. It amuses, aestheticizes and adds meaning to bricks and mortar. Once, meaningful graffiti worked as an important part of the counterculture movement and even now Bansky is known as a serious art form. Indian cities are not fully conducive to such acts and generally political propaganda dominates the walls but still, in several major cities we can witness memorable and thought provoking artwork. 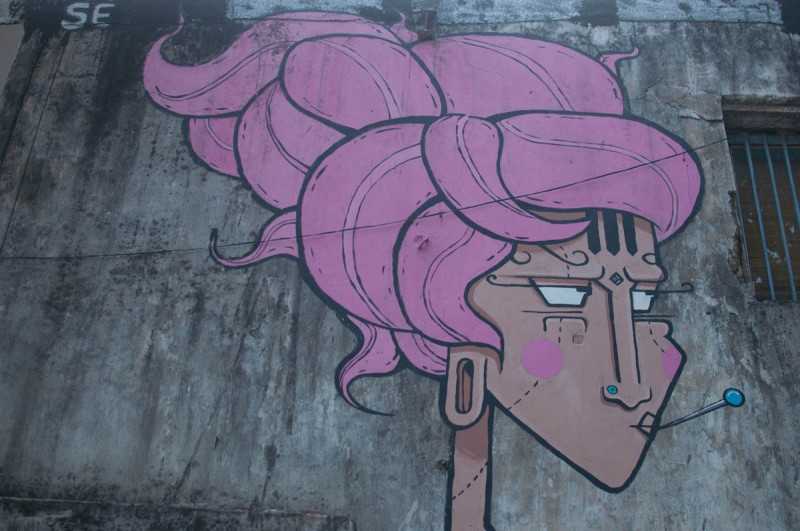 In Delhi, there has been a conscious attempt to do the same in recent years, especially by St.ART Delhi, the urban art festival. Among all the places, Shahpur Jat seems to be the luckiest in this regard. The entire area is dotted with giant graffiti and every turn at the end of those narrow alleys greets you with one surreal view after another. 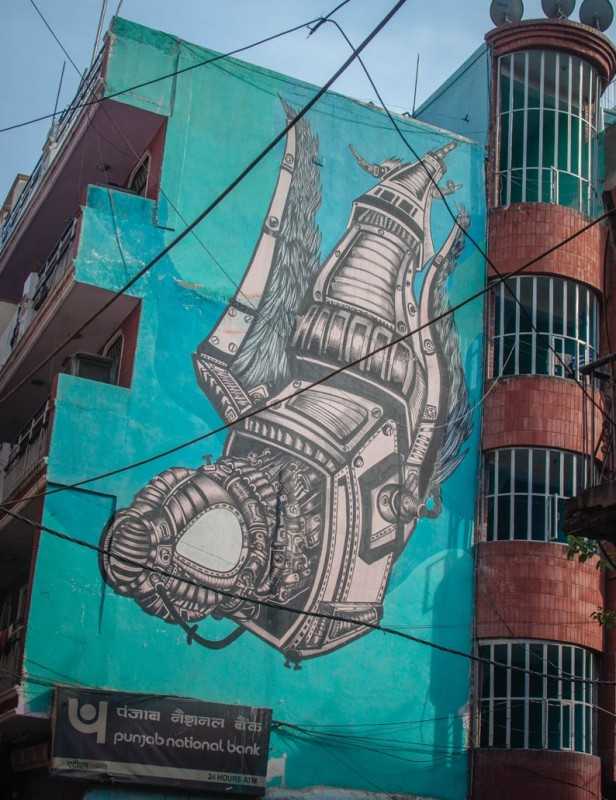 You may spot creatures straight out of sci-fi films or semi-mythological beings with several heads & angry birds about to pounce on you but amidst all these you will also notice poignant and realistic graffiti of children leaving their impact on each passer-by. The subject itself is a part of the personal creative process of the artists themselves and in a way, what they bring to it is truly a global project.

You can decrypt your own interpretation in most cases and that is probably the best part about it. These artists are not only creating art in their studios and showcasing it in elitist galleries; they are literally taking them to the streets, the nooks and corners & the masses.

Initially it was difficult to convince people to get permissions for painting their walls but now they have become distinctive symbols in the area and one can tell you what is painted around a particular house rather than informing you of a plot and lane number. 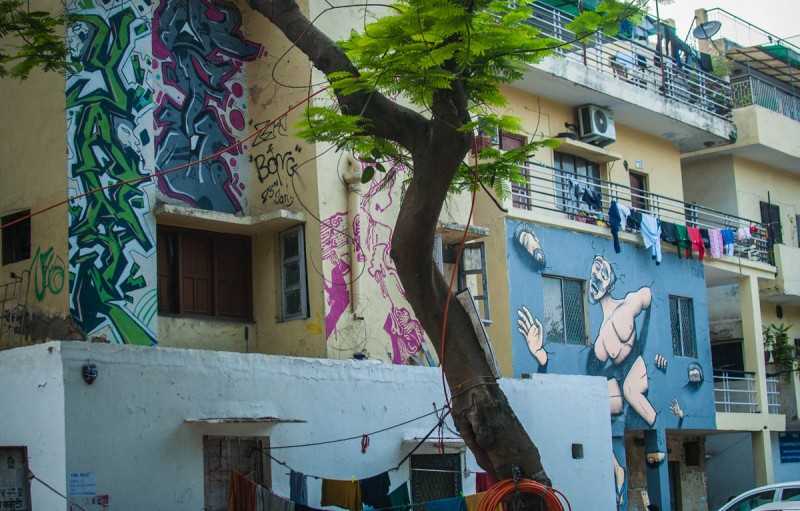 St.ART has brought together artists not only from different parts of India but from around the world too. Signatures of the respective artists can be seen under every art and you can easily locate Japanese, Brazilians and Germans etc. along with Indian artists marked under these graffiti.

In a lot of cases you may know the artists by their pseudonym rather than their real names. Some of the most interesting ones include YANTR from Assam whose name means machine and whose work reflects the complex relationship between the organic and the industrial world, ANPU from Delhi whose works are saturated with feline beings, INTI from Chile who fuses matters of life and death with Christian symbolism and LADY AIKO from Japan who explores female sexuality in globalized times through traditional Japanese forms. 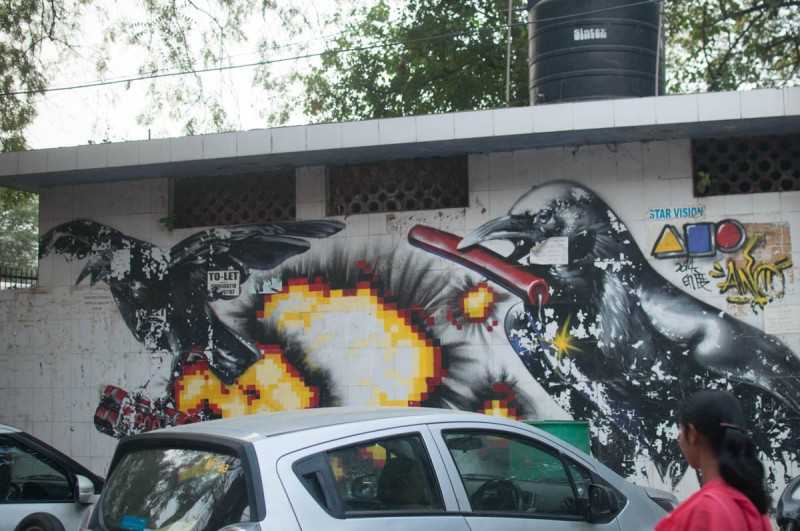 Spot them on the outer walls of large residential buildings, on the dustbins and also inside the buildings too if you look closely. Subject matters vary. In some cases you won’t be able to figure out what the artist is trying to convey but that only adds to the surreal aura of these art pieces. 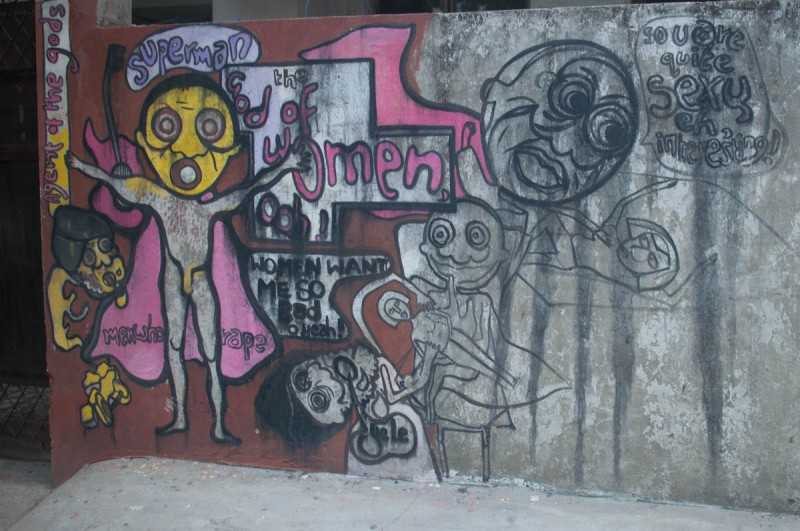 Initially, an experimental project carried out in certain urban villages of Delhi, we can only wish that it expands soon and the entire city gets soaked in intelligent and stirring street art that overshadows the squalor and commotion around them.

This article is a guest-post from the Editors at SoDelhi.com, an online platform that eats, breathes and sleeps Delhi! Log on to explore the best things to see, to do and to experience in the city – tap into the one stop shop for Delhi NCR.