The most celebrated Muslim festival in India is going on this month. Ramadan – celebrated in the ninth month of the Islamic Calendar, is a month of fasting which signifies the time to purify one’s soul. This fast is observed for a period of 30 days, the day after this is marked by grand celebrations. Eid is the day when Muslims wear their finest and greet each other while offering Namaz and savoring delicacies made especially for this occasion.

This year, Ramadan starts from the 18th of June and runs up till the 17th of July. The month of Ramadan (pronounces as Ramazan in Persian, Urdu and Turkish) assembles people of this faith in large numbers at Islamic holy places like Mosques or Dargahs. Some of these are centuries old and depict the first traces of Islamic architecture in India. Over the years, Islamic architecture which originally was influenced by Turkish, and Persian which later culminated into Mughal architecture, now has come to be known as Indo- Islamic architecture having been infused with Indian architectural traits.

Some of the most popular features of this Indo- Islamic architecture include high domes with pillars around it, large open courtyards, and high minarets. Red sandstone was a preferred material to build these structures. There are several structures of Islamic architecture in India that showcases the beauty of this architecture which continues to inspire new structures. But the charm still remains in the older ones which are both rich in history and culture. 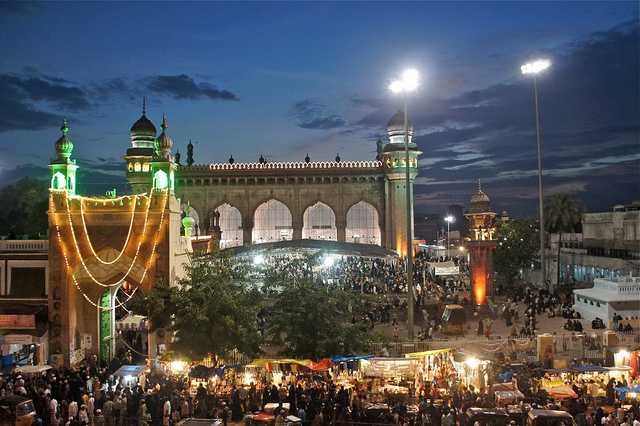 If Mecca Masjid finds itself being a tourist attraction throughout the year, the month of Ramadan makes it probably the busiest of places in Hyderabad. The already crowded lanes play host to small shops selling all sorts of things, ranging from toy guns to bangles and the Hyderabad special delicacies. The rains only add to the chaos and it’s not hard to get lost in the markets here. The Masjid started its foundation in the 1600s, when the ruling king commissioned to build bricks from the soil brought from Mecca – the holiest land of Islam. These bricks were used to form the central ark of the structure and took them more than 50 years to complete the entire masjid. The main structure of this Islamic Architecture in India which houses a small dome surrounded by minarets was placed between two columns made out of single pieces of granite. These columns have arched balconies at the top which continues further till it is covered by a dome. The entrance courtyard of the mosque houses the graves of the Asif Jahi rulers, containing the tombs of all Nizams and their families. The structure closely resembles to that of the Char Minar which is located nearby. The place is a must visit during Ramadan for anyone who wishes to experience the Islamic culture first hand. The sound of the prayers, the smell of the seekh kabab and the bustling crowd make for a once in a lifetime experience. 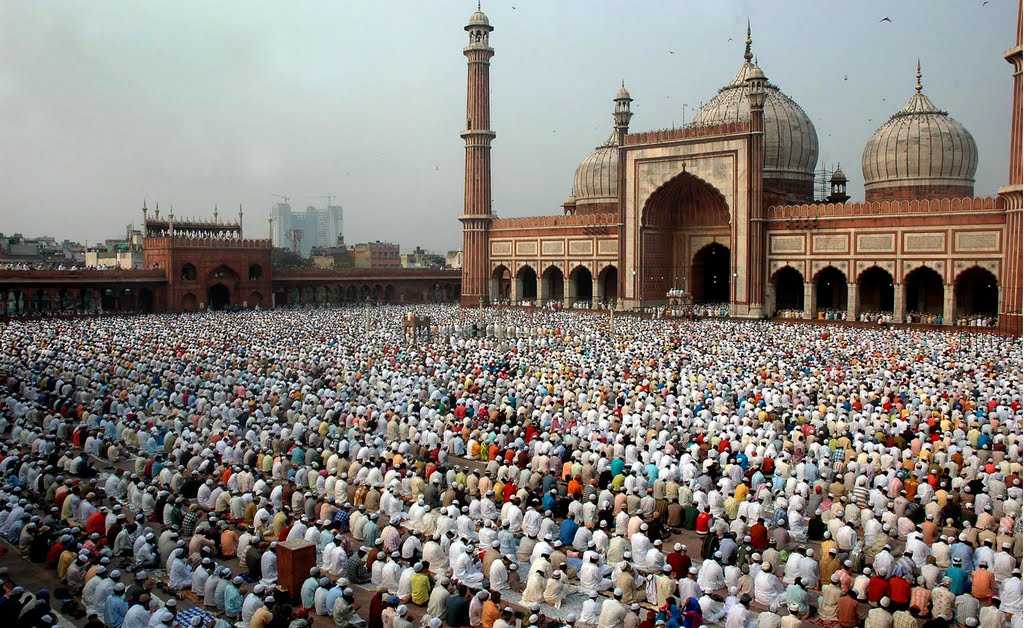 The biggest Mosque and Islamic Architecture in India springs to life during Ramadan as its large courtyards are filled with hundreds of people gathered to break their fast. Families huddle up on sheets of cloth or newspapers spread out to indulge in some delicious iftar meals. A wide variety of food is prepared for this occasion in Matia Mahal, a narrow alley near the mosque which sees a lot of temporary food stalls crop during Ramadan. Most of the stalls don’t even have a name but a single binding objective to serve the community and not let anyone leave starving. The Mosque built by Shah Jahan, is one of the most important and largest mosques in India, befittingly called the Grand Mosque. Located centrally in old Delhi, the courtyard can hold up to twenty-five thousand worshipers. The foundation of the mosque was set on a hillock and it took about 6 years and over 6000 workers to complete the structure. The mosque is 261 feet high and is covered with 3 domes with alternated white and black stripes while most of the upper part is covered with gold. Two high minarets stand tall on either side of the domes. Shah Jahan also built several other mosques of similar plan but smaller in structure than that of Jama Masjid in Delhi. 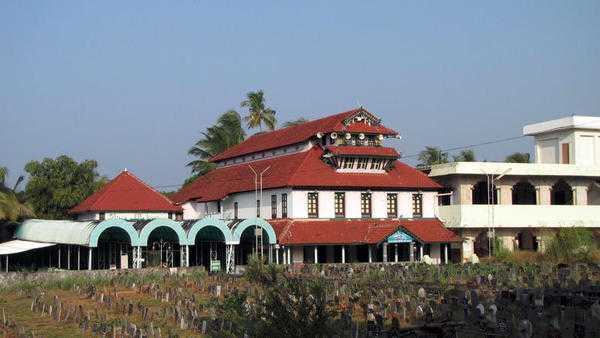 One of the oldest and well-kept Islamic Architecture in Kerala, Malik Dinar is believed to be around 1400 years old. It has now come to be known as the centre of Islam in the west coast of India. Malik Ibn Dinar, who is famous for being the first to bring Islam to India, founded this mosque. This place is highly sacred to Muslims which also contains the grave of Malik Ibn Mohammed who was a descendent of Malik Ibn Dinar. The architecture of the mosque heavily depicts the Islamic architecture at the time of the Persian influence which is why the structure of the mosque is not similar to that of the other mosque which has a primary feature of domes, that’s absent here.

An important celebration takes place to commemorate the arrival of Malik Ibn Dinar every year which is one of the two most celebrated festivals here, the second one being Ramdan. A large number of devotees gather in the Mosque premises which gain a lot of attention during these days as opposed to the rather laid back nature it otherwise observes. Inspite of being in the land of the exclusive South Indian food, you’d be pretty amazed at the wide spread authentic ‘iftar’ delicacies you would find here. The shops here sell some beautifully hand crafted embroidered skull caps that for forms part of Islamic identity. 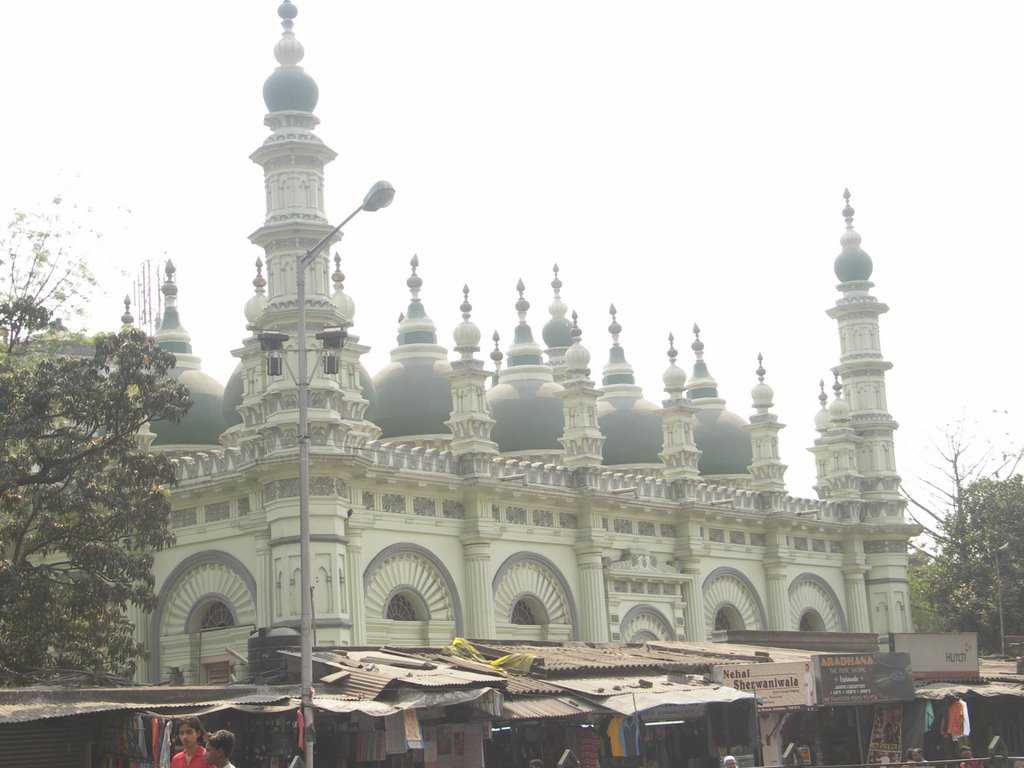 Built by the youngest son of Tipu Sultan, Prince Ghulam Mohammed in the year 1832 is a spectacular relic of the Indo-Islamic architecture and cultural heritage. Facing south, this mosque has 16 domes surrounded by four minarets and double aisled. The intricate designs of the mosque resemble the Moghul architecture while the rounded arches are drawn from classical Islamic Architecture that gives it a subtle European look. It forms an integral part of the cultural heritage of Kolkata. It is open for people of all religion and faith to visit the mosque and marvel at the gorgeous architecture. Even during Ramdan, you can see people of all faith gathering amicably around the Mosque and though they don’t participate in the prayers but are warmly invited to join in the feast of some mouth-watering dishes. 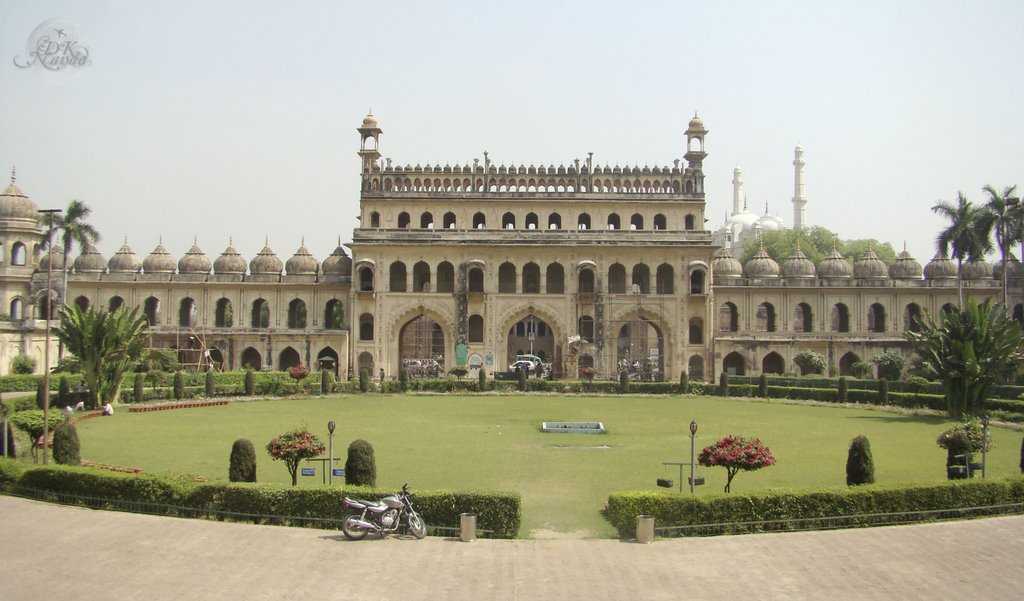 Also known as Asfi Inambara named after the Nawab of Lucknow who commissioned the structure. Bara means big and Imambara meaning shrine, it is one of the largest Islamic Architecture in India and an important place of worship for which people gather here on every religious festival. Ramdan being the most celebrated festival witnesses a crowd of large numbers accumulating the courtyard to offer prayers and celebrate’ iftar’ with loved ones. The last day of Ramdan and the day of Eid are the busiest day here with people bustling about wishing each other while the make shift shops put up an exhibition of food and crafts for sale.

The architecture of Bara Imambara, though on the lines of Indo-Islamic architecture is actually quite unique. The central hall of Bara Imambara is said to be the largest arched hall in the world. But what makes it unique is that the blocks used to construct are of the interlocking system with absolutely no use of girders and beams. Till date the roof stands strong without any pillars to support it. Apart from this, Bara Imambara is known for its Bhulbhulaiya – an incredible maze, located at the upper floor and the only way to find your way out is with a guide. It leads to top of the monument from where you can see a panoramic view of the city of Lucknow. 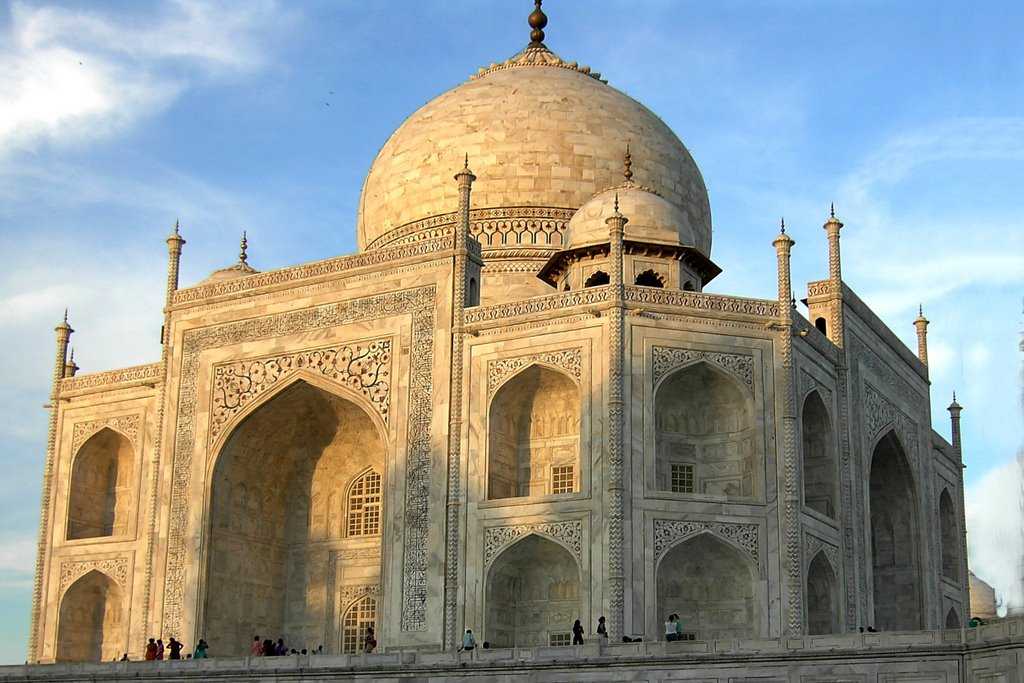 It is impossible to talk about Islamic Architecture in India and not mention Taj Mahal – an ode to art as much as it is to love. The white marble dome of the Mausoleum is one of the most recognized structures in the world. However, little is known of the minarets that stand beside it. Minarets weren’t a common feature of Islamic architecture until the 17th century and Emperor Shah Jahan had a big contribution towards it. Shah Jahan’s idea behind the structure was to create a replica of the house of the departed in paradise on earth. The constant changing color of the structure because of the light that falls on the marble isn’t a lucky coincidence but was a deliberate attempt to feature the light of god for light is a Moghul metaphor for God. Another feature that stands out in the structure is the calligraphic use of passages from the Holy Book of Quran that is used as decorative elements on the structure.

Tourists flock the place all throughout the year, most visit especially during Ramdan for the promise of scrumptious food that is prepared by small stalls and huge restaurants all offering their very best. Apart from this, the Taj Mahal takes on a different hue during this month with the hustle and bustle of the festivities. If the sight of the Taj Mahal itself wasn’t enough, then the thousands of people gathered together, bowing their heads down in gratitude only reaffirms the power of faith among people.

Deserts in India For An Unforgettable Desert Adventure

Colossal Statues in India That You Should Definitely Visit