Explore the Beauty of the Wei Sawdong Falls

Everyone who calls himself a traveller knows one thing for sure, and that is enjoying the journey more than the destination. For me, this year was a great travelling experience. I didn’t just visit too many great places, but these journeys taught me a lot, also.

Start The Year With New Expeditions

I started 2019 with a visit to the Taj Mahal and the nearby area of Fatehpur Sikri. Although born and brought up in the state of Uttar Pradesh, it took me twenty-five years of my life to finally behold the beauty of one of the Seven Wonders of the world.

The Visit To Wei Sawdong Falls In Meghalaya 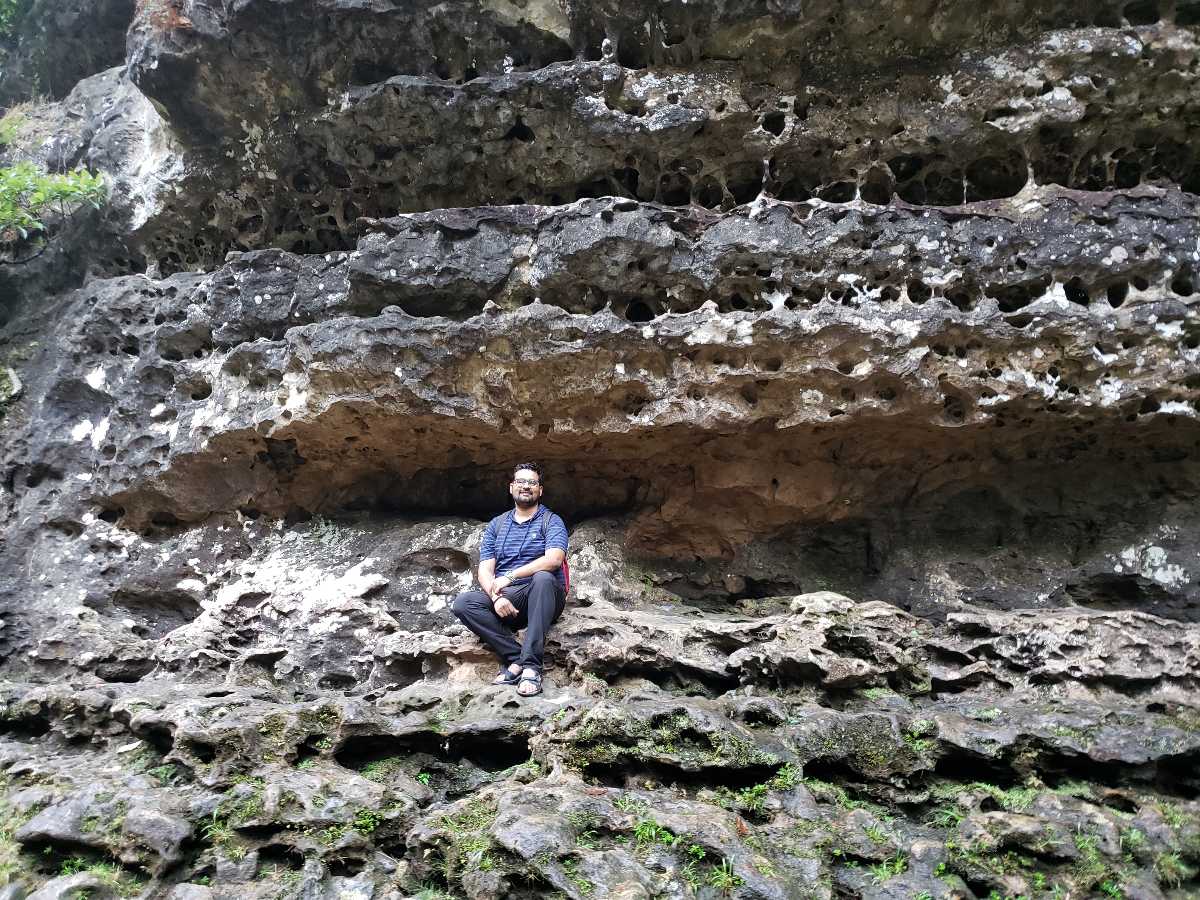 The next stop was the densest tiger reserve during Holi. We road tripped some 350 kilometres to Bandhavgarh. My third trip was to the abode of clouds in July, just after the last strike of monsoon in the region. This blog is about one such place that I visited in the state. It wasn’t the prettiest of places I visited, but it was undoubtedly the one that taught me how one small hike could install a sack full of confidence in you, to push your limits.

Situated some 20 kilometres away from Sohra, my friends and I visited a waterfall by the name of Wei Sawdong. It was our third day at the place, and we had just visited the Garden of Caves before. It was around 4:30 in the evening when we started the descent to the fall which was surrounded by lush green rainforest. All three of us were carrying a small backpack and nothing else to keep our hands free.
Although I carried the camera, I didn’t get the time to take it out during descent or the journey upwards. 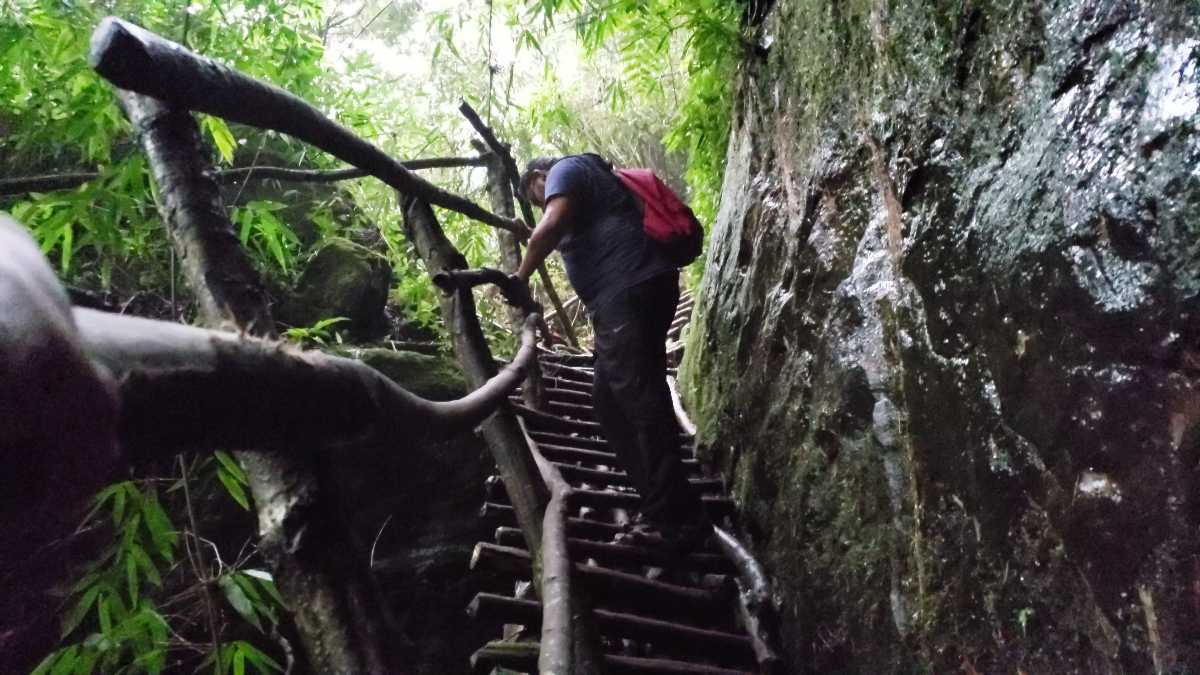 The whole journey can be divided into two parts. The first being the easier one -the makeshift stairs were steep and had mountains at both sides of the trail. At the end of the trail, there was a viewpoint from where you could see the fall. We met a group of travellers who were going back from the viewpoint, and after a few moments, we realised why they were doing that.
The second part began with more steep steps leading to makeshift unstable bamboo ladders against a damp and wet mountain rock where you'd have to climb down one person at a time because it looked as if any extra weight would bring the whole thing down. The Ladder was muddy and greasy, and one wrong step would have led to a severe fall down. It's really impossible to express what I felt climbing down those rusty, creaky bamboo steps. 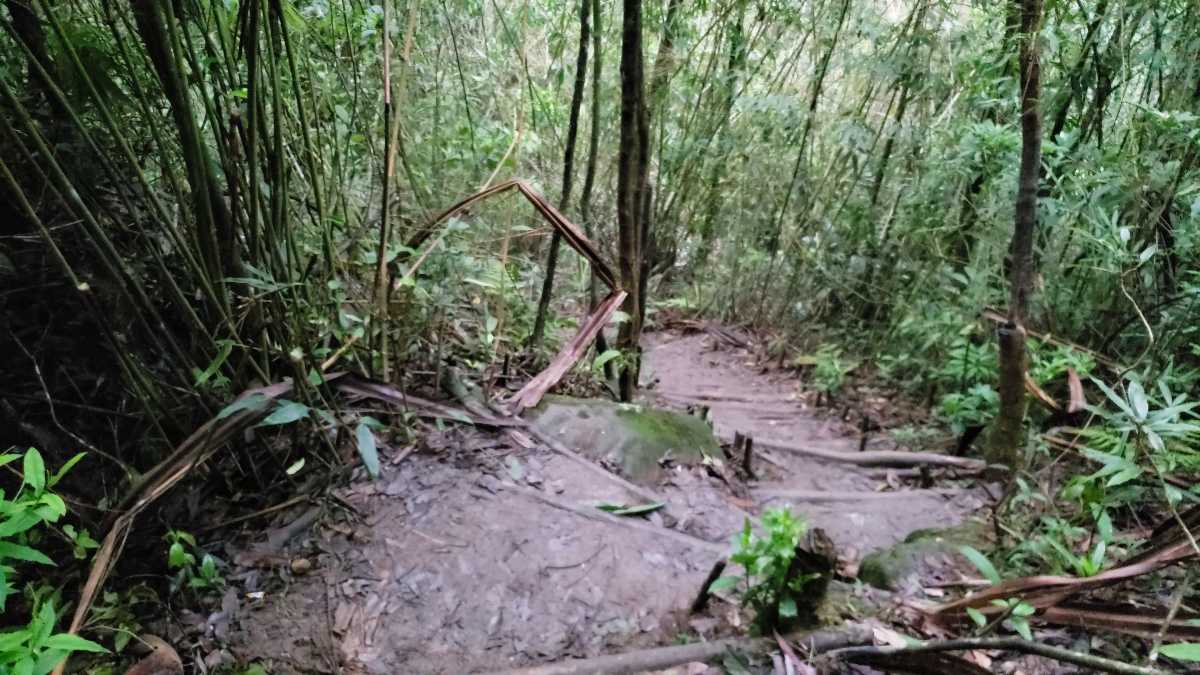 Even when the stairs ended, the things settled down a little but not the flow of water. A three-step roaring waterfall welcomed us at the end of the stairs. More than the serenity of the nature or the wilderness of the falls, it was the sense of accomplishment that filled us, especially me, being the unhealthiest of the lot, and 90 kgs I weight, being able to finish the treks helped me a lot; especially in the two treks that I took after that. 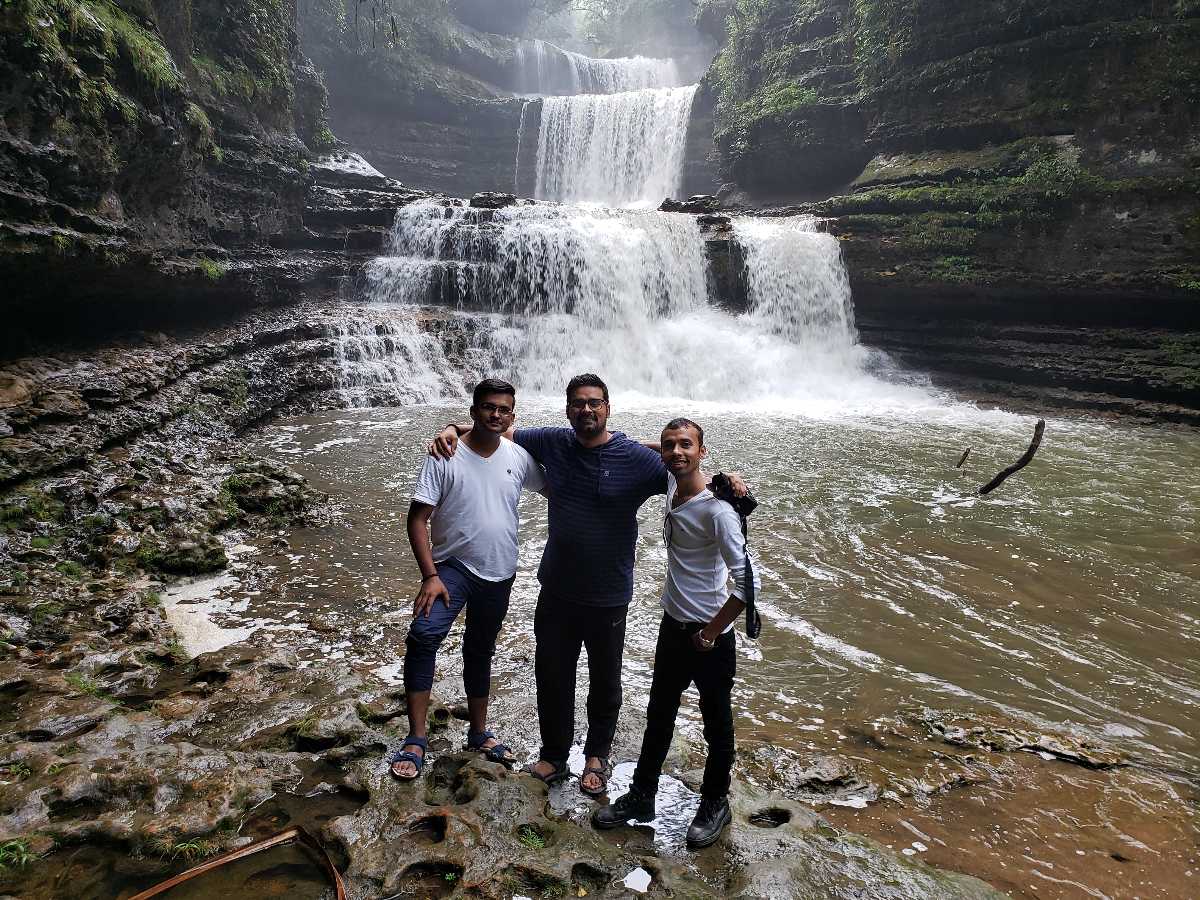 Climbing up was more tiring than difficult! We climbed the whole distance up in sixty minutes; my heart rate was around 155 when we measured it at the top. As soon as we reached the top, I just laid down on the road.

All of the other falls that I visited had proper safety measures, not this one. This one was just blunt nature and some makeshift arrangements to visit one of the most difficult treks that I'd ever gone on. It was short but not at all an easy one.

After the fall we visited the double root bridge and climbed up from the region near the rainbow falls towards Nohkalikai Falls. The journey was a seven hour-long and trailed upwards, and I trekked it in just a single go because by now, I was used to these difficult hikes. The same happened with the trek to Khaliya top near Munsiyari in August. The descent to fall installed in me the audacity to trust my body and do things I want to without second thoughts.

The trip, the year and everything else is nearing the end but what will remain with me is the feeling of content that I felt at the end of that waterfall. I guess somewhere while climbing down the fall, I transcended my comfort zone and extended my limits.

Amazing Caves in Thailand You Need to Explore

Waterfalls in Maui for a Refreshing Dip

Hiking in Honolulu is fantastic for the adventure lover in you

Cycling in Chicago: 13 Challenging Bike Trails in Chicago That You Wouldn't Want to Miss!

Spots to Catch the Best Sunrise in Wellington

Caves in San Diego - 4 Sea Caves like No Other

Places To Visit Before They Disappear From Earth

One Day in Singapore

Amazing Natural Caves in Malaysia for an Enticing Vacation

Move Over Goa, This Is India's Hottest Upcoming Destination

Best Places to Zipline in India

9 Landscapes of Nepal Which Will Take Your Breath Away

Amazing Caves in Thailand You Need to Explore

Waterfalls in Maui for a Refreshing Dip

Hiking in Honolulu is fantastic for the adventure lover in you