Paris of India: The Beautiful, Romantic City of Jaipur

Jaipur is the first planned city of India and it's numerous tourist attractions gives it the name Paris of India. It is also known as the pink city due to its dominant colour scheme of the town. Vidyadhar Bhattacharya planned the town, and it was made the capital of newly formed state Rajasthan after India got independence from the colonial rule of British.

Why is Jaipur called the Paris of India?

Due to the number of tourists visiting these monuments and paying tribute to the historical traditions of the city, this city's nickname is Paris of India. Being one of the most majestic and vibrant cities in India, Jaipur got its nickname a while back when an outsider stepped in and witnessed the royal decor, ornate temples, busy marketplaces, magnificent wildlife, a fantastic nightlife, and so many trees to keep the environment light and fresh. It reminded her of Paris, which had a very similar flavour to it. She also added by saying it is difficult to capture the essence of Jaipur in mere words, and one needs to come to the Paris of India to feel the vibrancy and the colourful nature of the city to understand the nickname. Apart from being called the pink city, Jaipur's being the Paris of India caught a lot of people's attention, aided the tourism culture and gave the state's economy a significant boost.

Heritage Sites in Jaipur, The Paris of India

The city consists of major landmarks of our world, like Hawa Mahal, Jantar Mantar, city palace, Jaigarh Fort, Birla Mandir, Govind Dev Ji temple, Garh Ganesh temple, Moti Dungri Ganesh Temple, Sanghi Ji Jain Temple, Jaipur Zoo, Jal Mahal, Amer Fort, and Nahargarh Fort. This city is the home of two of UNESCO's world heritage sites- Jantar Mantar and Amer Fort. It is a popular tourist site and forms a golden triangle along with Agra and Delhi in the west. It is a gateway to other travel destinations like Jaisalmer, Udaipur, Jodhpur, etc. the city got enlisted in top 15 expensive hotels by CNN in the Raj Palace hotel billing 45,000 USD per night for the presidential suite. 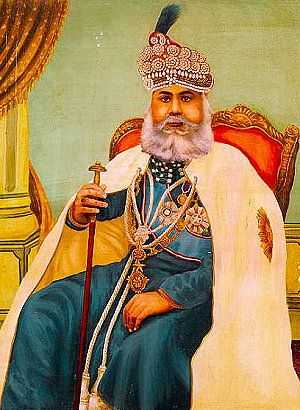 Let's take a flashback to how the city came to life. The current capital of Rajasthan came into existence around 1727 AD by Maharaja Sawai Jai Singh II. He was 11 years old when he was the king of Jaipur, and he came to power soon after the demise of his father Maharaja Bisham Singh on 31st December 1699. Maharaja Sawai Jai Singh II was born in the city of amber on 3rd November 1688. In his early stages of life, he was serving as a Mughal vassal, but later he broke free from the rule of Mughal hegemony and asserted his sovereignty.

Food and Culture in The Paris of India

This city is popular among tourists and is one of the significant sources of revenue for the Indian government when it comes to tourism and travel and thereby is famously called the Paris of India. This city has made its mark on the global circuit by getting the recognition as one of the pillars of the rustic Indian cultural sites. The heritage of this city is divided into the various monuments and most importantly, its people who have loads of stories to tell about how this cross-cultural city came into being.

View 62 places to visit in Jaipur

7 Best Resorts in Jaipur For an Unforgettable Stay

13 Homestays In Jaipur For A Unique Stay Experience

16 Exciting Experiences for Camping in Jaipur

13 Romantic Resorts In Jaipur For Couples

View All Hotels In Jaipur

Places to visit near Jaipur under 200kms

Places to visit near Jaipur Within 300 kms

Places to visit near Jaipur under 400kms