"Resplendent in the hues of its noble and magnificent past, the historic city of Jaipur stands out as one of the most spectacular and culturally vibrant destinations in the world", says Kate Smith. Jaipur, the capital of Rajasthan, with its flamboyancy is winning hearts since ages. The city excels the art of welcoming its visitors with open arms. Its present face is a humble reflection of its rich historical past. Yes! Jaipur, despite a lot of modernisation, hasn't left its roots.

Here is a quick look at the History of Jaipur.

Birth of the City 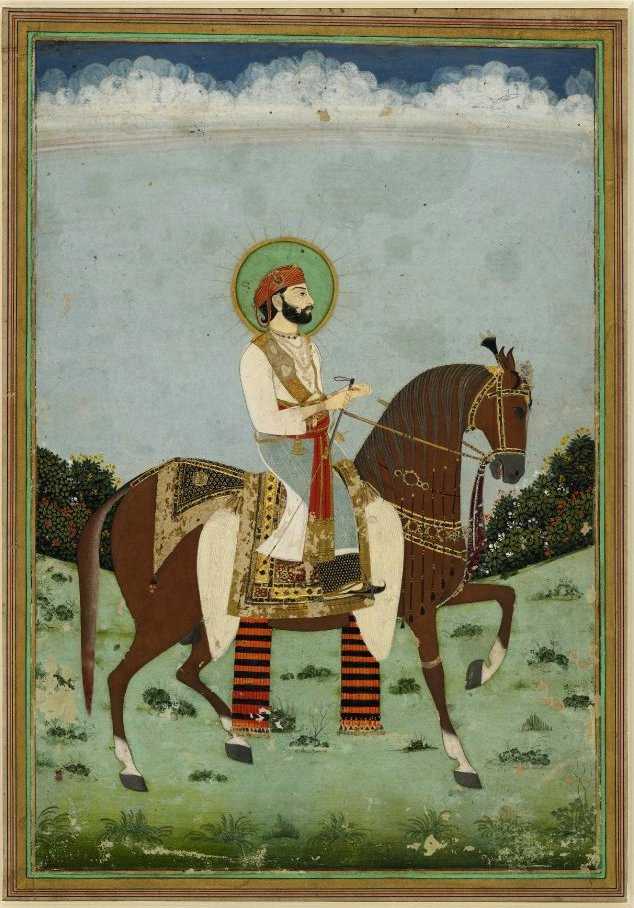 The history of Jaipur began when the Jaipur Kingdom was formed after succeeding the vibrant and prosperous kingdom of Amber. The colourful city was founded by Maharaja Jai Singh II, also known as Sawai Jai Singh in 1727. No doubt that Jaipur is a well-designed city as its founder was a famed mathematician and astronomer. Vidyadhar Bhattacharya was a Brahmin Scholar from Bengal who aided Sawai Jai Singh in laying out the city's architecture. Major places, roads and squares took 4 years for their completion and each was constructed keeping in mind the techniques of Vastu Shastra. 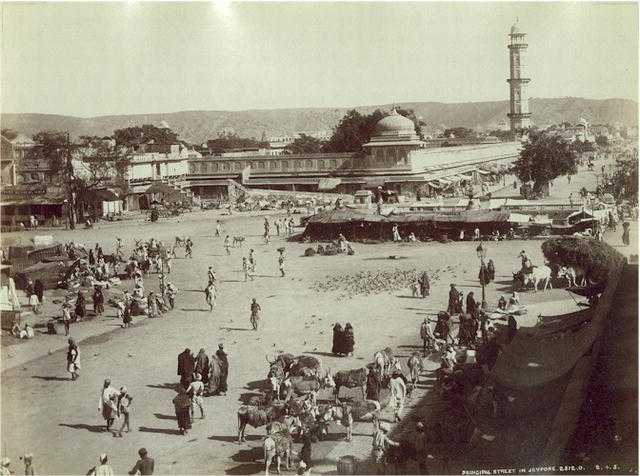 Jaipur might have struggled to be in power but it continued to be a princely state till 1948. The history of Jaipur speaks about the internal power struggles in the Pink City. Though, it had lost against Marathas in the Battle of Patan fought in 1790, it had enough wealth to carry its patronage. After Sawai Jai Singh, came Ishwari Singh, followed by different rulers belonging to Kachwaha dynasty. Jaipur became a part of Indian Union on 7 April 1949. Presently, Sawai Padmanabh Singh and his Royal Family live in The City Palace of Jaipur. 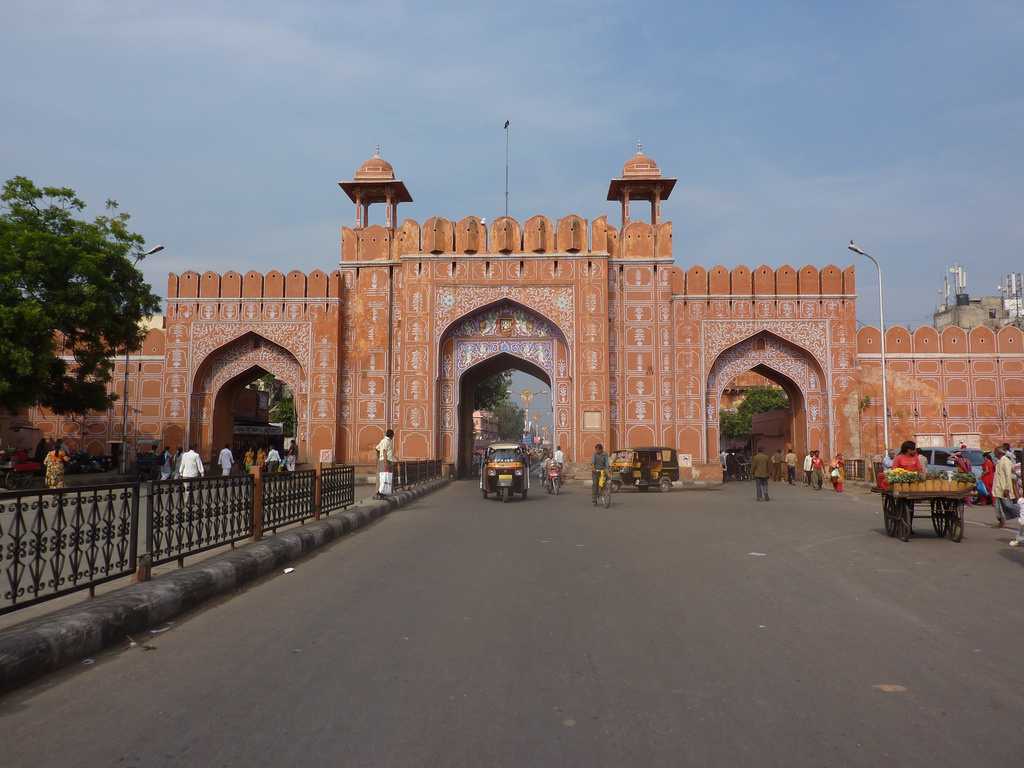 In 1876, the Prince of Wales and Queen Victoria were to pay a visit to India. Pink signifies hospitality, so to bring to life the essence of welcoming words, "Padharo Mahrey Desh", Maharajah Ram Singh got the city drenched in this beautiful colour. The colour, Terracotta Pink adds seven stars to the pride of this majestic city. Even today if you visit Jaipur, you will find the historical gates and squares that have now turned into bazaars possessing the colour of hospitality and has woven itself into the history of Jaipur

History echoes in the form of Ancient Monuments

Every wall you see in the city will make you wonder about the sumptuousness of Jaipur when it comes to architecture. Each Monument listed below has been successful in maintaining its vitality and uniqueness till date and contributes in a big way to the history of Jaipur. 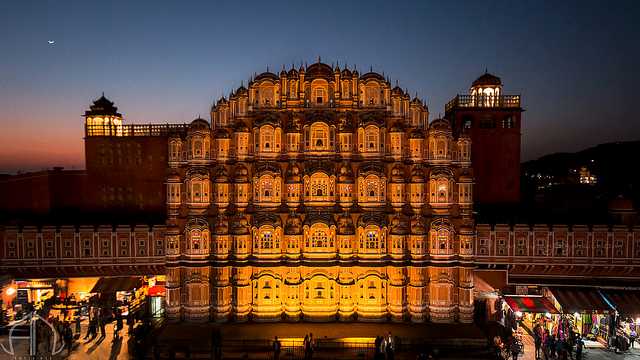 Also known as The Palace of Winds, Hawa Mahal portrays the excellence of mind and beauty. It was built by Maharaja Sawai Pratap Singh who was known for his brilliance. Purdah System was followed in the Royal Families abiding which the females weren't allowed to interact with strangers. Therefore, to keep the women of Royal Families connected with the outer world, Hawa Mahal was built. This gave them an opportunity to spectate a number of processions and events through the windows. In the form of the construction of this heritage building, a step towards the social upliftment of women was taken by Maharaja Sawai Pratap Singh. Birthplace to Princess of Amber Jodha Bai, the Fort was built by Raja Man Singh during 967 CE. The construction, renovation and expansion of the Fort were spread over a period of 100 - 150 years. Jai Man Singh I took the task of expanding the fort over Aravalli Range.

Literally meaning 'An Abode to Tigers', Nahargarh Fort was built by Maharaja Jai Singh II in 1734. The techniques of its construction are derived from Indo-European architecture. Formerly, the palace was constructed as a place of retreat but in the later periods, the Fort witnessed important treaties with Marathas. Furthermore, during the Indian Mutiny of 1857, Sawai Ram Singh shifted the Europeans and the British Resident's wife to this Fort in order to provide protection from the outer riots. 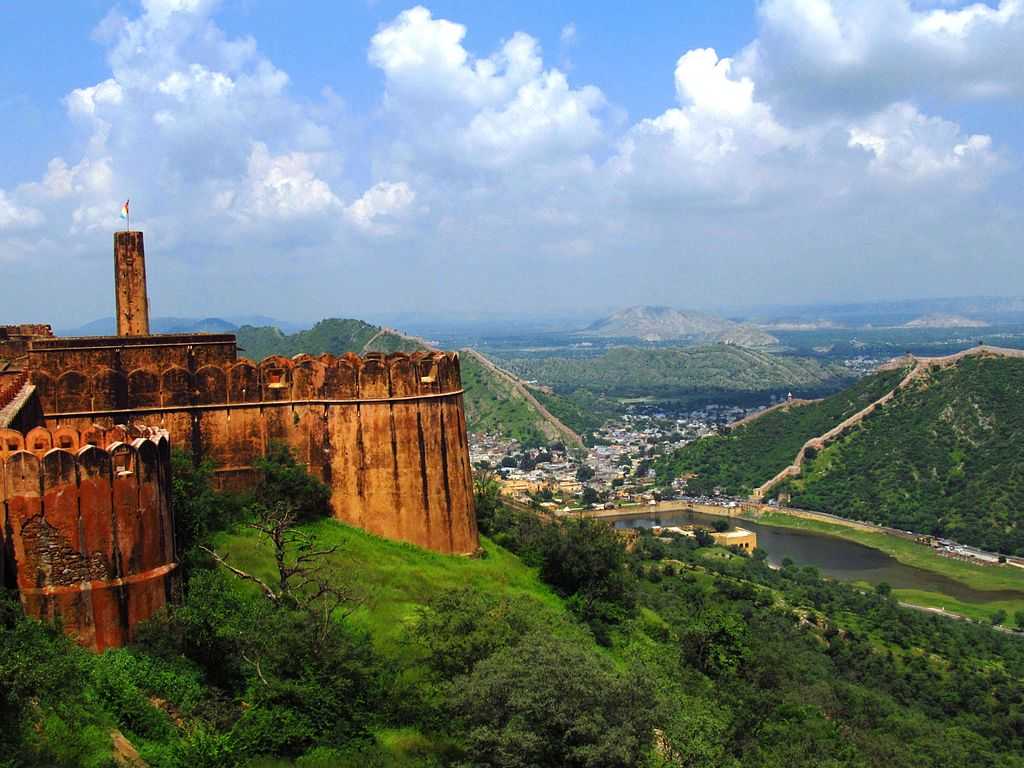 Stand anywhere in the city of Amber, and you will easily spot the endless walls of this fort. It was a defensive structure built to protect the Amber Fort in 1726 by Sawai Jai Singh. The fort was the major cannon foundry during the Mughal Dynasty because of an abundance of iron ore mines in its domain. The huge water tank which was used for storing 6 million gallons of water had chambers beneath which were used to hide the loot. Also, the fort is a home to the world's largest cannon, Jaivana cannon. 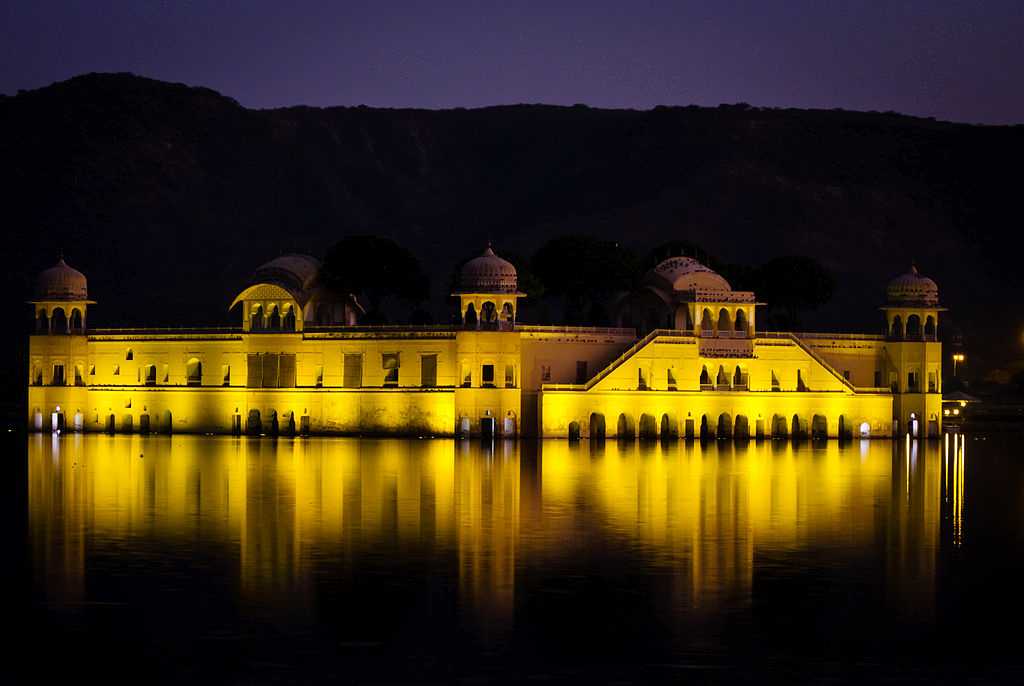 The Water Palace is situated completely away from the hubbubs of the city in the middle of Sagar Lake. In the ancient times, it acted as a hunting lodge for Maharajas. With 5 floors built in it, only the top floor remains above water level. It is a treat to one's eye when looked upon during the night time. The Jal Mahal stands as another enthralling example of the divergent thinking of city's rulers. 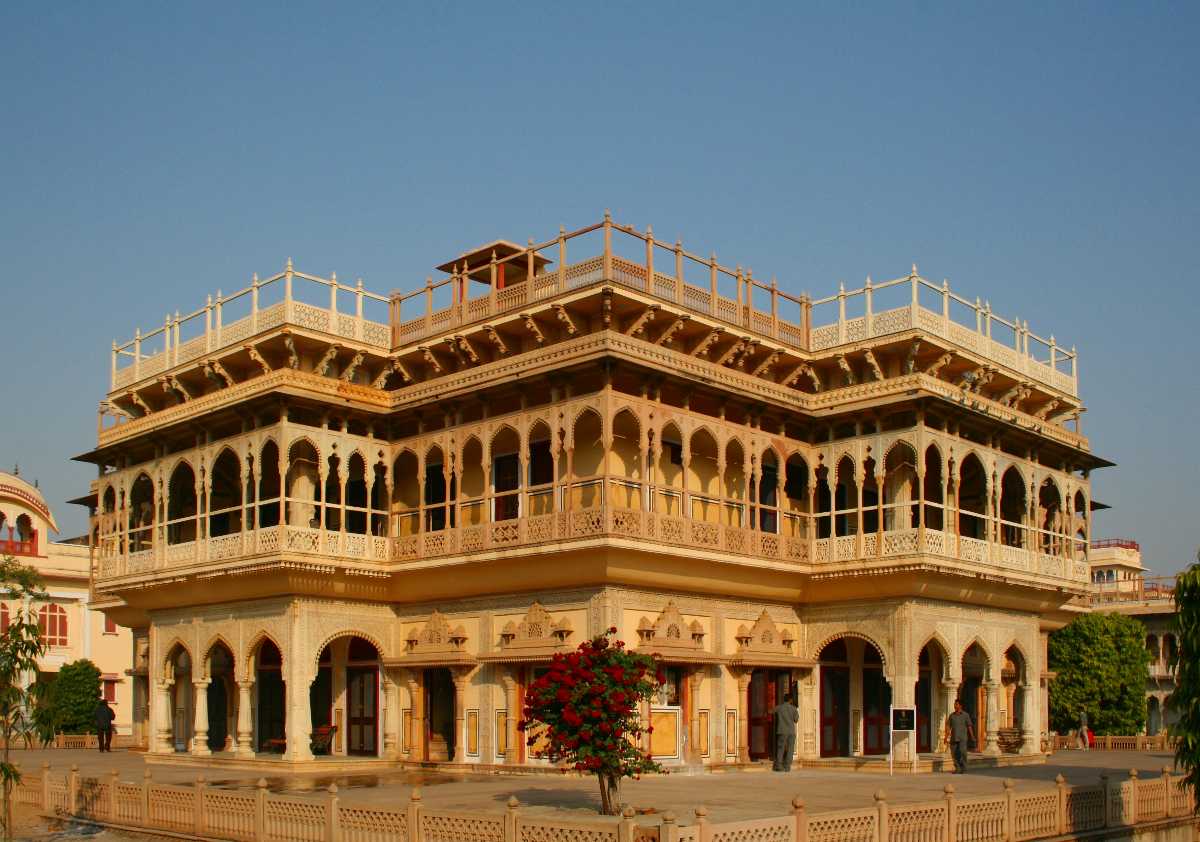 Built between 1729 and 1732; the City Palace is presently home to the Royal Family of Jaipur. The palace bestowing to its elegance comprises of Chandra Mahal and Mubrak Mahal. It has a combination of gardens, courtyards, temples and many other richly built buildings. One-seventh of the Jaipur city comes under the geographical influence of the majestic City Palace. Man Singh II was the last Maharaja of Jaipur to rule from the Chandra Palace as after that Jaipur got merged with the Indian Union. Also, today the Palace has not only become a place to witness historical valour but also one of the best options for destination weddings in India. 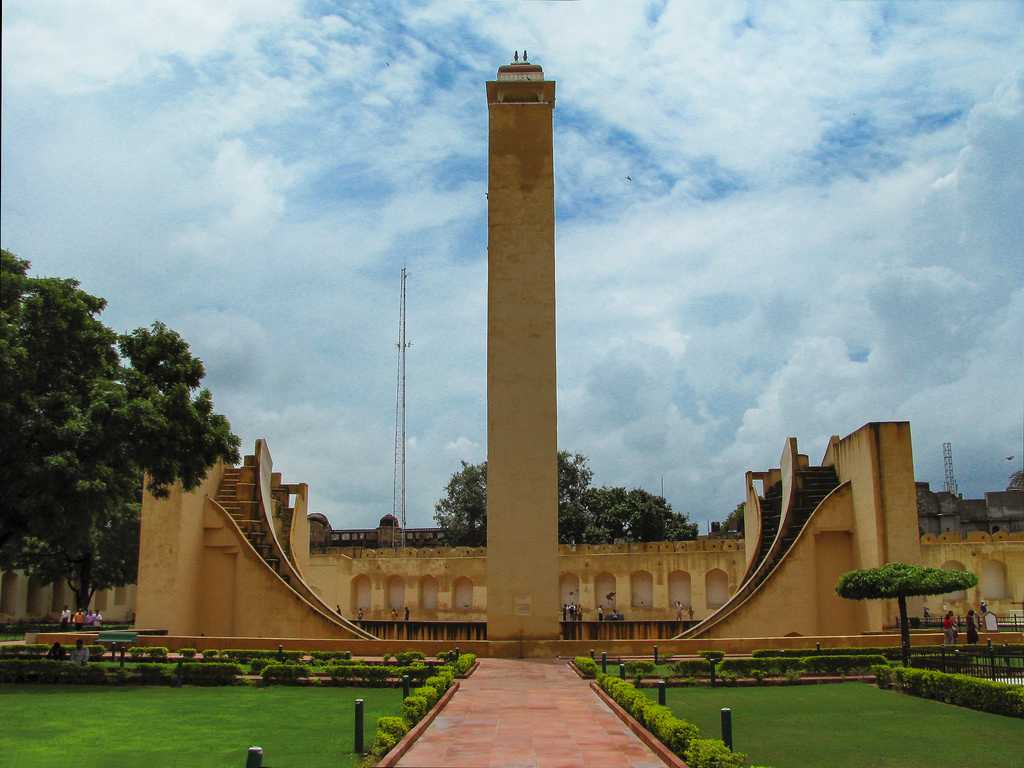 Jantar Mantar is the largest astronomical observatory among the 5 which was built by Sawai Jai Singh. The heritage attraction personifies the wisdom possessed by the former Rajputana King. It comprises of nineteen architectural astronomical instruments. The Giant Sundial or The Samrat Yantra located at the height of 27 m was used to predict seasons and movement of planets.

It seems that people in Jaipur know well about preserving their historical ardour. So visit Jaipur for an overwhelming experience of its undaunted history and experience the history of Jaipur in all its splendour.

View 67 places to visit in Jaipur

24 Resorts in Jaipur For an Unforgettable Stay

Places to Visit Near Jaipur for 2021

Temples in Jaipur for a Religious Getaway

Resorts in Jaipur For an Unforgettable Stay

Best Hotels in Jaipur for an Unforgettable Experience

Homestays In Jaipur For A Unique Stay Experience

Luxury Hotels In Jaipur for a Regal Stay

Cheap Hotels In Jaipur for a Stay in Style

Budget Hotels in Jaipur for a Pocket Friendly Vacay

Luxury Resorts In Jaipur For An Exquisite Stay

Best 3-Star Hotels in Jaipur for a Budgeted Stay

Best 5-Star Heritage Hotel in Jaipur for a Royal Stay

Resorts In Jaipur With Private Pool for a Chill Stay

Best Hotels In Jaipur With Bathtub

Best Hotels In Jaipur With Jacuzzi

Resorts in Jaipur for Day Outing and a Wonderful Time

Wedding Resorts In Jaipur for a Memorable Wedding

Resorts In Jaipur For Couples

Best Resorts In Jaipur For Family

Villas Near Jaipur for a Luxuriant Stay