₹ 9,000 onwards View Packages
We all have memories of reaching the railway station, buying a dozen magazines, comics and packets of munchies, and fighting for the window seat. For the trainspotting enthusiasts, below are 12 of the most beautiful rail journeys in India offered to you by the lifeline of India.

There are always a few things in our lives that we enjoy, all through our childhood to way later. For most Indians, and people who have lived and grown up in India, it is train journeys. The Indian Railways reaches out to 30 million people across all nooks and corners of the culturally and topographically diverse subcontinent.

Here is a list of most beautiful rail routes in India: 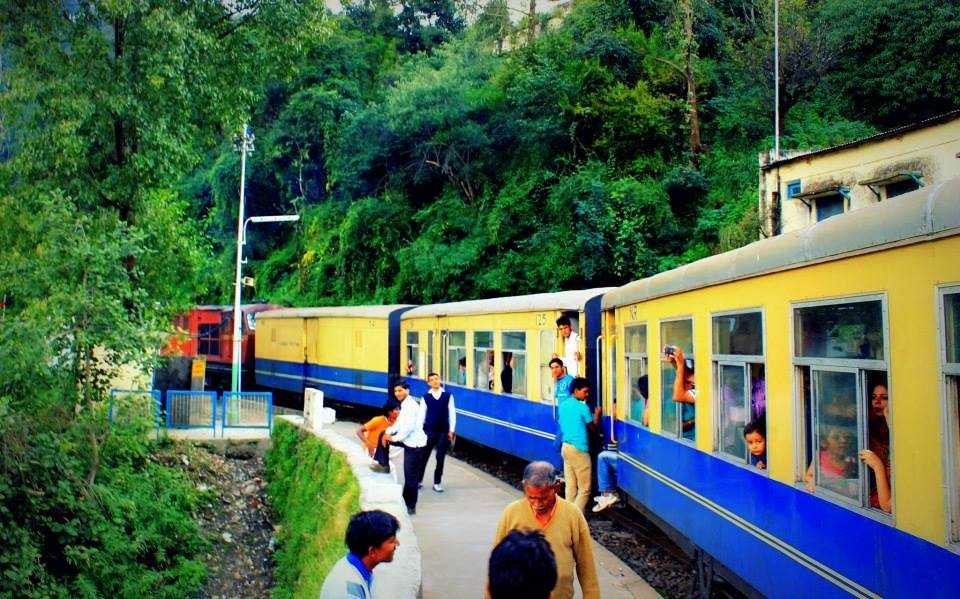 For those of you who enjoy movies and feeling ‘filmy’ when you travel, this rail journey by the “toy train” is a must. The trains that run on this route resemble toy trains that awaken the inner child in you. 96 km long, this route was started way back in 1903 and it passes through 102 tunnels and 82 bridges and has been awarded a world record by the Guinness book of world records for the steepest rise in altitude in the span of 96 km. For 5 hours that you will travel on this pretty little train, you will pass through scenic beauty that will amaze you. Everything from pine trees, oak, valleys, Deodar, Rhodendron forests and a route that moves upwards till it reaches Shimla will keep you gaping at its beauty. All this and more awaits you on this ride that is now a UNESCO world heritage site since 2008. Toy Train in this route offered by Indian Railways is a treat to the eyes. It might be a relatively slower way to reach Shimla from Kalka, but the rail route is possibly more picturesque than the destinations themselves. Another impressive toy train journey is the one that runs from Jalpaiguri to Darjeeling. Breathtaking, quite literally when the route takes you on a series of landscapes, altitudes and climate changes; Jalpaiguri being a plain and Darjeeling, the hill station that serves the best tea in all of India. Prepare yourself for a trip hooded by the Himalayas, through tea gardens and forests and if you’re lucky and the skies are clear, you can spot the magnificent Kanchenjunga. The journey takes you as close as possible to the tea gardens where you can experience the mesmerizing smell of tea. An interesting thing to note about this train is that it runs on metre gauge and is also a proud UNESCO world heritage site since 1999.

The journey from Vasco Da Gama in Goa to Londa in Karnataka offers you the satisfaction you can only derive by watching pristine Goan villages zoop by your window. 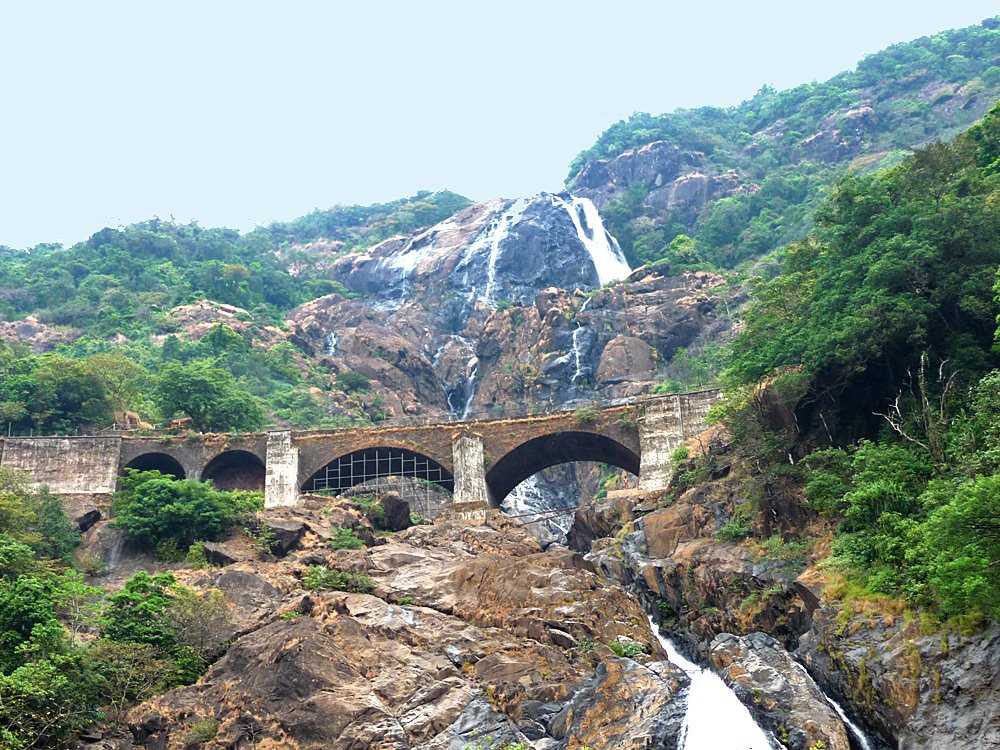 It moves up to the Western Ghats with the scene changes to lush greenery and mountains. As the vegetation decreases, waterfalls steal the show, sprinkles of water on your face because of the force it is gushing with. The best time to go on this journey is after the monsoon when you can enjoy the vibrant red colour of the clay soil.

People are always talking about these two places! One for its glamorous and busy life and the other for the vacation mood it sets you in! The train that connects you to both these special places is one that gives an equally stunning experience running between the Sahyadri hills on one side and the Arabian sea on the other. Cruising through 92 tunnels and on 2000 bridges, this route gives you postcard-worthy moments every five seconds with endless stretches of water, paddy hues and villages under shades of coconut trees. 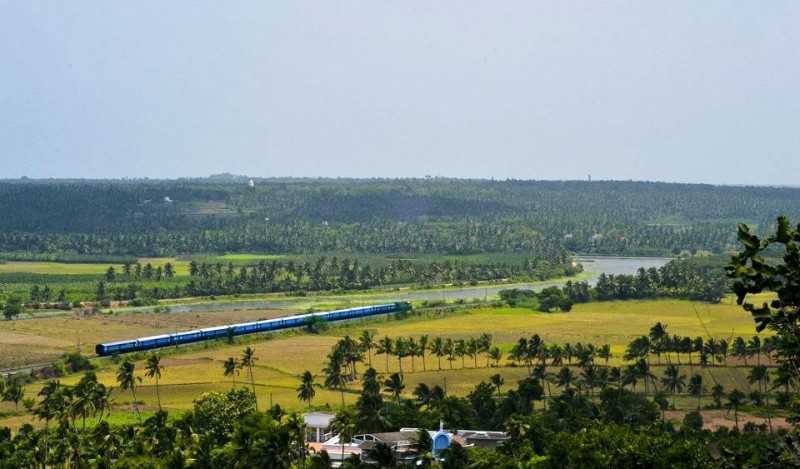 A short train journey, but one packed with delicious sensory ticklers, this journey takes you through coconut trees, and gliding past typical Tamil and Keralite architecture. Gopurams and ornately decorated temples cross over to welcome typical Keralite churches and a totally different style of architecture. This train ride is indeed through South India’s most picturesque locations. 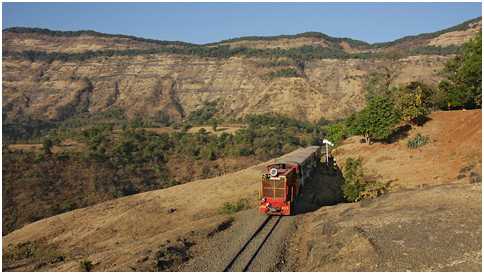 Remaining as the only heritage railway in Maharashtra, Matheran still is a favourite among both people form Mumbai and those from outside, for the peace and tranquil atmosphere it offers. This narrow gauge rail line was built by Akbar Peerbhoy way back between the years 1901 to 1907. It runs through large swathes of forest territory and covers a total distance of 20 kms. Whether you are lone or with family and friends, this journey will surely take your mind off things for the little while it carries you. 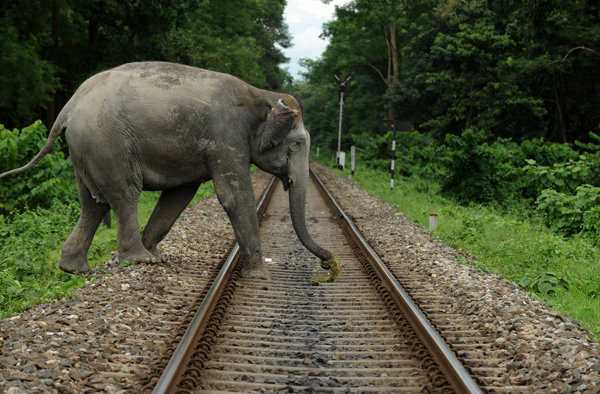 Undeniably one of the best train routes in India as it passes through such a huge number of forests and wildlife sanctuaries namely Mahananda Wildlife sanctuary, Chapramari forest, Jaldapara Wildlife sanctuary, and Buxa Tiger Reserve along with numerous stream crossings. The Train route recently converted to broad gauge and thus has minimum traffic but is worth all every moment for the fascinating amounts of flora and fauna one can find there. 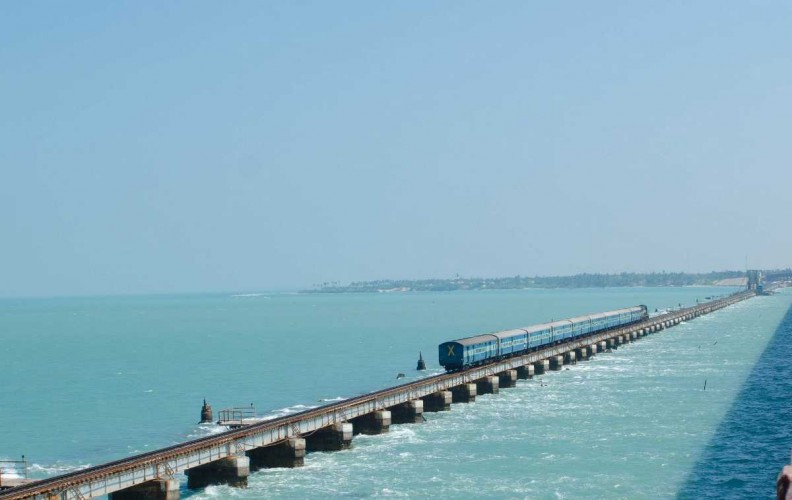 Known as one of the most dangerous routes in India, because it runs on a thin bridge, this route is exciting and a must try for those adventure birds. This bridge is known as the second longest bridge in India. The route connects Mandapam in Tamil Nadu to the island of Rameswaram, and is a route you will fall in love with instantly. One of India’s few luxury trains, this 10 night route offers its travellers everything from a library, an Ayurvedic massage centre, a beauty parlour, steam baths, a gymnasium, a business centre, conference rooms, air conditioned coaches and luxury suites on its journey from Pune to Delhi and back. It stops at the main tourist destinations, right from the Ajanta Ellora caves in Maharashtra to the Taj Mahal in Agra. The Deccan Odyssey’s luxury is a sight to behold. Everything about the train, and its service reflects royalty and the word ‘Maharaja’, and that is what makes this journey one worth having. 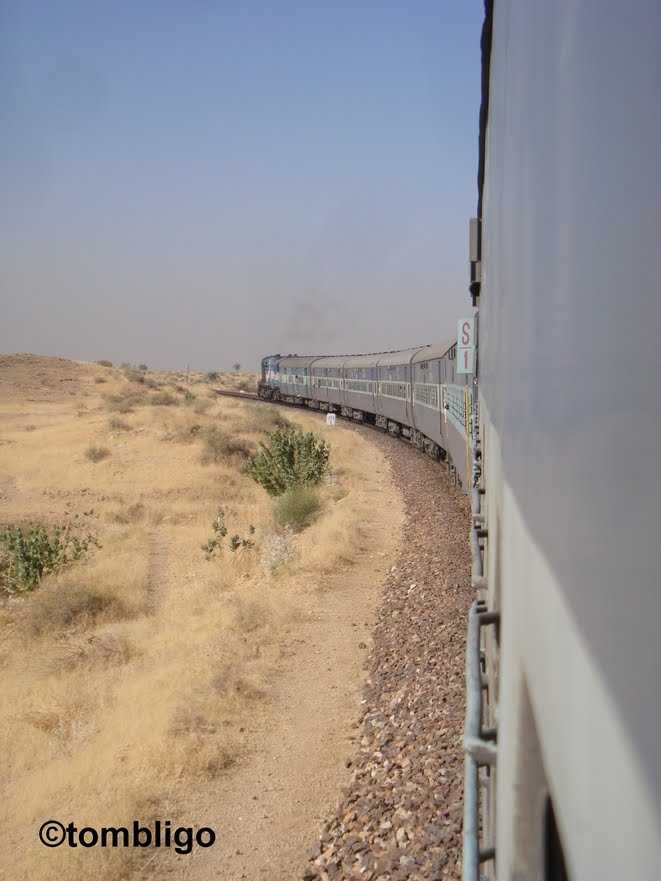 A journey that chugs off in the desert of Thar, from Jodhpur to Jaisalmer fights against the entire stereotype that deserts are just barren land. The traveller is welcomed to the sight of the never ending desert, something that liberates the mind yet frightens it, dotted by the colourful traditional mud huts and oh so many camels grazing around the place. Sunrises of the desert are something very few get the pleasure to witness, because we always tend to prefer the colder regions but this is one train route that will challenge your tastes and take you on a ride making you feel like youre on top of the world, a lone ranger, happy and content. 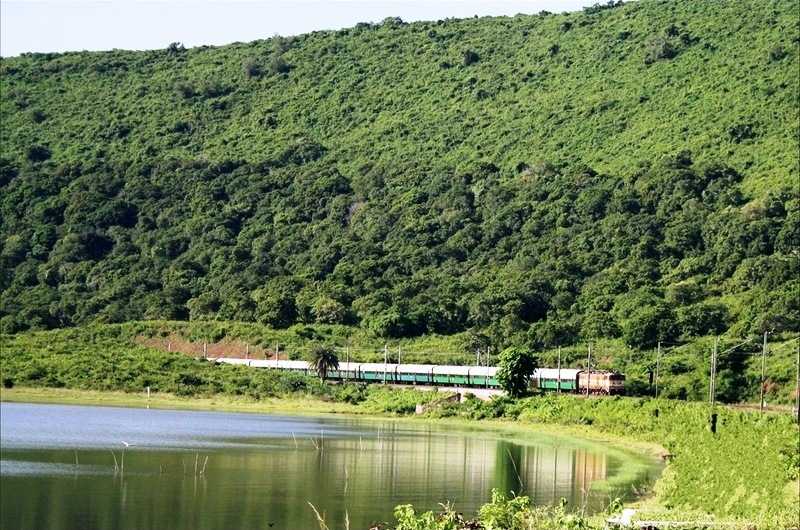 The track runs on the shore of the Chilka lake (Source)

A morning ride from Bhubhaneshwar to Brahmapur is more than sufficient for Orissa to prove its grandeur. Nestled between the Eastern Ghats and the Chilka lake, this train route makes sure you see it all. Interesting to note that Chilika is the second largest  lagoon for migratory birds and this place is a treat for bird watchers all around. 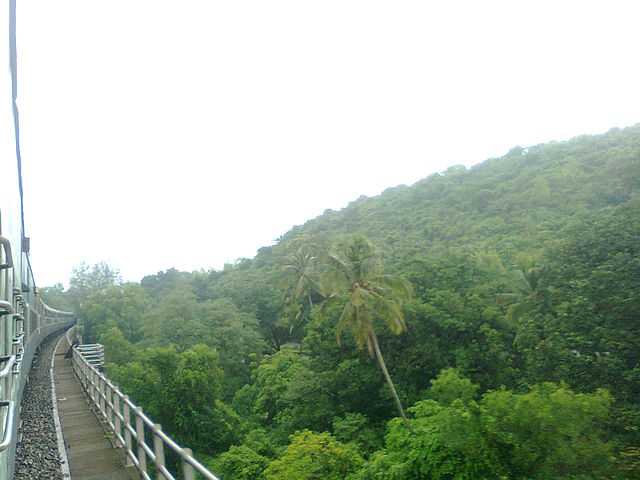 This is an especially fun train ride as it crosses many interesting places. Starting from Mumbai, where you’re all ready for the 3-hour journey to Pune, you pass through Karjat, known for the best vada pavs. After which you come across Lonavla, Khandala and other beautiful hill stations you shouldn’t miss. Lonavla is known for its chikki and jelly fruits and other random train goodies that you usually don’t get of great quality elsewhere. While reaching these places, travellers are treated to sights of beautiful waterfalls and also the monkey hill, beware, monkeys these days even like cell phones.

Transport in India: Flights, Trains, Bus and Cabs in India

Have You Taken the Longest Train Journey in India Yet? Here's How To Do It

Bus Service To Myanmar To Soon Commence in India From April 7, 2021!

Connecting India to Other Countries, One Railway Line at a Time