Story of De Monte Colony in Chennai Will Give You Chills!

Everyone around (well, almost everyone) loves listening to a good old horror story. But it's also true that more than half of these people will refuse to enter a room unless a light is switched on inside, after listening to such stories! Well, in a country like India, superstitions and beliefs in the spirit world run deep. There have been so many posts made on buildings or areas that are believed to be haunted. Be it Goa, Rajasthan or even Gujarat; every place has its fair share of spooky-looking buildings and stories that will give you goosebumps! This is especially true in Chennai, where there are a number of sites that are slated to be haunted!

The Story of The Scariest Colony of India

One among these is the spooky De Monte Colony. Located near St.Mary Road, this colony is filled with identical looking houses. The entire stretch of that colony was owned by John De Monte, a businessman, back in the 19th century. Rumour has it that he led a very unhappy and a disturbed life. His wife was also mentally unstable, contributing to his woes. Their son died one day, and that was soon followed by the death of his parents. Ever since then, there has been a lot of talk about the entire place being haunted. People say that they hear strange noises issuing from the colony while they walk past. They also hear locked and bolted doors opening and closing and mysterious shadows falling on the sidewalk. 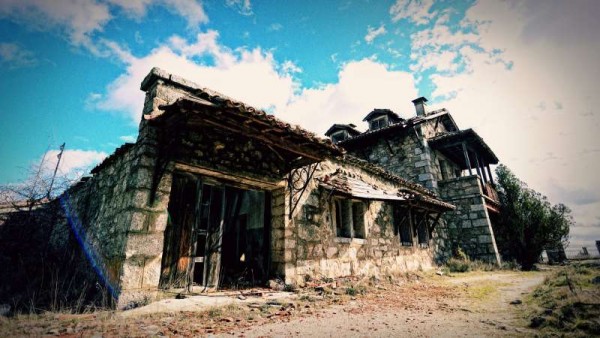 If that's not enough, there was once a security guard who was posted at De Monte colony. On the very next day, he was found dead on duty. Even pets or stray animals who wander into this strange area have disappeared. Some people who live close to this colony, state that they believe that the place is haunted. Some others dismiss this and say that they do not believe in ghosts or spirits. Nonetheless, nobody ventures close to this colony after sunset.

The colony has a shabby look, which is mainly due to lack of good maintenance. There are also tonnes of trees lining the streets and this might also be the reason for the shadows and the solitude. If you look at the colony, you will see why so many people believe that it is haunted. It does indeed look worn down and will seem even more so at night. However, as to claims of there being ghosts in that vicinity, there has been no solid proof so far. Several people feel sorry for the colony, which is located in such a prime locale. Stories like these, they believe, will only serve to run down the reputation of such a place!

A Tamil-language Horror Movie by the name "Demonte Colony" starring  Arulnithi, Ramesh Thilak and Sananth released in 2015. You can imagine how popular the Horror Tales from the place might be.

Well, whether news about De Monte Colony being haunted is true, we don't really know! But it's still just a little thrilling to read about such places, isn't it? Whether or not we believe in ghosts and spirits, there is always a chill that will run up your spine upon hearing such stories. If you live in Chennai and are extremely bold and courageous, you can visit this place and see for yourself

Places to visit in Chennai

View 90 places to visit in Chennai

19 Villas in Chennai for a Perfect Beachside Vacation

20 Best Hotels in Chennai for the Best Stay Experience

12 Malls in Chennai You Must Visit For Shopping and More!

12 Cafes in Chennai For The Foodie in You!

Amazing Theme Parks in Chennai for a Fun-filled Day-out

Gorgeous Parks in Chennai for a Day Amidst Nature

Paragliding in Chennai For An Exciting Escape In The City

Fun Places to Visit with Friends in Chennai

Things to do in Chennai

Amazing Art Galleries in Chennai for Every Art Lover

One Day Trips from Chennai

15 Resorts in Chennai for a Perfect Staycation

Best Hill Stations Near Chennai For a Perfect Getaway

Places to Visit near Chennai Within 100 Kms

Places to Visit near Chennai Within 200 Kms

Places to Visit near Chennai Within 300 Kms

Places to Visit Near Chennai in 2021

20 Temples Of Chennai - A Glimpse Into The Tamilian Culture

10 Experiences of a North Indian In Chennai #TWC

Villas in Chennai for a Perfect Beachside Vacation

Best Hotels in Chennai for the Best Stay Experience

Best Places To Stay In Chennai for an Urban Getaway

Best Business Hotels In Chennai for a Business Trip

Resorts In Chennai With Private Pool

Hotels In Chennai With Bathtub

Best Hotels In Chennai With Jacuzzi

Resorts In Chennai For Family

Resorts In Chennai For Couples

Best Pet Friendly Hotels In Chennai For the Whole Family

12 Malls in Chennai You Must Visit For Shopping and More!

12 Cafes in Chennai For The Foodie in You!

Amazing Theme Parks in Chennai for a Fun-filled Day-out

Gorgeous Parks in Chennai for a Day Amidst Nature

Paragliding in Chennai For An Exciting Escape In The City