This fateful summer my entire family, without my consent, decided to cut across the state of Karnataka by road to see almost all the famous religious sites in Karnataka.

There was nothing much I could do due to suffrage and all that. Except- ruining the whole thing with the wonderful frown of mine.

Anyway, here’s the Grand Plan that was finally decided upon.

2 Innovas, 3 Families and we started off this holy tour of ours. By the way, I wasn’t much of a traveling guy. During this trip, I was as energetic and dumb as a stoned koala. I made up my mind that this would be one of the most boring summer trips of all time.

As planned, we stopped at Belur- A Temple. Ah.

I wouldn’t call myself a religious person. More of a- “We don’t know much. So let’s not conclude yet “. Some call that agnostic. So yeah, the Temple thing never really caught my attention.

I did enter the temple with a gloomy face because the procedure was standard. You go in, do some stuff, and come out. But it was when I came out of the temple did I realize how blind I had been. There was so much subtlety regarding everything with respect to the temple.

The thing that stood out to me was the Hoysala Architecture. It was an epitome of intricate craftsmanship. The exact same pieces replicated with utmost precision everywhere. Minute yet magnificent.

How did they do it? What kind of technology did they use? 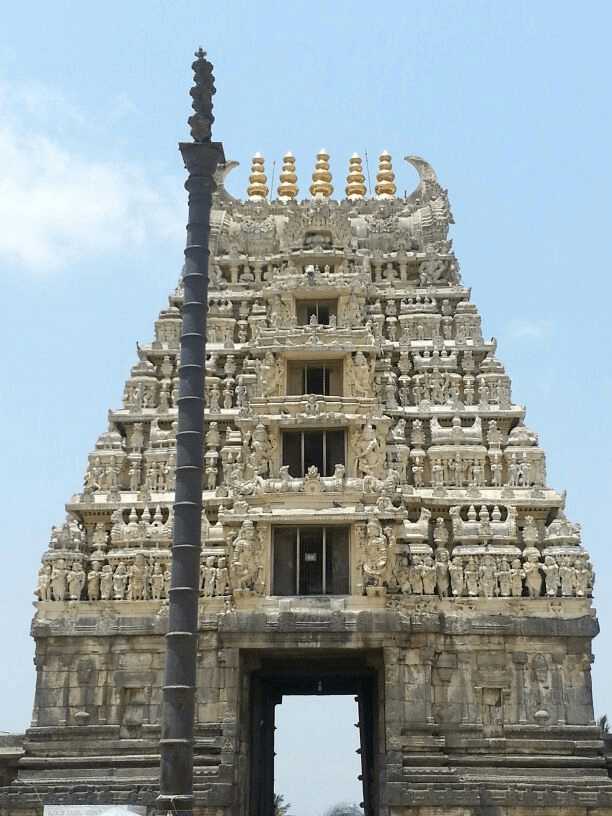 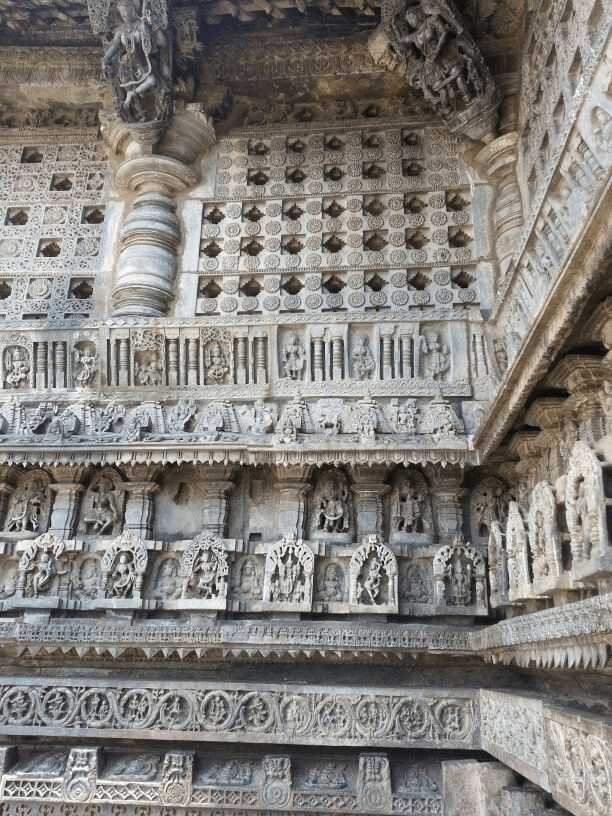 Well, it wasn’t as bad as I thought.

Well, these are two more sites of religious significance. The first being a temple and the second being an Ashram. More than the places themselves, I, surprisingly found the car ride amusingly interesting mainly because of the weather and the scenery (in spite of it being Summer!). It was quality family time amidst the hair-pin turns, the ever-present potholes and the uneven terrain. You could refer to these sites for the places here. 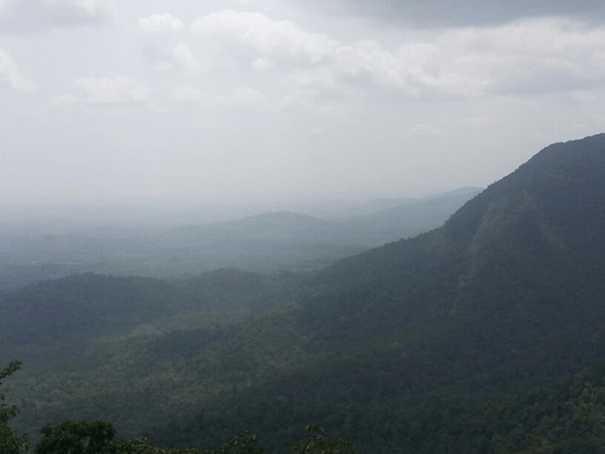 A view of the Ghats

It is indeed interesting to think as to why people start believing in temples and the stories behind them. Every temple has a story, a reason to be built, which is actually very interesting to hear. People don’t usually mind whether they can relate the stories to the Holy Scriptures they’ve already known. But it’s a complicated system of Faith and Reason, I guess, that fuels them. Questioning this was something that I didn’t want to do at that moment, as the atmosphere the Temple created was something similar to a ‘natural high’.

In most of the temples, however, was this, which I didn’t understand. I wonder what the reason is… 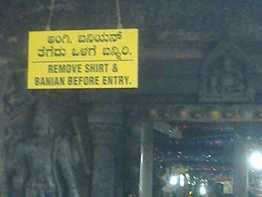 I couldn’t get any proper clicks of the traditional temple (Hornadu) and Ashram (Sringeri). According to me it was just another temple/ashram in appearance. The stories are pretty interesting though.

We stayed at the Ashram for the night and started off in the morning to exit the Ghats to Murudeshwara.

This definitely was the highlight of the trip.

Located on a beach, there was this brilliantly placed temple, surrounded with glorious statues of Lord Shiva, etc. The feeling of the pleasant soothing sea breeze kissing your face while looking down upon your insignificance before that statue was a feeling of its own. 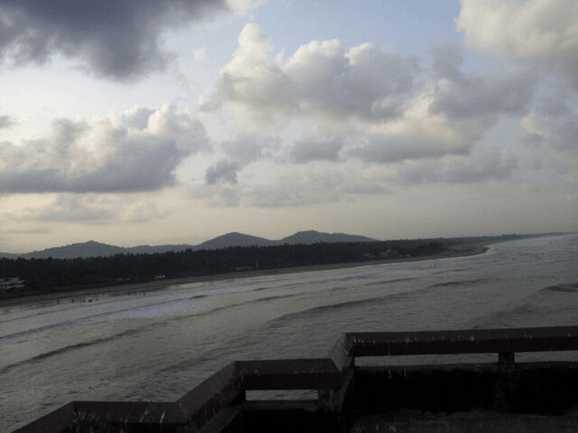 Beach adjacent to the Temple 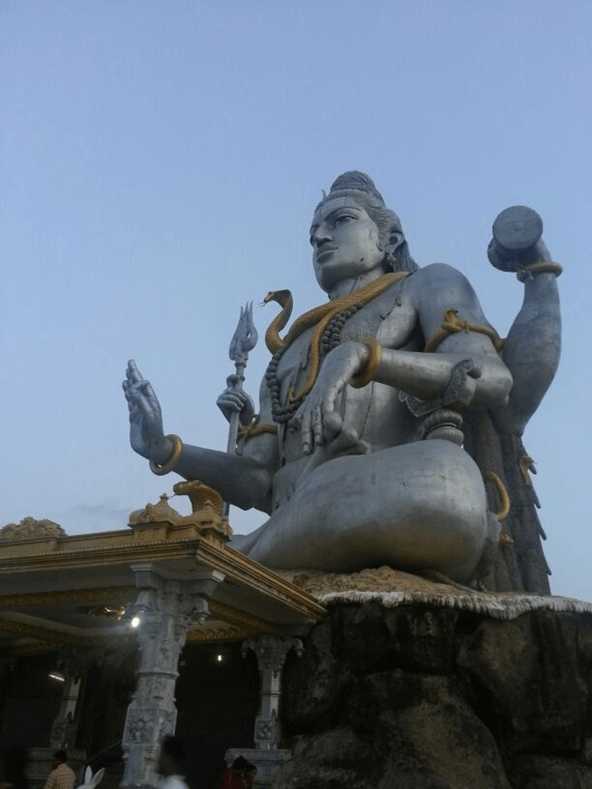 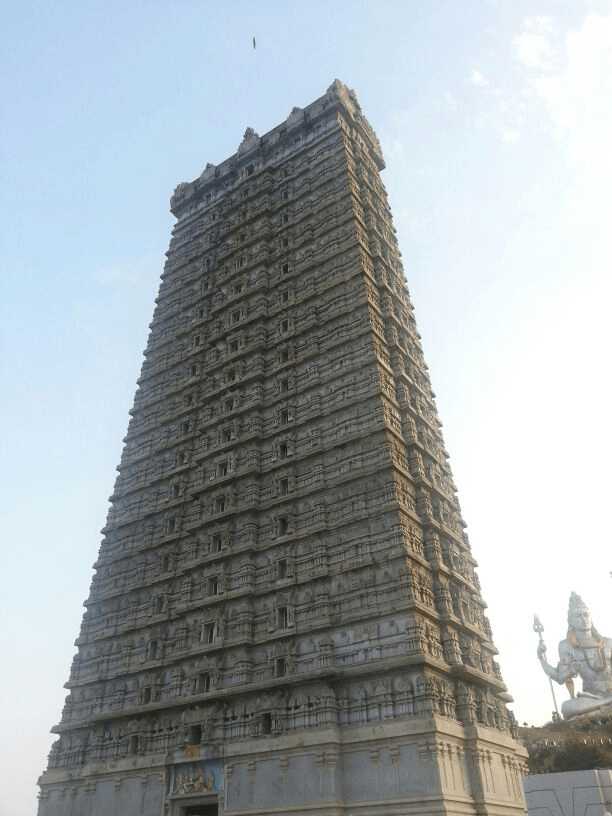 Another Huge structure that serves as the entrance to the temple

The temple did contain an interactive show to illustrate the story behind Ravana placing the Atmalingam on the ground because of Ganesha in Gokarna (See below).

We also ended up jet-skiing on the beach too!

It was the ‘coolest’ temple I ever visited.

I was really enthusiastic to see the actual Atmalingam (also called as Pranalinga (Pranalinga is defined as “the reality of God which can be apprehended by the mind.”) that was kept on the ground here. Physical evidence For REAL!

In the temple, however, we were ‘greeted’ by ‘pujaris’ offering us packages.  This was by far the crappiest thing I ever saw. They were supposed to be worshipers with ideals to set examples to others. That fuss somehow got resolved after a lot of talking from both the sides and the higher authorities. 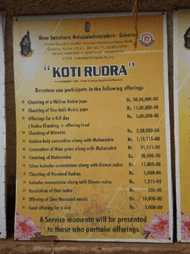 After that, like usual, I had to take my shirt off, and all I got to do there was ‘touch’ something that I couldn’t see, through a small hole. Well they did have the picture of what it looked like after Ravana tried to take it out( A twisted stone of sorts). But I never really got to see it. Supposedly, they reveal it once every 30 years or something for reasons that I again don’t understand.

Like I said, each temple has its own engaging story. Here are the links to these two 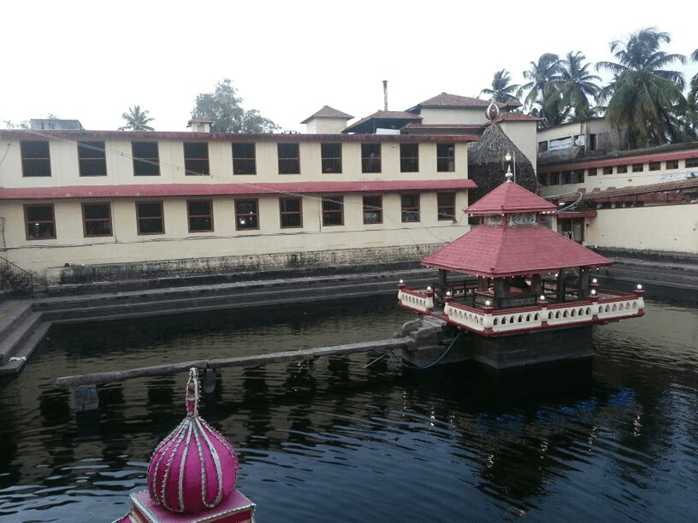 Sravanabelagola had to be cancelled because we were unaware of the time it closes.

So..What did I take home with this trip?

Firstly, one has to be open to stuff that you don’t entirely know about. For example, I thoroughly enjoyed this tour despite of my attitude in the beginning.

Secondly, religion is there for a reason. It’s got a huge background. Turns out I never bothered to understand why certain stuff is in a particular way. Before neglecting it, try to understand what it is trying to say, be it literally or not. There could be something deep in there which you never looked at.  It was also fun getting to know these stories and tales behind each place.

The above post was submitted by Sreesh V. and it was chosen for the second runners up prize of our Travelogue competition, held between 24th-June and 6th-July 2013 for IIT-B students.