Google Street View – How it Works 3

For the armchair tourists, Google Street View is the perfect tool to laze around while taking a look at the beautiful destinations on their digital screens. Google aims to painstakingly map the entire length and breadth of the globe on their Google Maps using their Street View Technology. They are using Cars with cameras mounted on them and taking 360 panoramas to cover the places. Google also has trolleys with cameras mounted on them to capture images of the buildings and museums from inside. But still some of the most amazing and fun places in the world are not accessible by car or trolleys. And to put them on Google Maps, they use entirely novel methods. Here are some cool ways which Google maps some off-beat places around the globe.

The trike was the first of the non-conventional vehicles used to map the street view. The cameras are modified to fit onto a mountain Tricycle, and the trike is ready to go capture the world. Trike has been used to cover the Stonehenge, several university campuses, and some sports stadiums. 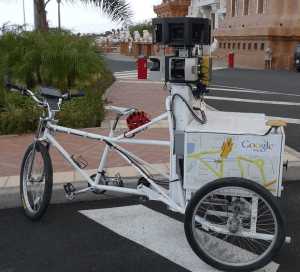 Here is an example of street view using trike. Click on the image below to see the actual street view.

Google Street View for the Stonehenge 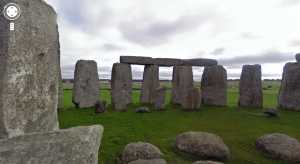 Skiing locations around the world provide some of the most astonishing and breathtaking sceneries where only snow bikes can access. These snownmobiles are simple snow bikes with some cameras, duct tape, and extra hard drives wrapped in ski jackets to last through the freezing conditions. 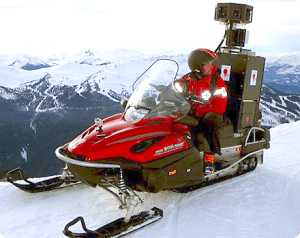 Here is an example of street view using snowmobile.Click on the image below to see the actual street view. 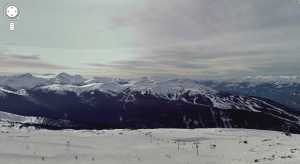 Google isn’t just mapping the land, but also the oceans. With the scuba diving camera, they have mapped some of the most fantastic scenery under the surface of water, including the Great Barrier Reef. 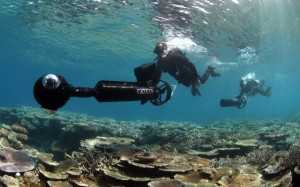 Here is an example of street view using scuba diving camera.Click on the image below to see the actual street view. 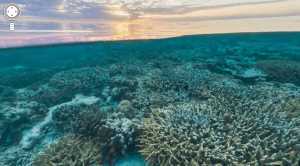 With the Trekker, Google is aiming to capture street views of destinations which are more off-beat and unexplored in nature. It was launched in 2009 and was first used to capture the extremely difficult terrain of the Grand Canyon. It has since been used to document various other places like the Swiss Alps, Antartica, the Everest base camp, the abandoned island Hashima (remember Skyfall?) in Japan and many more. 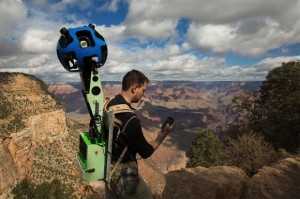 Here are a few examples of some of the most amazing landscapes captured using the trekker.Click on the images below to see the actual street views. 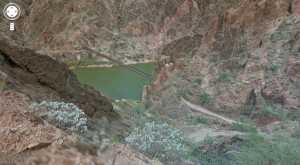 Google Street View for the Everest base camp 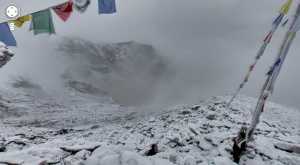 The Google Trekker is a 40-pound backpack that has a camera poking out of the wearer’s head, which captures 360- degree photos of the surrounding every 2.5 seconds. The pictures are later transferred to Google’s servers which stitch the images together and document the trek. The Trekker is as heavy as a standard backpack for a few days journey, and not at all uncomfortable to carry.

Here’s something that we think you’ll find particularly interesting.
If you’re heading to a remote locale not yet captured by Google’s ubiquitous Street View cameras, you can volunteer to document the scenery using one of Google’s own Trekker backpacks. Google Trekker just announced the expansion of its street view hiking map project to those who are associated with a tourism board, a university, a research program or a Government Agency and are interested in helping Google in this pioneer program of bringing the world on a meticulously detailed map by incorporating the Street View.
This is a revolutionary program which will bring into light the most unconventional and inaccessible destinations in the world, giving a positive boost to the tourism of those unexplored regions. It will create a space on the web where future travellers and adventurers can have a better understanding of the places they wish to go to, making them more aware of the possibilities that their journeys have in store for them. Without ever physically travelling to a place, a person can virtually take an entire trip to all the stunning destinations around the world.