Scorching heat, sweaty clothes, an everlasting headache and will to go somewhere cold and never return.

That is Delhi summer for you. And Mumbai, And Chennai and Bangalore and everywhere else, unless you find yourself in one of the places on this list.

So when summer comes to India, what do you?

You read further this list of coldest places in India to at least give your thoughts a chill if not pack your bags and take off right away! A bit of day dreaming doesn’t hurt anyone !

1. Dras: One of The Coldest Places in India 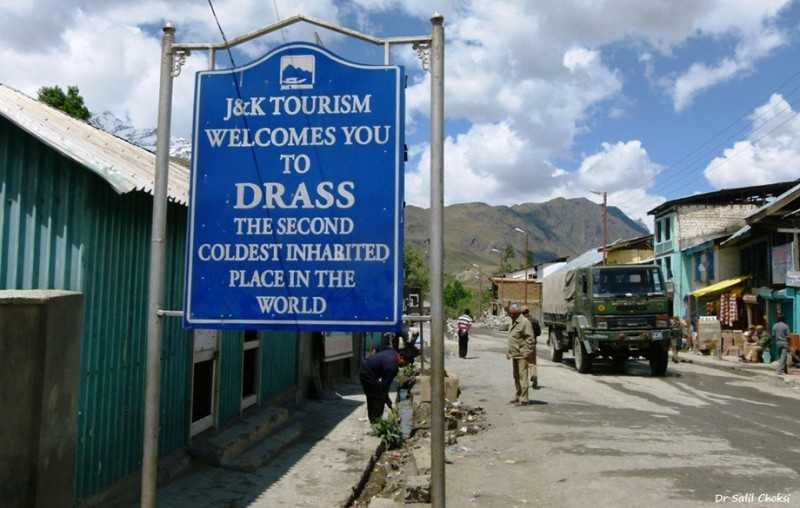 A lonely town in the infamous Kargil district of Jammu and Kashmir, Dras is popularly known as ‘the gateway to Ladakh’. It is known to be the coldest place in India and often touted as second to the coldest place inhabited on Earth. Dras is a convenient for treks to Amarnath, Suru valley and Saliskot. The average lows are as much as -22°c.

Deserves a visit in summer in India, doesn’t it? 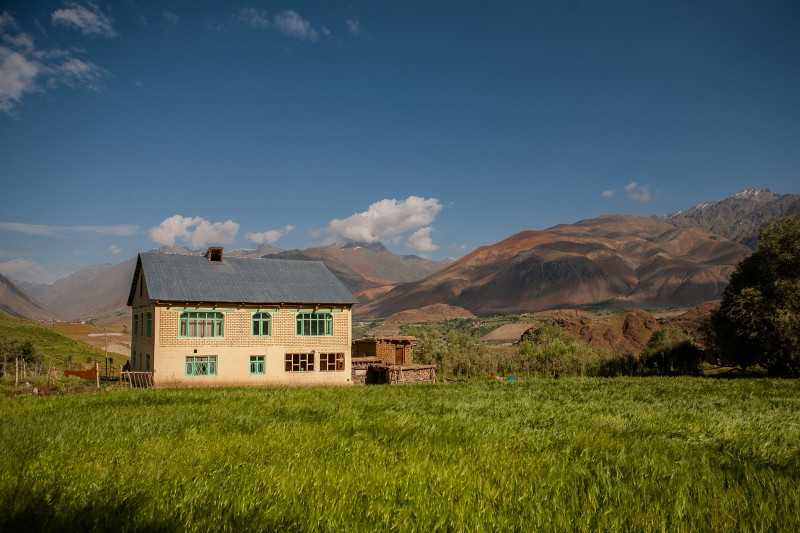 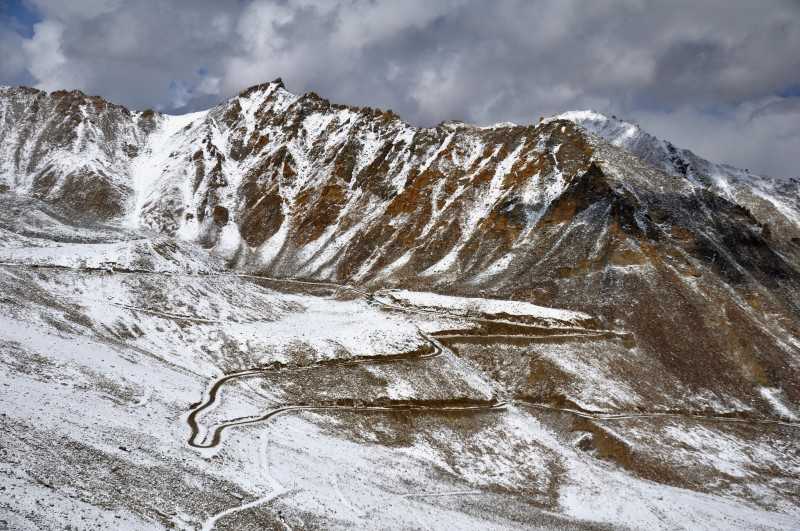 Making news more often than not, the town of Kargil is another unbelievably coldest place in India. It is situated along the banks of Suru river (Indus) and perched at an altitude of 2,676 m. The temperature here often drops to as low as -48°c in winters. Closest to Kargil at distance of 15 kms from it is a historic town of ruins of castles on hillocks called Pashkum. A little further is an interesting small Buddhist village called Mulbek on the Kargil-Leh road. Where there are smiles (sandeepchetan.com) 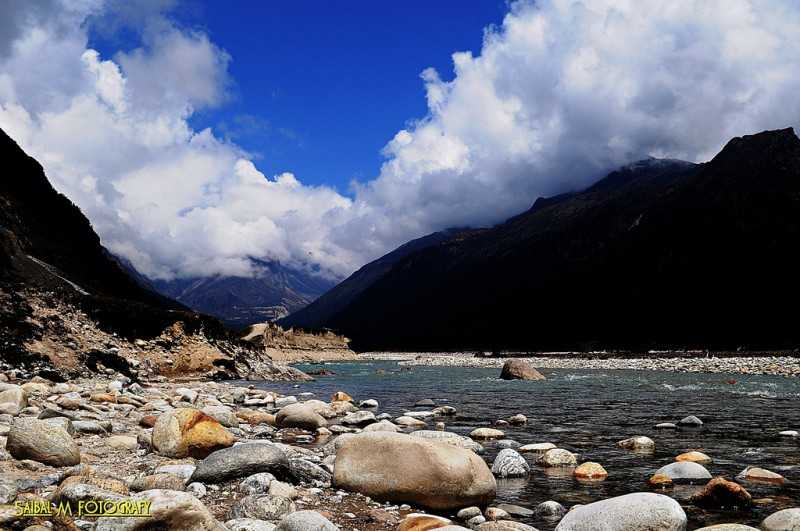 A district in the popular state of Sikkim, it is home to one of the tallest peaks in the world, Kanchenjunga. With temperature dropping to as low as -40°c in the extreme winters, North Sikkim place is one of the coldest places in India. Thick vegetation all the way up till alpine heights before disappearing into Tundra and numerous waterfalls only make it the most picturesque place. Zero point, Yumthang valley, Lachung monastery, Crows lake and the list doesn’t seem to end. Go here to make the most of your summer vacations. 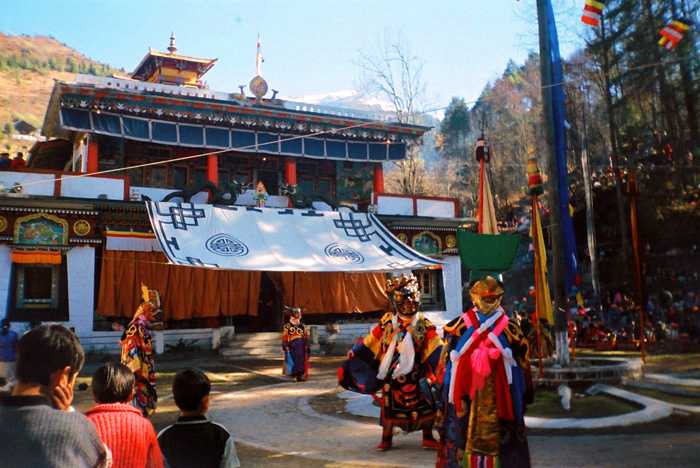 4. Hemkund Sahib: Best Place to Visit in Summer in India 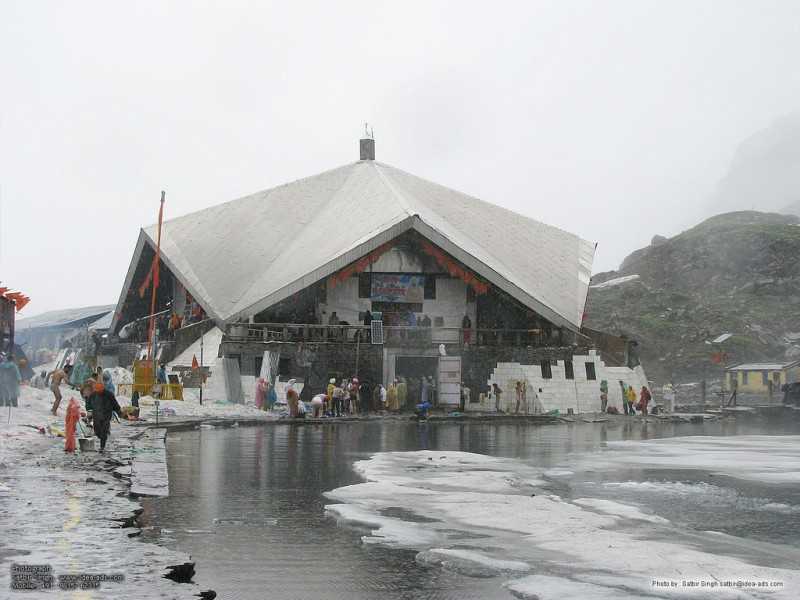 Hemkund Sahib, also known as Gurudwara Sri Hemkund Sahib Ji is a sikh pilgrimage located in the Chamoli district of Uttarakhand. The place adorned by a glacial lake, is surrounded by seven snow clad peaks, each bearing a Nishan Sahib. At an astounding altitude of 4,362 m, Hemkund Sahib attracts a great number of tourists every trekking season. It is only accessible during summer as it is totally snow bound during the winter season.

One can make it to the Gurudwara by either scaling a 13 kms long path by foot or by taking a pony ride. Close to the place is the Valley of Flowers National Park which offers a magnificent view of complementing colours orchestrated by the cool setting, making the whole area one of the best places to visit in summer in India. 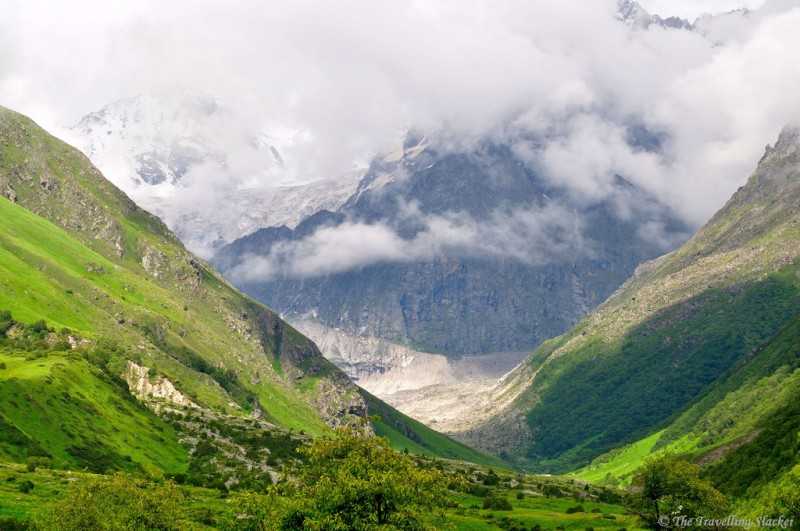 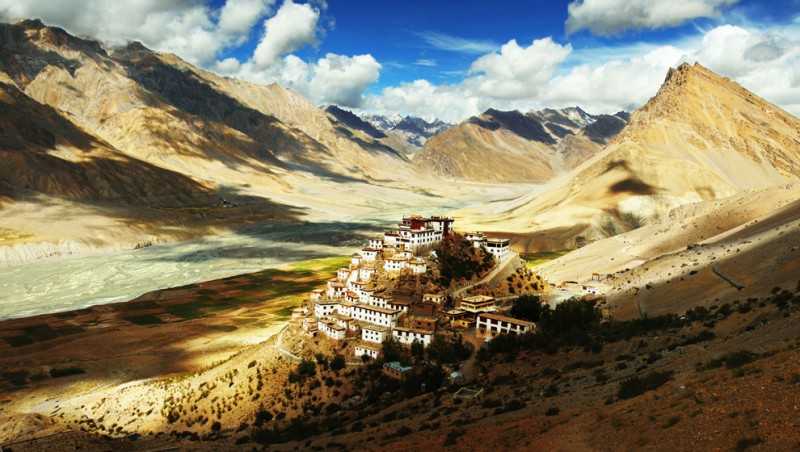 A valley so surreal and strangely enchanting that it is hard to believe it exists, just like any other place. Spiti means the ‘Middle land’ i.e. the land that lies between India and Tibet. It is famous for its rich Buddhist culture similar to what is found in Tibet and Ladakh. Kaza, which is the sub-divisional headquarters of Spiti is perched at an altitude of 3,800 m on the lofty Himalayas. As much as it is known for its unique Yak momos, it is also quite popular for its monasteries, Ki and Tabo being one of them. A lesser known cousin of Leh-Ladakh, this is one of the best summer holiday destinations. 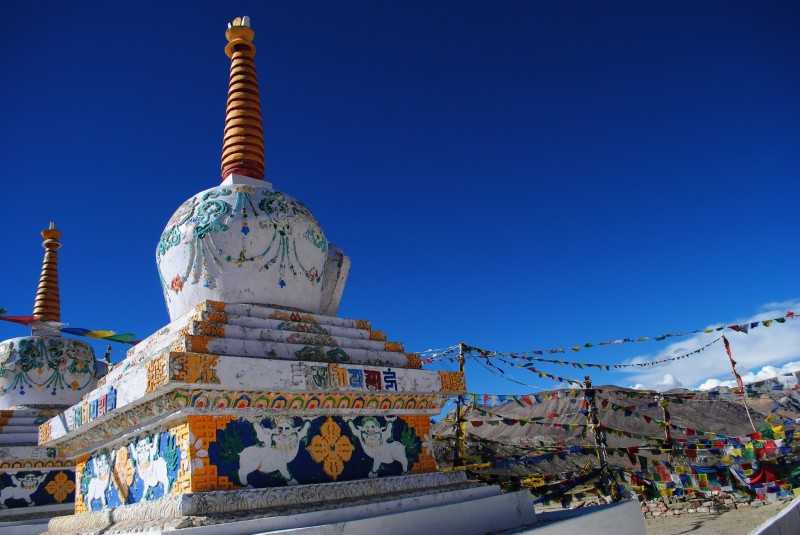 Find more escapes around you at Holidify ! 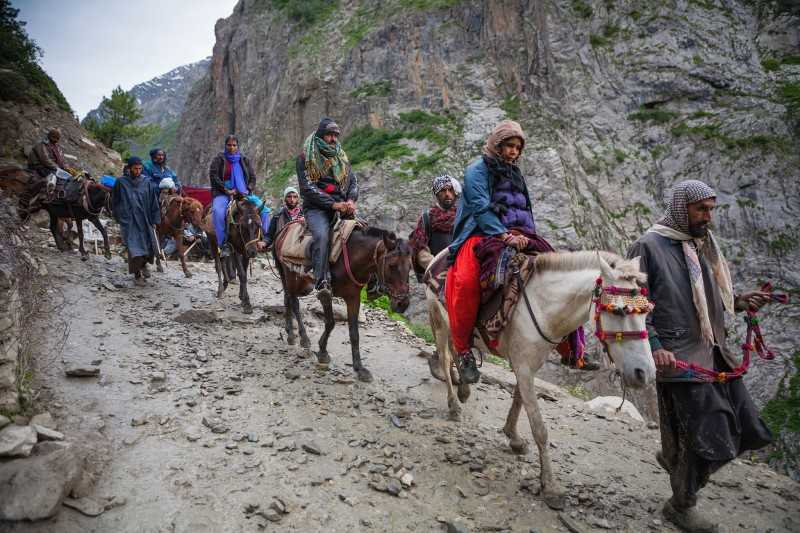 What’s better than a long summer trek across cold mountainous terrains and valleys that lead to a huge rocky cave known for its icy stalagmites? Beats the summer fatigue, doesn’t it?

Amarnath is as good for us peripatetics as it is for the devotees of Lord Shiva. It is only open during the summer for 45 days when tourists are welcome to spectate the marvelous ice Lingam which is considered to be miraculous and holy. Amarnath Yatra starts from the picturesque Pahalgam.

A temperature of 7.5°c in peak summer season is but natural here. 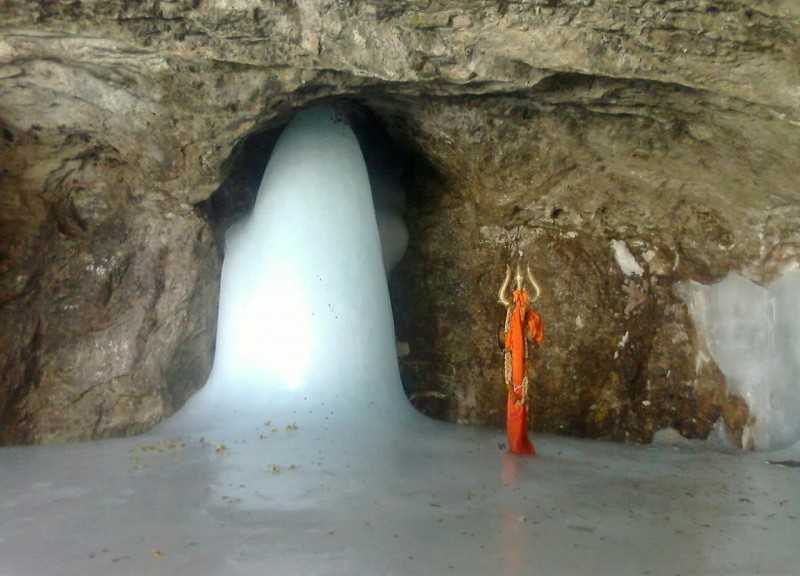 7. West-Sikkim: Best Place to Visit in Summers in India 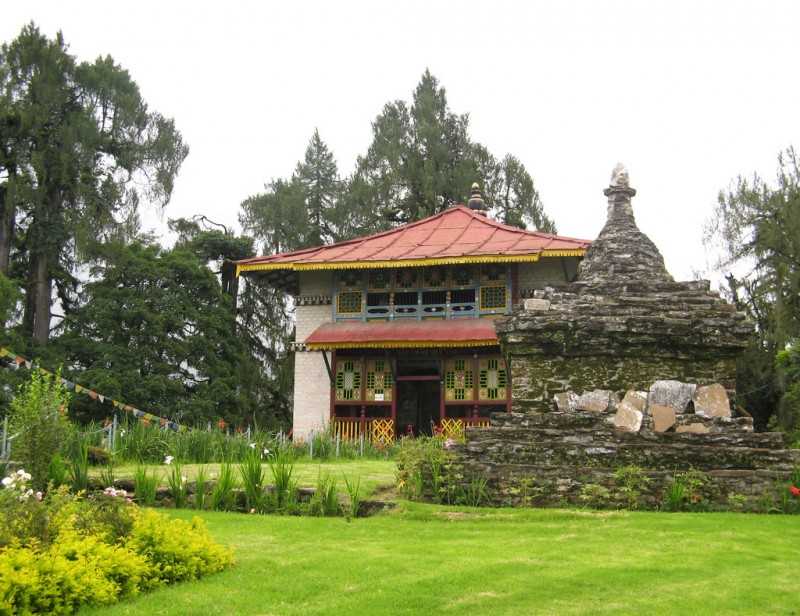 It’s a favorite among trekkers due to its high elevations with Geyzing, Pelling and Jorethang among popular towns of this district. At an altitude of about 3,800 m, it experiences a temperate climate. Khecheoperi lake, Dubdi monastery and Rabdentse palace are among the many attractions.

The minimum summer temperature here is around 13°c. 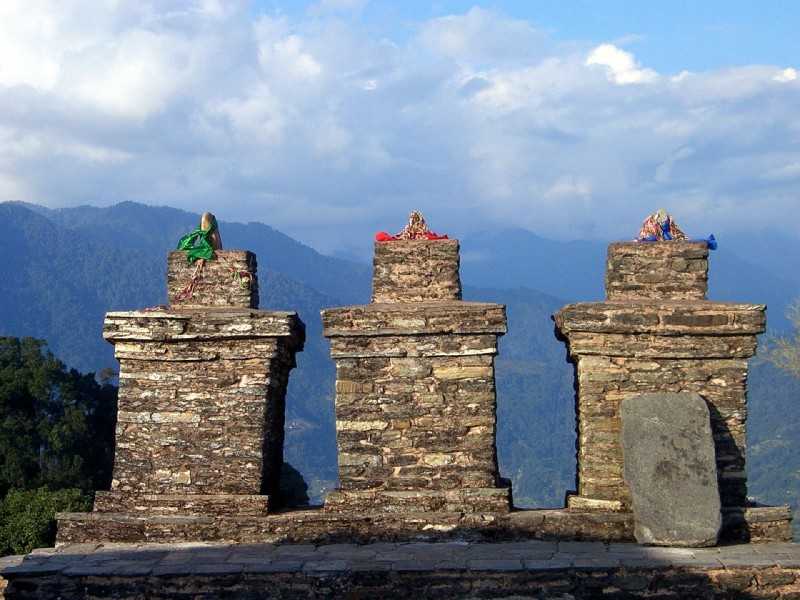 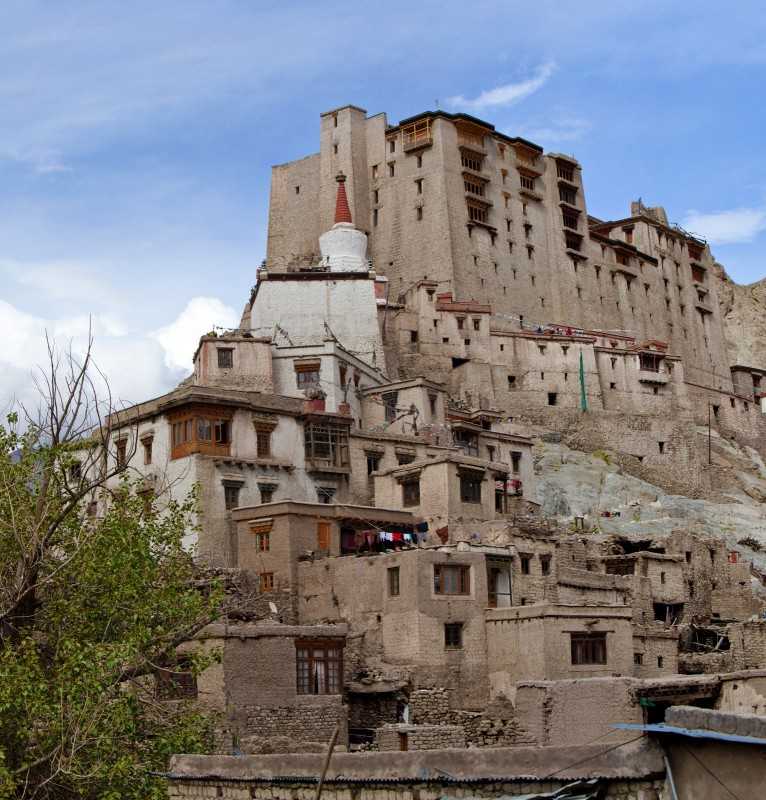 The capital of the ancient kingdom of Ladakh, Leh is a very popular tourist destination. As much as it is rich in culture and history, it makes an ideal place to visit in summer in India where a temperature of 7°c is nothing extraordinary. Shanti Stupa, Leh Palace, Pangong lake and a multitude of other lakes and monasteries make Leh a must visit. 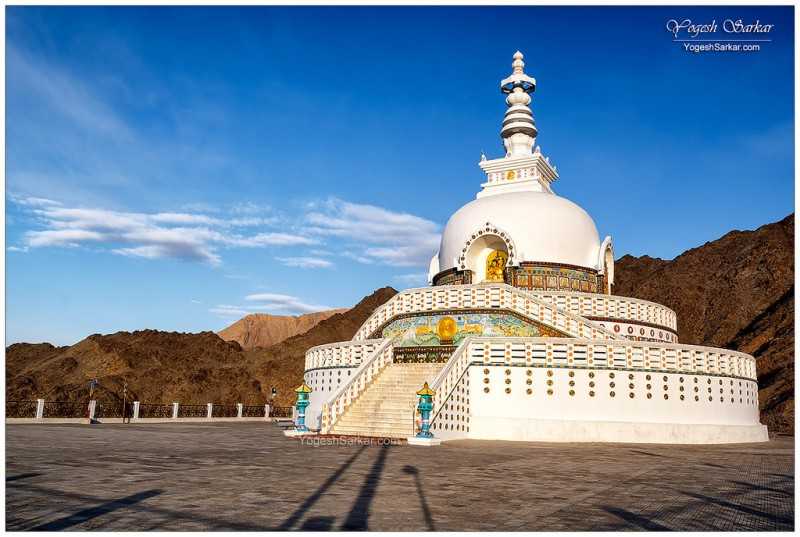 Located in the Tawang district of Arunachal Pradesh, Selang is a high altitude pass which connects the Buddhist town of Tawang to Tezpur and Guwahati. It remains snow clad throughout the year making it ideal for aesthetes. Sela Pass sits high in the mighty Himalayas at a height of 4,170 m and the temperature here can drop to as low as -10°c in winter. There is also a tremendous number of lakes around it which are revered to Buddhists. Take a beautiful, spiritual journey to on of the best summer vacation destinations in India. 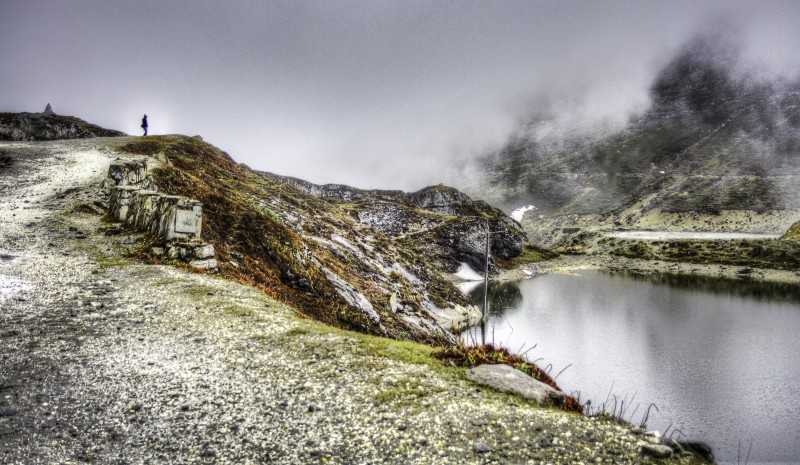 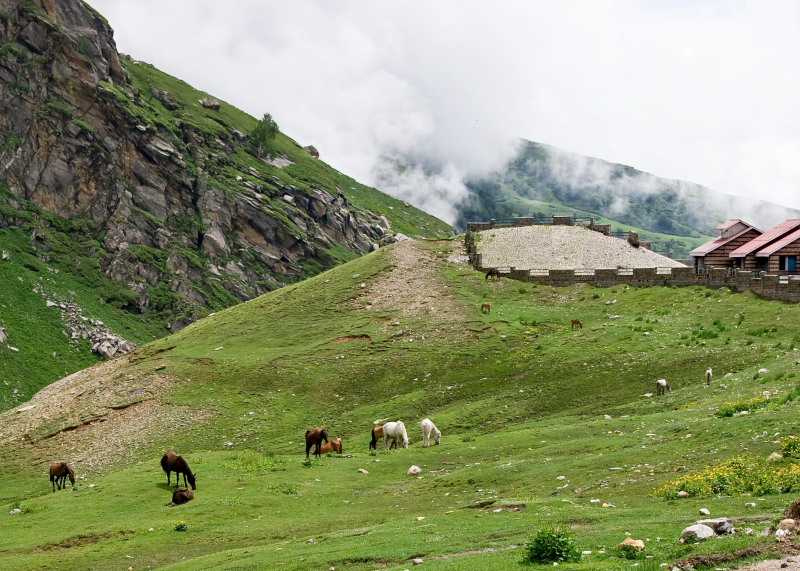 We all have visited Manali in our summer vacation but what really deserves a visit to Rohtang Pass which connects Kullu valley with Lahaul and Spiti valley. Located at an altitude of 3,978 m and snow clad in the most picturesque way almost throughout the year. One of the coldest places in India, it is infamous for unforeseen snowstorms and blizzards. This places is offbeat and yet quite popular as a tourist place in India for summer.

Liked this article? Read further about escapes for summer near Delhi