Fairs and Festivals in December in India: 2022

New Year is around the corner and it’s the time of the year when you tend to reflect back at the year’s happenings.

Do you feel the urge to step out and spend some time? Well if you are looking for reasons to escape or are still not able to make up your mind about the perfect way to bid adieu to the year look no further. Here are some festivals for you to discover India. 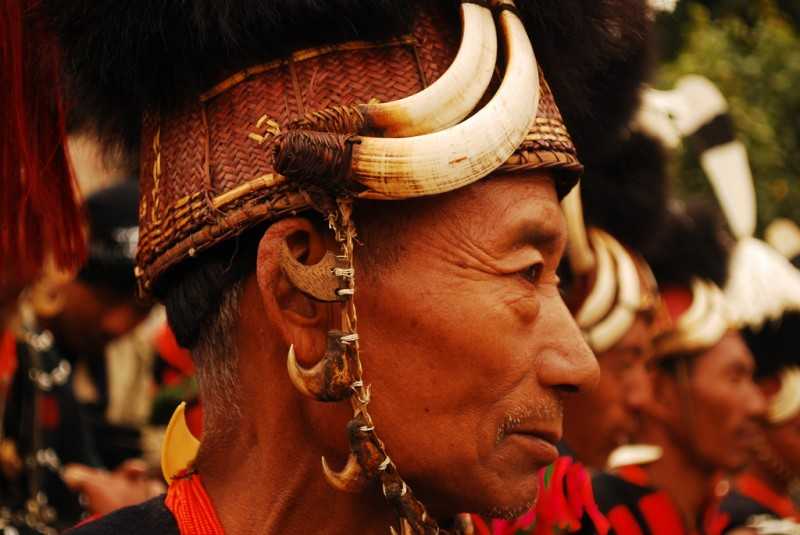 Hornbill Festival is a true reflection of the Naga traditions (Source)

Called the “Festival of Festivals”, the Hornbill Festival is an annual celebration at Naga Heritage Village, Kisama near Kohima. The festival is a mélange of the many tribes of Nagaland and a celebration of their rich culture.

The festival is an extravaganza of the local traditions as well as art, food, sports and music. Photo frenzy travellers will have to catch up with the dances, performances, parades, games, and ceremonies that go on till the evenings. The Hornbill Festival is indeed a window to Nagaland.

The Hornbill International Rock Contest is also held around this time. 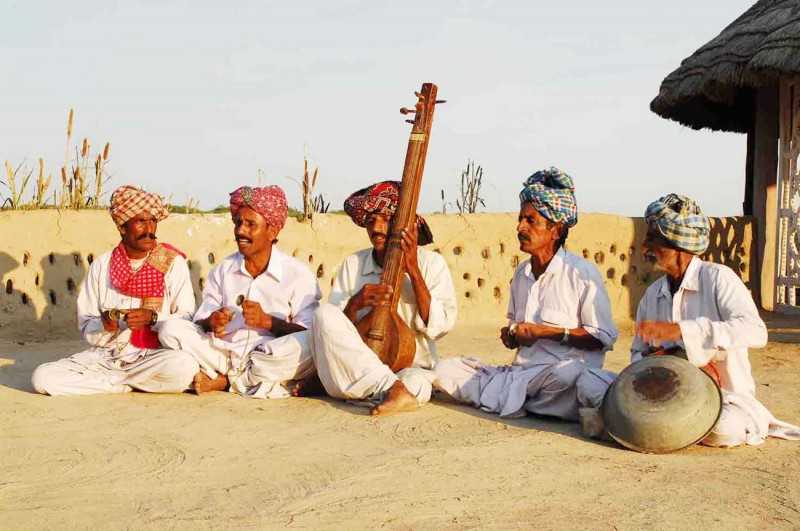 The Rann Utsav or the Kutch Mahotsav is a celebration in the white sandy deserts of Kutch. During the Rann utsav tents are set up in the desert for the tourists, and the Goverment facilitates tourists the opportunity to experience the local culture, cuisine and hospitality.

The festival is a colouful spectacle on the white desert highlighting the vibrancy of the Kutch region’s culture and heritage. The days are filled with folk dances and music, adventure sports, handicrafts, food stalls, and excursions to surrounding places.

On full moon night during Rann Utsav, the region looks even more beautiful. 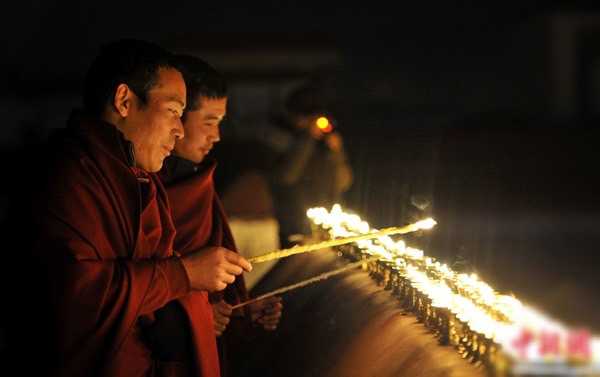 Places are lit up during the Galdan Namchot Festival (Source)

It is mainly celebrated to commemorate the birthday and the Buddhahood of the Tibetan saint-scholar, Tsongkhapa. Tsongkhapa was the founder of the Gelukpa School that preached Tibetan Buddhism during the 14th century. In the later years, this Gelukpa School emerged as a major and dominant monastic order in the central Tibet region.

Galdan Namchat Festival is celebrated with a grand fervor by the people in Ladakh. All the monasteries as well as other buildings are lit up to present a beautiful sight across Ladakh.

The Galdan Namchot marks the beginning of the New Year celebrations in Ladakh. A custom of the Galdan Namchot Festival is the preparation of all kinds of traditional dishes. An interesting display of fire and light is created by the whirling of the flaming torches which are then thrown away in a gesture to bid farewell to the old year and to welcome the new. Theyyam dance is not a single dance form rather a collection of about 400 dance forms each representing a mythological, historical character.

The festival is a visual treat and keeps alive the age-old tradition of Thayyams. 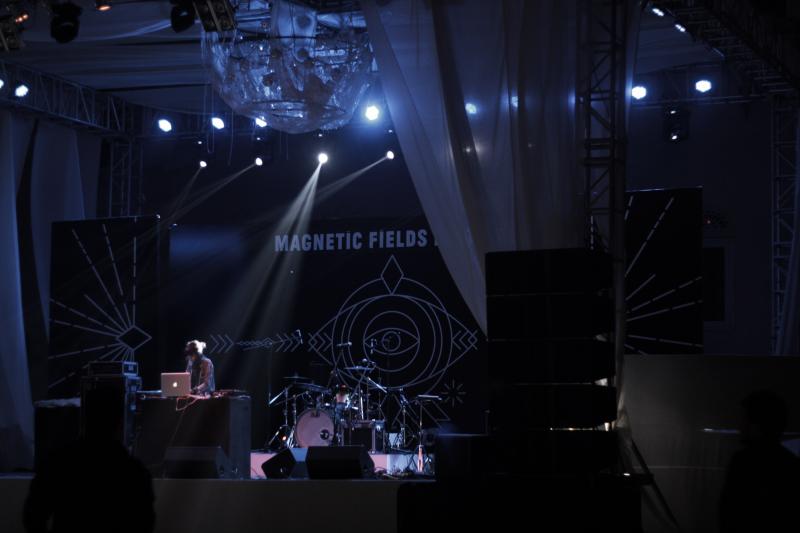 International Artists add to the vibe of the festival (Source)

A 3 day festival of music, art and food in a heritage palace in Rajasthan to take you back to the 17th century aura.

Magnetic Fields Festival is a celebration of the ancient India and the contemporary culture. With some amazing music it also showcases art installations, yoga sessions and treasure hunts.

You could also chose to stay in royal suites or in tent camps right under the stars. Make sure to have your tickets booked well in advance for a spectacular experience! 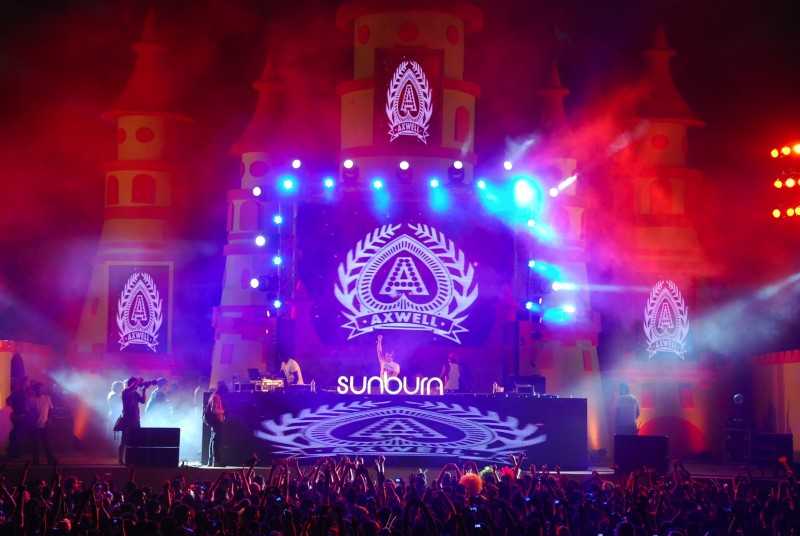 Sunburn Festival at the Vagator Beach in Goa (Source)

Goa is definitely the most happening place this time of the year and if in Goa you know where everyone’s headed to- Sunburn! Sunburn is India’s as well as Asia’s most amazing EDM festival. The Vagator Beach is Sunburn’s playground. Spread over 3 days, the festival has multiple stages with artists playing simultaneously.

7. The Winter Festival at Mount Abu 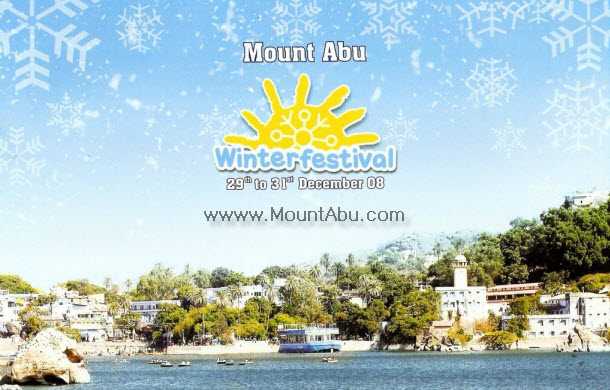 The Winter Festival is held every year during the last week of December. The festival celebrates the warmth and cheerfulness of the people of hill station. This three days colorful festival is organised by the Rajasthan Tourism and Municipal Board, Mt. Abu.

The Winter Festival features traditional dancing, concerts, fairs, and a fireworks display. The festival opens with a procession to Nakki Lake. The grand finale of the festival is made brighter by a display of dazzling fire works all three days.

Are you travelling this month? Here is the list of Best places to visit in December in India.

Best Beaches in India For A Perfect Beachside Vacation