Losar Festival - Here is What You Need To Know About The Tibetan New Year!

The beauty of having so many diverse cultures and traditions in the world is that you are never short of anything to celebrate! Different cultures have different ways and times of celebrating the new year.

Losar is the new year festival celebrated by our neighbours - Tibet and here is everything you need to know about it! 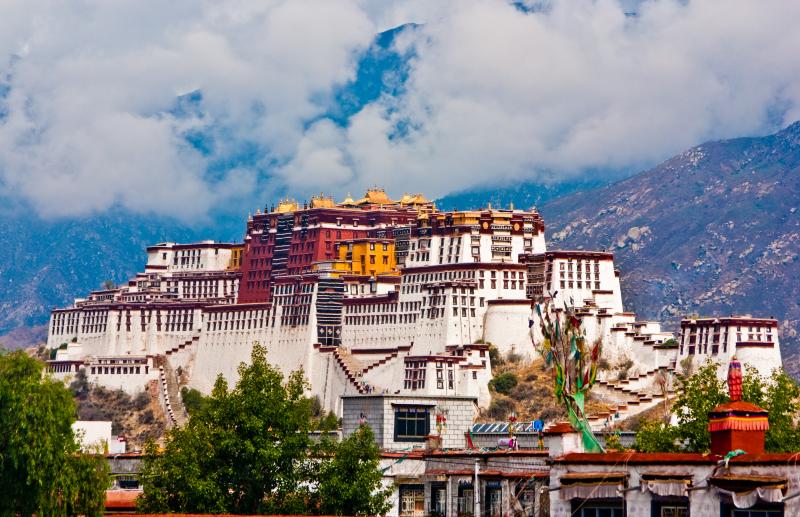 When is Losar Celebrated?

How is Losar Celebrated?

Traditionally, the Tibetans follow the lunar pattern in their calendar, wherein one year is made up of twelve months. Tibetan New Year commences on the first day of the first month of each lunar year. In 2018, the Losar festival will be celebrated between  February 16 to February 18.

Tibetan customs and rituals for commemorating the new year are deeply rooted in Buddhist ideas and beliefs. Historians also say that the celebrations of Losar in Tibet can be dated back to a period before Buddhism came into existence.

Pre-Buddhist Losar involved people igniting incense sticks to dedicate to the local Gods and spirits. Their belief was the happiness of the Gods and spirits would ensure the wellbeing of the people in the New Year. 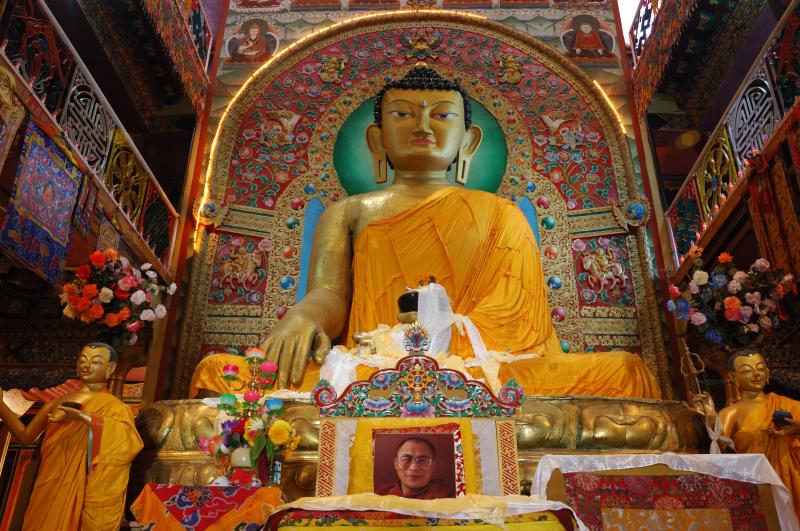 Losar also involved gratitude for the harvest, similar to Vaisakhi in India. As Buddhism seeped into Tibetan culture, celebrations of Losar also adopted a Buddhist tilt in the rites and customs. It is believed that during the reign of Pude Gungyal, who was the ninth king of Tibet, there lived an old woman called Belma who taught people how to calculate time-based on the phases of the moon. With that belief, some local people refer to Losar as Bal Gyal Lo, where Bal refers to Tibet, Gyal to the King and Lo to the Year. The enthronement of the king is also celebrated on this day. Loser celebrations go on for three days and the date varies every year and sometimes falls on the same day as the Chinese New Year. The month before Losar the celebrations begin in homes by commemorating the eight auspicious symbols related to the festival. These are drawn with white powder in homes and monasteries. Deities like Dharampalas (the eight frightful deities to protect Buddhism from evil) and wrathful deities are commemorated with rituals in monasteries. 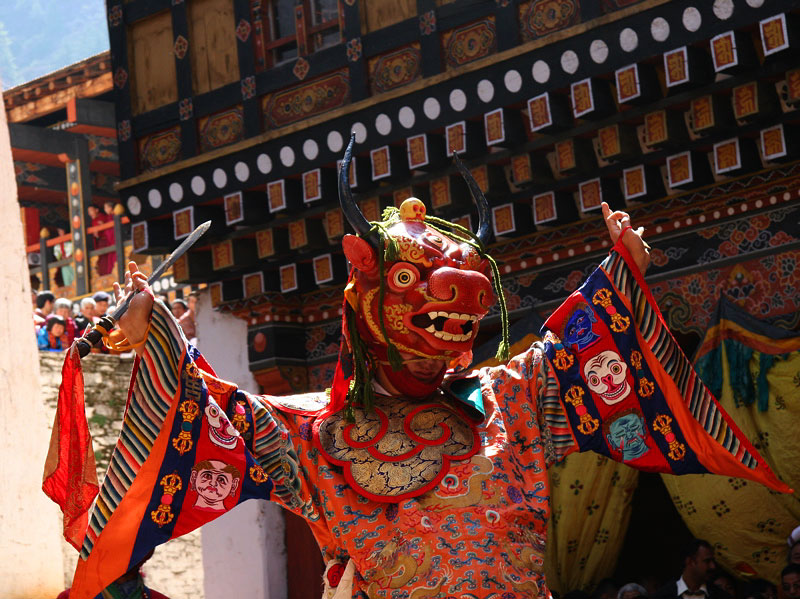 Parasol is representative of Royal Dignity

Conch Shell helps in spreading the sound of Dharma

Vase is representative of prosperity and longevity

Victory Banner is representative of victory over worldly pleasures like lust, desires and fear of death, also leading to nirvana

The Wheel of Dharma is perhaps the most important Buddhist Symbol. This is representative of the Noble Eightfold Path that would lead to Nirvana, thereby ending all suffering

The Eternal Knot is representative of the union of wisdom and compassion, reminding one the far-reaching effects thereof The last two days of the old year are called Gutor, is when people begin to prepare for the New Year.

The first day is spent cleaning the house. The kitchen especially has to be cleansed, because it is where the food is prepared, and hence the most important part of the house. The chimney is swept free of dirt. Special dishes are cooked. One is a soup served with small dumplings. The soup is made from meat, wheat, rice, sweet potatoes, cheese, peas, green peppers, vermicelli and radishes. The fillings for dumplings include scraps of wood, paper, or pebbles.

A special noodle called guthuk is made, which is made of nine different ingredients including dried cheese and various grains.

Dough balls are made in which people place various ingredients, such as chillies, salt, wool, rice, and coal, which are then handed out. The ingredients that one finds hidden in one’s dough ball are supposed to be a lighthearted comment on their character. For example, a person finding chilie in his dough is thought to be loquacious. 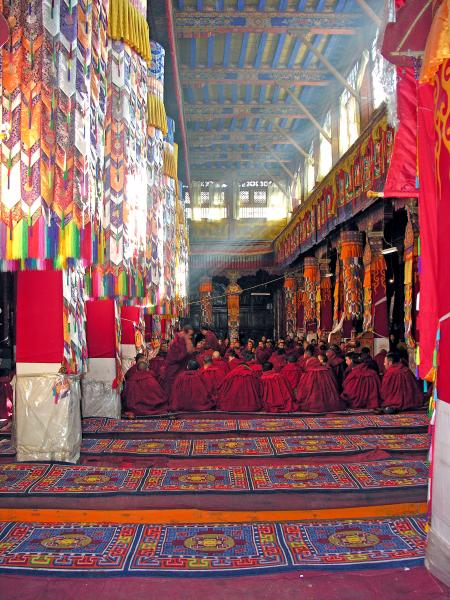 On the second day, religious ceremonies are held. People visit the local monastery to worship and give gifts to the monks. They also set off firecrackers to rid evil spirits, which are believed to be lurking around. Houses are thoroughly cleared, after which people get dressed, and proceed to have a reunion feast, which is similar in spirit to the Han Chinese New Year feast.

On New Year’s Day, people wake up early and put on new clothes after having taken a bath. They then make offerings to the gods by placing them on their household shrines and worship them. This day family members also exchange gifts. Families have a reunion dinner, usually consisting of a kind of cake called kapse and an alcoholic drink called chang, which is drunk to keep warm.

Traditionally, the housewife wakes up very early on the new year day. After cooking a pot of barleywine, she sits beside the window awaiting the sunrise. As the first ray of sunshine the earth, she takes a bucket and heads to a nearby river, or well, to fetch the year’s first bucket of water, which is seen as sacrosanct, clearest water of the coming year. The family fetching the first bucket of water from the river/well is believed to be blessed with good luck for the coming year.