What is the best time to visit Arunachal Pradesh?

October and April are the best months to visit Arunachal Pradesh which are the winter and the spring months for the state. Arunachal is located at a high altitude, and so has pleasant weather throughout the year. During the summers (April to June) temperature might be too high to explore during the peak daytime hours. July to September is the monsoon season in the state when the terrain transforms into a beautiful green paradise, but many tourist attractions may be closed due to heavy rainfall.

More about Best Time to Travel to Arunachal Pradesh

March and April are the months Arunachal Pradesh experiences spring while summers begin by the end of April and go on till June. With the temperature ranging between 20°C and 35°C, mornings and evenings are extremely pleasant to explore the attractions. Afternoons, however, could be hot and sweaty for some. Nonetheless, the region has a lot to offer to the tourists. The Itanagar Wildlife Sanctuary, the Pine Grove, waterfalls, lakes, Namdapha National Park, the Temples, monasteries and monuments can be explored during the season to feel refreshed in the midst of nature.

Monsoons are incredibly wet with torrential downpours and may not entirely be apt for long trips; however, it isn?t a bad idea to explore Arunachal Pradesh on a short or a weekend trip. The monsoon usually lasts from July to late September, and the rainfall is heavy and consistent. The temperature ranges between 17°C and 30°C and the state receives an average rainfall of 300 cm. Moreover, tourists can explore the terrain that is covered with dense green vegetation. On higher altitudes, one would get to see the mountains getting intimate with the clouds. The hills stations call out to hikers, trekkers, honeymooners and the off-beat travellers. The humidity levels may rise as high as 65%, but the excitement is incomparable for those who come with an open mind and a strong desire to witness Arunachal Pradesh for what it is.

If visiting during monsoons, one can also get to witness many festivals celebrated in Arunachal Pradesh. In July, the Dree Festival, a traditional celebration of the Apatani Tribe is held. The locals worship Metii, Tamu, Danyi and Harniang - the deities who save them from epidemics and famines. The ten-day festival of Solang is also celebrated in July/ August by people of the Adi community who mostly reside in West, East, the Upper Siang district, in the Lower Dibang Valley and the Upper Dibang Valley district. The traditional ways of merriment and sacred rituals can be seen during the time.

Arunachal Pradesh experiences winters between the months of October and February each year. The temperature stays pleasant and comfortable (around 15°C) all through the day while the nights get incredibly chilly as the temperature can drop as low as 7°C. It is a favourite destination for sightseeing amongst tourists coming from moderate or high-temperature zones. The mountainous terrain is a delight to explore as the monsoons, having just ended, leave the region under a refreshing thick carpet of greenery. So there?s more to see all through the day.

The winter season is also perfect for those who wish to witness some of the most important festivals of Arunachal Pradesh. The Ziro Festival of Music which is held in September-October is a famous four-day Music Festival where one can enjoy some exciting music created by local, national and international artists and experience its unique way of merriment. In December, the Siang River Festival is held on 16th and 17th day of the month. The festival includes folk music and dance shows, cultural programs, games and competitions, paragliding, river rafting, hot air ballooning, exhibitions etc. Pangsau Pass Winter Festival is held in January every year which is also famous for exhibitions and cultural shows. Additionally, Losar Festival, Nyokum, the three-day Boori Boot and Chalo Loku celebrations and the festival of Sangken are celebrated in February.

Best time to vist the Top Destinations in Arunachal Pradesh

View All Places To Visit In Arunachal Pradesh

This Homestay in Dirang is the Perfect Place to Relax Amidst Nature! 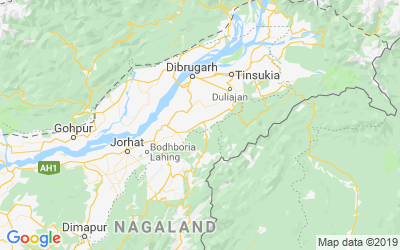