Plan Your Trip To Manipur

The jewel city of India, Manipur in the north-eastern part of the country, is listed among one of the most beautiful places of India where Mother Nature has been extra generous in her bounty. Least touched and least discovered, Manipur promises to be a great tourist discovery as the state offers endless enjoyment and pleasure with its exotic landscape, undulating hills, green valleys, blue lakes and dense forests. The Keibul Lamjao National Park in Manipur is the only floating national park in the world. Manipur is well-known in the whole country for its Rasleelas and Manipuri, which is the classical dance of the state.

Richly endowed with the natural beauty of waterfalls, lakes, streams, evergreen forests surrounded by nine sub-Himalayan ranges that attract tourists from all over the world, Manipur is beautiful, calm and serene with it's most ecstatic simplicity. Its greenery combined with the pleasant climate makes it attractive to tourists. Loktak Lake, Sendra Island, INA Memorial, Keibul Lamjao National Park are some of the major tourist attractions in the state. Shopping in Manipur is all about local handicraft, handloom and jewellery which are all readily available at the Khwairamband Bazar, Tribal Emporium and Sangai Handloom and Handloom House apart from the colourful local shops in the various cities.

Top Places to Visit In Manipur

View All Places To Visit In Manipur

Delicious Delicacies Of Manipur That You Should Not Miss!

View All Posts About Manipur

Quiet and less commercialised, makes for a perfect destination for a serene vacation away from the city chaos. Culturally rich; a treat for tourists who love to explore local cultures and traditions.

Food choices could be very limited for vegetarians. Communication could be a problem in remote areas. The fare for cabs and auto rickshaws is based on distance and negotiations. Outsiders might face a problem with the rates.

If you want to go away to a quiet place right in the lap of nature, Manipur is the place to be. With the increasing awareness and connectivity, it's becoming a popular choice amongst families. Solo travellers also often head to this part of the country. It's the kind of place you could go to with a bunch of friends or your special someone and ease out.

What is Cheiraoba Festival and when is it celebrated?

The Meities of Manipur celebrate their local new year with great pomp and show in the month of April. The city is decorated, and everyone comes together to be a part of the festivities. As a part of their belief, you can see locals climbing hills during the festival signifying the rise of human civilization to greater heights in every sphere and aspect. It is believed that this will bring them luck for the upcoming year. Cheiraoba is followed by a dance festival showcasing various dance forms including the famous Krishna Raasleela. April happens to be a splendid time for travellers interested in witnessing local art and culture.

Every year on the 11th day of the local calendar in Manipur, a religious ceremony called Heikru Hidongba is performed at Sagolband in Imphal. The Hiyang Tanaba Boat race precedes this annual ritual at Thangapat Moat, presented as a tribute to Lord Bijoy Govinda. As per mythology which refers to a boat race between the Laningthou and the Lairembi, the people of Manipur try to enact the same episode (known as hikaba) on the last day of the festival. This seasonal game is usually played only by men and a day before the race the participants offer invitations to the king and Vishnu as per their tradition. The race happens on a grand scale with people coming in huge numbers to cheer the participants.

Why is Loktak Lake popular?

Located in the Bishnupur district, 53 km away from the state capital, Loktak is the largest freshwater lake in the country. Covering an area of 300 square meters, it is famous for the numerous Phumdis or floating swamps which look like mini islands on the lake. A paradise for people interested in flora and fauna, Loktak is home to 233 species of aquatic plants, over 100 species of birds and around 500 species of animals including rare ones like the Myna and Indian Python. To the south of the lake is the Keibul Lamjao National Park, the only floating wildlife sanctuary in the world which happens to be the home of the endangered state animal of Manipur, Sangai.

How are the local people of Manipur? 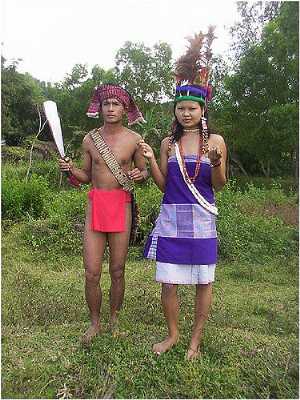 The creative, simple, and expressive people of Manipur stand firm with their religious diversity. 60% of the Manipuri population belongs to the Meitei tribe who are Vaishnavite Hindus and believe in Lord Vishnu, the protector in the Hindu Trinity (Vishnu, Brahma and Maheshwar). Kukis of the south and the Nagas of the north are the two main tribes of Manipur among the 30 hill tribes of Manipur. Manipuri people excel in martial arts, hockey, rugby and polo, the people are artistic and creative, and every house possesses a loom, and Manipuris weave with a passion and style, unparalleled by any other state. The people live music, dance and sports and exhibit a great zest for life. The tribal dances of Manipur are the expression of love, creativity and joy of the tribal people of the state. People in Manipur speaks Meitei and Manipuri, English is also understood and spoken by some. Hinduism, Christianity and Maibaism are the three prominent religions in Manipur, and the Nagas worship stones that in their language are referred to as LaiPham. While economically Manipur has poor infrastructure and development has been slow, but culturally, this state is known all over India. Handloom and handicraft products are the forte of the people.

What is the history of Manipur?

The folklore of Manipur refers to the locals as Gandharvas- a community of musicians and dancers. In epics like the Mahabharata, Manipur is credited as the place where Arjuna met Chitrangada and fell in love with her. The love of Shiva and Parvati has found space in the legendary Khamba- Thoibi love story of Manipur's traditional texts and verses. During the British rule, the kingdom of Manipur was one of the princely states and is credited to be the point of exchange for trade and culture with the neighbouring countries.

What is the landscape of Manipur?

A quaint region in the lesser explored North Eastern side of India, Manipur is often called the 'The Jewel of Incredible India'. Spread across an area of 22,327 kms, the majestic Manipur is bordered by Nagaland and Mizoram on the North and South, and Myanmar and Assam on its East and West respectively. The mesmerising sight of the blue mountains in Manipur truly justifies the literal translation of its name, the jewelled town.

Have a Question on Manipur?

Popular Questions And Answers on Manipur

Q. What are Manipuri old traditional dress or costume? 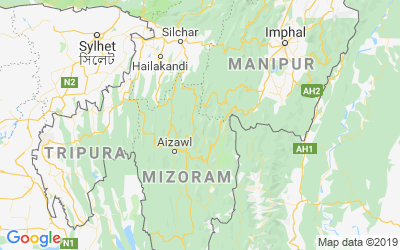