If you’re a photographer who is into travel/landscape photography or a traveller who wants to witness the Northern Lights, you’ve come to the right place!

Two days ago, solar storms started the nature’s elusive and ethereal display – Northern Lights or Aurora Borealis. This kaleidoscopic light phenomenon is most commonly seen in Arctic regions. The lights also have their southern equivalent above Antarctica – the aurora australis, but its primary audience is penguins.

How Northern Lights are formed

The Northern lights are formed by fast-moving, electrically charged particles that are emitted from the sun during a solar storm. These particles are driven towards the Earth’s Poles by its magnetic field, and their distinct colours are a result of the different gases in the Earth’s atmosphere.

The chances of spotting northern lights are expected to get a bit slimmer by each passing year till 2025!

The northern lights appear on an 11-year solar cycle. The chances of spotting this wonderful phenomenon are getting lesser and will keep getting lesser till about 2025 or 2060. 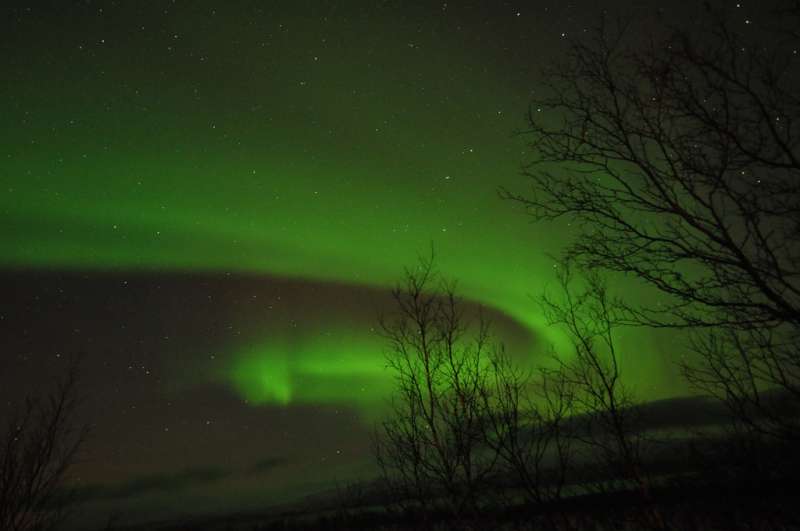 Scientifically proven to be an ideal place to witness the Northern Lights, Abisko, Sweden tops the list owing to its unique microclimate. The climate here is different from its surrounding areas because of the 43-mile long Torneträsk Lake. The Lake helps create the famous “Blue Hole of Abisko” – an area which stays clear of clouds no matter how the surrounding weather conditions are. Kiruna mountains set the scene with crystal clear skies; pristine snow capped peaks and clean mountain air. The Northern Lights here show themselves in the form of curtains, spirals, arcs or coronas. 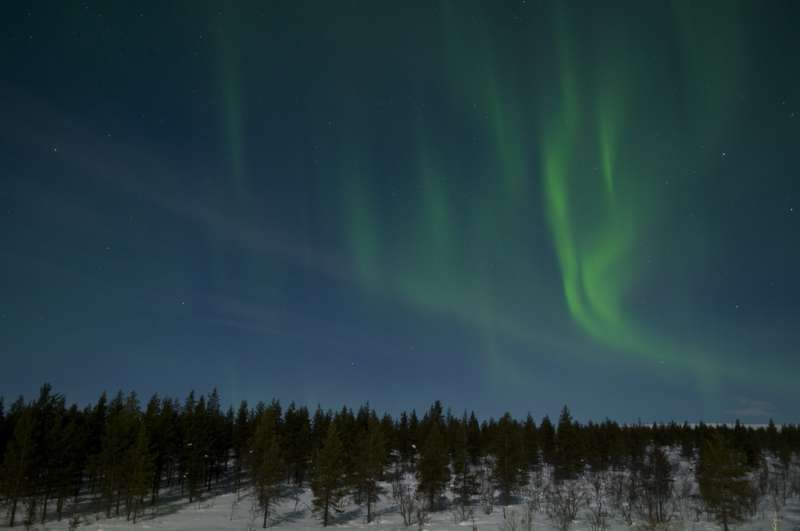 The scenery around Luosto is just perfect to get a clear view of Northern Lights. This place is tiny, but it has a lot to offer. Its main attractions are its wild and untouched forest areas as well as the Amethyst mine. In Luosto, the Grand Aurora arch spreads from one side of the horizon to another. On a clear night, near Finland’s third largest lake – Lake Inari, you’re very likely to catch the Northern Lights sparkle in the sky. If you’re into skiing and snowmobiles along with Northern Lights, Luosto is a place worth visiting! 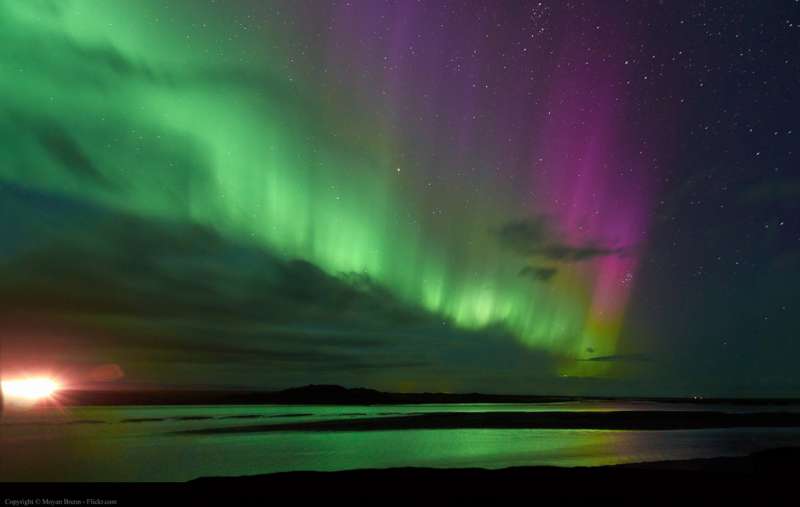 In Iceland, you can witness the Aurora Borealis from almost anywhere in the country. Iceland also has beaches. Northern Lights near beaches are spectacular if you go on the right night. Pingvellir National Park offers a darker night than rest of the country and gives you a magical experience where the whole sky dances right above you. The country’s biggest lake is there, and this is good for reflections. Thinking about good photographs? Iceland is the place to go! 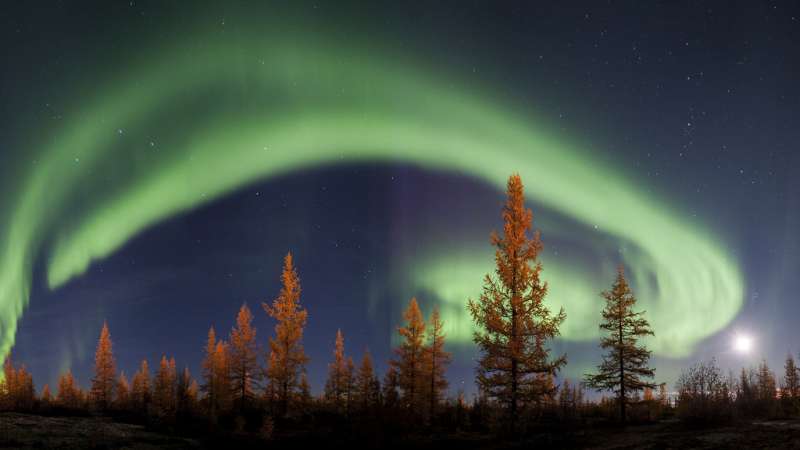 The Northern Russia gives you an adequate chance of witnessing the Northern Lights. If you can handle the below freezing temperatures of the Siberian winter, the amazing display of Northern Lights in the sky awaits you. Siberia has very low levels of light pollution and has long dark nights. The auroral belt where the solar gas collides with the Earth’s magnetic field also passes over the area. These three reasons combined makes Siberia a perfect place to see the Northern Lights. 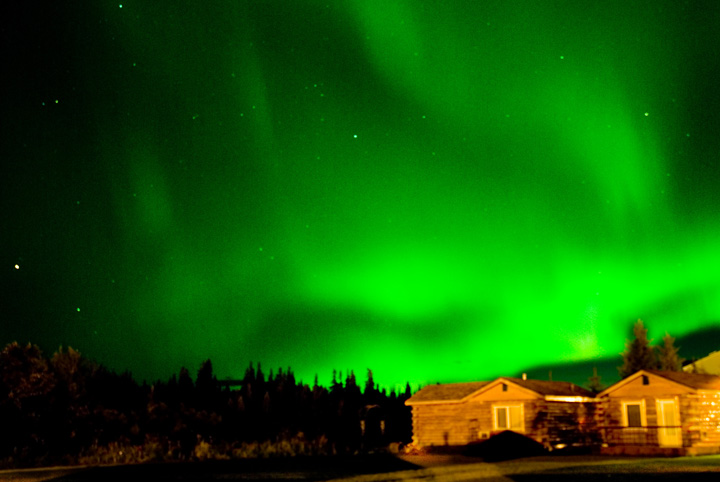 The most dependable spot in Alaska is Fairbanks. Fairbanks is under the Aurora Oval where Auroras are seen most frequently. The University of Alaska also forecasts Aurora to help schedule your trip to Alaska. According to the Fairbanks Visitors Bureau, if you visit Fairbanks for at least three days between September and March, you have an 80 percent chance to witness the spectacular phenomenon that the Northern Lights is. 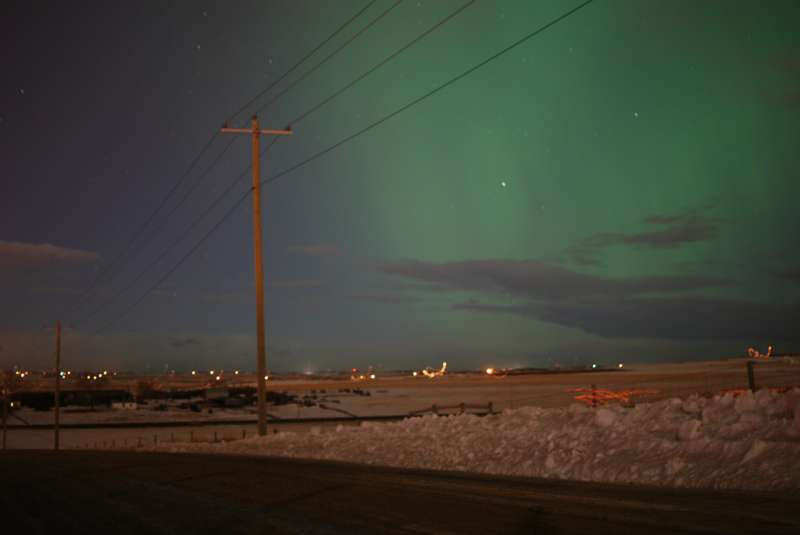 Areas near Lake Superior and other areas of North Alberta are prime spots to witness the surreal phenomenon. The world’s two largest dark sky preserves – Wood Buffalo and Jasper national park – are also located in Alberta. Being in Canada is like taking the front seat at one of the greatest shows on earth. While you cherish the night sky, you can also take a trip on a snowmobile or experience a wild dog sledge ride. In Canada, no matter what you decide to do, you can always bet that it will be an incredible trip. 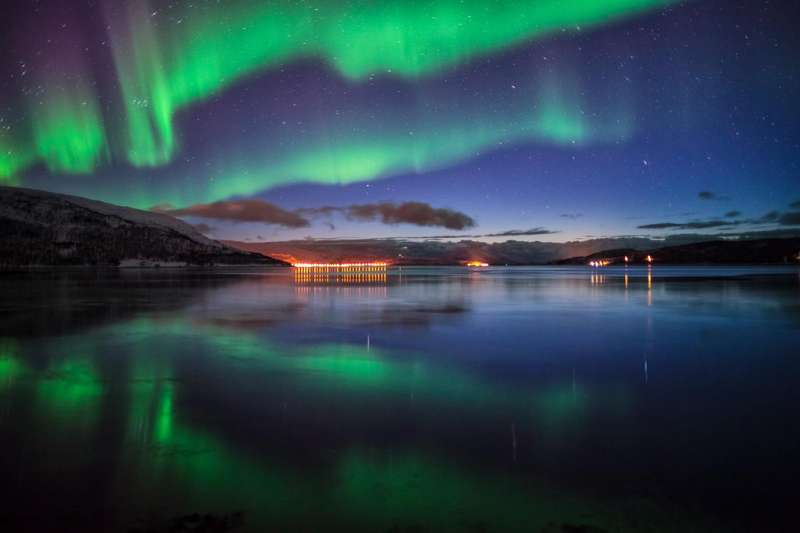 Norway’s location above the Arctic Circle makes it one of the leading places to witness the Northern Lights. Tromsø, being located in the Northern Lights oval, always provides the travellers with a good chance of Northern Lights irrespective of the sun’s cycles. Tromsø has excellent connectivity by flight making it easier to accessible from the rest of the world. Tromsø has a milder coastal climate making it livelier than other destinations in the list. Other attractions include snow-sledging, reindeer and the nightlife of the city which is pretty animated on weekends. 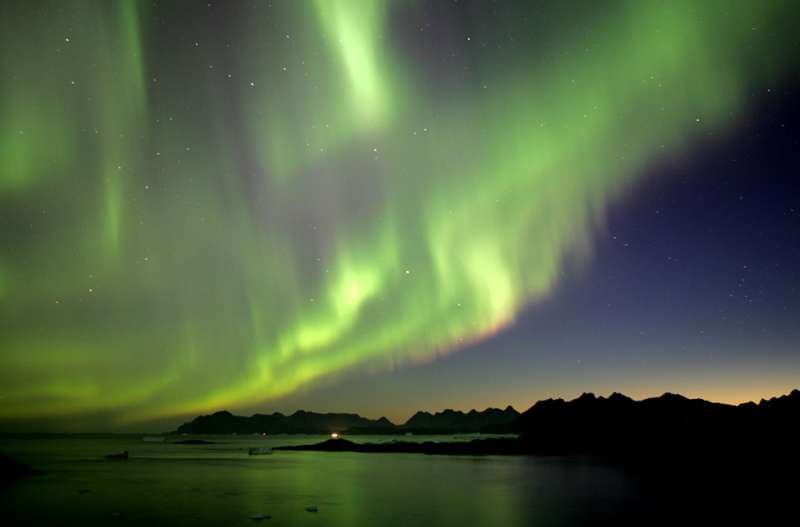 Greenland sees the night earlier than the rest of the world, and the spectacular Northern Lights can be seen as soon as it gets dark. If you have a dream to witness the natural phenomenon without getting a frostbite or hiking far into the wilderness, Greenland is the place to go. The winter season in Greenland is perfect to capture amazing photos of the Northern Lights. 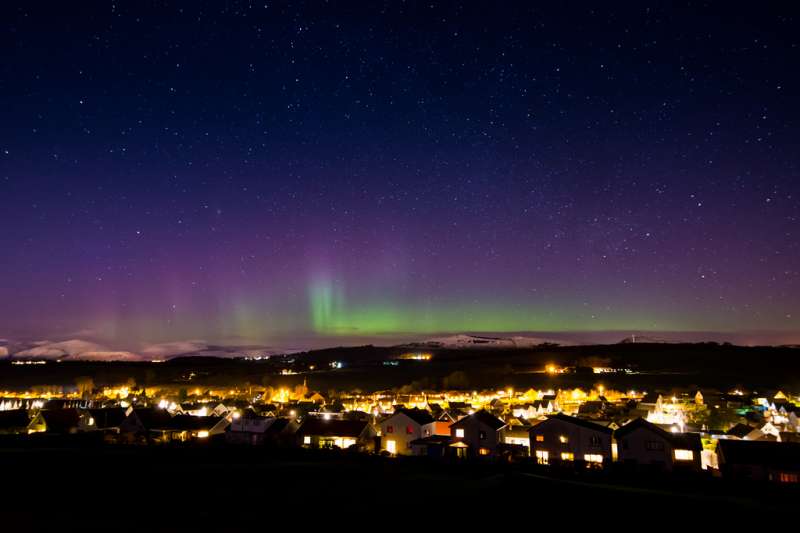 A part of The British Isles, Scotland is known for foggy, cloudy and stormy weather which are not ideal for observing the night sky. But the rare occurrences when the cloud cover breaks during the winter seasons, Scotland is the place to be to witness the Norther Lights. Staying up into the odd hours in the morning increases the chances of a sighting. A trip to Scotland gives you a good chance of seeing the Northern Lights without burning the holes in your pocket.

The ideal months to expect the Northern Lights are from Late August to Mid April. Go ahead and book your flights and hotels (preferably the ones outside the main city to have a dark sky away from the light pollution) well in advance to ensure that you have higher chances of witnessing one of the most beautiful phenomena that nature offers.