While the rest of the country is experiencing mild winters, North Indian states like Jammu and Kashmir, Uttarakhand and Himachal Pradesh are experiencing biting snowfall. Rajasthan did not fall out of this league either. Covered will hailstorm overnight, the desert state woke up to a snow-carpeted surrounding on the 15th of December, 2019.

The prime locations in Rajasthan which witnessed heavy snowfall included villages of Nagaur, a town located between Jodhpur and Bikaner like Chhapri, Maulasar, and Keechak.

Cold weather conditions continue to prevail with Mount Abu recording the lowest minimum temperature in the state at 2.2 degrees Celsius on Saturday. 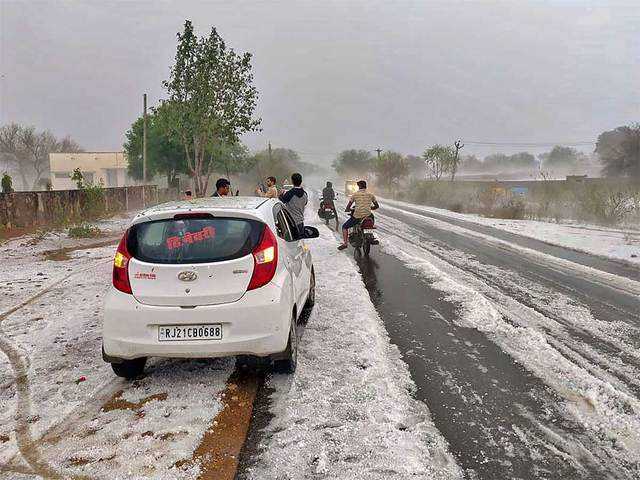 With such unexpected hail, transportation came to a halt in the affected regions of Rajasthan. Crops have received maximum damage and birds, livestock and other animals have been severely disturbed.

The magnitude of the hail storm surprised many. Reacting to the violent hailstorm, people tweeted their amusement and shock towards it. Thick fog is also expected to befall on Rajasthan over the coming days as per the weather forecast.

The reason for such an occurrence is the Western disturbance as revealed by the met department. A similar purpose led to causing rain in Delhi too. Rain in the Ganganagar district in Rajasthan on Thursday led to the temperature dip of 8 degrees Celsius.

It's surprising how the weather conditions are changing overnight, and pleasant weather is turning into biting temperatures.

Does the news amaze you? Let us know in the comments below