Read About Airports in Telangana

Plan Your Trip To Telangana

"The Newest State of India"

Telangana is the newly born 29th state of India, consisting of the ten north-western districts of Andhra Pradesh. It was originally part of the region comprising Hyderabad in Andhra Pradesh. With the separation, Telangana has got a whole new identity, packed with rich history and culture this state is exploring its tourism strengths.

The capital city of Hyderabad is shared between Telangana and Andhra Pradesh. The famous Char Minar is located here, which is also a shared monument among the two states. However, Telangana has a lot more to offer than just that. The Chowmahalla Palace, the Golkonda fort are some of the historically significant sites situated in this state.

The Kuntala waterfalls born out of a love story between a prince and a sage's daughter is one the largest waterfalls in this state which offer a cool respite to the tourists. Apart from this, there are many famous temples here such as Bhadrachalam and Mahabalipuram Temples; of which the Mahabalipuram temple is also called the Shore Temple owing to it's proximity to the beach.

View All Posts About Telangana

Telangana boasts of incredible historic and cultural heritage. It is popular among tourists for historic monuments, beautiful waterfalls and religious tourism.

Communication could be one of the barriers when travelling to Telangana. 77% of the locals communicate in Telugu, other languages spoken in the region are Urdu, Hyderabadi, Kannada, etc. Handful people can speak and understand English.

Telangana is a beautiful state with something to offer to everyone based on their interests. A perfect place for a vacation with family or friends. Also ideal for people interested in architecture and photography.

2 years ago
It is really a fantastic experience and loving memories staying in telengana and tasting telengana food. One should have interest to cover and see the historical places, enjoy the nature.
View All Reviews About Telangana

What are the popular art forms of Telangana?

Various local art forms thrive across various regions of Telangana. Some of the most notable ones are Deccaini, Nirmai, Kalamkari and Cheriyal Scroll. The Deccaini paintings which became popular in the 16th century are miniature paintings and reflect traces of Persian influence. Kalamkari is another celebrated art form from Telangana where intricate and meaningful designs are drawn on clothes. As an art form, this is not just popular in India but has buyers from all over the world. Cheriyal Scroll is a form Nakashi, featuring local motifs. These artists are mostly based out of Warangal and are known to be expert storytellers.

What is Perini Thandavam?

An ancient dance form from Telangana, Perini is performed by males and is locally known as the dance of warriors. Dedicated to Lord Shiva, this dance form finds its roots in the rule of Kakatiya dynasty. It is said to be performed by warriors right before they leave for the battlefield. As per the local belief, thandavam invokes a sense of inspiration in the warriors, and while performing it, dancers dedicate themselves entirely to Shiva to achieve a state of mental abstraction to feel his energy in their bodies as it moves dynamically to resounding drum beats.

Which are the top religious places in Telangana?

Religious tourism is popular in Telangana. Every year, the state welcomes many pilgrims from various religions here. Popular temples in this region are Ramappa Temple, Thousand Pillar Temple, Yadagirigutta, Sri Raja Rajeshwara Temple, Birla Temple and Bhadrachalam Temple. The state also has one of the largest mosques in the country, the Mecca Mosque. It is the oldest in the city and is built from bricks brought from the holy city of Mecca. Other than this, Buddhist tourists head to Kolanupaka in Nalgonda to visit the three-foot idol cut out of jade stone.

How are the local people of Telangana? 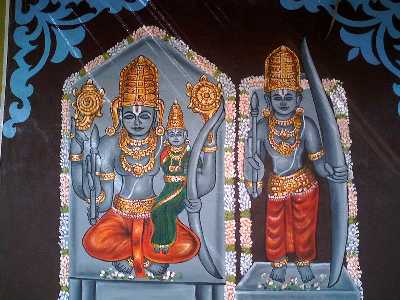 People living in Telangana are a mix of Hindus, Christians and Muslims in majority. Their customs and traditions are largely influenced by their previous rulers such as the Mughals, Turks and Arabs; add to that the rich Indian traditions and customs and we have ourselves Telangana - a state whose culture is a conglomeration of so many different cultures, infused brilliantly and harmoniously.

What is the history of Telangana?

After India's independence, the States Reorganization Commission was established in 1953 under which leaders of Telangana and Andhra Pradesh decided that both states will be merged and function as one state, Andhra Pradesh. Since then it's reported that internally there were many protests to revoke this merger.

As a result of the struggle for statehood, in December 2009, the Government of India announced that statehood be given to Telangana. Consequently, in 2013, Congress Working Committee also passed a recommendation for the formation of Telangana. Finally, in 2014 as the Andhra Pradesh Reorganization Act was passed, Telangana came into existence.

What is the landscape of Telangana?

Spread across an area of 1,14,800 square kilometres, Telangana shares borders with Maharashtra and Chhattisgarh to the north and north-west, Karnataka to the west and Andhra Pradesh in the southern and eastern side. Two major rivers which flow through its boundaries are Godavari and Krishna. While the Godavari flows through northern Telangana, Krishna streams through the southern part of the state. It has ten districts under its political boundaries including Hyderabad, Nizamabad, Warangal etc.

Have a Question on Telangana? 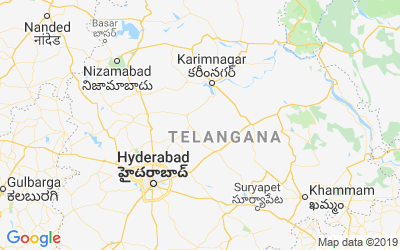