Plan Your Trip To Maharashtra

"Gateway to the heart of India"

Often called the 'Gateway to the Heart of India', Maharashtra is the third largest state and second most populous state than in the country. Owing to its proximity to the Western Ghats, it is blessed with a picturesque backdrop of the mountains on one side and has the beautiful Konkan coastal belt on the other.

Maharashtra, the land of everything unlimited invites you into its widespread plethora of attractions. It is adorned by the beautiful Sahyadri ranges of the Western Ghats with high mountains that disappear into the morning mist, while the sprawling belt of the Konkan Coast mesmerises the eyes by its white beaches. The ruins of the ancient forts and palaces in Pune and Ratnagiri among others proudly narrates the story of the then mighty rulers of Maharashtra. Centuries-old temples situated in places like Pandharpur, Ozar are still rooted in their traditions, offering sanctuary to pilgrims. As do the small hill stations of Mahabaleshwar, Lonavala, Matheran, nestled cosily in nature, provide respite to travellers from the hustle and bustle of the cities.

People of diverse culture and religion live amicably in this state, which is why there is much ado about the culture of Maharashtra which while retaining its original Marathi culture has beautifully embraced other cultures that have come to call this state their home. Apart from being rich in history, traditional arts and lifestyle, it is also famous for its economy primarily because Mumbai -the financial capital of India is situated here. The entertainment hub - the Bollywood film industry also finds its origin in this state. The amalgamation of these varieties of things that this state offers will make your visit here absolutely worthwhile.

Top Places to Visit In Maharashtra

View All Places To Visit In Maharashtra

View All Posts About Maharashtra

Houses many iconic attractions of India. Lazy beaches, lush green mountains, cosmopolitan cities and World Heritage Sites. The extraordinary Ajanta and Ellora Caves. Can be visited throughout the year depending on the theme of your holiday.

Some areas can be over-crowded. Blistering summers.

What are the major festivals celebrated in Maharashtra?

The vibrant fairs and festivals of Maharashtra depict the crux of its culture, traditions and beliefs. Everyone celebrates all festivals with immense enthusiasm and energy. Some of the famous festivals celebrated here are- Ganesh Chaturthi- It is held in August to celebrate the birth of Lord Ganesh. Beautifully decorated Ganesh idols are set up in homes, and on the last day, the God is taken out in a procession accompanied with dance and music, and finally immersed in nearby rivers and water bodies. Nag Panchami- It is another famous festival in which snakes are worshipped. Snakes are made out of clay, and people offer milk or sweets to the deities. Sangli in Maharashtra is famous for snake catchers, and people come to watch their exciting performances with snakes. Gudi Padwa- This festival celebrates the New Year as per Hindu calendar. Gods are worshipped and Prasad of neem leaves, gram pulse and jaggery are distributed. Narali Pournima- It is celebrated on the full moon day of the Shravan month as per the Hindu calendar. Pola is a harvest festival in which bullocks are honoured and respected.

What are the popular art forms of Maharashtra?

Maharashtra is famous for its myriad forms of art. Some of them are- The Kohlapuri Footwear- Kohlapuri style is popular in the state which originated in the district of Kolhapur. They are hand-made leather footwear. Sawantwadi Crafts- Sawantwadi is a small town in Sindhudurg district of Maharashtra, which is famous for its Sawantwadi crafts. These favourite arts mostly include lacquer ware. These include traditional lacquered furniture painted with hands and light fittings. Bidri Work- The Bidri ware is an old craft that originated in Aurangabad and made use of zinc and copper as raw materials. Artisans use this art form to make decorative pieces. Mashru and Himru fabrics- These are shiny fabrics made up of cotton and silk. Himru shawls are well-known in the country and outside. Ajanta Paintings and Warli Paintings can also be purchased.

What is the traditional dress of Maharashtra?

One gets to see the impressive traditional attire of Maharashtrians only during festivals. Men usually wear Dhoti and pheta which is a Marathi word for turban. The women here wear choli and nine-yard saree, which is known as Nauwari Saadi or Lugda. When it comes to jewellery, women wear the famous Kohlapuri Saaj, a type of necklace made in Kolhapur. They also adorn their noses with the 'Brahmani Nath' that is studded with Basra pearls and emeralds. Other items are also made with the combination of gold beads, red and white stones and pearls.

What are the best adventure activities to do in Maharashtra?

The state of Maharashtra offers you a wide variety of nerve-racking adventures. Paragliding- Kamshet, Panchgani and Mahabaleshwar along with surrounding regions are one of the best locations for paragliding in Maharashtra. White Water Rafting- Kundalika river offers an excellent opportunity for this adventure. Hot Air Balloon ride- Lonavala, a hill town in the western part of the state, is very famous for its hot air balloon ride in India. Wildlife Safaris- Tadoba Tiger Reserve and Satpura National Park are two beautiful reserves in Maharashtra. You will get to see an excellent variety of wildlife here. Camping- Camping amidst lush greenery and serene views is a lifetime experience. Kambre and Koyna are the best campsites in Maharashtra.

How are the local people of Maharashtra?

Though influenced by the culture of Mumbai - the capital city of Maharashtra and the largest metropolitan, coupled with the fact that the Cinema industry resides here, the people of here are still deeply rooted in their traditions and age-old customs. With the fast-paced advances of technology in the state, they play the balancing act pretty well. The simplicity of the people can be glimpsed through every little thing they do, and even though they may embrace fashion, their lifestyle is mostly on the theme of simplicity. Marathi is the native language that is widely spoken in different dialects. However, Hindi is also a popular language used with a more slanged altercation. Marwari, Gujarati, tribal languages in the more central part of Maharashtra are other languages that are broadly spoken. People of all religions reside here, though populated primarily by Marathis, Gujaratis and Marwaris. One may find Parsi's, Christians and South Indians as well among others.

What is the history of Maharashtra?

The rich history of Maharashtra takes us back to the time when the region of Konkan came under the control of Maurayans in the third and fourth centuries. After the disintegration of the Mauryan Empire, the Satwahanas (230 BC-AD 225) came to rule this region. Pratishthan or modern Paithan was their capital. In succession came the great rulers of the Vakataka, Chalukya, and Rashtrakuta empires making Maharashtra a high centre of culture and art.

Yadavas were the last of these kingdoms that lost their power in the early 12th century and a long period of Muslim rule started in Maharashtra. Then, in the 17th century, Marathas came over to rule the region. Shivaji was the first great ruler of Marathas, and after the Marathas, the Britishers established their rule in the area.

What is the landscape of Maharashtra?

Maharashtra is located in the northern centre of peninsular India. The Arabian Sea surrounds it in the west, Gujarat on the north, Madhya Pradesh on the east, Karnataka and Andhra Pradesh on the south. The state has Deccan plateau which is separated from the straight Konkan coastline by 'Ghats'. Rivers like the Godavari, Krishna, Tapi and Narmada flows through the state. It has 35 districts which are grouped into six divisions- Amravati Division, Aurangabad Division, Konkan Division, Nashik Division, Nagpur Division and Pune Division.

Have a Question on Maharashtra? 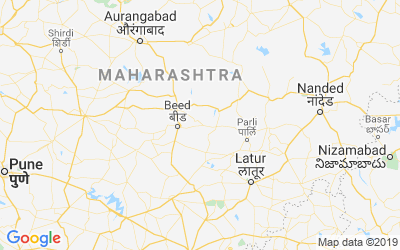