When it comes to food, the land of Marathas can never disappoint you. From the world-famous pav bhaji to the delicious poha, Maharashtra has a lot to offer to food lovers.

Maharashtrian cuisine can be broadly classified into two styles- Konkan and Varadi. Konkan being from the coastal region has influences from Goan, Saraswat, Gaud and Malvani regions. Varadi cuisine, on the other hand, belongs to the Vidarbha region. Some spices like Goda Masala, Kokum, Tamarind and Coconut are essential ingredients in the Maharashtrian kitchen. Maharashtrian cuisine is considered to be very diverse as the flavours and spice levels differ in different parts of the state.

Here are a few irresistible Maharashtrian dishes which represent Maharashtra food the best! 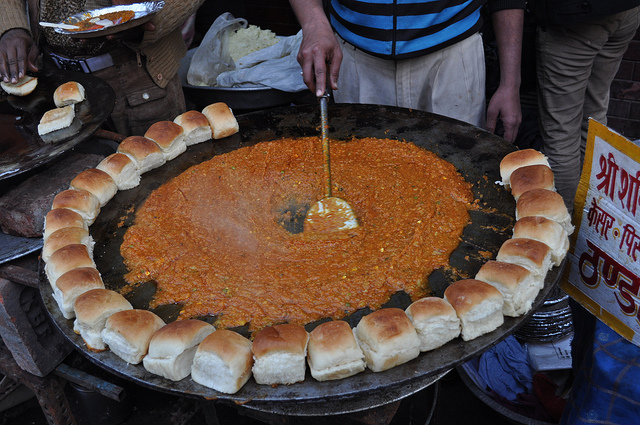 Amchi Maharashtra food is incomplete without this dish which has come to be synonymous to the state! Fresh and thick slices of bread, smothered in butter served with a delicious mix of moderately spiced vegetables. This lip-smacking dish has won the heart of every Indian! 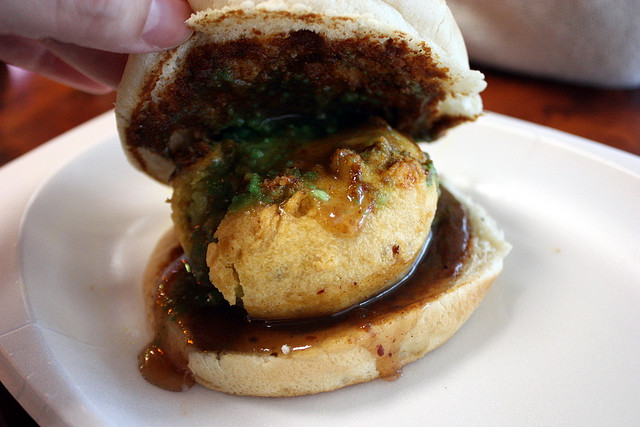 Vada Pav can easily be called the Indian version of a burger! A delicious, spicy, deep-fried patty made of potato is squeezed between a thick slice of bread, similar to a burger bun. Between the vada (patty) and pav (bread) a spicy mix of spices and salt is sprinkled and garnished with a fried, salted green chilli. Sounds perfect, isn't it? It's an all-day snack and is extremely popular among Maharashtrians. It is very economical, filling and easily accessible. Another popular offshoot is the Bhajiya Pav, which has batter-fried onions instead of the patty. 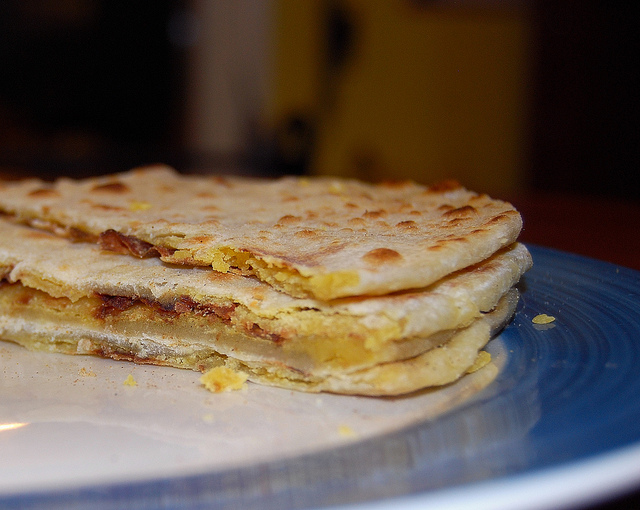 This delectable food item is a sweet version of the loving parantha. The stuffing is made from jaggery (gur), yellow gram (chana) dal, plain flour, cardamom powder and ghee (clarified butter). It is a popular dish in festive occasions and also can be eaten at any time of the day. A tasty dessert does not need anyone's permission to be eaten! 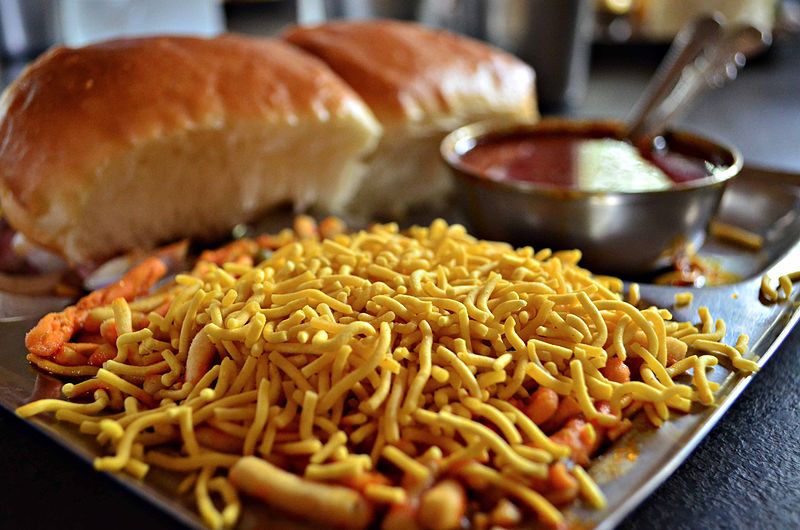 Misal Pav is quintessentially from Pune and is one of the most popular Maharashtrian breakfast, snack or even brunch. It is a street food popularly found in Mumbai. It has a spicy and tangy lentil curry which is made with moth beans and is served with Pav bread. At times, it is eaten with yoghurt to lessen the spice. Although it is a breakfast food but Maharashtrians enjoy it at time of the day. There are various types of Misal such as Puneri Missal (topped with poha), Nagpuri Missal, Kolhapuri Missal and Mumbai Missal which are very spicy. 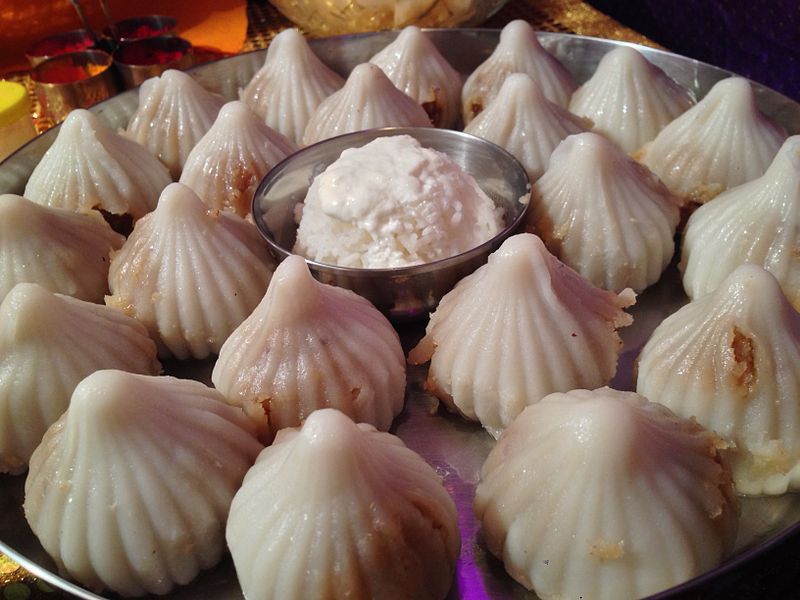 Modak is one of the most famous sweet found in Maharashtra and is extensively eaten during the Ganesh Chaturthi Festival all around the state. The sweet filling on the inner part of a modak consists of freshly grated coconut and jaggery while the outer shell is made out of rice flour and is very soft. With time, there have been varied types of modak such as Kesari modak, dark chocolate modak, motichoor modak, paneer modak, dry fruit modak and many more. This sweet is Ganpati's favourite and that is for a very definite reason for sure. 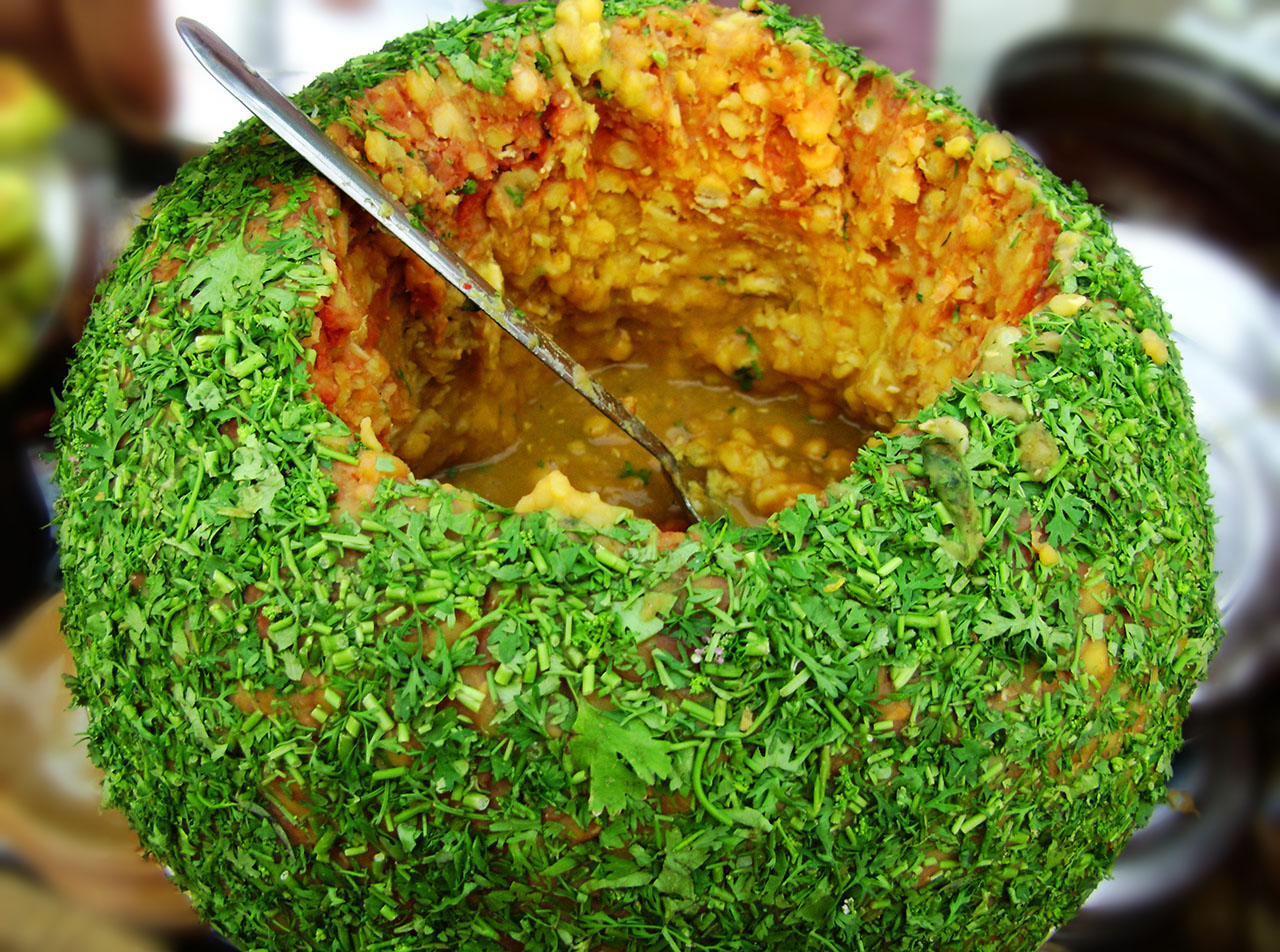 The much famed Ragda Patties or as the locals would name it Ragda ?pattice? (a localised version on the English ?patties?) is a part of Maharashtra's delicious street food that one should never leave out on. It is a yet another lip-smacking street food in Mumbai which is prepared by using curried dried peas and patties. These potato patties are dipped in the Ragda gravy and topped with chaat chutneys, finely chopped onions, tomatoes, crispy sev and cilantro. The dish is regularly served at all restaurants in Maharashtra and is also an important part of the local street food as well. 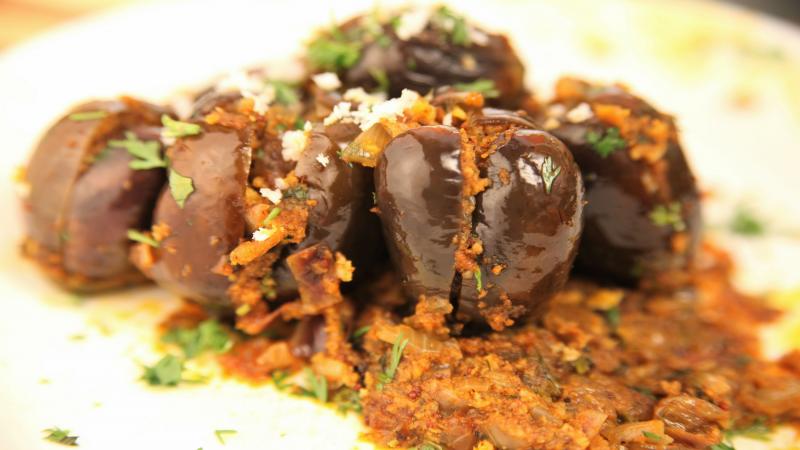 This is a popular style of cooking brinjals or baby brinjals stuffed with coconut, onion, jaggery, Marathi goda masala. Brinjal has never been anybody's favourite vegetable per se. But this Maharashtra food dish has the capability to kick in life into this otherwise boring vegetable. This combination of ingredients does wonders to the brinjal. 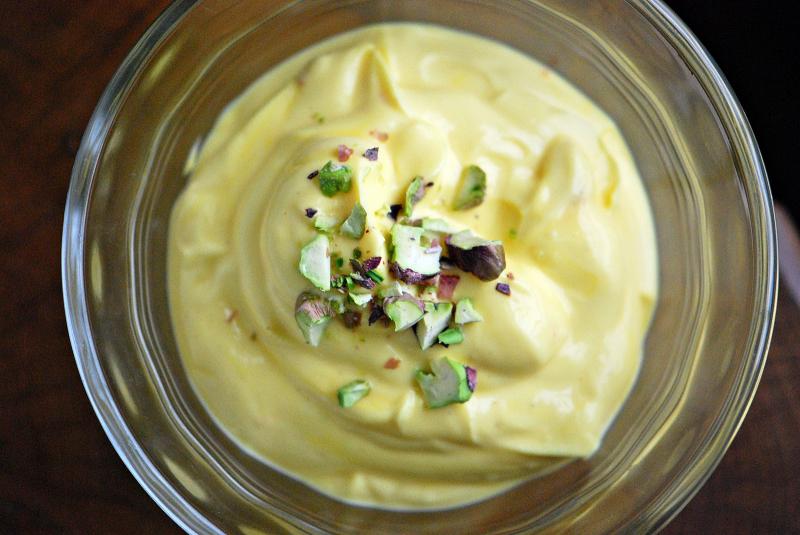 Sreekhand is a sort of sweet yoghurt dish, flavoured with cardamom powder and saffron, this dish is a hit at weddings and at the festival of Dushera. It is usually served with piping, hot puris and is another Maharashtra food dish that is famous all over the country. 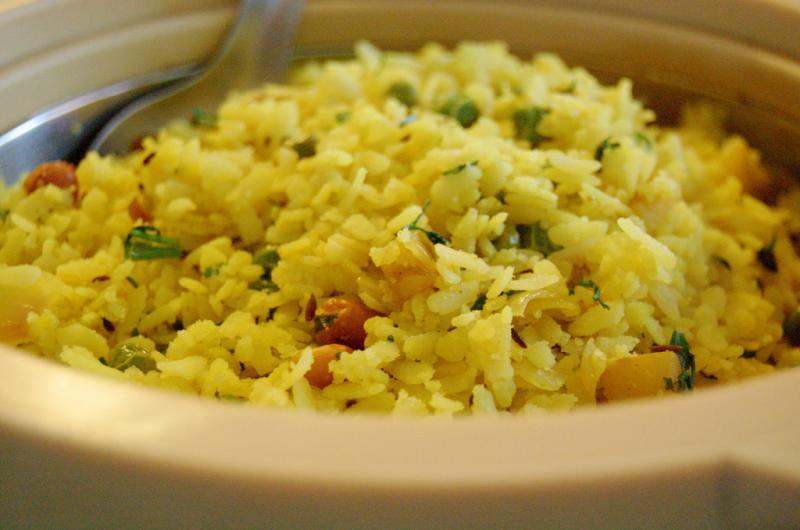 This chai-time snack which is made out of flattened rice is a favourite among every Maharashtrian. A very versatile dish, poha can be prepared in numerous ways. The most common variant is kanda poha which is made with onions. Other variants include batata poha, poha prepared with diced potato, dadpe pohe which is raw poha prepared with fresh, shredded coconut, green chillies, ginger and lime juice and lastly kachche pohe, raw poha tossed in a mix of oil, red chilli powder, salt and un-sautéed onion. No matter which way you choose to make it, poha will leave you craving for more! Sabudana is ?sago? or tapioca starch. Khichdi roughly means ?mixture?. This unique dish is a popular breakfast item in Maharashtra food and cuisine and is one of the few food products which is consumed during the period of holy-fasting, ?upwaas?. The granular texture of sago prepared in a savoury mix turns out to be a delicious dish indeed. 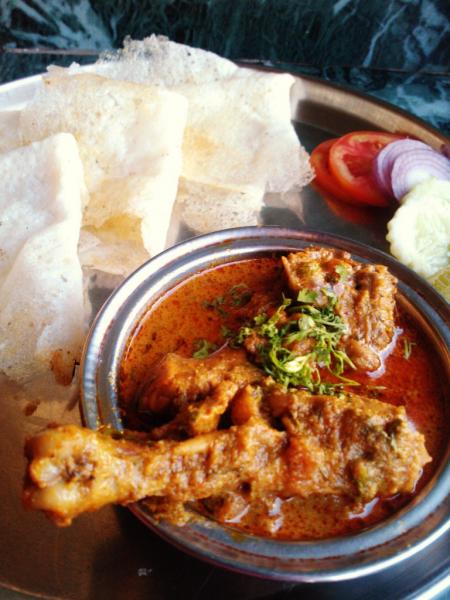 Rassa or taambde or pandhra or varhadi is a non-vegetarian Maharashtra food dish made with mutton, chicken, fish or any other seafood. It is originally from Kolhapur and means a ?watery curry?, ras means juice hence rassa means a juicy preparation. Matnacha rassa is a spicy red curry mutton preparation. Taambde rassa means red curry and is made out of famous Kolhapuri chillies. Pandhra rassa is a yoghurt based white curry and is spiced equally. Lastly, Varhadi rassa is a chicken curry originally from the Vidarbha region. 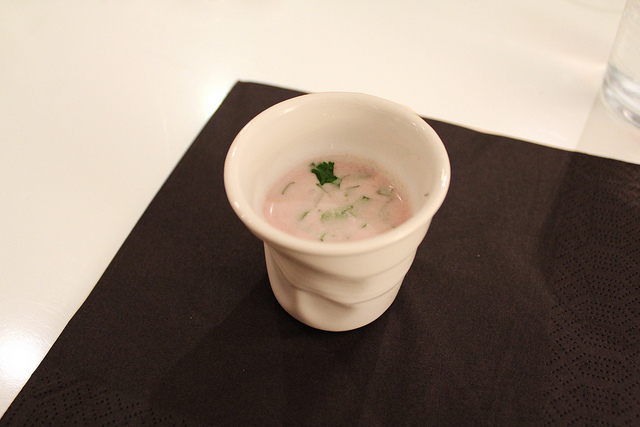 Sol Kadhi is a very popular Maharashtra Food dish prepared with kokam in coconut milk. This dish is common across Maharashtra, Konkan and Goan regions. Coconut milk spiced with green chillies, kokum and fresh coriander, this dish screams freshness. A pleasant pink coloured drink, sol kadhi is served as an appetizer and is hailed for its digestive qualities! 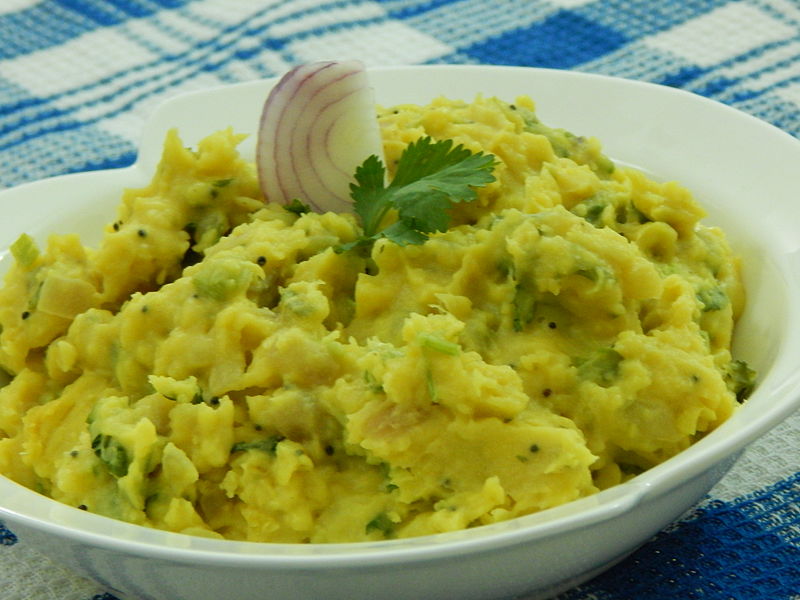 Pithla Bhakri is the recurrent ?comfort food? for most of the Maharashtrians. In fact, it is also known as the Farmer's meal in the state. Mostly, the hot pithra is united with bhakri and even roti at times as a reward after a long and tiring day at work. This simple dish doesn't require either too many complex ingredients or a lot of time to prepare. Instead, its the best dish to come up with when you are out of veggies. Mostly, pithla which is served with rice has a watery-liquid like consistency and a semi-liquid or dry pithla goes perfectly with bhakri or roti. A spicy version of the same is known as Zunka. One can easily identify a Maharashtrian neighbour by the aroma of the famous Maharashtrian dal, Aamti. A simple yet tasteful preparation of lentils, aamti is one of the Maharashtrian dishes that emerged rom the Vidharba region and spread to parts of Goa and Karnataka too. Today, there are more than 51 different versions of aamti, and none of it has a complex recipe ? that's the beauty of this comfort dish. Like all dals, aamti has a lot of proteins in it and is good for one's health. 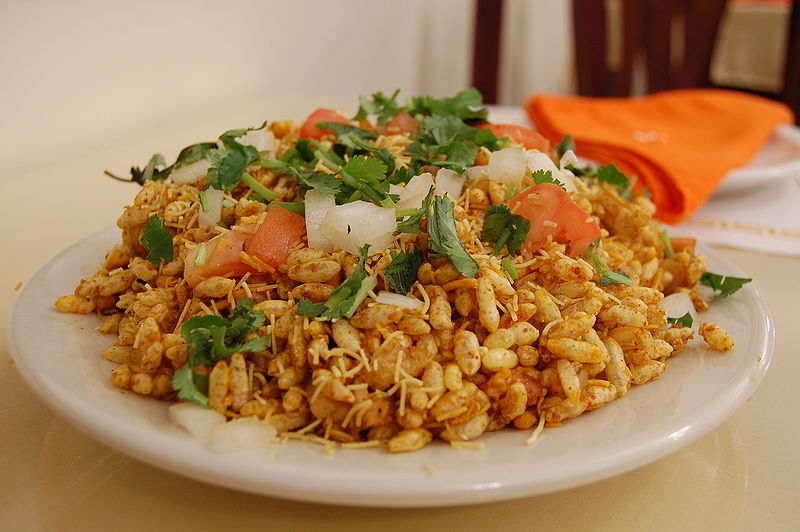 Bhelpuri is a savoury snack common in Maharashtra and is found in abundance on the local streets. It is made of puffed rice, vegetables and a tamarind sauce for a tangy taste. Bhelpuri is considered to have originated from parts of Maharashtra and from there it has spread to different parts of the country. Bhelpuri can be served in a lot of ways, but usually it is served on a paper which is folded in the form of a cone and is consumed using a paper spoon. Different types of bhelpuri are ? sev puri, churmuri, sev papdi chat and dahi pudi. 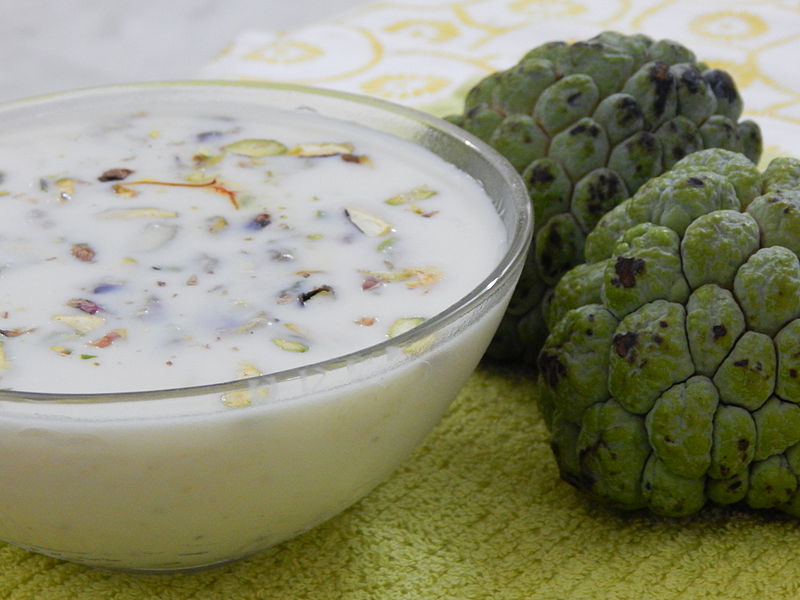 Basundi is a sweet dish made in Maharashtra. It is condensed by boiling the sweetened milk on low heat until it becomes half of its initial volume. Sugar, cardamom or saffron is added to augment the flavour and texture. Different types of basundi are also created such as custard apple basundi and angoor basundi (having small-sized rasgullas in basundi). 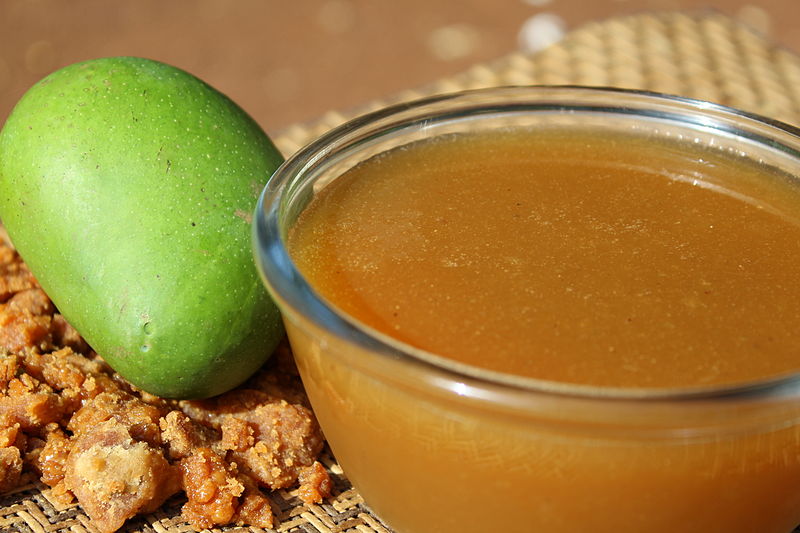 Kairi Panha Cha is a traditional Maharashtrian raw mango drink and is enormously famous during the summer season, used as a refreshment drink. Mostly the mangoes chosen are Alphonso and Salem Gundu. This drink takes hardly 7 to 8 minutes to be prepared and it works tremendously advantageous in relaxing someone when served chilled. In order to improvise the drink, the cardamom is ground along with its peel to give a better flavour. 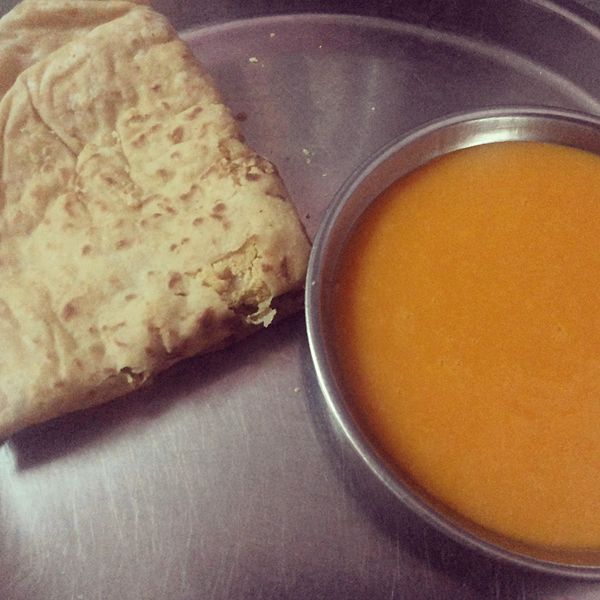 Summer season is all about mangoes and aamrus is one of the favourite mango servings in Maharashtra. The aamras is made from the mango pulp and is thick in texture. The pulp is extracted by hand and it takes not more than 30 minutes to prepare. It is served with puris or chapattis. At times, ghee or milk is added to aamrus to enhance its flavour. 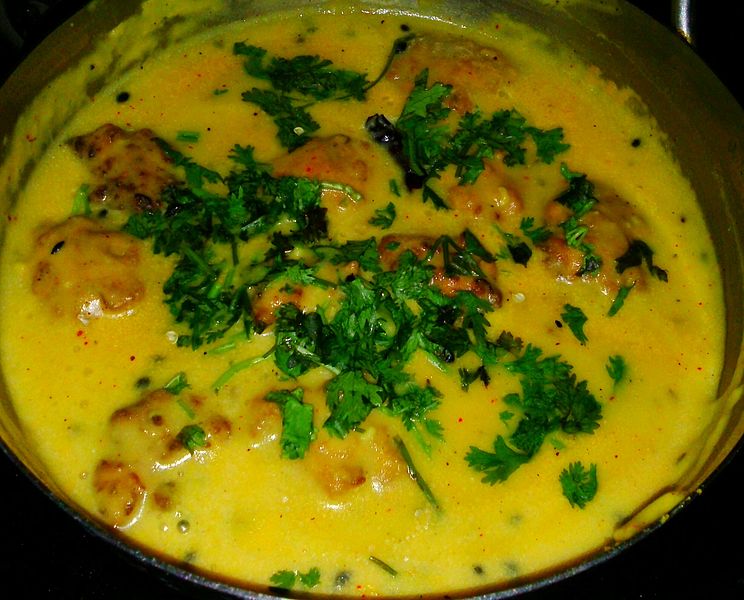 Kadhi is an important constituent of Maharashtrian meal. It consists of thick gravy based on chickpea flour and contains vegetable fritters known as pakoras. The yoghurt or Dahi added to it gives it a sour taste but mostly in Maharashtra, sugar is added which makes it taste sweet as well. It is a perfect dish during the summer season as it can be enjoyed the most with steamed rice, or even moong dal khichdi to bring a change. 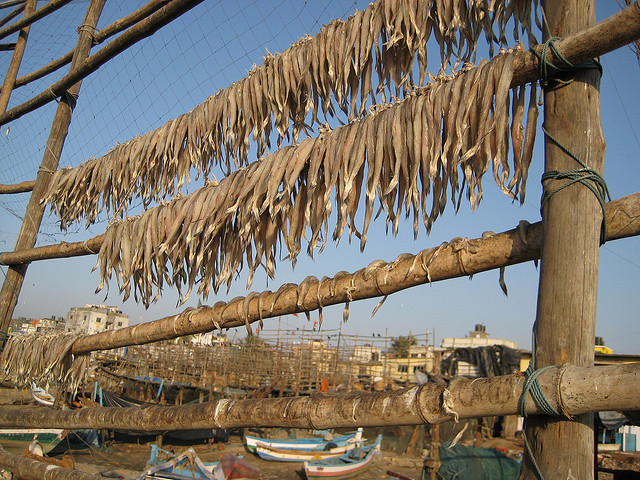 Bombil or Bombay duck is a popular Maharashtra food dish across the coastal regions of this state. This dish is usually served butter-fried with a drizzle of lime juice and onions. It is best enjoyed in the rainy season. Earlier, Bombay duck had been banned by the British because it tends to give out a very pungent smell. But nothing can beat this dish in its taste!

Thus, now you know that there are plenty of dishes that add to the resplendent cuisine of Maharashtra, which covers a wide variety from mild to spicy dishes. And, now that you have this article as a handy guide to this cuisine, you would surely not leave out on any delicacy the next time you visit Maharashtra (you're welcome for this!). ??? ??? |

Places to visit in Maharashtra

View all places to visit in Maharashtra

Beaches in Konkan For An Exciting Western India Getaway

The Winding Roads and Destinations #TWC

Treks in Maharashtra To Explore The Forests Of Western Ghats

This Island In Maharashtra Is The Best Weekend Exploration - Have You Been?

34 Street Foods of India: Yummy in My Tummy!

Cafes In Pondicherry - The Heart Of French Cafes