10 Most Beautiful Train Rides in the World

To put it in the mighty words of Ernest Hemingway, 'it's the journey that matters in the end', and train rides are all about it. The whole essence of travelling on a train is the journey that presents one with breathtaking views of multiple vistas, various facets of life in the outskirts along with the farms and scenery away from the commercial hustle.

If you're a sucker for train journeys, it's about time you took yourself on these mesmerising train rides for the most graphical and idyllic journeys. Here's a list of the most charming train rides! 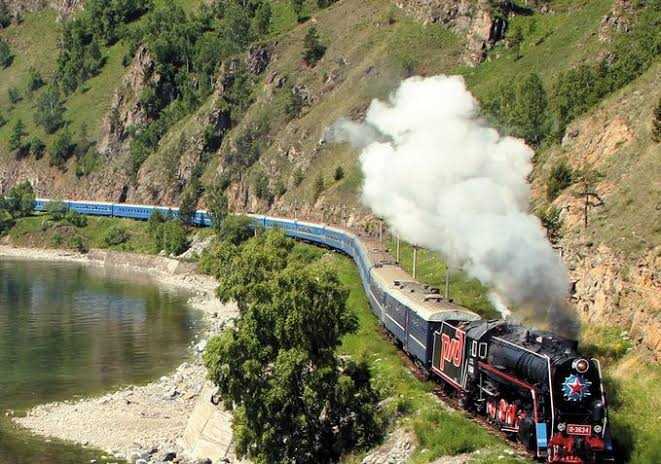 The most varied and beautiful section of the journey lies in the climax of it along the Trans-Mongolian route, which runs from Moscow to Beijing. From leaving Siberia and touching Mongolia the scenery of the land turns to parched red flats with grassy dunes sloping around the horizon. Spotting the Great Wall of China en route is a highlight as the train steeps over valleys and orchards. You'll be spotting conical hat farmers and men treading along and waving to the trains as well. Words can barely do justice to the beauty of it.

2.  First Passage to the West - Canada, Vancouver To Banff 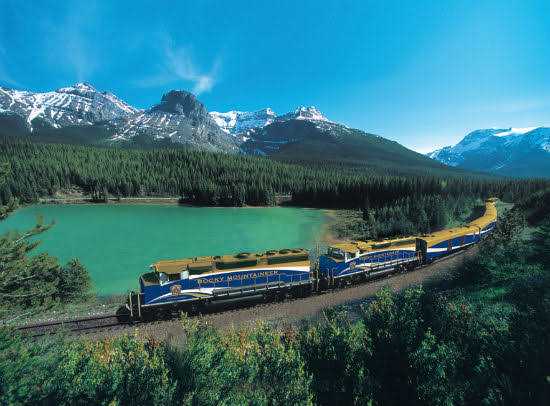 The beauty of the first passage lies essentially between the ride from Vancouver to Banff or vice versa. Spotting includes sights like ice-capped glaciers, wild waters of Fraser Canyons Hell's Gate and steep tracks running alongside the Thompson River. Tracking down the Canadian Rockies is a delight after a journey over the lakeside city of Kamloops. Let's just say that every segment of it is a visual treat and you can't afford to doze off in between. 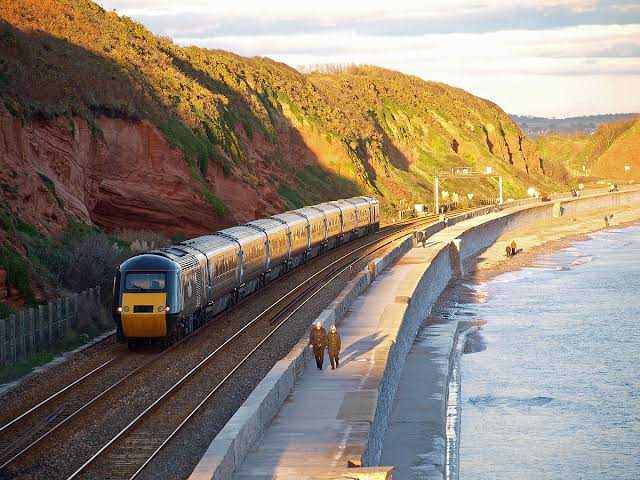 Slightly different from what you'd expect on railway rides, this one kicks off the Riviera City, typically running between the route from France into Italy, passing through cityscapes and giving fast pacing views into cultures and habits of the three different regions. Turning through the curves of the sparkling Ligurian Sea, the ride takes passengers across various towns and cities where beautiful bougainvillaea falls on the walls of apartments, giving a hint of the colloquial life of the people. With stops at Nice and Monaco, what else does one want?

4. Glacier Express - Over the Swiss Alps From Zermatt 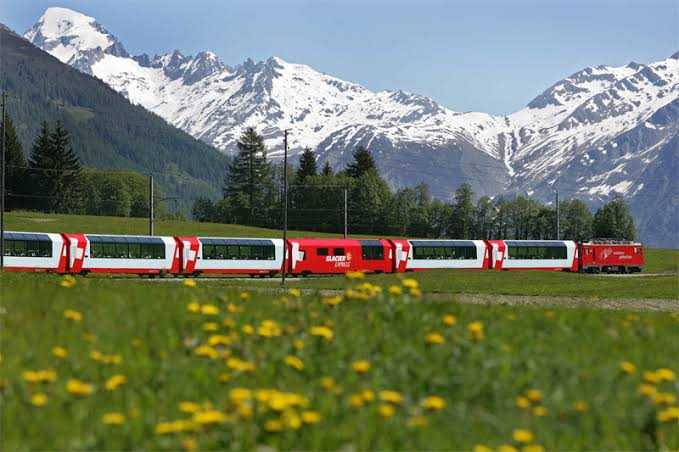 If you're a personal fan of the Swiss Alps, this journey is for you. The Dedicated day-long trip imbibes a newfound romance with the mountains of Switzerland within oneself. The journey includes 91 tunnels and 291 bridges rolling past southern Switzerland's alpine meadows, pristine mountain lakes and picture-perfect hamlets. Oberalp Pass, the highest point on the ride at 6706 feet is the zenith of the ride along with the Landwasser Viaduct. The beauty of it lies essentially in the curves and cross-points that one can encounter. 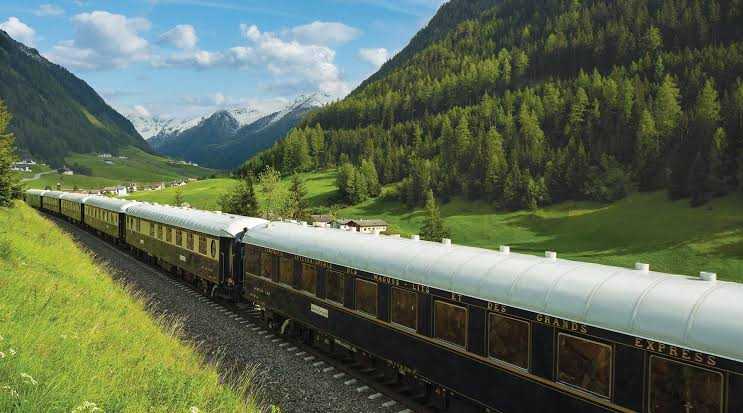 Who isn't aware of the legendary Orient Express? A book and a movie named after it is not just known for its views but also for its onboard services that reminisce the golden age of train travelling where dedicated private compartments and exotic lunches play an important role along the journey. The splendid view of the Swiss Alps on the Venice Simplon-Orient-Express, followed by the Italian Dolomites and the Moon River view which most people crave to catch sight of. The overhead railway Bridges and the fine rail lines curling over nooks and crevices of mountain zones will thrill and elevate you together! 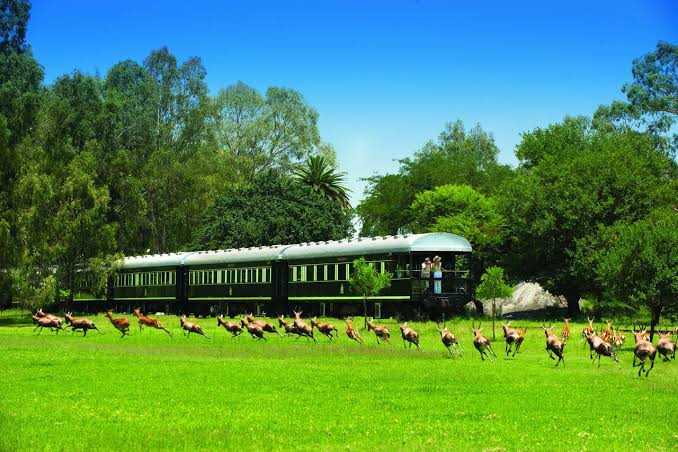 Let's just say that this is the most worthwhile train journey to take. Departing from Pretoria, the journey drives you across the most picturesque zones of South Africa along with sights of the wildlife if you're lucky! If you're a travel enthusiast, you would know of diamond-rush town, the world's largest hand-dug mines and you'd be curious on the watch out for it during your journey. Northern Cape, Fish River Canyon, Namibia's capital- Windhoek and Swakopmund town would be covered during the journey! The train actually is worth every penny you spend because you'll be covering the major ports of Namibia all in one route! 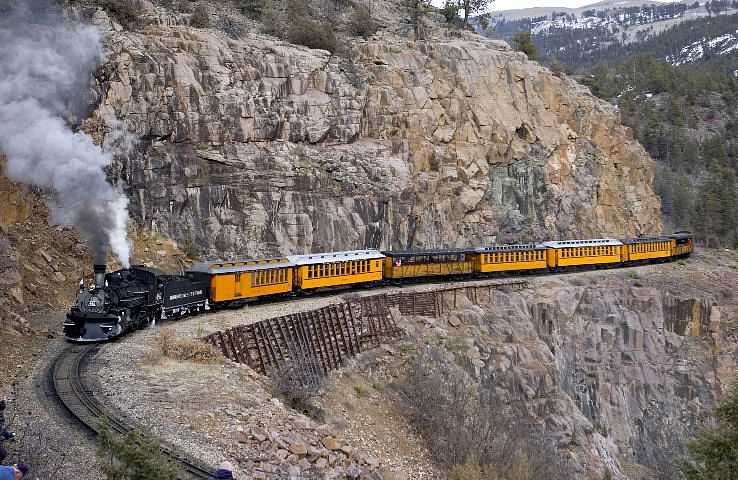 Historical aficionados and wildlife enthusiasts, hop onto this train because you're just going to love the trip! The 45.4-mile railroad route that originally served as a source of silver and gold has now been turned into a touristy spot that treats the spectators from the train with sceneries of the Animas River cutting through the remote wilderness and beautiful canyons of Colorado's San Juan National Forest. Again, a few onlookers are served with a glimpse of local wildlife, including black bears, deer and mountain lions. 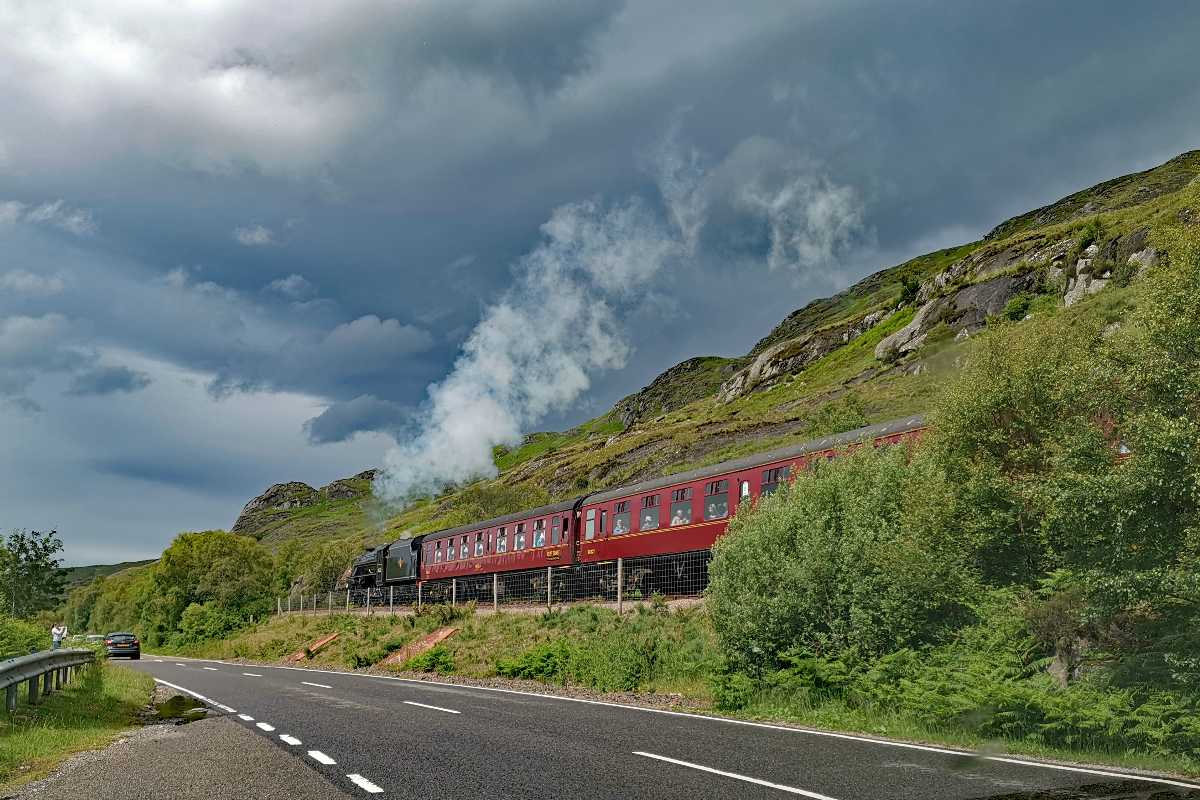 The west highland line, one of the most panoramic or illustrious train journeys, is a prerequisite for all the potter heads in particular as it can be used to reach Glenfinnan Viaduct - the route covered by the Hogwarts express. The awe-inspiring landscape, steep-sided lochs and dappled moors will make your journey mesmerising. The mighty Ben Lui or the "Hollow Mountain" halfway between Crianlarich and Loch Awe on the Oban line cannot be missed. Calling out to all the Potter enthusiasts, doesn't this route lure you into taking this train journey? 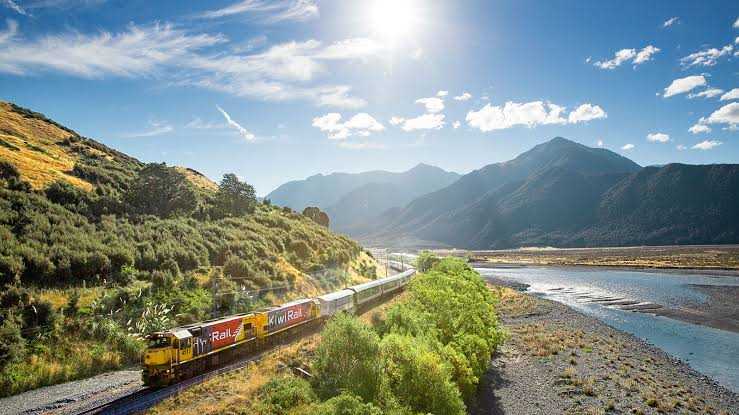 The idyllic route from the east coast to the west coast of New Zealand's South Island is the Tranzalpine train. Covering a distance of 223 kilometres which takes approximately 5 hours will seem inadequate when you travel over the Canterbury Plains and river valleys of the Waimakariri River. The sensuous lake valley alongside the vibrant scenery is what you see once you cross the Otira Tunnel, which is the second-longest tunnel in the world. One is sure to discover the most photographic zones of New Zealand on this particular train ride, and we bet the long hours are worth the views in the end. 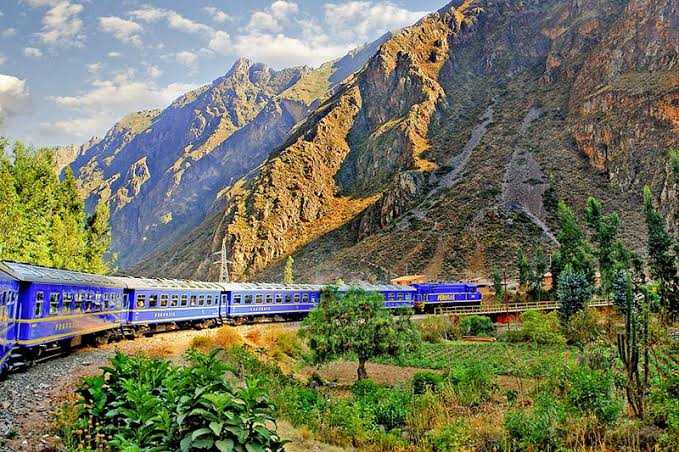 Machu Picchu, one of the UNESCO world heritage sites is a major tourist attraction in Peru, and the best way to make the most of the bounty of this region is to take a train from Cusco. One gets to witness the calm amidst the hastiness of the cities as the small communities near the Urubamba river leave you wanting for more. All one needs to do is unwind and revel in the views of the snowy peaks.
With these splendid journeys that trains have to offer, we can certainly say that the romance of trains is still not over. Trains do take longer, but they are also more sustainable vehicles and picturesque ones as compared to others. You can also reconnect with your friends and family, spend hours enjoying the journey as well as the destination! So what keeps you from exploring a railway ride?

Which train ride for you has been the most picturesque one? Let us know in the comments below!

Places to visit in New Zealand

View all places to visit in New Zealand

Things to Do in New Zealand: A Guide to New Zealand's Best Activities

Culture of New Zealand: A Dive into the Country's Rich Tradition

Fly Fishing in New Zealand: The Everest of Trout Fishing!

Dances of New Zealand To Get You Off Your Seat

Diving in New Zealand - Dive into a Beautifully Different Realm

A Complete Guide to Scuba Diving in New Zealand

The Fabulous Islands near New Zealand

Ten of the Best Sites for Camping in New Zealand

A Quick Guide to Skydiving in New Zealand

A Quick Guide to Hiking in New Zealand

5 Spots For Snorkelling in New Zealand

Most Fascinating Things to Do in New Zealand

New Zealand in December! Experience Christmas in the Summer

Souvenirs in New Zealand - What to Buy for your Loved Ones?

Things to Do in New Zealand: A Guide to New Zealand's Best Activities

Culture of New Zealand: A Dive into the Country's Rich Tradition

Fly Fishing in New Zealand: The Everest of Trout Fishing!