What is the best time to visit West Bengal?

West Bengal is best visited between October and March which is winter season in the state. Summers are scorching, and it is best to avoid any trip during this time. Between October and March, the weather is cold and pleasant, and one can enjoy a good time at the beaches as well as the hill stations. Most attractions in the state are open to the tourists only during these months, and one can get to see the brilliant monuments, heritage buildings and architectural marvels that the state houses.

More about Best Time to Travel to West Bengal

Summers in West Bengal start in March and go on until June. The temperature ranges from 20°C to 40°C making it extraordinarily sweltering and humid. April is the hottest month of the season, and the temperature may rise a degree or two above 40°C. It is, therefore, not recommended to the tourists. Some festivals of the season might draw the offbeat traveller to witness its authentic celebration. Dol Purnima celebrated in March and Noboborsho, which is the New Year in West Bengal, celebrated in April are some of them.

The monsoon season in West Bengal begins in June and goes on till September. The average rainfall varies from region to region within the state and ranges between 120 cm to 250 cm. While the hills receive heavy rainfall, the western plateau receives comparatively less rainfall. Some regions like the districts of Purulia and Bankura in also experience droughts. Tourists can, however, explore the regions that receive moderate rainfall but they need to be aware that the humidity levels could go high. The coastal areas, especially, are hot and humid and might not be a good idea during the season as they also receive heavy rainfall. While there, some may want to experience the festivals in the state. The famous Rath Yatra, held by the followers of ISKCON is celebrated in July. Vishwa Karma Puja is performed in September and is celebrated by craftsmen, artisans, weavers and business owners to the God of Creation, Vishwa Karma.

Winter season in West Bengal begins around mid-October and lasts till February. The average temperature during winters is about 15°C. While January happens to be the coldest month, the regions falling in the eastern Himalayan belt in West Bengal also witness heavy snowfall. The lowest temperature of the state is around 5°C. Visiting the Sundarbans, the world's largest delta and home to the Royal Bengal tiger is one of the favourite activities during the season. The pleasant weather makes it an enjoyable experience.

Best time to vist the Top Destinations in West Bengal

View All Places To Visit In West Bengal

West Bengal Dress - Traditional Dress of West Bengal That Are Every Collector's Pride!

National Parks in West Bengal For The Wildlife Enthusiasts

Best Beaches in West Bengal That Every Traveller Should Visit

Beautiful Hill Stations In West Bengal For A Summer Getaway

27 Bengali Sweets That You Must Try At Least Once 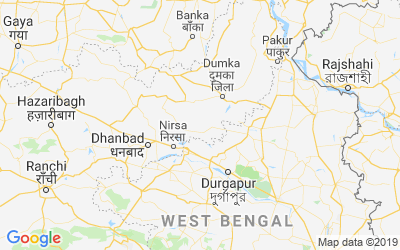