View All Hotels In Andaman
Water Villas are not going to be a dream any longer in India as the Lakshadweep and Andaman and Nicobar islands will soon boast of it! Niti Aayog and the UT administration has issued the documentation of qualification regarding the plans for the same in these magnificent union territories. 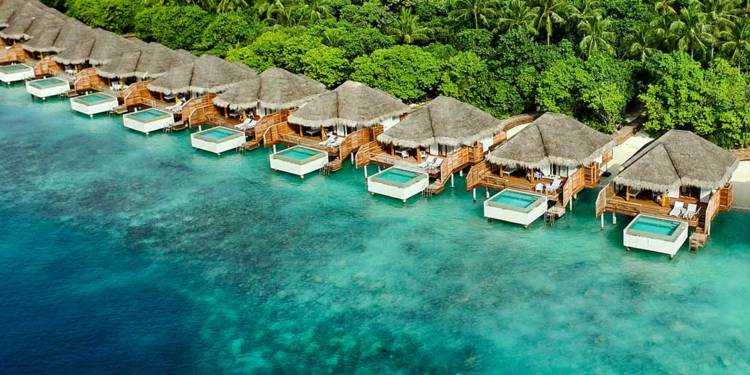 As per official reports, the 150000 crore project will include developments such as airports, sea places, floating jetties, and even helicopter services. This plan will undoubtedly attract tourists making it a charming holiday hub in the country.

Niti Ayog's proposal says that the water and land villas will bear 125 rooms, which will be constructed along the lines of Minicoy, Suheli, and Kadmat Islands of Lakshadweep. For Aves Island, Smith Island, Long Island, and Shaheed Islands in the Andaman and Nicobar Islands, a proposal of 460 rooms has been extended.

Kochi is set to host a pre-application conference on November 20, 2019, with talks on eco-tourism projects for Andaman and Nicobar islands. Further, invitations have been sent for bids for seven projects that are in the pipeline based on the private-public partnership model, all in the interest of future developments.

If the island destinations in the country can have their own water villas, the Union territories will see a significant influx in tourism. Indian travellers will henceforth not need to head to the Maldives and other foreign locations to bask in the luxury of water Villas.

Do you think this is an excellent initiative? Let us know in the comments below!

Places to visit in Andaman

View 82 places to visit in Andaman

26 Resorts in Andaman for a Scenic Beach Vacation

Things to Do in Andaman

Fascinating Islands of Andaman - Perfect Choice for a Tranquil Vacay

Andaman Budget Trip: The Ultimate Itinerary for the Perfect Trip

A Surprise Trip To The Andamans | #MI'15-Wanderlust

Honeymoon in Andaman - Things to Do, Places to Visit & More

Best Places for Diving in Andaman for an Adventure Packed Vacation

Airports in Andaman so You Travel Conveniently

Parasailing in Andaman for an Adventurous Vacay

Best Parties to Revel In For the New Year Celebrations!

Places To Visit This Independence Day To Experience Patriotism

Resorts in Andaman for a Scenic Beach Vacation

Things to Do in Andaman

Fascinating Islands of Andaman - Perfect Choice for a Tranquil Vacay