The state of emperors, their palaces and forts, camels and the rich culture has something to offer to those who are more daring in spirit. If for your next adventure, Rajasthan is on your list then make sure you go to one of these haunted places to have a trip that you know you won’t forget!

Here is a list of 9 Haunted Places in Rajasthan:

One of the most famous, haunted spots in India is the Bhangarh Fort. Between Jaipur and Alwar lies the ruined town of Bhangarh. The fort was made in 1613 by King Madho Singh. Legend has it that a supernatural presence can be felt in the palace. With several myths floating around, many have attested that fact by sharing their own stories of supernatural experiences at Bhangarh.

Entry into the fort premises is forbidden before sunrise and after sunset though a few brave hearts have tried to enter at night. Strange sounds, music and lights emanate from the fort sometimes, according to the locals. Ghost town takes a very literal meaning in this village of Rajasthan where a village has been abandoned for almost 200 years now. Protected by the Archeological Survey of India, this village became desolate almost overnight when all the residents fled and apparently a curse was put on the settlement so that no one could ever settle here prosperously ever again.

While the legend that accompanies the village may or may not be true, those who have visited this place have felt supernatural sensations here. Others also claim that no one can survive a night here and come back to tell the tale. So the choice is yours – do you dare to venture a place which hasn’t seen civilisation in over 200 years? 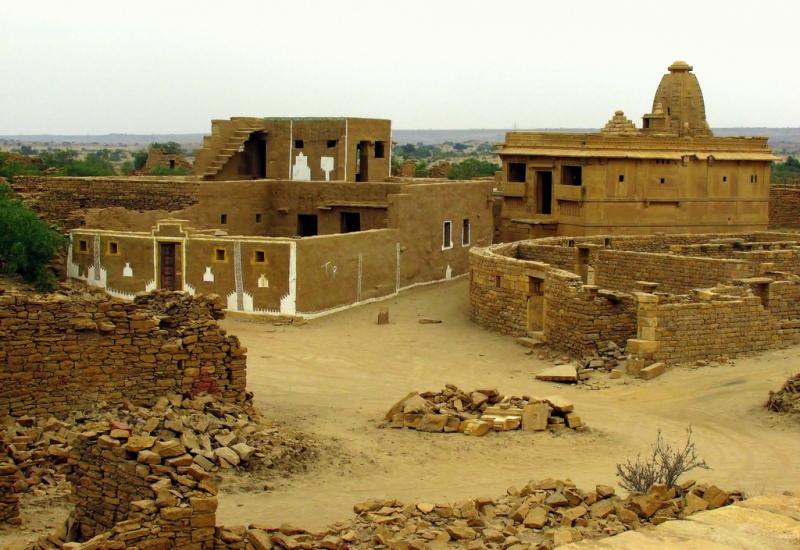 Rajasthan has been the land of kings and the Brij Raj Bhavan was no exception. Belonging to the princely family of Kota, it later became the residence of British Major Charles Burton. Just days after their arrival, the sepoy mutiny of 1857 was in full-swing and the palace was surrounded by the troops one evening.

After hours of fighting, Major and his sons surrendered. Now, as the palace is a heritage hotel, voices of a British man can be heard by the guards and guests feel a strange, oppressive feeling in the hotel sometimes. It’s said that the Major’s ghost haunts the palace, in search for retribution. 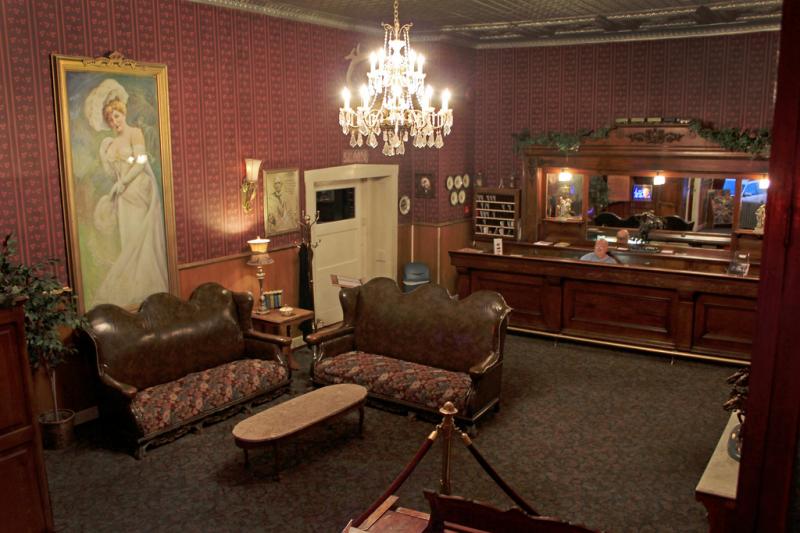 One would scarcely think that a populated, residential area would be haunted but that is the very tale about Jagatpura that is floating around. Located in Rajasthan, it is believed that witches come and haunt the roads at night. Sounds of cackling and even sightings of a woman in a white saree have been reported by the locals. For this very reason, they avoid stepping out late at night. 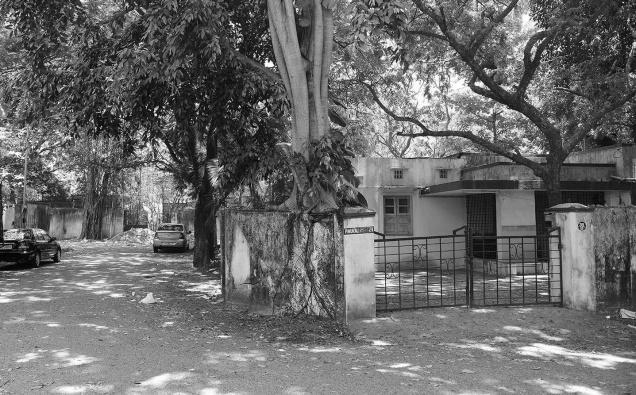 The Jal Mahal palace gets its name from the fact that it is partially submerged in the Man Sagar Lake. The 300-year old mansion is said to be a holiday retreat for the kings of that era, Till this day no one could particularly understand the real reason of the palace being built in a water body. The astonishing part is that four storeys of the place are constructed below the lake while the top floor which is the fifth one is an epitome of beauty. The diligently carved balconies and terrace are an architectural marvel. Locals say that the building was abandoned when the stinking water started seeping through the sandstone walls. The Jal Mahal Palace has its fair share of eerie episodes as a result of which no one likes to go near the palace after the sunset. People often hear screams from inside the palace.

A Ghost Fair is celebrated every year at Sudhabay, Pushkar where people possessed by evil spirits come to get themselves rid of the energy. People are also possessed by spirits here. Residents take a bath in the well to protect themselves from the negative energies floating around. Not a haunted place, but definitely worth a visit if you’ve always wanted to witness exorcisms. But be warned, the next spirit to possess a person could be you! The road from Delhi to Jaipur is said to be haunted at night by the ghost of a woman who died in a car at that stretch. Dressed in a red saree, with bangles and anklets tinkling, many have reported sighting her late in the night. 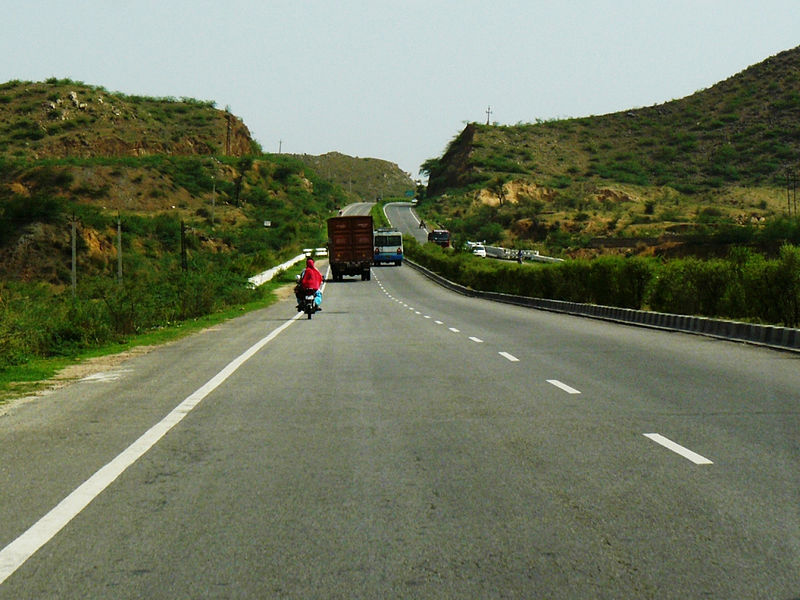 Located on the edge of Aravalli Hills, Nahargarh Fort offers a lovely view of the city of Jaipur. The Fort was originally called Sudarshangarh. However, as the excavation started for the construction of the Fort, the spirit of Nahar Singh Bhomia was disturbed and hurt. As a result, it started haunting the site. Although the king who was building this palace for his wives, changed the name to ‘Nahargarh‘, the spirit never got any rest till this day. Some tales also suggest that a modern-day engineer who was responsible for a renovation assignment of the Fort was found dead under mysterious circumstances. People believe that the spirit was not pleased with the upcoming renovation work, hence, he eliminated the person responsible for it. While The Nahargarh Fort offers a mesmerizing panoramic view of the Pink city, the ghostly story surely motivates us to visit the majestic palace.

Now this place is another spooky chapter, consdered as one of the scariest places in the state of Rajasthan. Famous for its deadly secret chambers and dark passages. the chilling screams of females. Back in those days, it is said that when the sultan of Delhi, Alauddin Khilji ambushed  the palace of Chhitorgarh, Maharani Padmini performed the Jauhar (self-immolation) along with 700 female followers. Known as Jauhar, the act of self-immolation, the women would do anything to protect their honour in times of distress. Since then, people have seen unexplainable incidents in the vicinity of the palace and have even heard the cries of women urging them to save their empire from getting destroyed. A few years back, a group of friends who stayed at the palace for a night to observe any paranormal activites happened to hear a woman cry for help as they were walking in the palace. As one of the friends turned behind, he saw a lady dressed as a queen would do in that era with half of her face burnt, only to disappear in a few seconds. Scared much?