What is the best time to visit Himachal Pradesh?

February to June (Spring and Summer) is the best time to visit Himachal. The state also undergoes a beautiful transformation during the winters, i.e., between October and February when it's the snowfall season. This is also the best time for skiing and ice skating. Places like Rohtang Pass, Kufri and Shimla are quite popular tourist destinations. Summers are an ideal time for trekking, paragliding, camping and water sports. Most treks during this time take place in Shimla, Manali and Dharamshala. During monsoons from July to September, it is suggested to avoid certain areas in Himachal that are prone to landslides.

More about Best Time to Travel to Himachal Pradesh

Summer lasts from April to June in Himachal Pradesh, and the temperature ranges between 5°C and 24°C keeping the air comforting during the peak daytime while it can sometimes drop down to about 3.2°C in the night time. However, the climate is cooler than the mainland because of the high altitude, plenty of forests and fresh mountain breeze. This season is perfect for sightseeing, shopping and visiting the picturesque villages of Himachal that are easily accessible during the summers. Most treks also take place during this time and start from the main cities like Shimla, Manali and Dharamshala. Alpine zones of the north remain cool even during the peak of the summer, and some high mountains even receive snowfall during May.

The hilly terrain of Himachal Pradesh receives pleasant temperatures during these seasons. It is springtime in the state from February to April and summer from March to June. The best places to visit in Himachal during this season are Bir Billing, Dalhousie, Spiti Valley, Kasol, Khajjiar, Kullu Manali, Shimla, Kasauli, Palampur, Kinnaur etc.


Since the climate is in favour, the tourist attractions turn into an activity hub for the tourists. One can participate in adventure sports or nature expeditions and explore the hill stations, the places of worship or go shopping in the local markets. It is the best time to go paragliding, go-carting, zorbing, hot air ballooning too. Honeymooners would find this region absolutely perfect for their time together. The beautiful meadows, wildflowers along the paths, rivers and ponds at their tranquil best and the beautiful fruit orchards are sure to mesmerise the travellers. There are regional festivals too that one can witness like Maha Shivratri, Doongri Festival, Mandi Shivratri Festival, the seven-day Nalwari Festival, Baisakhi, the Spring Festival etc.

Monsoon begins in July and continues through September with a wide variation in average rainfall. It is highly recommended that tourists visit Himachal Pradesh at the beginning of the rainy season, preferably in June, because the place receives a heavy downpour throughout July to mid-September.


The rains affect most of the city life. Some of the tourist attractions are also susceptible to landslides, erosion and floods, limiting the areas tourists can explore. The region receives an average annual rainfall of about 3400 mm and the temperature ranges between 14°C and 21°C. Dharamsala gets the most torrential downpour each year, while some northern regions at higher altitudes like Lahaul and Spiti are classified as cold deserts and hardly receive any rainfall.


The region, however, is covered with dense vegetation and tourists can explore the hill stations if they plan the visit during low or moderate rainy days. These hill stations are located amidst Deodar, Pine and Oak trees, Apple Orchards and have enchanting waterfalls and mesmeric lakes in the neighbourhood; a paradise that cannot be avoided. Dharamsala, Narkanda, Kullu, Manali, Solang, Shoghi and Mashobra are some of the regions that tourists can visit during the season. The natural terrain is also quite famous for monsoon trekking, bird watching and nature exploration. Although most adventure sports are not operational during the monsoon, one can witness or participate in the annual celebrations like the Minjar festival that is held for seven days, Phulaich, Rakhi and the La Darcha Fair in Himachal every monsoon in August.

Winter in Himachal Pradesh is severe especially in the northern parts located high in the mountains. Almost all of the state receives snowfall though it is not very heavy in the main cities. The temperature gets freezing with snowfall in several regions between October and February in Himachal Pradesh. It varies from 0°C to 13°C depending on the altitude.

The onset of winter is in November, and it continues until March. The temperatures may drop to well below zero at high altitudes and are near zero in the lower regions. The best places to visit during the season are Dalhousie, Narkanda, Kasauli, Kullu Manali and Shimla. It is the best time to check out the monasteries and temples and to be a part of the annual festivals like Lohri, Halda Festival, Himachal Winter Carnival, Sazo, Dussehra, Ice Skating Carnival and the International Himalayan Festival. This is precisely when tourists get to see the authentic Himachal they want to see.


Activities like skiing and other winter sports are operational only during the winter, and that is a truly unique experience. Trekkers find the Himachali terrain challenging and attractive during winters. Most groups arrange trekking expeditions along the Rohtang Pass, Solang valley, Kunzum Pass, Hampta Pass, Bhrigu Lake etc. The routes pass through Deodar Trees, Pine, Oak trees, Ponds and Lakes that make the activity extremely interesting. This is best done between October and November; however, between December and February, on bright days, the climate is also suitable for Paragliding, Skiing, and Sledge Rides amidst beautiful snow-clad locations. There are also some natural hot water springs in the region where one can halt in between their trips.

Best time to vist the Top Destinations in Himachal Pradesh 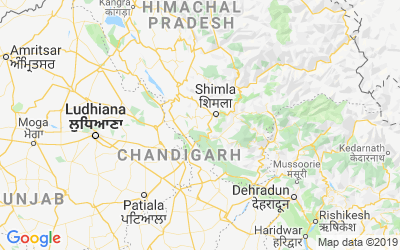