The Mehrauli Archaeological Park serves as a glimpse into a bygone era, and its proximity to chief localities in south Delhi make it an easy on-the-go stop with distinctive architecture to captivate your eyes at every step of your way. Not more than a kilometre away from the UNESCO World Heritage Site of the Qutb complex lies this magical gem of history tucked away and spread over a 200-acre area, which includes the ruins of the Lal Kot built by the Tomar Rajputs in 11th century A.D.

Mehrauli is one of the seven ancient cities that comprise of the present state of Delhi, and the archaeological park here is a testament to the richness of our past. The ruins present here are almost half a century older than Old Delhi (Shahjahanabad)! The 100 plus scattered monuments here date back to the 10th century A.D. and as recent as the British era. Being the only place in Delhi that has witnessed over 1,000 years of continuous habitancy, it has seen the likes of some of the most influential dynasties and empires to rule the subcontinent and the enduring presence they have imprinted.

With about a thousand years of rich history at its helm, the architecture of the buildings here still standing to this date is nothing short of remarkable. From the majestic stone works of the Lal Kot under the rule of the Chauhan Rajputs to one of the finest examples of Indo-Islamic architecture in Balban's Tomb, to the Jamali Kamali Mosque and Tomb which is believed to be the first pioneering work of Mughal architecture in India, there are a lot of glimpses one can gain in the work of craftsmen, builders, architects, masons and engineers of a past era. 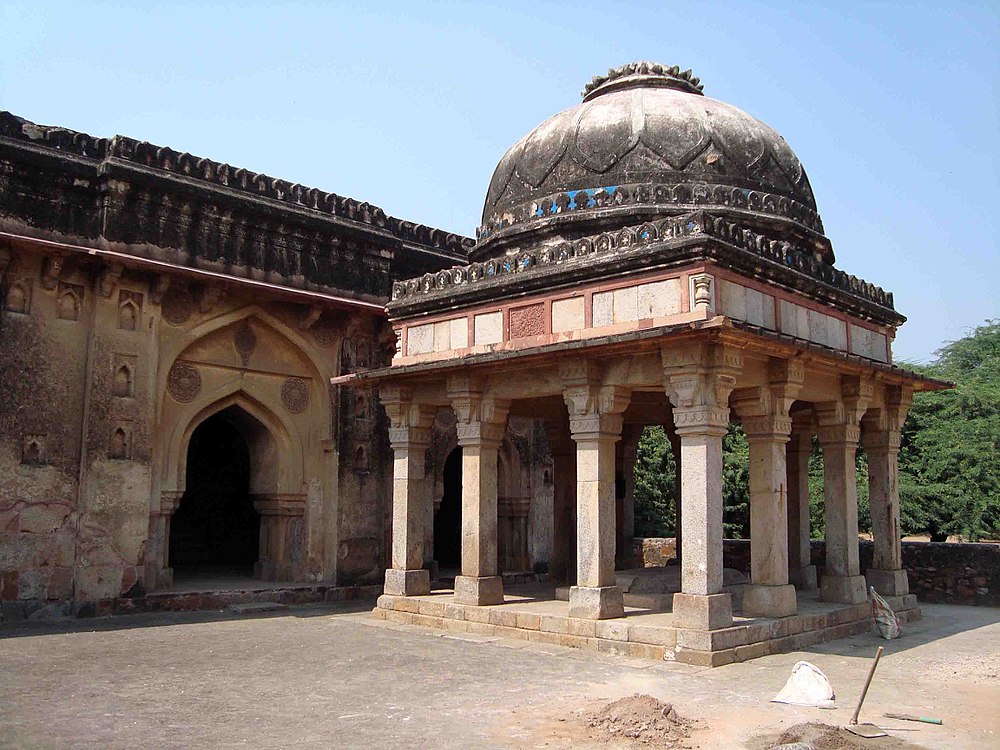 The redevelopment of the area as an archaeological park and conservation of important structures started in 1997, in collaboration between Delhi Tourism and Transportation Development Corporation (DTTDC), the State Department of Archaeology, the Delhi Development Authority (DDA) and the Indian National Trust for Art and Cultural Heritage (INTACH), which first started systematic documentation of structures in the area and also started conducting heritage walks since 2000. (Over the years, INTACH has restored some 40 monuments in the Park and added signages, heritage trails, and sandstone trail-markers

Lal Kot and Rai Pithora: The fort city of Lal Kot was built by the Tomar Rajputs in 1050 A.D and served as a sanctuary for the armies. After the Chauhan Rajputs seized control of Delhi from the Tomars, Prithviraj Chauhan, the ruling king refurbished and revamped the existing structure. The Citadel and its fort walls now lie in ruins, visible and scattered around the Qutb complex, Saket, Vasant Kunj areas.

Balban's Tomb:
The ‘arch’ made its first appearance in the Indian subcontinent at Balban's Tomb and hence is a structure of magnanimous historical and architectural importance. It portrays a great deal of improvement in Indo-Islamic architecture.

Rajon Ki Baoli: The famous stepwell of Rajon Ki Baoli is one of the main attractions in the park because of its incredible intricate architecture. The medieval monument boasts its symmetrical arched walls, a rectangular-shaped well, and stonework masonry with great detail.

Quli Khan's Tomb: Built in the 17th century, the tomb of Shah Quli Khan is a magnificent octagonal structure with a giant white dome as its topping. It was raised entirely by using red and grey sandstone materials

Jamali Kamali Masjid and Tomb: This pre-Mughal dynasty structure built during the 1520's comprises of two different ancient monuments. They stand here adjacent to one another, one side a mosque dedicated to a famous Sufi saint by the name of Shaikh Jamali Kamboh and on the other side, a tomb for Kamali, an unknown person closely associated to the saint. It is a 16th-century tomb. It lies on the walls of Lal Kot and has a verandah on each side. The grave of Adham Khan lies right below the central dome.

The park complex stays open throughout the day. Sunrise (6:00 AM) to sunset (6:00 PM) would be an appropriate time to visit. 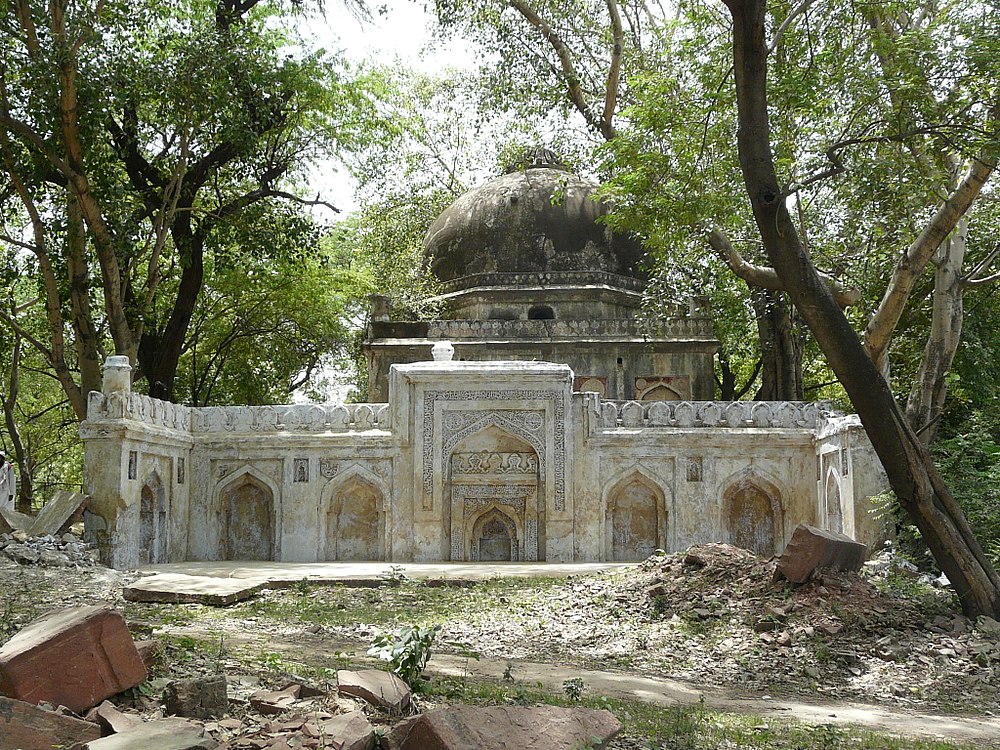 With the Qutub complex nearby and more than 100 monuments studded across the park, an early visit would be recommended as you would get to cover a lot more than expected! 1. In order to protect yourself from Delhi's sweltering heat during summers, it is advisable to carry a sunglasses and enough water to quench your thirst.
2. During winters, wear necessary outfits to keep yourself warm.
3. You can also hear Sufi Muslims singing qawwali music at the Bakhtiyar Kaki's dargah, a few metres away from the Rajon Ki baoli. The singers begin performing around 6:00 PM daily which is in the vicinity of Mehrauli Archaeological Park.

'Qutub Minar' metro station on Yellow Line is located around 500 metres from the main gate.

How To Reach Mehrauli Archaeological Park

One of the easiest ways to reach the park is via the metro at the Qutub metro station or the Saket metro station. Transportation such as a car, taxi or auto-rickshaw is always the most convenient but do not be disheartened, buses heading towards Andheria More or Lado Sarai will drop you off at Ahimsa Sthal (large statue of Mahavir on the rocks). A short walk from here for about 200 meters will take you to the complex.

Have a Question on Mehrauli Archaeological Park?

Other Top Ranking Places In Delhi

Most Famous Historical Places In Delhi

Resplendent Parks in Delhi for a Perfect Day-out