Feeling low this summer? Tired of reading (not so) cliche ‘Getting Leh’d – feeling blessed’ status updates by your friends? Want to go to Leh-Ladakh but don’t have the money to? Looking for a cheaper alternative? Getting tired of reading so many questions upfront? If your answer to the all the above questions were – Yes, don’t be proud.

But don’t be sad either, because we’ve got a new place for you to try in the Himachals- Lahaul Spiti.

The following are the 8 reasons why you should definitely try out Spiti-Lahaul, in case you are not able to go to Leh-Ladakh just yet.

When you plan about going to Leh-Ladakh, there’s always a bike ride involved- Fair enough; but did you know that you could also visit Spiti-Lahaul in your bike as well? Known to be one of the most difficult Indian roads to maneuver your vehicle in, riding on the treacherous routes leading up to Spiti from Manali is a challenge in its own. 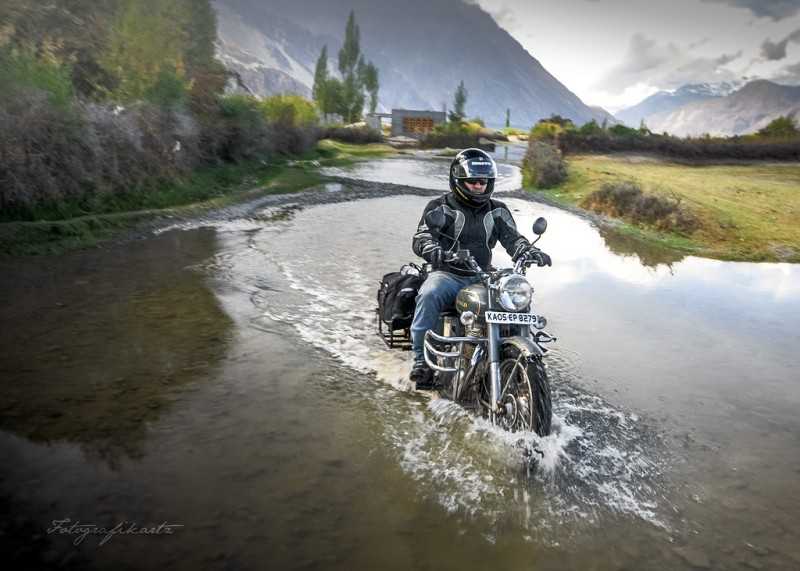 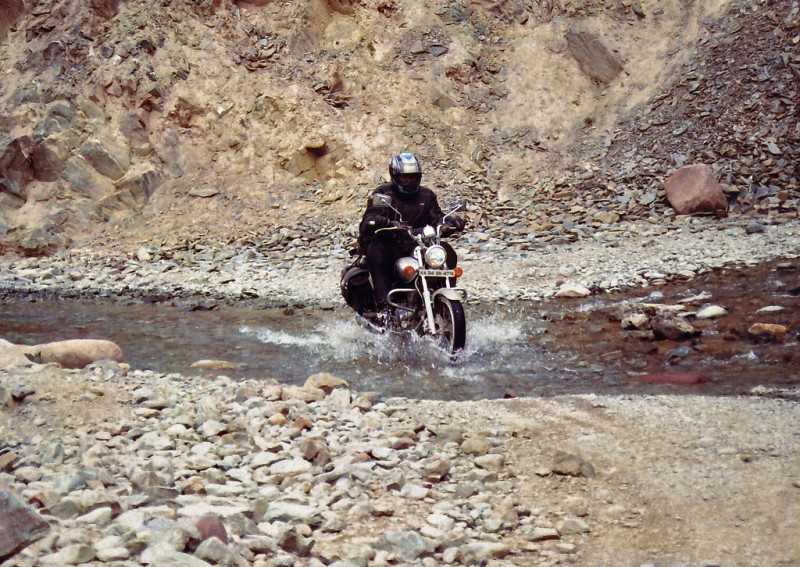 It’s however important to note that the roads leading up to Leh Ladakh (from Manali – Khardungla Pass) are far better and well connected, specially in the event when one needs help. Travelling from Manali to Spiti Lahaul takes out a lot from the riders. The number of bikers are thus, far lesser in that route. If your bike breaks down during the trip, it’s quite difficult to find mechanics who can fix it. Even the buses that take you to Spiti run once-twice a day. So, use your bike only if you’re pretty confident about the conditions. The routes are closed in winters, by the way. And you need to decide on when you visit the place, too. Weather conditions change the riding experience a lot. Imagine doing this on a bike

There are similar Monasteries in both the places. The Ki Monastery is the biggest Tibetian Buddhist Monastery located in the Spiti Valley. Tangyud Monastery is another monastery which overlooks the town of Kaza, near Kibber Wildlife Sanctuary. One can find very reasonable staying options in the guest houses that are athwart some of the monasteries. 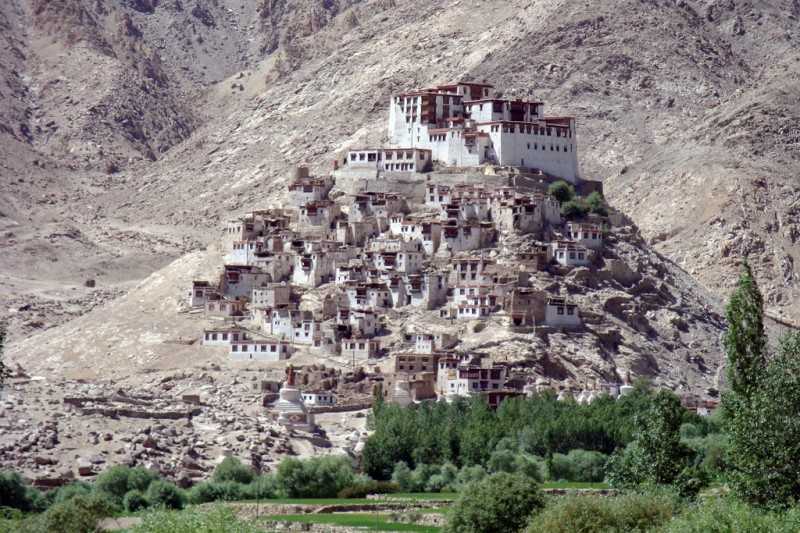 Another interesting and spooky fact is that there resides a 500 year old Mummy preserved in the Giu Village of Spiti Valley. ‘Lama Mummy’, as it is known to be, is the mummy of the Tibetian Monk – Sangha Tezin, and is believed to have been protecting the village from all evils. The mummy attracts a lot of tourists to the otherwise, inhospitable village of Giu. 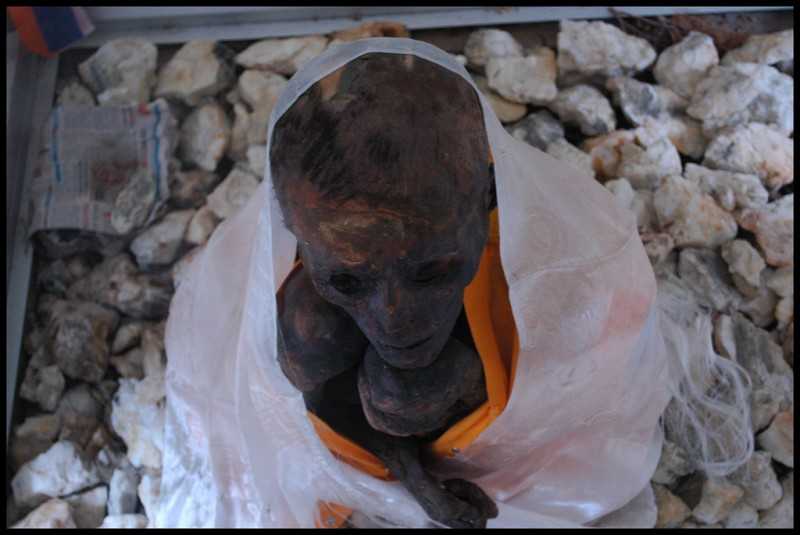 What Pangong Tso lake is to Leh, Chandra Taal Lake is to Spiti! Apart from being a must stop destination for every traveller, what makes this lake unique is that there is no visible inlet to the lake (which means, it has an underground source). It has a distinct outlet though. Situated at more than 14,000 feet above MSL, Chandra Taal (Lake of the Moon) is one of many must visit destinations for Spiti Lahaul enthusiasts. 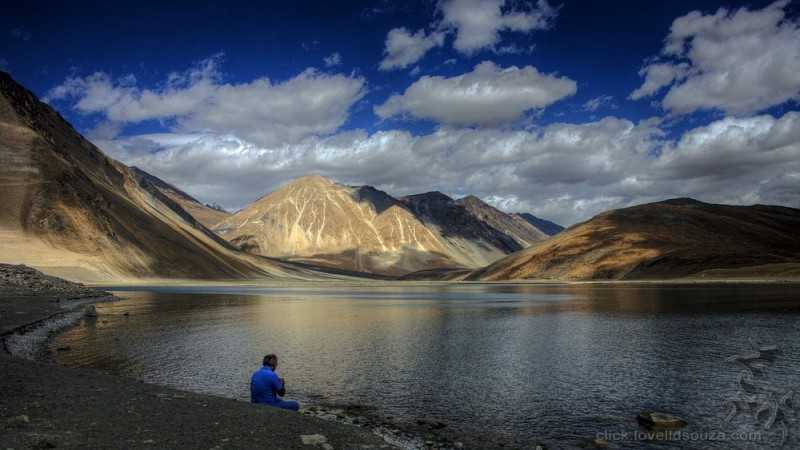 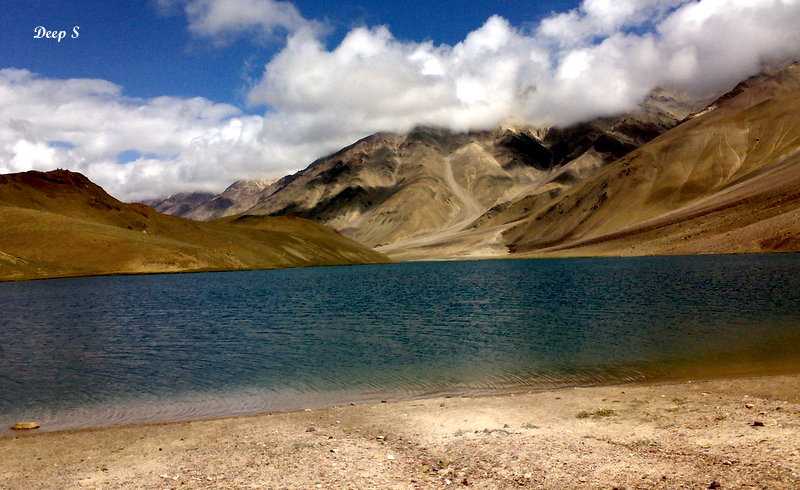 Other lakes in Spiti include the Suraj Tal (Lake of the Sun) and  Dhankar Lake.

If you think that land is the only attractive part about the places, you are mistaken – the sky is as amazing, specially at nights. Photography enthusiasts have an opportunity capture equally brilliant star-trails at both places. 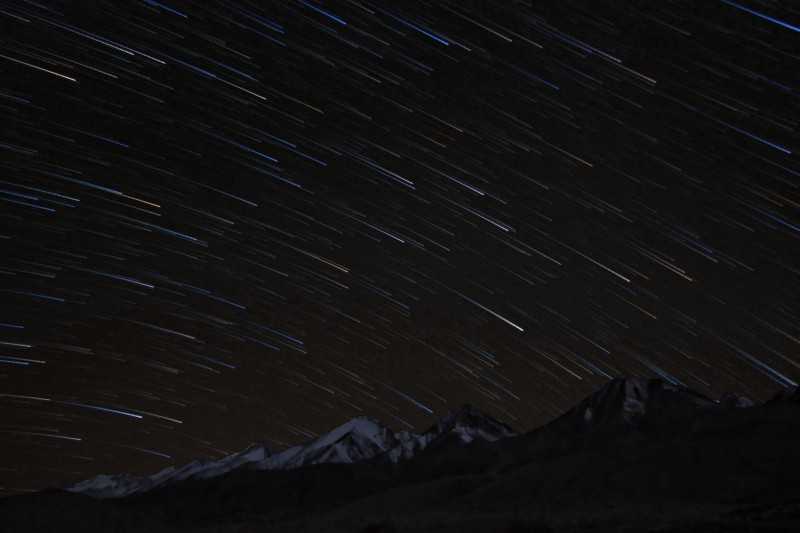 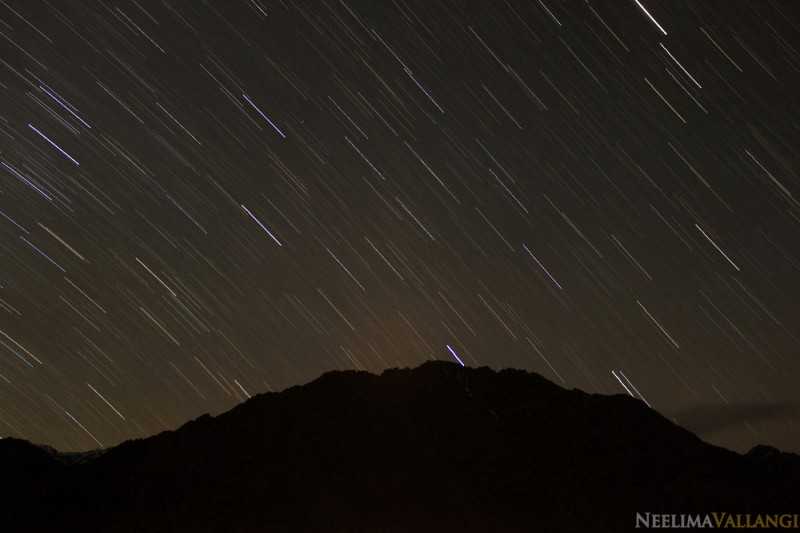 There is hardly any pollution in Spiti-Lahaul and given the conditions, Dhankar lake makes for a perfect destination for Astro-Photography at night time.

The villages in these places look like a mere extension of one another although, of course, they host different people. Home Staying is another source of income for the villagers in Spiti. They welcome tourists to stay in their own homes and feed them whatever they cook for themselves. For Rs. 300 per head-per night, the level of their affability is as unique as their sense of environmental awareness. 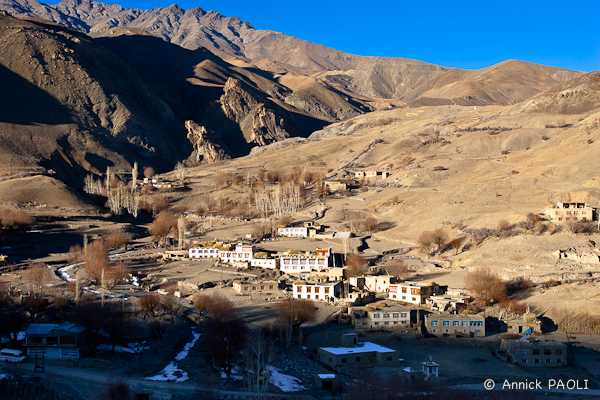 The toilets in the Spiti based villages are in particular, very notable. They’re situated on raised platforms and the human waste is worked upon to make manure, which is in turn, used to grow crops. 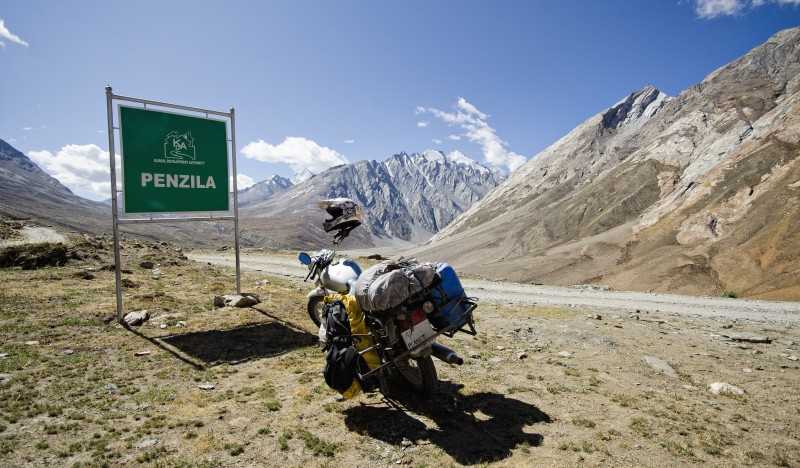 Passes in Spiti Valley that are famous among tourists are the Kunzum La (Gateway to Spiti) and Rohtang Pass which lies to the south of Lahaul and Spiti. The passes are open from May to November and they’re closed down during the extended winter season because of snowstorms. 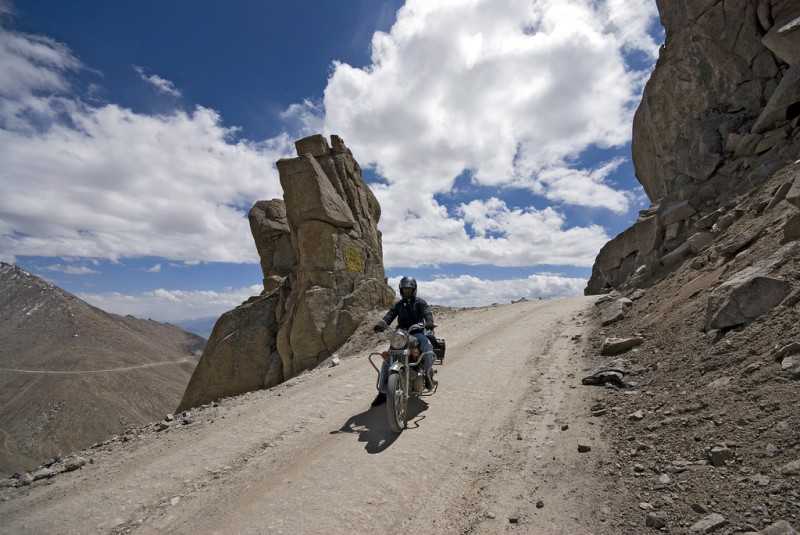 The Rohtang Pass is not a very easy road to drive on, but bikers and adventure enthusiasts love to take up the unconventional challenge – usually living up to it.

Speaking of unconventional, you can get all sorts of unconventional food at Spiti Lahaul, ranging from yummy Yak meat to gustable Goat sausages! Sku, Thukpa, Pava and Khambir are local assortments, not to mention a variety of momos to go with them. As far as drinks are concerned, The Tibetian Butter Tea, which the locals drink with delight, isn’t taken with similar gusto amongst tourists. Local alcoholic drinks and flavored teas, however, are an instant hit. 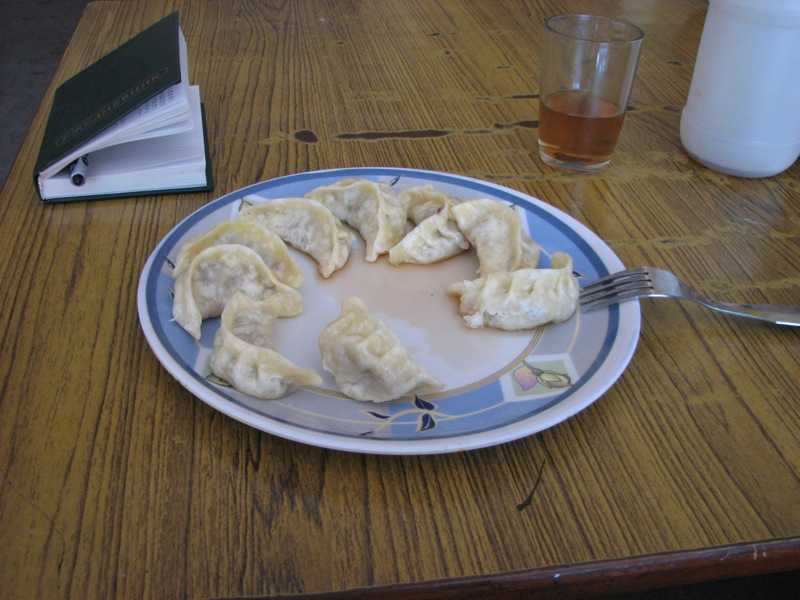 -The Love for Hills and Valleys and Adventure-

Apart from sharing similar terrains, both Leh-Ladakh and Spiti-Lahaul are high altitude pseudo arid deserts. Some places look so similar that it’s very difficult to tell them apart. 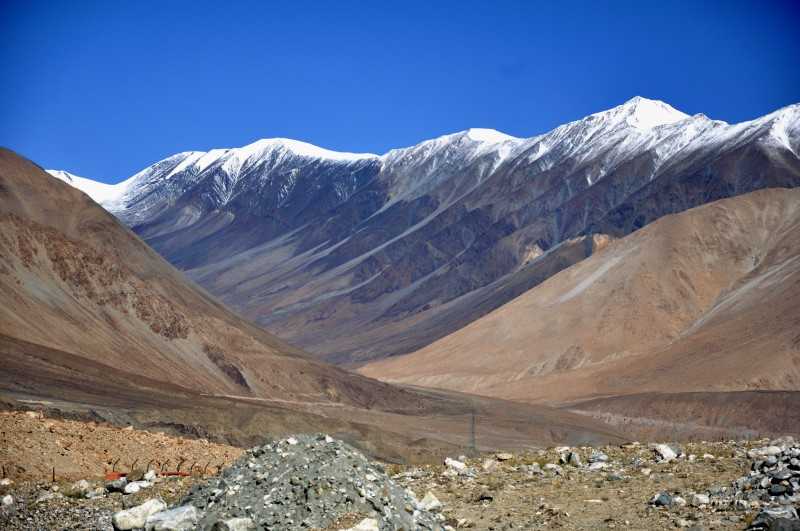 Ladakh – Of Hills and Valleys (Source)

However, Spiti is known to have narrower valleys and not so wide roads. Roads to Ladakh, on the other hand, are much broader and well constructed. The point of this blog post was in no way to prove that Leh-Ladakh is replaceable as a tourist destination. The two are very different places in many ways (for eg. Phones with only BSNL networks work in Spiti whereas only Postpaid services work in Ladakh

). I have tried to jot down similarities between the two different places in a way that encourages travelers to visit  both the places, specially, the more off beat destination of Spiti-Lahaul. Spiti Tourism Leh Ladakh Tourism

Subho is someone who tries to make people laugh by cracking the poorest of jokes. When he isn't working, he tries his hand on the guitar - (not that we have heard him play anything ever :P ). He's also interested in photography and loves to travel.
He completed his engineering last year and has now moved to New Delhi to work with Holidify, the Highest Rated Travel App in India.