Being an agrarian country, it should be no surprise that we have a festival dedicated to cattle and how so! The

Sonepur Mela 2022 - When and Where is it Celebrated?

2022 Sonepur Mela will begin on Sunday, 20 November and ends on Monday, 5 December

The Sonepur Cattle Fair or Sonepur Mela held in Northern Bihar during the month of Kartik or November is one of the largest in Asia. It is also regarded as a very auspicious time for Hindus as it is held on Kartik Poornima or the full moon night.

How is the festival celebrated?

The festival attracts a crowd from all over the continent and can stretch from fifteen days to a month. The site of the festival is at the confluence of the rivers Ganga, Son, Ghagra and Gandak which in itself is a holy spot for Hindus. Being a trade fair, animals of all varieties from elephants and camels to cats and guinea pigs can be bought here. 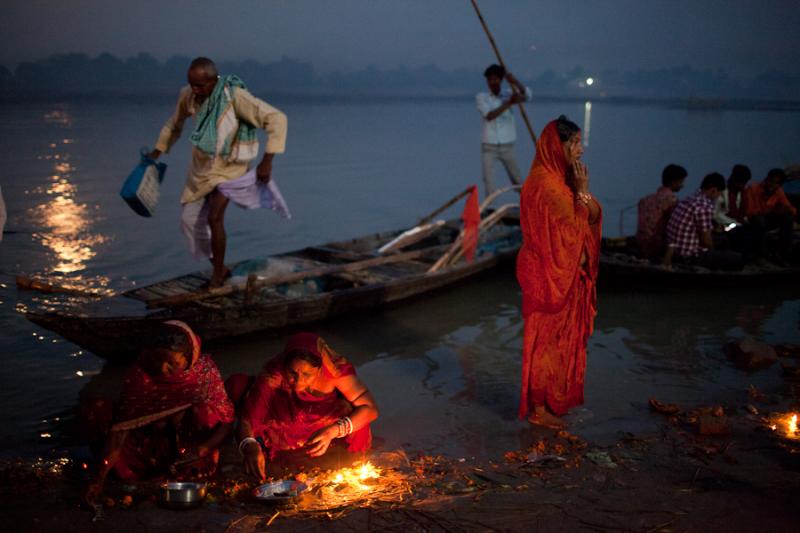 Praying by the River in Sonepur Mela (Source)

Like other Indian festivals, this also has its roots in our ancient history. Emperor Chandragupta Maurya used to buy elephants and horses from across the Ganga for his army. This fair is also the largest marketplace for the sale of elephants in the world. The main buyers are the forest department and those who have logging operations and need hoards of these animals.

Relatively untouched by commercial tourism, it gives a glimpse into the everyday lives of people at a grandiose scale. As any festivity, the first day is the most crowded. You should plan a trip around the second to the fourth day. The fifth would be the quietest and most of the festivities would be over by then.

Since elephant trading is becoming increasingly illegal, most traders get their elephants for pomp and prestige. Horses of fine quality also gallop around for the same reason. The ‘Chiriya Bazaar’ or Bird Market is a space where birds and other small animals can be bought legally. Cow being symbolic of various things in India are also sold as pedigree items as well as other cattle and milch animals.

Staying at the mela can be done at the camps set up for the pilgrims but you will have to be prepared to rough it out in them as they are set up right in the mela grounds. There is also the Bihar Tourism resort which is a viable option. Tourist lodges are set up during the festival with western style washrooms to accommodate the people coming. Small hotels and guest houses are also there. You can also go a short distance to places like Hajipur for staying during this time. 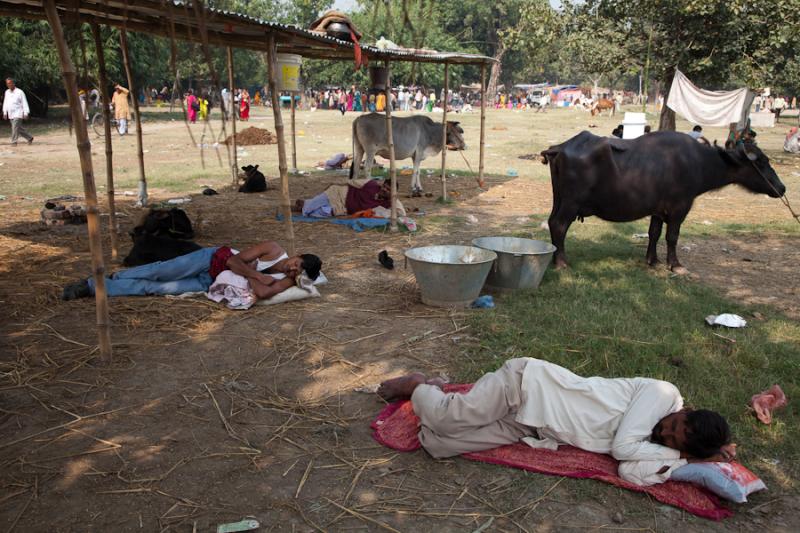 Performers like dancers, singers, acrobats and circus artists also come to this festival to put up entertainment programs at night once the festival is concluded for the day.

Getting here is relatively easy as the village of Sonepur is just about 30 km from the capital city of Patna – which is well connected by flights, rails and roads.

Nearest bus stand from Sonepur is Hajipur, located at a distance of 5 km. Local transports like tongas, autos, taxis and buses ply from Hajipur to Sonepur at regular intervals.

Sonepur junction is the nearest railway station which is well connected with the major cities of India.

However, given how crowded it can get, walking around is your best bet at seeing the entirety of the festival. So keep your running shoes packed and get ready to give your legs an insane workout!