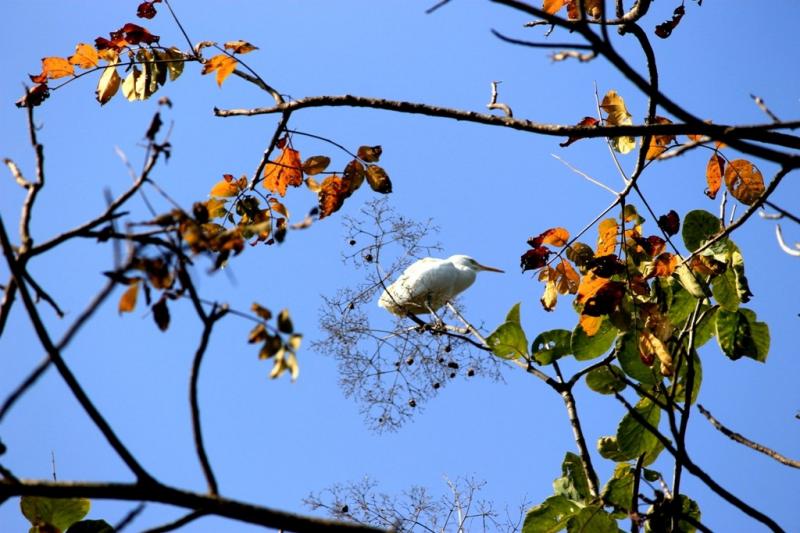 The rustling of the dead leaves falling on the trail

The chirping of the birds

Rare sightings of the leopard

Even rarer sightings of the wolf

Where a wagtail will lead you throughout

Forests can literally talk in Chhattisgarh. This is not an exaggeration. The state has recently been touted as the ‘best emerging domestic tourism destination’ by Lonely Planet India. You have to visit here to feel the enigmatic yet untouched charm of wildlife that the state throws. Try giving the usual and crowded forest circuits of India such as Ranthambore, Bandavgarh and Jim Corbett a break and visit the offbeat, quiet and rivetingly charming Barnawapara sanctuary.

Barnawapara sanctuary lies about 120 km from Raipur, capital city of Chhattisgarh in central India. This wildlife zone is flanked by the historical town of Sirpur which is roughly 40 kms from the entrance gate of the park. A drive of about two and a half hours from Raipur brings you comfortably to this sanctuary. This makes Barnawapara a perfect weekend getaway from Raipur. There aren’t many private staying options here, which indicates that this wildlife hotspot is not yet etched properly among the country’s and international tourists’ map. But there’s one accommodation which will literally lies amidst the frills of the forest. 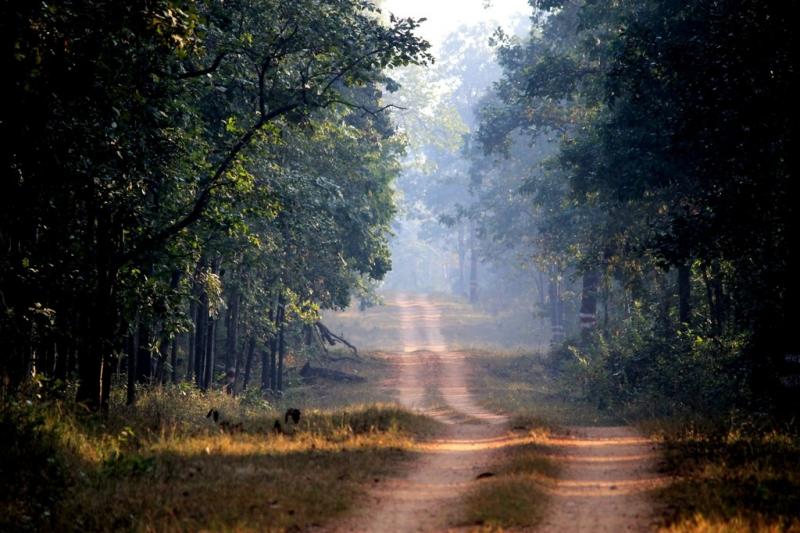 You can check in at advance in the Hareli Eco-resort at Barnawapara through the website of Chhattisgarh Tourism Board. The resort boasts of individual and spacious 12 cottages with a separate restaurant and basic fundamental amenities. The price is reasonably tagged at Rs. 2500 per night on a double sharing basis.

Wake up at dawn to venture into the unknown, to catch the rare sightings of the wolf or the Indian Bison and the Leopard. Quite hesitantly, we got off our bed at 5 in the morning, had a morning cup of tea and got on to the safari jeep provided by the resort. One jeep can accommodate six persons and would cost you approximately Rs. 1800-2000 per jeep. You can choose to pick up a jeep at the resort or travel on your car till the entrance gate and grab a jeep there. The difference isn’t much, so we thought it’s better to take a jeep from the resort. 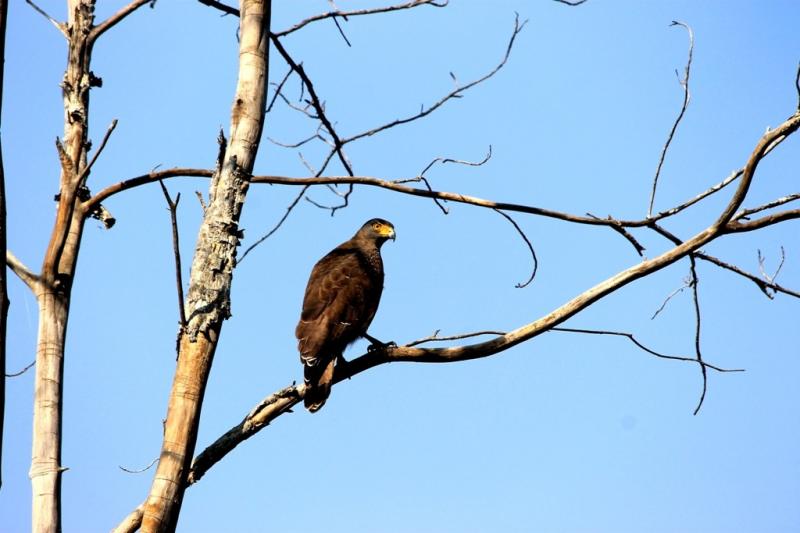 After a drive amidst the verdant teak and sal forests between the forests, we reached the entry check point of the sanctuary, got our papers checked and rushed inside. Meanwhile, our forest guide, a local, Himendra hopped onto the jeep wearing just a think shirt and a pull over. While myself and my co travelers were completely decked up with woolens, I asked him: “Aren’t you feeling cold in this early morning?” “No. It’s become a habit”, he replied. I was also fortunate to have on this safari, Heerak Nandy, a travel journalist and wildlife enthusiast who came from Kolkata on this trip. He was a veritable treasure house of knowledge about names of variety of birds and animals. Blessed with a sharp observation, he together with the forest guide, could locate a rare wagtail or a giant squirrel hanging from the branches of the forest trees; and gently shout “Stop! Stop! There’s the bird!” Both of us then would quickly manage to photograph the wildlife species. 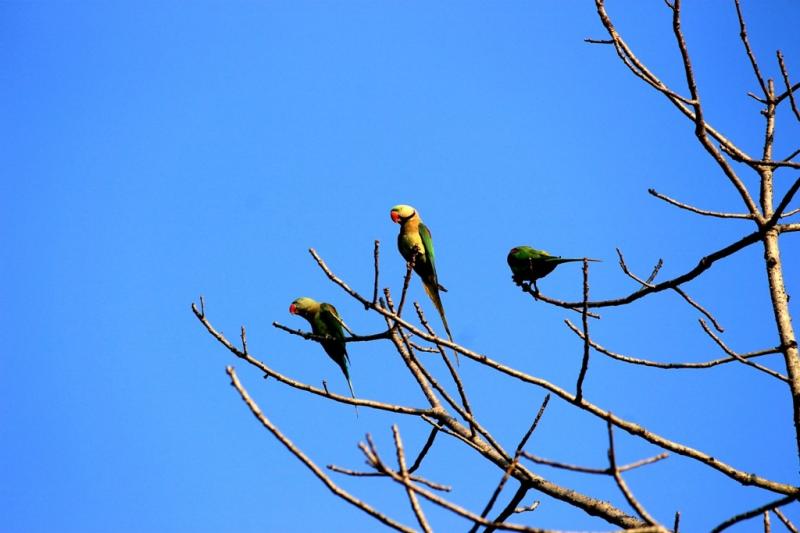 Barnawapara hosts around 150 different species of birds and we couldn’t miss this opportunity to witness the avian paradise. Patiently, we moved ahead and veered towards the Pakshi Vihar (Birds’ Park), a massive shallow marshland with dried trees and a heaven for a bird lover. We parked our jeep at a stretch and slowly walked towards the water body to catch a glimpse and photograph the birds. Black Ibis, greater racket tailed drongo, green bee-eater, egret, eagle, parrot, swallows – all were here. The natural sounds of a thousand birds chirping and playing on the water body is mesmerising. We could hear the loud chirping of a peacock as well.

We could have spent hours at a stretch but it was almost 3 hours in to the safari and our guide reminds us that we have to be back, as we are not allowed inside the forests for more than three hours. Our Hareli eco-resort was nothing less than a forest guest house right in the middle of a jungle. We headed back to the resort, ordered a fresh breakfast consisting of hot piping stuffed paranthas with mixed pickles or curd, poha and tea. Try having it in the restaurant or move to your cottage and perch yourselves on one of the comfortable chairs and gaze for hours onto the forest. We got lucky and spotted a couple of deer who where there at the water body for their morning drink. 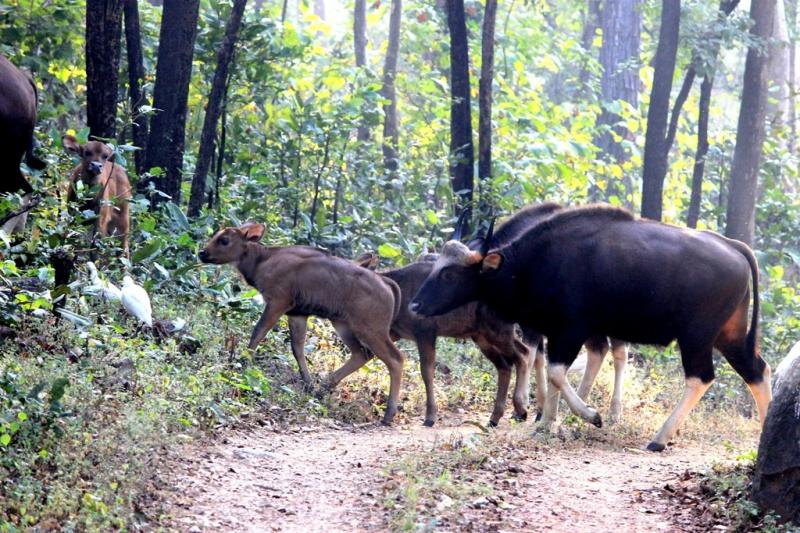 You can spend the rest of the day by driving down to Sirpur town and soak in the historical charms of a bygone era. Sirpur throws some of the country’s most fascinating and historical archaeological ruins which will transport you to a civilisation as old as 2500 years ago. There are marked distinctions between the Buddhist culture here and countries of South, South East Asia such as Thailand, Vietnam, Laos, Myanmar et al.

Sirpur is being developed as one of the most popular Buddhist circuit in the country and the efforts put in by the Government of Chhattisgarh and its Tourism Board in particular is amply visible. The annual Sirpur Fest in the month of January is an international crowd puller and slowly getting popular amongst tourists who are looking for an offbeat Buddhist destination. Visit the Lakshman temple, Buddha Vihar, Ancient Marketplace, Surang Teela, Balasvera Mahadev temple and the Museum at your own pace during the rest of the day.