“Aapko darr nahi lagga Bastar akele aane mein?” (“Weren’t you afraid of traveling to Bastar on your own?”) and then through the corner of my eyes I saw his lips curl into a smile.

We were taking a break for lunch that afternoon. There’d been a light drizzle in the morning so we I was spared a little by the ruthless summer sun of Central India. One of the co-founders of Saathi, the NGO I had come to meet with in Chhattisgarh’s infamous Bastar district, had invited me home for lunch. Our conversation ensued when I was a pillion rider for that short distance between an empty tummy and some yummy home cooked lunch. To his question, my reply was an unflustered ‘No’. 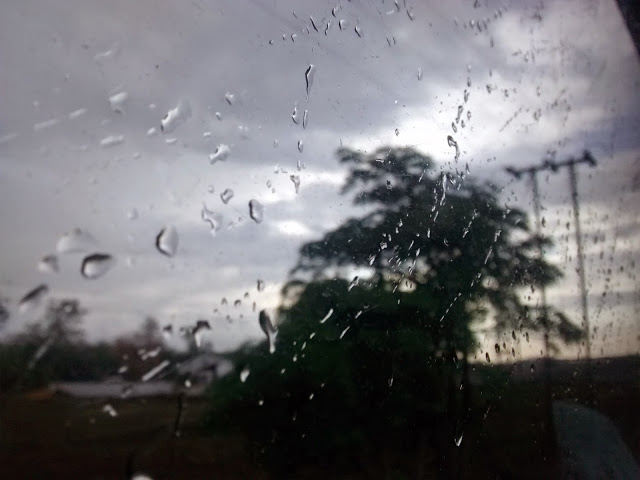 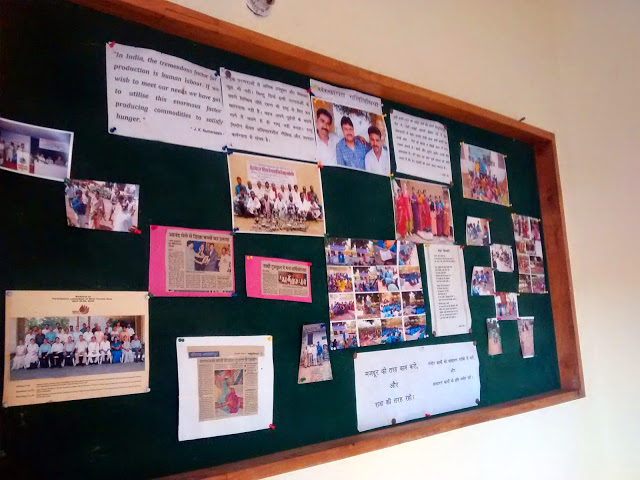 A little bulletin board at Saathi’s office

Why go to Bastar at all?

No, I wasn’t a tad bit afraid of either coming to Chhattisgarh or to Bastar on my own. In fact the ‘idea’ of being afraid hadn’t ever crossed my mind. My six month fellowship at SocialCops through which I’d formerly met with NGOs in Bihar and West Bengal with the aim of taking technology to the grassroots was now taking me further along the eastern parts of the country. And I was seizing every opportunity to go to places that weren’t on most people’s wish-list. In fact, I’d pitched that Chhattisgarh be included it and had had hoped to go to Bastar – because beyond everything else, it was nature who beckoned me.

Kondagaon, one of the major towns in Bastar, is well connected by road from Raipur – the capital of Chhattisgarh. This 5 odd hour bus journey takes you through some of the most beautiful landscapes within the country. It’s comfortable ride at it through the flat plains at the outskirts of Raipur and the little hillocks around the Keskal Ghat. Truth be told, in the light of everything that gets doled out in the name of news, I did have a different mental image of what Kondagaon would look like. Thankfully though, it was anything but that. 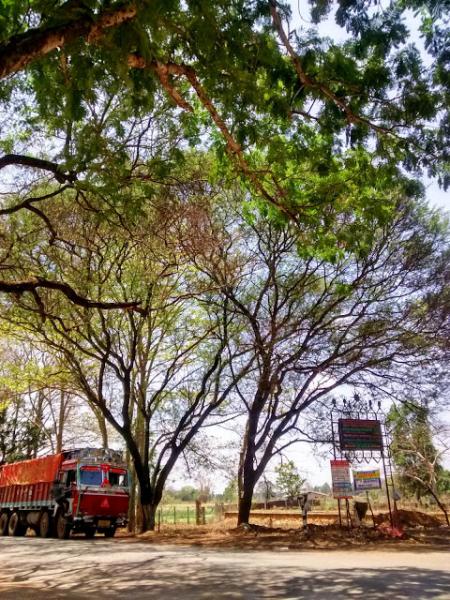 It’s a place for anyone who treasures the simple things in life – open roads lined with trees that expand into forest cover on either side while somewhere in the distance through the trunks of the trees silhouettes of the hills grace you with their presence. The air, well it feels a lot cleaner courtesy the green cover and lower vehicle density in the area. My lungs were grateful for that. 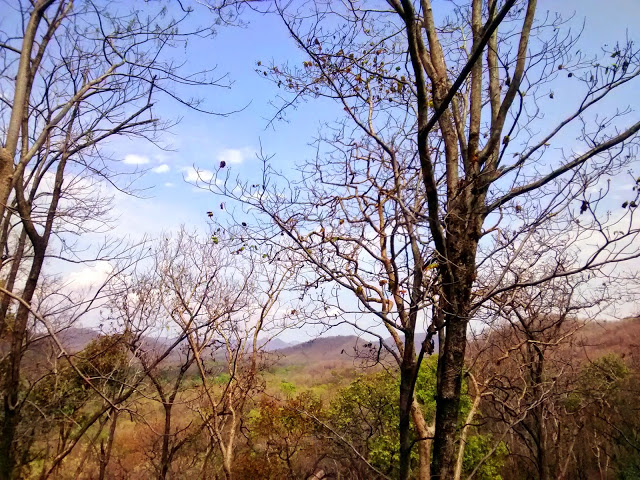 Yonder where the hills beckon me

If as a city bred you’ve had the good fortune of visiting your native home town – the place where either your grandparents or parents grew up – you’d already be familiar with this.

Strange then, I mulled to myself, how a place that gets represented so differently by popular media is no different from my own native home town in appearance, vibe and warmth.

Conversing with the co-founders I learnt that are ceramic engineers by profession who decided to come together to ‘do something’ about the plight of potters. The village I was in is called Kumbhargaon – which translates into village of potters.

“You know, nobody credits a potter for his skills. After all, mud is easily available and all he does is gives it some shape. Unlike the coppersmith or even the farmer, a potter has to make no investment so why then should he expect to earn something in return!  - that’s the widely held belief”. Today Saathi works on the theme of livelihoods with wood carvers, wrought iron workers, terracotta/ceramic workers in the region and has extended into providing healthcare and educational services as well.

Did you know that Saathi already has a scooter ambulance for its interior villages long before Karnataka announced last month that it was the first to do so? 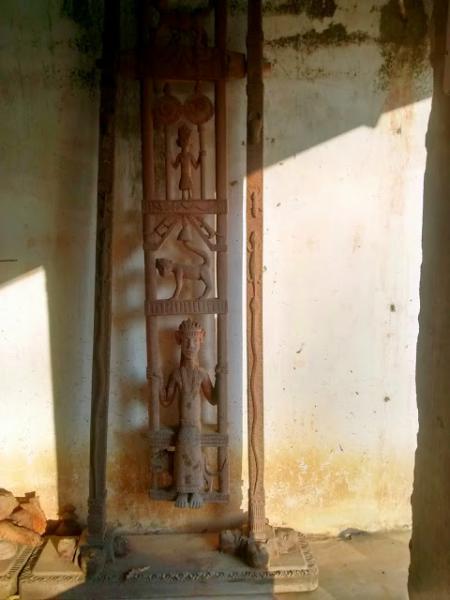 A specimen of wood carving 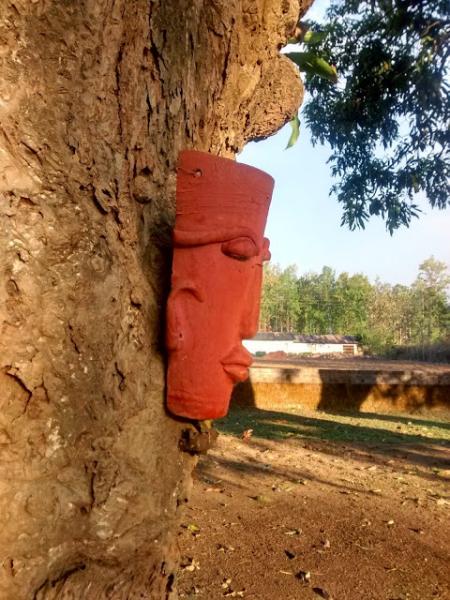 I decided to halt in the village itself that night rather than put up in a hotel which would have been another hour away.

And I spent some time just walking around. And never once did I have to look over my shoulder. At dusk everyone was returning from their fields – they were chatty, with a carefree disposition. The local people had a certain gait and pace about them. It’s something I have found in almost every place that isn’t a metropolis or located close to one. Above all I don’t think anyone gave me more than a second look. This was such a stark contrast to how we, the urban folk, view anyone who is not ‘like’ us!

Yes, there are undercurrents and tensions. The place has pockets that are rife with strife. It would seem like a call for truce has no takers. Because – and to cite an analogy – if the disease ceases to exist what will the doctors, the nurses or even the pathology centres have left to do?

Unfortunately, tourism has taken a hit; a real bad one at it. There are no foreign tourists coming into Chhattisgarh any more. Not as many as there once used to be. This is alarming because the region has accommodated groups of 50 and more between the months of October and February when the weather is much more pleasant. 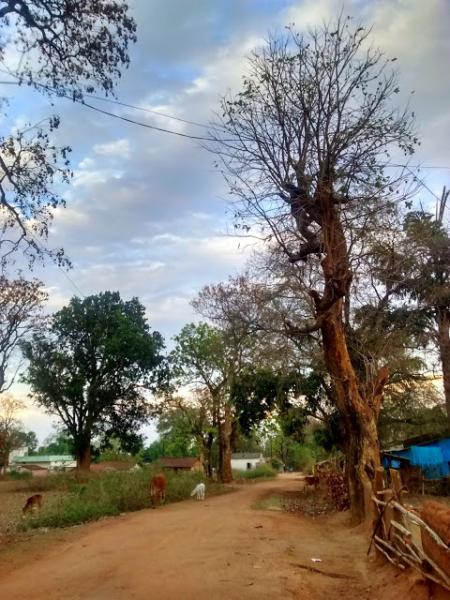 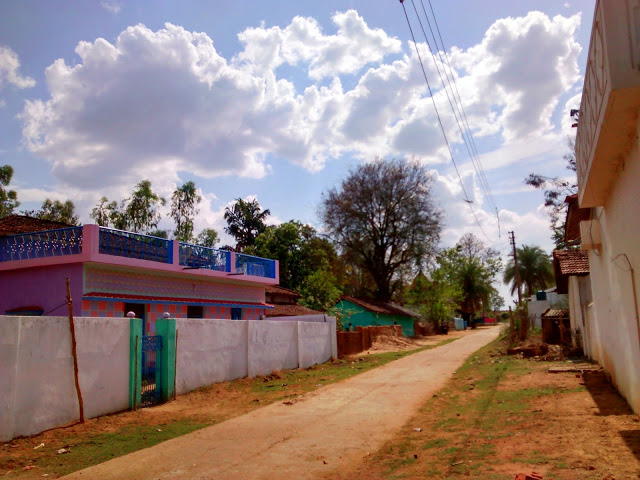 My stopover village in Kondagaon.
Made me wonder: If only more people travelled the road – let alone taking the road less travelled – so much would change

And going back to whether I was afraid (or for that matter if anyone else should be) about coming to Bastar, I was told something that resonated with the traveller in me and it was this: Each one of us has a certain aura around us. Our aura is inextricably intertwined with what we attract towards ourselves. 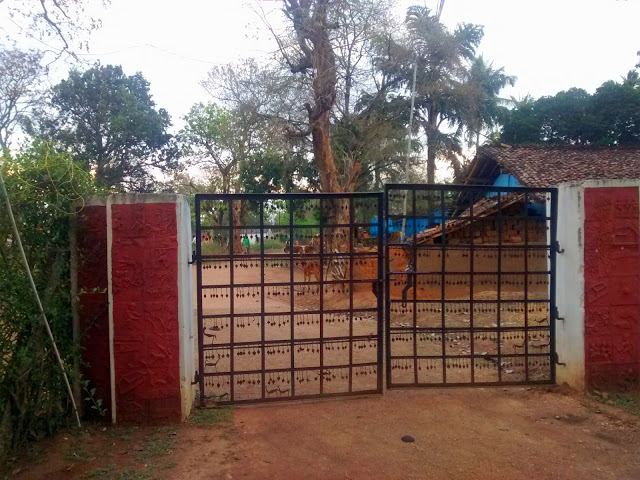 “Trust life a lil’, it aint that bad!” is what I’d heard myself say since the first time I travelled solo.

It holds true even today.

I’ve met an inspiring bunch of people at an NGO I met with in Chhattisgarh. I’ve been moved by the simplicity of the locals.

Above all, my lungs are the happiest – cleanest air in-take in the longest time.

I sincerely hope we can preserve each of these and don’t lose them to “development”.

A closer view of the wrought iron gate

P.S.: My inferences are based on a mere 24 hour stay in the village and it’s definitely something that’s going to stay with me forever. And I’ve been mindful to not over glamorize my experience

P.P.S.: I know I’m going back to Chhattisgarh 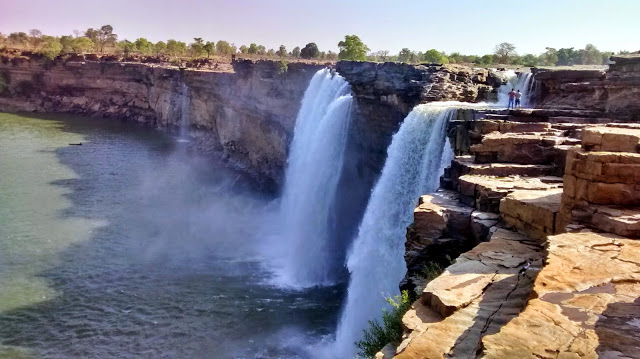 Chitrakoot Falls – this a view of it in the summer. I leave you to imagine what it might look like during the monsoons