Food in Punjab - 17 Delicious Dishes of Punjab to Get You Drooling!

Punjab is one of the most prosperous states in India, and the food of Punjab attests to this in every morsel. Even though it is known as the breadbasket of India, we get so much more than just that in their cuisine. Down south, a lot of people think that most North Indians are Punjabi and you can't blame them given all the Punjabi influence in the culture up north! No matter what divides people, food has the power to unite us as Indians, especially the rich Punjabi food with its succulent taste and desi ghee. And with Pakistan being Punjab's neighbour, a lot of Pakistani flavours have also seeped into the cuisine of Punjab giving it even more exotic flavour.

Here are some famous food items of Punjab, the land of bhangra which you might not have even known were Punjabi dishes!

1. Langar - The Feast of Piety in Punjab 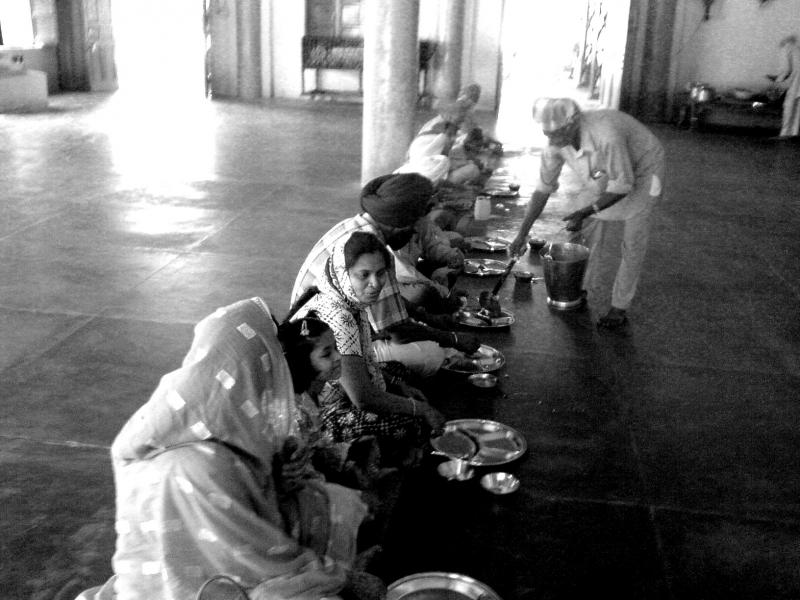 While not being a dish, the langar is an absolute must-try for everyone at least once in their life. The community kitchen of every gurdwara is open to all for service and serving. Anyone can go there and help to cook for the people, as well as receive a meal. Being just simple food consisting of naan, daal and some Prashad, it is definitely one of the humblest meals you'll have while sitting with people across castes, creeds, genders and everyone is treated equally here.

2. Butter Chicken - The king of all Punjabi dishes!

While chicken may very well be called the national bird of Punjab, butter chicken is the crowning jewel of the food of Punjab. While it may not have originated in Punjab, it was invented by a Punjabi family so that counts, right? No celebration can be complete without this delicacy. This creamy, gravy dish is lightly spiced and paired up with either naan or rumaali roti. 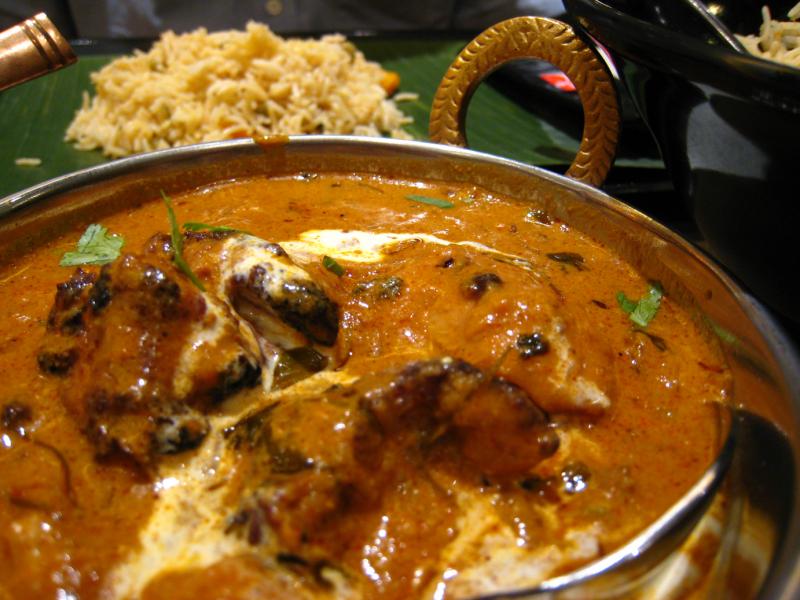 A great accompaniment to tea, it can also be snacked on when you're craving something a little sweet. Made from semolina and flour, it is light and not overly sweet. For those with a sweeter tooth, these can be coated in coarse sugar or desecrated coconut for a different flavour. These can be just as easily made at home and stored for 2-3 weeks to keep munching on! It is deep fried Punjabi Food so do be careful of how many you munch on. 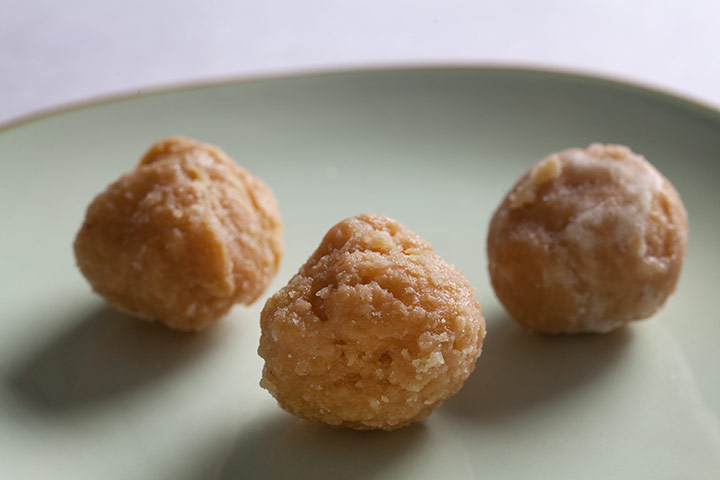 A drink known far and wide, lassi is something Punjabi's pride themselves in. Though it can be salty, the original lassi as it became famous, is sweet with a dollop of cream and butter to make it as rich as you can. Flavours like mango rose or strawberry are added these days to give it a twist while beating the summer heat. Almost all restaurants serve this even if they're not Punjabi joints which show the popularity of this humble drink. 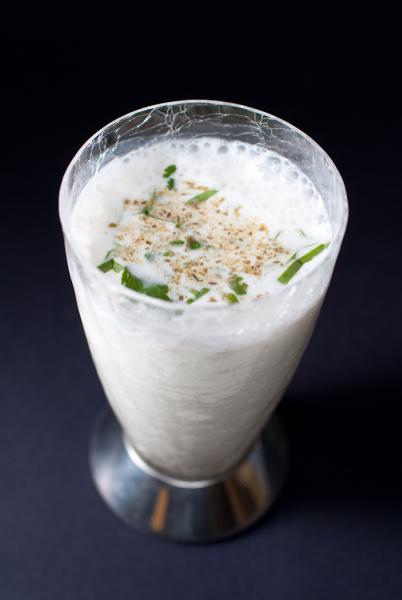 Be it Amritsari chole or Peshwari chole, they're both equally delicious, just the place of origin varies. A staple in Punjabi cuisine, this chickpea dish is best had with either a paratha or naan. Or you can just have spoonfuls of it as is, given how good it tastes. The difference between them is that Peshwari is slightly drier while Amritsar is made with a bit of gravy. The spices used are also different but not all that much. So it really depends on which part of the food of Punjab you feel like owning your allegiance to while ordering! 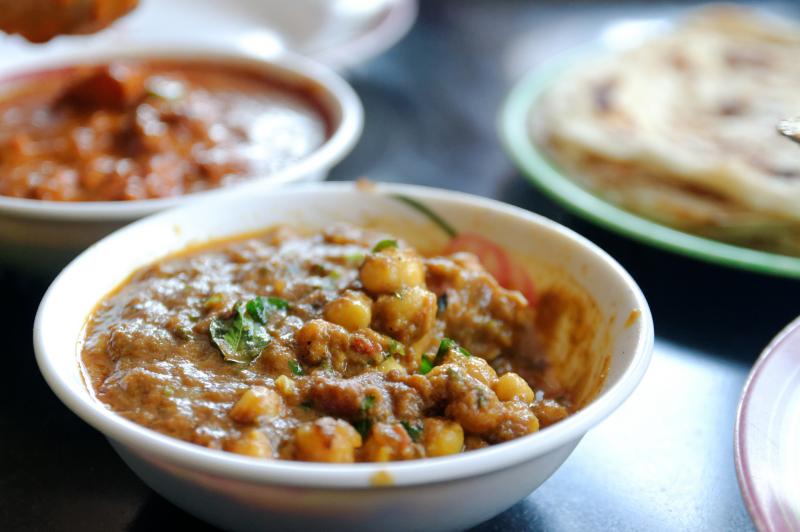 It's a standard Punjabi dish in most fast-food restaurants now. And these two accompany each other like a dream when you feel like indulging a little. Made with flour and milk rather than wheat flour, it's different from a poori. And although it's much larger than a poori, you can't just eat one because it's that tasty! The soft, slightly fermented bhatura should be your Go-to when you are craving some hardcore, spicy food of Punjab. 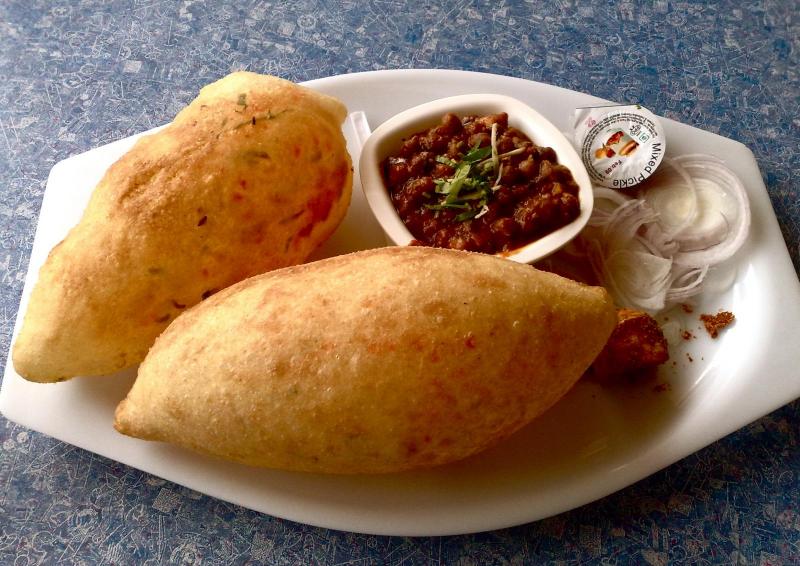 7. Parantha - The Staple Food of Punjab

No matter who you are, chances are that you've had a parantha at least once in your life. This delectable offering has come to India through the annals of Punjabi cuisine, and what a discovery that was! Be it plain or stuffed, this bread is a staple of most Punjabi households. Even while travelling, the most preferred item to eat at a Dhaba is mostly always a paratha. Fried in desi ghee is the way most people in Punjab like it. Have with some cold curd and pickle, it is quite a humble match made in gastronomic heaven. The possibilities of the stuffings are endless. Be it potatoes, onions, cottage cheese, keema to newer variants like bottle gourd, mangoes and almost anything you could imagine! The popularity is a testament is a fact that the national capital also has an area 'parathewali gali' dedicated to serving up all possible varieties of it. Plus, like a roti, it doesn't even have to be round so you can definitely make it at home without being taunted about making a 'world map' in the name of food! 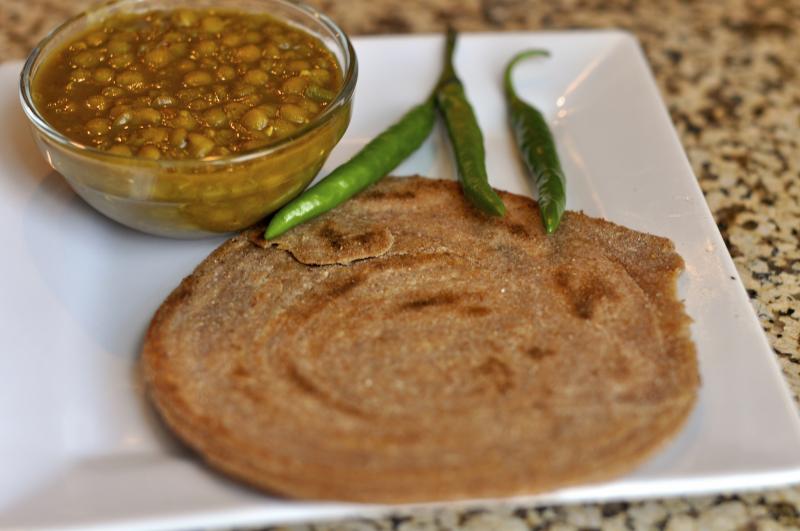 An amazing contribution of the food of Punjab to the rest of India, Amritsari fish is a favourite dish among non-vegetarians of India! A succulent, fried fish, this can be had either with naan or just like that since it is a dry dish. Batter fried, it is juicy and succulent on the inside while also being spicy. It is served in places all over the country with the same name which is only a testament to its popularity. A spicy fish with cold lassi, you possibly cannot go wrong with the combination! If one dal had to rule them all, it would definitely be the dal makhani. This delectable buttery Punjabi dish of lentils is a rich concoction of black lentils and red kidney beans made in a thick gravy made even richer with dollops of cream. It's a dish worth serving in a royal court. Traditionally, it simmers for 2-3 hours over a low flame to get it to thicken as the flavours keep becoming deeper. 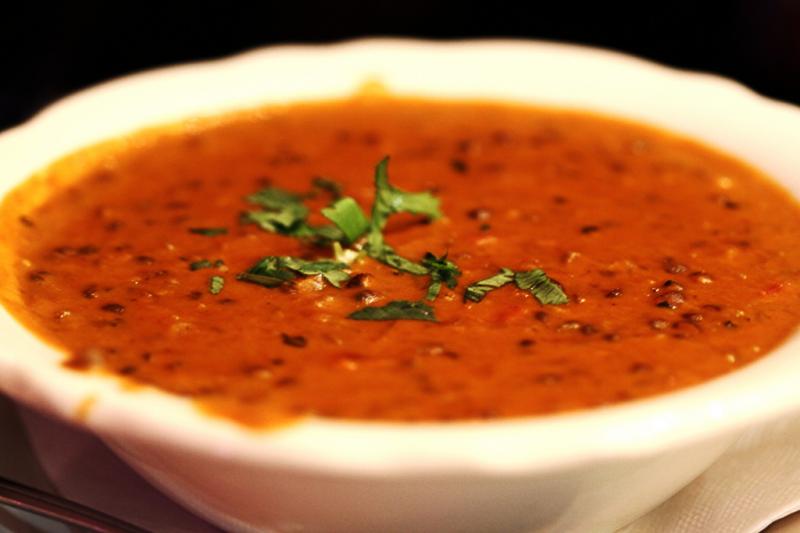 Also called 'chicken of the vegetarians', the paneer tikka has a special place in the food of Punjab. Chargrilled and spiced, this soft cottage cheese delicacy is the first to come to mind when one thinks of vegetarian appetisers. And frankly, any menu would be incomplete without it! 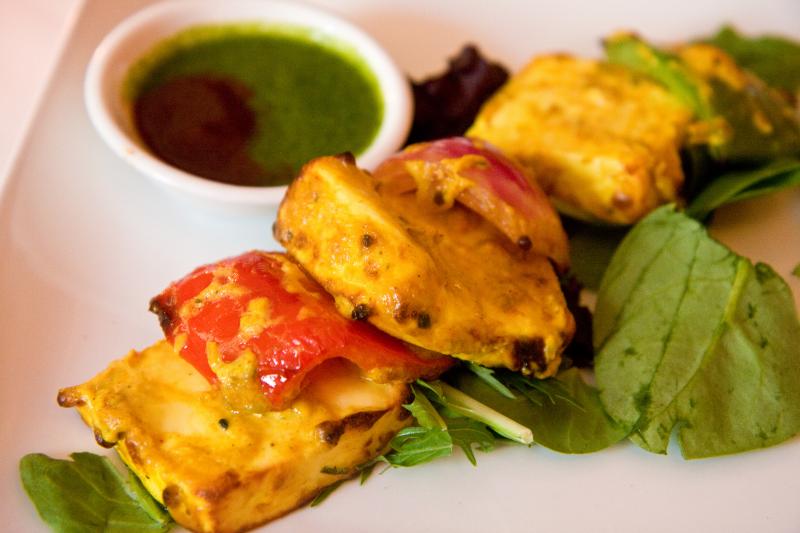 The Punjabi kadhi attests to the awesomeness of the day-to-day food of Punjab and its people. The Punjabi kadhi is different from its Gujarati friend in a number of ways. It's spicy and tangy along with having besan pakoras while the Gujarati variant is sweeter and of a lighter consistency and white in colour. The pakoras that are put are generally made of besan and onions. An alternative to them is also by putting in some peas and sliced onion to give a different flavour. 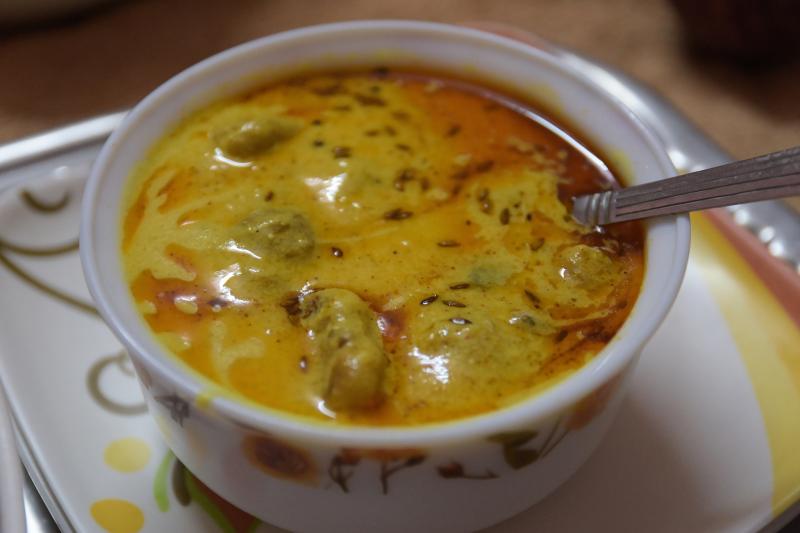 It's a staple in every household in north India while also having a nostalgic connotation for most. Having rajma or chawal with anything apart from each other feels wrong, like breaking up your favourite couple. Even though it comes from Kashmir indigenously, it's a favourite among all Punjabis and their grandmothers. This Punjabi dish is also generally served with a side of pickled onions, to enhance the taste. To give it a slight twist, some people also add a little bit of crushed papad to their rajma chawal to give it a nice crunch. 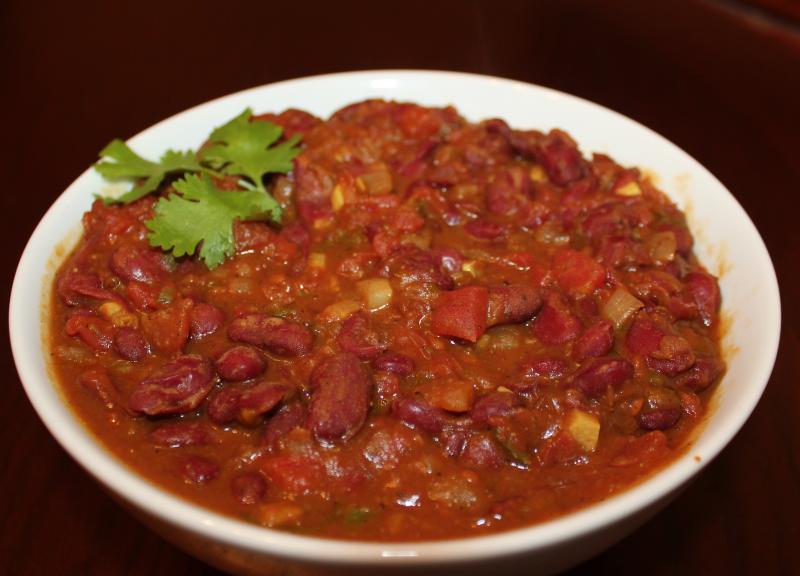 13. Sarson ka Saag - The most stereotyped dish of Punjab!

'Sarson ka khet' is synonymous with Dilwale Dulhaniya Le Jayenge, given that food and Bollywood our two, true Indian passions. Every north Indian foodie worth their salt (and spices) would associate this dish with Punjabi cuisine. Being a winter favourite, it can be found in all restaurants as a speciality. Given the slightly bitter taste of the mustard leaves, spinach can also be added to make it healthier, tastier and with a dollop of the famous dest-ghee for good measure and as a wintery guilty pleasure! 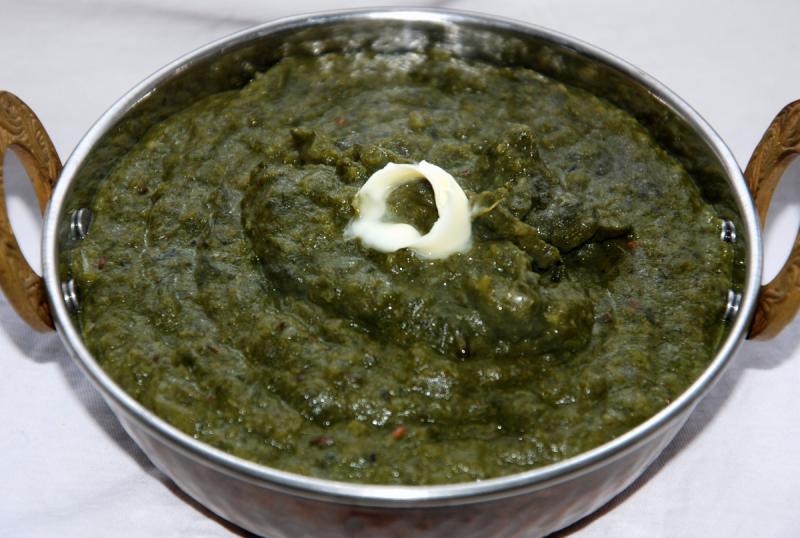 Makke ki roti and Sarson ka Saag are the desi equivalent of mac and cheese ? they just go together. With the cornflour being crumble in nature, the pros know how to make it best. But if you attempt to make it at home, add a little bit of regular flour or grated radish as a binding agent. Served with ?gur? or jaggery as an accompaniment, this is truly a match made in a punjabi-pind! 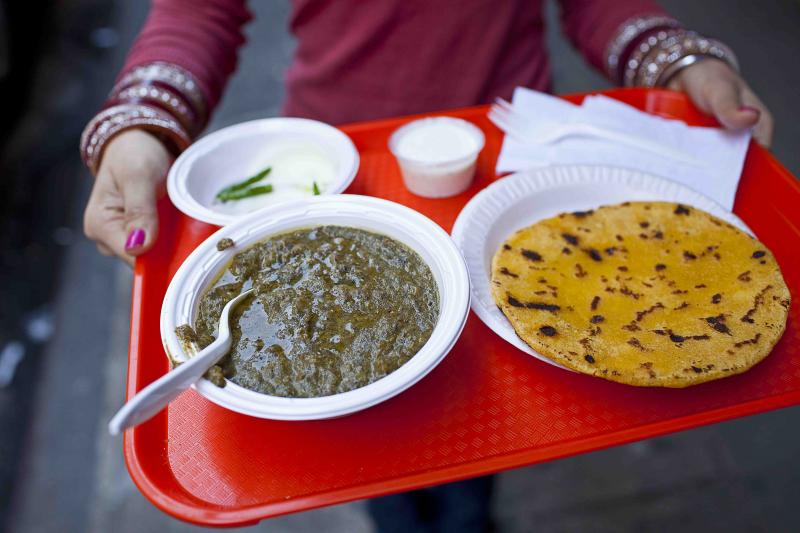 If there's anything else a gurudwara is famous for apart from tranquillity, kindness and their open kitchens, it is the karma Prashad. This dish of the food of Punjab is one of the best things which you've ever tasted, especially on a cold morning in a Gurudwara. Made with equal portions of sooji or semolina, butter and sugar, it is a dish that screams love and affection, much like your mother does. The Golden Temple is the most famous for this, it is served up in all other gurdwaras as well as made in Punjabi households on special occasions. If you want to show someone you love them, make them a smattering of this indulgent halwa, a true labour of love! 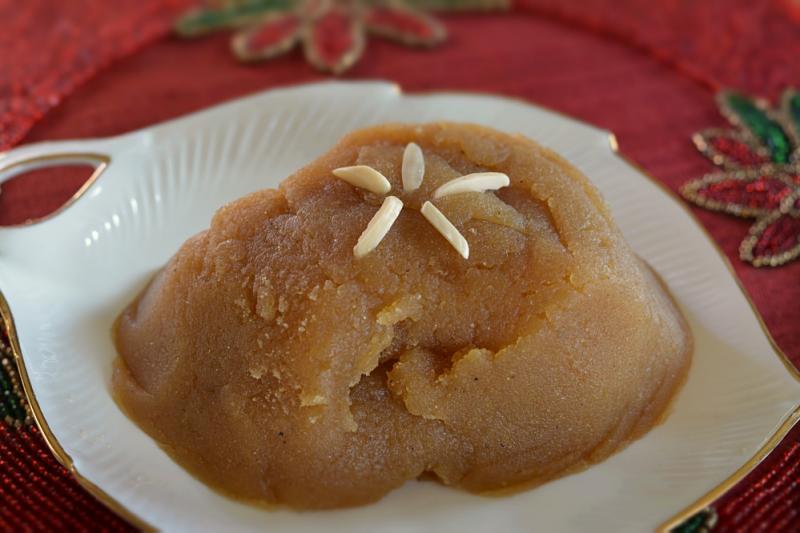 Indians love all things spicy, especially their pickles. And chances are, growing up in north India, you would have seen your grandmother prepare some every winter. Punjab's love for pickles is a notch higher than the rest of the country. To go with the buttery food of Punjab, tangy pickles are the best way to cleanse your palate. One of the most famous is cauliflower-turnip-carrot pickle. It's tangy, sweet and spicy or most flavours we like in our food in a single accompaniment! While eaten as a dessert, this is a dish mainly prepared in winter. It is made with desi ghee, wheat flour, jaggery and almonds - the ingredients give a lot of heat and energy during winter. While it is delicious, this dish from Punjab should be eaten in small quantities given the richness of it lest you fall sick! Some people don't even treat it as a dessert but take it to be just another nutritional supplement - just Punjabi things! 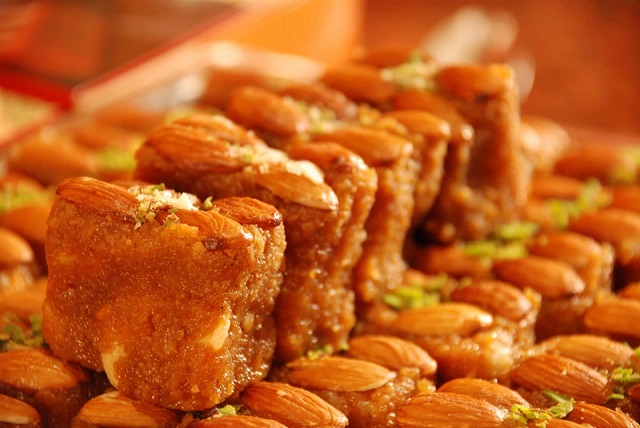 The food of Punjab is nutritious, flavorful and is perhaps the most colourful of all cuisines in India. Its prepared with a lot of time, lovely spices, and bread constitutes a large part of their platter. Go ahead and explore this wonderfully happy cuisine!

Other Punjabi dishes that make your heart race? Tell us in the comments below!