There are places where you need to look for a place to get high, and then there is Varanasi. You might be wondering a little as to where on earth there is such a place in the holy city? Well, I can list down for you a list of such places where the crass hullabaloo of the city subsides as soon as you take the pot in your hands and turn on some psychedelic music, even before puffing on a chillum. At sunset, the ghats assume a surreal look as hordes of nirvana-seekers can be seen witnessing the circular disc submerge itself beneath the tranquil waters while passing each other the much-celebrated hookah. 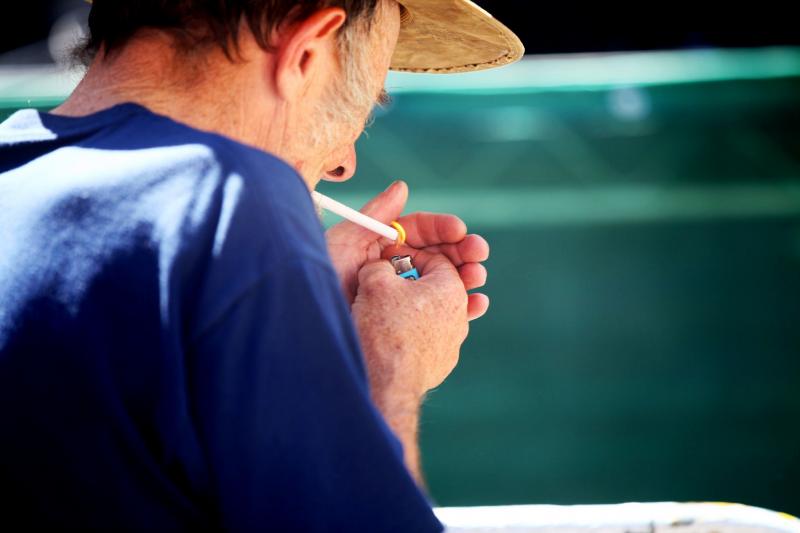 Cigarettes are just the start (Source)

Unlike its much perceived popular image, the holy city has a knack for throwing up some curious surprises. It is not as if Varanasi is all about temples and religiosity. Here, religiosity and overwhelming spirituality with which the city is usually identified gets commingled with an irresistible urge to seek a subterfuge from the reality. And what better place to smoke a pot than haloed banks of the holy river Ganges. Enough stuff to put everything else into perspective. No?

The innumerable lanes and alleys with which the city is infested serves as a blessing in disguise for those who seek to engulf themselves in a trance, an all-pervading trance which is much like silence, putting to rest every other consideration. I have been to most of such offbeat places in Varanasi, where you might not be expected to abide by the norms laid down by the establishment. So when in Varanasi, turn to these places to cast away every semblance of worry that might be latching on to you. After all, Nirvana is what you wish to achieve towards the end. No? 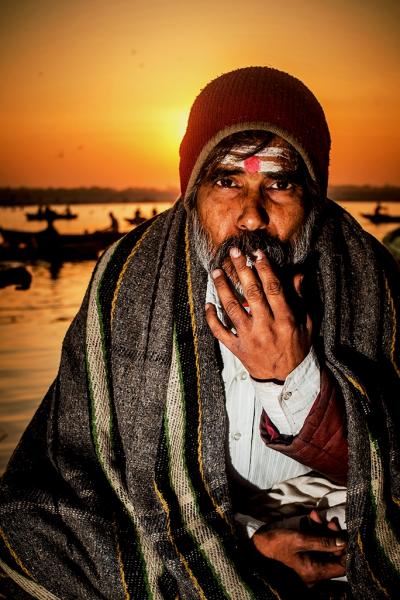 Baba on a high (Source)

Head towards the ghats if you feel your gut instinct tugging at you, for the ghats are an ultimate abode for the hippies. As evening descends, the sight of them huddled around in a circle is ordinarily common. With a neatly tuned guitar by their side, the chillum (made mostly out of clay, and available quite easily at the ghats), for the hippies, is the reigning deity as puffs of smoke swirl towards the sky. As one moves towards Dashashwamedh from the legendary Assi ghat, Ganga Mahal and Bhadaini ghats serve as the perfect recluse to take in a few puffs while resting atop one of the raised circular platforms around the place.

You might be subjected to a melange of stares which can become a bit unnerving at times. But ask yourself this question, do you even care?

If you believe in your ability to occasionally shake off the habit of sleeping in late on certain mornings, you might be able to share a pot (filled with some exquisite marijuana from the Samneghat and Shivala localities) with one of the several ascetics thronging the ghats. Known more popularly as ‘Baba‘, these babas set the bar extremely high. Most of them are declared social pariahs, but once you succeed to bypass that imaginary cocoon around them, I can assure you of an all time high. Literally. 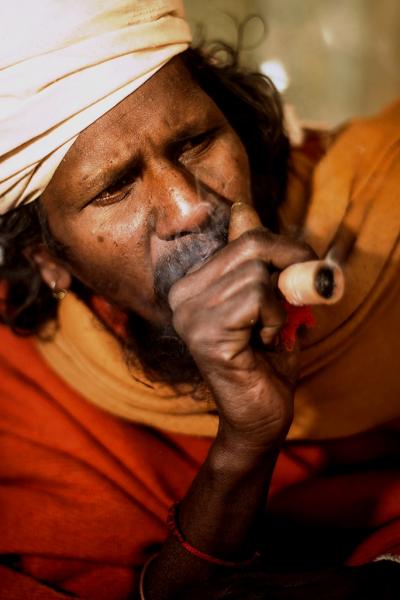 In the temple town, baba is a term used almost interchangeably with hash or marijuana. Yes, we Kashi-wallahs are an egregious lot. And along the NH 2, en route to Allahabad, the multiple dhabas which line the dusty stretch of tarmac are a perfect haven for your psychedelic adventures. You need only ask the dhaba owner (after having mellowed down your voice to a conspiratorial whisper) for a pot, and it won’t take long before you’d be off to a racy start. 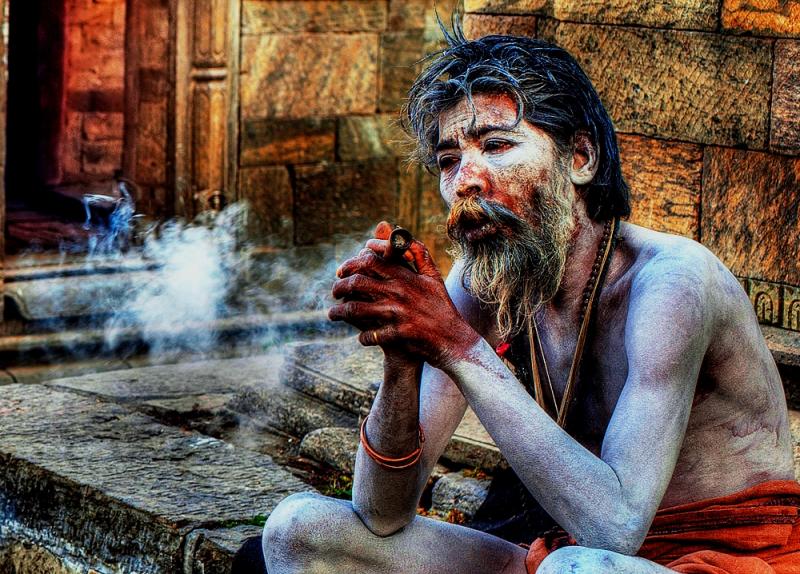 Puffing away in silence (Source)

Did someone just mention beer? Say no more. And do not let such trivial considerations such as distance come in your way. Aahar Vihar Dhaba and Chahat Resturant on the Allahabad Highway are an oasis of calm for the hippies. For beer is amply available, along with excellent food to satiate your taste buds

Bhang, carefully moulded in the shape of crude spheres, is as representative of Varanasi as its temples and ghats. I would not be exaggerating if I were to say that if it is bhang that you crave for, it’ll find you out with a dogged persistence. Couple it with a glass full of thandai, and there you go, euphoria itself will come begging at your feet. 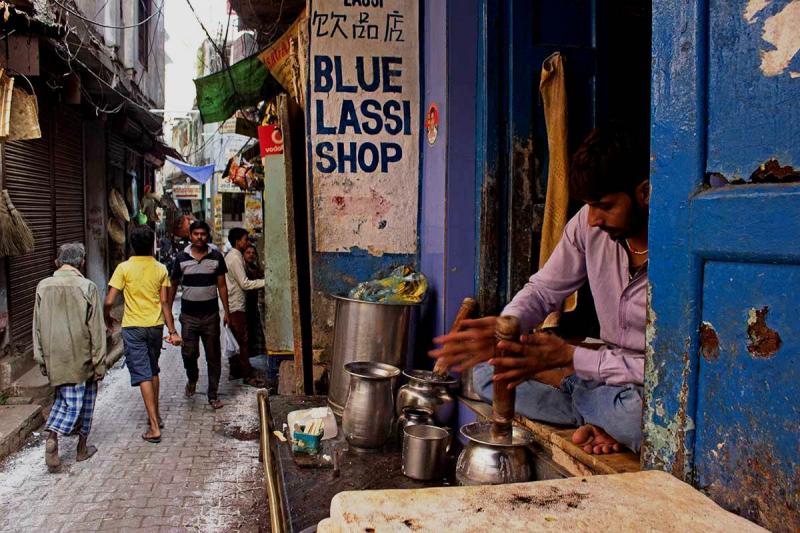 Green Lassi and Thandai at Assi, and Blue Lassi at Godowliya are the two stations you need to keep high up on your list. A word of caution though, hunger shall gnaw at your stomach with a ferocious zeal, after having downed a couple of glasses of Thandai laced with bhang. But then, there is no dearth of delectable food in the temple town.

Hookah is one thing which isn’t available that easily across the city. However, there is this Classic Cafe at Lanka which serves excellent munchies along with your craved flavor of the medieval offering.Try out the Bambaiya Paan flavor along with a plate of crispy potatoes when you visit the place the next time, while grooving your body to the beats of some refined psychedelic music.

Not for nothing the popular aphorism in the holy city goes like this: Kadam to Rakho Kashi mein, Tar jaoge Kashi mein….

P.S: I wish to state that this post should not be seen as an attempt on our part to cast any deliberate aspersion on the established way of things in the temple town. We merely wish to bring to the attention of our readers such information which is already present below the carpet.

20 Best Hotels in Varanasi for a Wonderful Vacation

Temples of Varanasi for a Sacred Pilgrimage

Best Hotels in Varanasi for a Wonderful Vacation

Best Places To Stay In Varanasi and Enjoy This Historic City

Bed And Breakfast In Varanasi

Best Luxury Hotels In Varanasi for an Opulent Vacation