₹ 8,407 onwards View Packages
In a winter afternoon of November, in a vast sparse foliage a top mountain, my heart was pounding even louder than a thunder while I was gaping at the human walking towards me. The closer he came; the pounding became even more emphatic.

He wore a vague headgear of goat feathers, had bones of an animal wrapped around his neck as an accessory, a dead animal's skin sheathed as clothes and long bones of almost six inches pierced through both his earlobes. His appearance became lucid as he came closer. He was so weary and old that he needed a stick to walk. 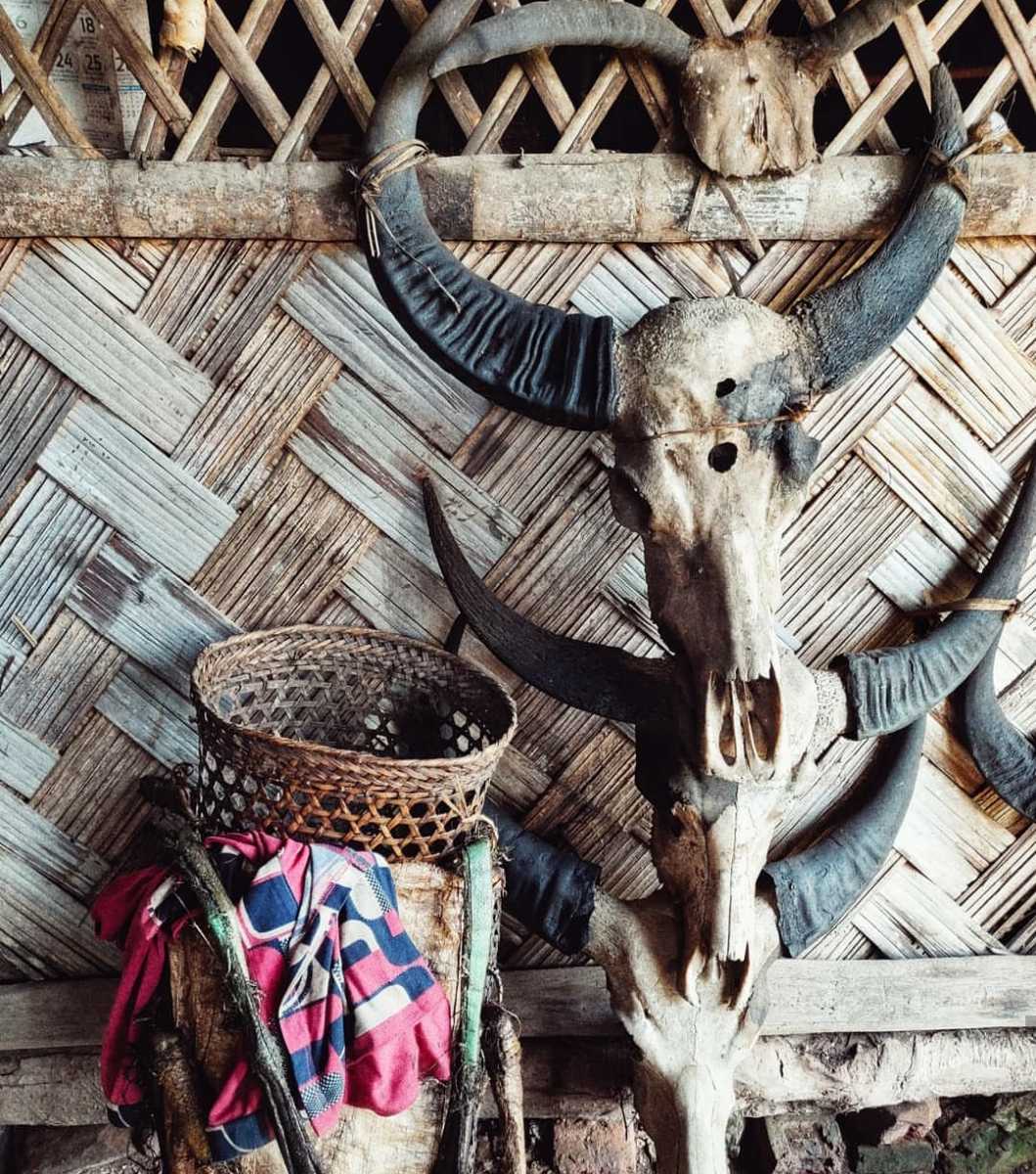 My dream was becoming a reality. Was my heart beating because of that or was it because I was afraid of somehow accidentally disrespecting the Tribe? In this case, it would lead to getting my head chopped off with his machete! Was seeing a tattooed frail face walk towards me the reason for my sprawling fear? Or because I knew that the man walking towards me has killed and chopped the heads of its enemies? Or maybe it was because of all these reasons!

It was just a few months back that I learned about the tattooed head-hunters of Nagaland! I took a day to wrap my head around it all-

1) Head hunters – NOW? In THIS century?
2) In India?
3) Last surviving?
4) Tattoos all over the body? Neck and face too!? How? Why?
5) Nagaland! One of the least explored places in our beautiful country.

Will my family allow me to travel in this secluded northeastern state to meet the erstwhile HEAD HUNTERS? Boy, my head was getting dizzy with all the questions babbling around.
And, how do you feel when you tick something off your bucket list in just a few weeks or months?! Out of words, right?! It feels like something swept me off my feet, and the land vanished!

The Encounter With The Head Hunter The Rendevous With The Tribe That's when I went to meet the erstwhile Tribe. Our group sat around the traditional Naga Kitchen that had a fireplace in the corner of an open hall, and it lit 24x7. It had a large three-layer bamboo basket that stored meat and hung on top of the fireplace. Right next to that sat the Angh– King of the Naga clan! We sipped Lal chai and munched on bananas offered by the Konyak tribe of Mon, Nagaland, while our translator narrated their brave tales and translated the questions that we had for them!

The History of the Koyank Tribe of Nagaland 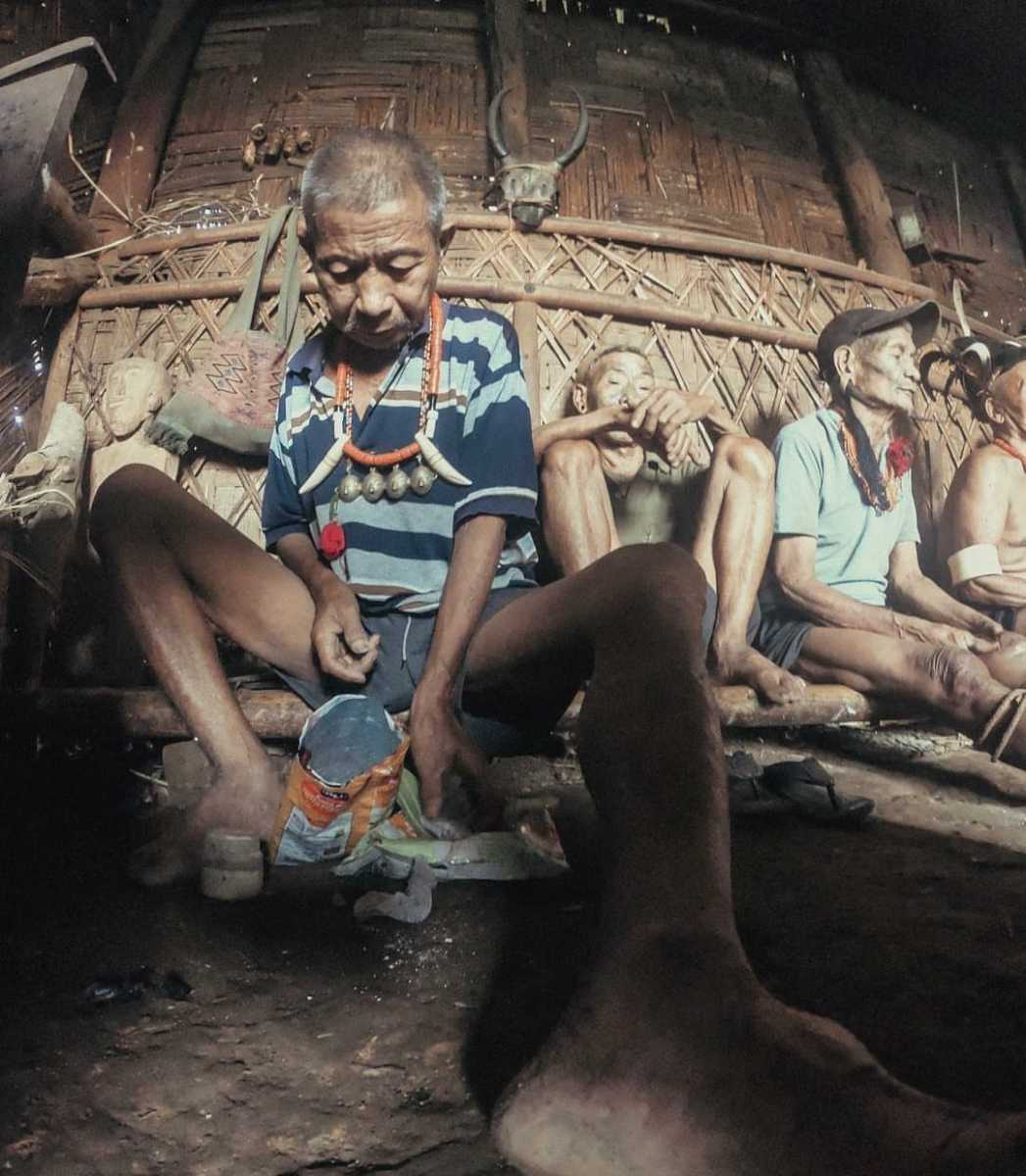 The Konyaks were famous for their prowess by killing their enemies by chopping their heads (only till the year 1960 when the Government of India banned this practice, and British Christian missionaries started preaching Christianity). They believed that the soul resides in the head and by decorating those skulls around the gate would bring in good luck to the village.

The men's pride lays in the tattoos carved on their bodies. The more the number of heads chopped, more would be the tattoos. The thorns of trees were used as needles while the ink was created from resin, charcoal, and rice beer!

The Folklore That Surrounds The Tribe

A brave king had his entire body tattooed, and the only place left was his phallus. He chopped off some heads in the next battle and got that tattooed too and today hails as the bravest king in the Tribe's history! 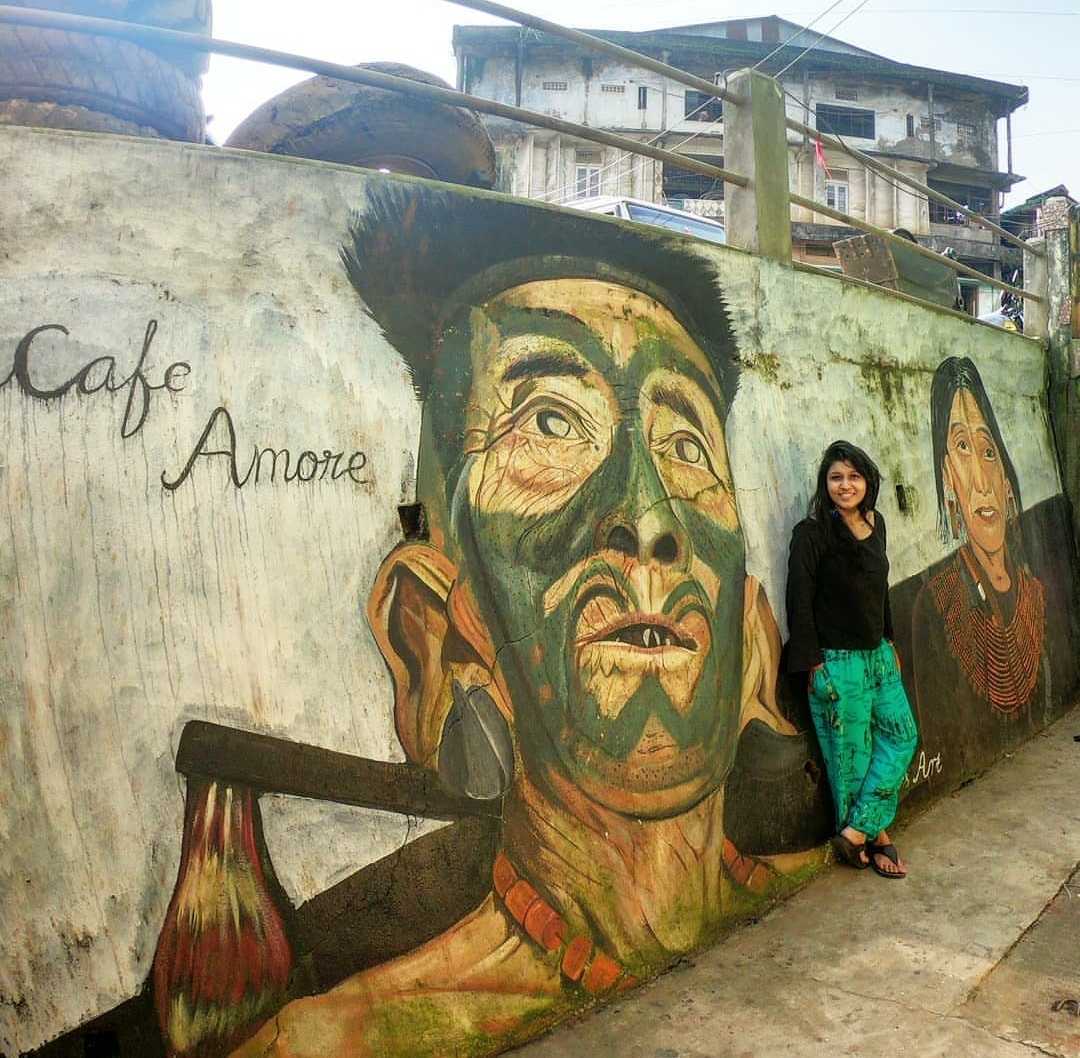 As we wistfully bid farewell to the Tribe, an incident flashed in my head. While entering the state and getting our permits approved a cop warily asked asked "Kyu aaye ho yaha? (Why are you all here?)", to which we blithely replied "Ghumne! (To explore the place?)" and with a smirk he inquired again, "Koi aur acchi jagah nai milia ap sabko? (Didn't you find any better place for that?)"
I wish I meet him again and make him read this article for him to value and realise how close he stays to our country's gem and a paradise that we call Nagaland.

Places to visit in Nagaland

View all places to visit in Nagaland

Nagaland Experiences An Unheralded Snowfall After A Leap of 37 years!

Glamping in India For A Luxury Vacation In The Wild