On a Trip to the Hidden and Blessed Land of Tawang

"The sacred hidden land of happiness" is not a place you can reach easily. Anything as beautiful as the name suggests should be difficult to reach and attainable by, only a brave few. Only then is the real beauty of this land experienced in its full serene glory.

Tawang is that land. This land of the Monpa's is called "Mon Payul Kyinochung", which means "the hidden & blessed land". 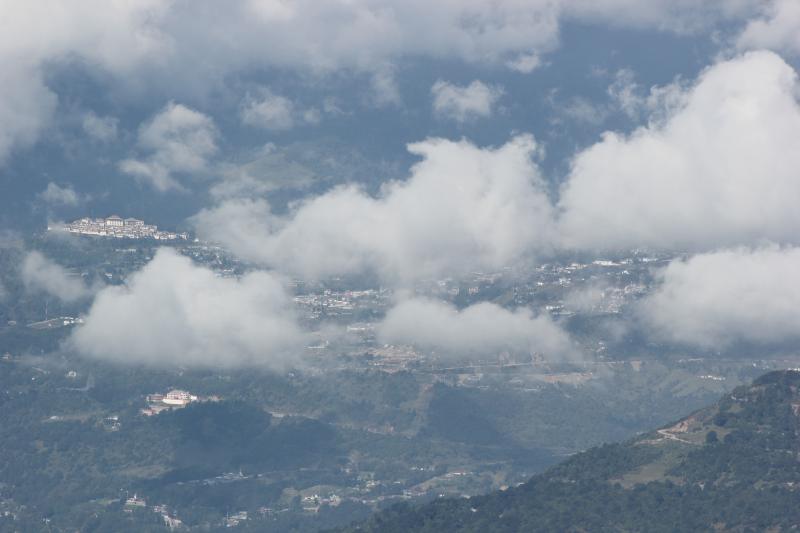 Tawang through the clouds From close to Jaswant Garh

And Tawang is NOT an easy place to reach. You take a flight to Guwahati and then drive to Tawang via stopovers at Tezpur & Bomdila. You can also take the train up to Tezpur and then drive from thereon. Either way, it will take you at least two days of a backbreaking ride up the mountainous roads before you reach this lovely place, tucked in the corner of India that shares boundaries with Bhutan & Tibet. 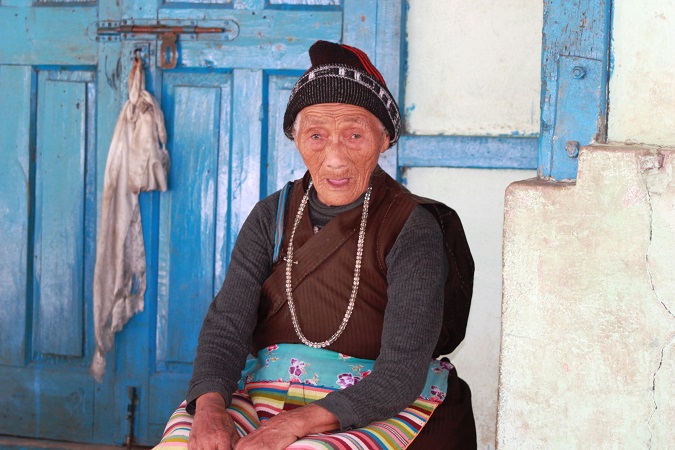 The 100 yr old Monpa lady -close to Lumla, near the Bhutan border

The locals could walk from here to Lhasa in two days (while we hike & trek, those people could really walk), shows how close we are to Tibet physically and how militarized boundaries can radically alter, and psychologically distance us from people who have been our close neighbours for ages.

This is not a travelogue. This is a reflection on the small 8 day trip to this charming valley that is a queer amalgamation of cultures. Local Monpa, Buddhist Tibetan & Hindu Indian cultures co-exist and have intermingled to create a unique terrain. This is also a guide to what you need to (and what you shouldn't do) when you visit Tawang (or any other hilly place).

On the map, Tawang looks pretty close to Guwahati. Google maps will tell you it is only 450-some kms. Although I've had some experience travelling in the hills (I come from Kumaon in Uttaranchal), we were grossly under-prepared for the roads. Usually, I would spend hours poring over the last details of what we are going to do where, but this time I let go. Didn't really have an option, couldn't take out much time, given the pressures of working in a start-up.

While the roads from Guwahati to Tezpur are top-notch, once you enter the hills at Bhalukpong, the roads start giving up on you. The last stretch from Bomdila to Tawang, especially around Sela Pass, is as bad as it gets (and we are told it gets worse during winters).

Imagine this for a couple of hours every day and you have a fair idea of what it means like to be on the roads close to Tawang.

We ended up spending 3 days to reach Tawang from Guwahati, with stopovers at Tezpur and Bomdila and 2 days to return. That's 2 days more than we accounted for and in an 8-day trip that's, well, you do the math. Of course, it's all about the journey and the landscape is beautiful, but we would have loved to spend more time in and around Tawang. So advice number 1;

Plan your trip well. Read everything there is, and there's a lot out there. Once you know the terrain, you can relax and be spontaneous. But going in blind is not an efficient way to travel.

But maybe that's what you enjoy. The surprise at the corner of that bend on the road. The charm of coming upon something so beautiful that you decide to take a detour and that ends up being your trip. The joy of having found something unexpected, the thrill of having done something audacious. Bold & brave. Go where no man has gone before. A small leap forâ€¦you get the drift. 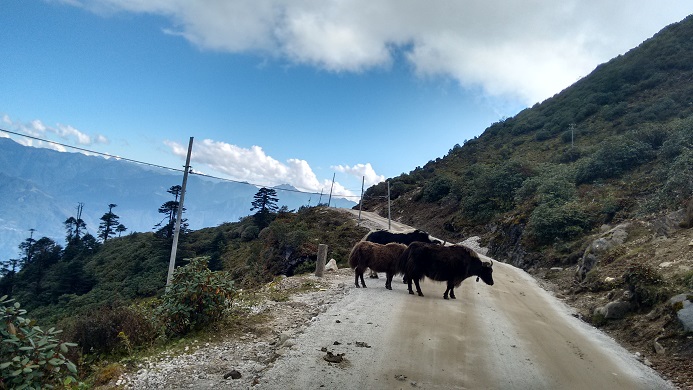 Yaks on the road, some of the very few we saw

Over-planning can kill the joy of discovering something new. There's only so much you can learn from Wikipedia & Lonely Planets & Make My Trips of the world. What the locals will tell you, will be pure and unadulterated. There's more local wisdom there. Let that guide you. While we'd planned to drive as fast as we can to Tawang, we eventually decided against it on the advice of locals, our co-passengers. We spent a day in Bomdila and discovered a beautiful little town, with lovely monasteries and ended up playing badminton with young monks. That was one of the best moments of the trip for me. 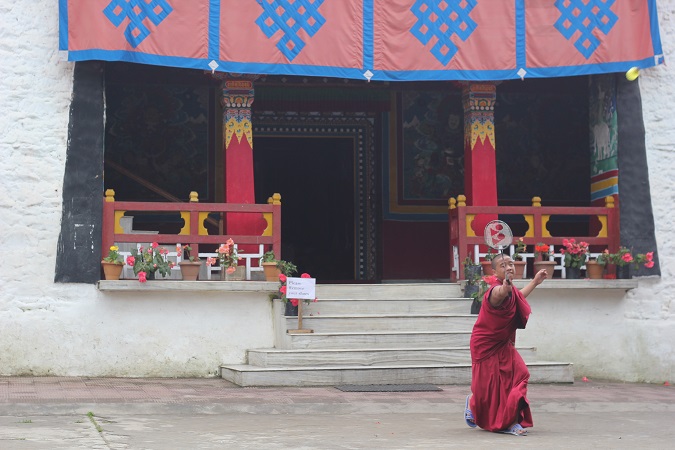 The young badminton playing monk at the Bomdila monastery

So, just go for it. Who cares! It's your trip. Let the universe guide you.

This is the most important maxim of all. On a trip where you are going to spend a lot of time on the road (we spent 45 hours been driven around) the driver is an important person. And what's most important is his taste in music.

Because when you sit on the last seat of a Sumo, crunched tightly alongside 3 others, hurtling up & down bumpy & curvaceous mountain roads, the last thing you want to listen to is a Badshah hip-hop ditty.

Maybe YOU don't mind them. But surely even YOU can't listen to Badshah or Honey Singh for 6 hours. If they had these songs in medieval Europe, those torture chambers would just have had loudspeakers blaring "DJ waale babu mera gaana bajado".

All notions of an exotic trip to the farthest corner of India, untainted, pure & serene just went downhill with those songs. Those days ended in nights with terrible headaches (maybe the roads had something to do with it too).

Luckily for us, after the first two days, we had drivers with better sense in music. One even had "Tu kisi rail si" from Masaan and I almost had tears of gratitude in my eyes and felt like kissing him.

Any music after that was really "music" to my ears. Nepali songs of Udit Narayan, bring them on. Those lovely 90's Kumar Sanu-Alka Yagnik love ballads, lovely. Arijit Singh, Mohit Chauhan, brilliant. Local Monpa songs, the best, thatâ€™s why I came here. To experience the place in toto. The music, the culture, the language, the monasteries, the people.

Not Badshah & that song.

4. You Can Live Without Your Mobile & But The World Cannot

Once we crossed Bomdila my phone conked off. I am addicted to Facebook & Whatsapp and was actually lost for a while. I imagined the worst. What were my friends chatting about? What's trending? What did we ban? What are we outraging against now?

Ok, I am exaggerating here, but I was curious to see how I would take that. Turns out, I can totally handle it. A week without all those social apps was perfectly normal and I aced it. I saw more than I would've if I had been peering down continuously on the phone.

Of course, when the sunset at 5 pm and we didn't have a TV in our room (for a night) I struggled to find peace. We've lost the habit of sitting quietly without anything to distract us and there's nothing like the stillness of a night up in the hills to make you realize how much we are dependent on these gadgets.

And they are everywhere. One would imagine that the monks studying at Tawang would be devoid of such addictions. You couldn't be more wrong. Everyone, I repeat EVERYONE, everywhere is pecking away on their mobiles. We found young boys studying to be monks, lazing on the slopes next to the famed Tawang monastery, audio chatting on WhatsApp. Recording messages, songs, smiling all the while peering into their phones, they seemed to be just like teenagers anywhere else. 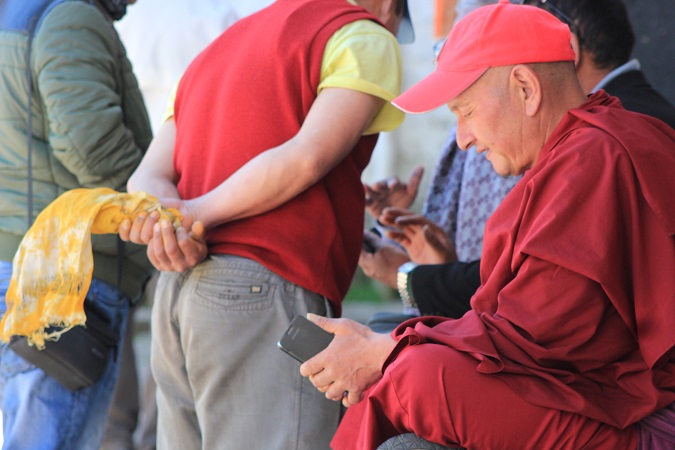 Monks at Tawang monastery on their smartphones

It was kind of disappointing, but then I realized how amazing that is. A mere 55 years back, when the current Dalai Lama came down to India via this very place, there wasn't anything connecting Tawang with the world. Today these kids have the world at their fingertips and can learn anything they want to.

Maybe the world is getting integrated. It's getting smaller. All the frontiers have been breached and there's nothing left to be discovered. Very soon every place will be the same, with people wearing similar clothes, listening to the same songs, maybe even talking in the same tongues. The charm of travelling to another land might vanish and everywhere we go, we might find more similarities than differences. Maybe that's for the best.

How boring would that be! Sigh!

5. India Is Such A Diverse Land

I know that's a cliche. But some cliches are truer than others and this is a cliche that's reinforced every time I travel within our vast country.

The north-eastern part of India is just the "north-east" in our imagination. Yet even Arunachal is not just "Arunachal". One of the smallest (by population) of Indian states, it alone has more diversity than a good-sized European nation. It is a land where the Monpas and the Apatanis and the Nyishis and the Mishmis and another 40 or so tribes live.

Tribes that have their distinct cultures and languages that the others don't understand. Every district (apparently) has its own flavour and the language linking the people of this lovely state is, surprise surprise, Hindi. Everybody spoke decent Hindi and it was actually pretty odd to hear two locals converse in Hindi instead of their own mother tongue.

Tawang is peopled by Monpas who've adopted Tibetan Buddhism and culture and speak Hindi quite fluently. 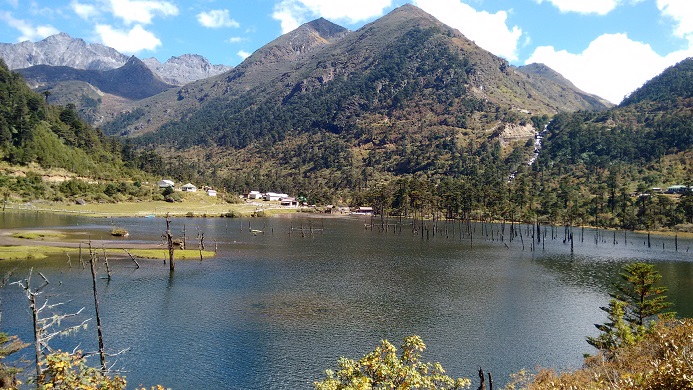 Not many tourists visit (although the number is going up) which means that the place still retains its innocence and you aren't mobbed by people trying to sell you local exotica.

3 days in Tawang were spent walking across the town, visiting the monastery, travelling to the China & Bhutan borders and coming upon a beautiful sylvan lake called Madhuri lake (after the dhak-dhak girl shot for Koyla here).

We went to the war memorial and came face to face (for the first time) with the most awesome stories of bravery from the 1962 war with China. Names like Joginder Singh & Jaswant Singh Rawat that should've been household names would've been in any other country are sadly unrecognised. 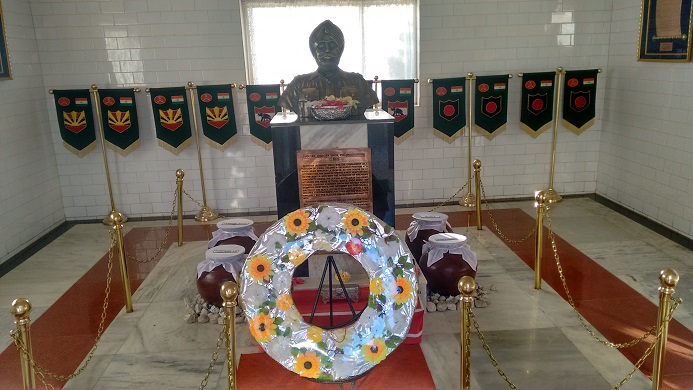 Martyr Joginder Singh's bust inside the war memorial at Tawang 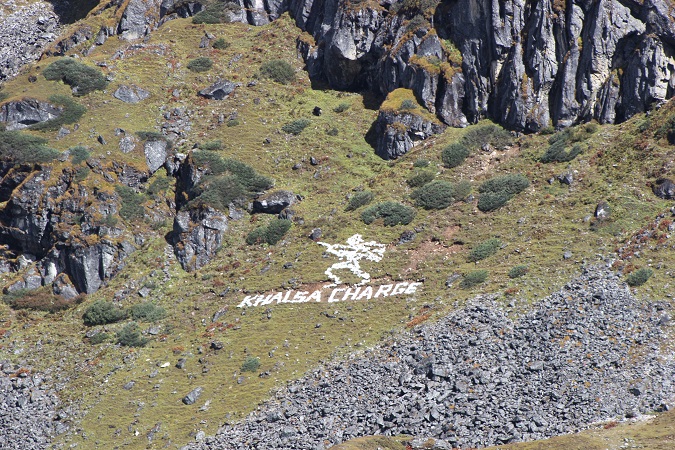 Signs that dot the landscape on the way to the border

The travesty of our soldiers is that they are remembered only in war times and revered only in death. The sacrifices they make in the interim, away from their loved ones, guarding our borders in such harsh terrains, deserve as much respect. Popular culture has made heroes out of gangsters and IIT-IIM types, while the real heroes go about quietly doing their work with a smile on their faces. Even while dealing with 50-year-old tourists behaving like school kids at the China border.

I am sure Tawang is a place I will return to. I know because, it's been 15 days since I've returned from the trip and I am still poring over Google maps, scaling it up as much as possible, to get back as close as I can to this beautiful hidden & blessed land of the Monpas. 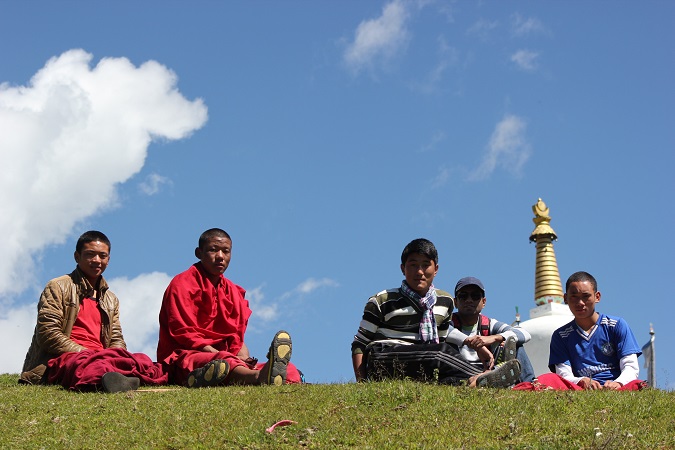 Chilling with young monks on the sunny slopes of Tawang

The content and the pictures may not be used without the author's prior permission.

Places to visit in Tawang

View 9 places to visit in Tawang

Beautiful Offbeat Places In India That Are Still Unexplored

Most Beautiful Places In India

Places to visit near Guwahati

Beautiful Offbeat Places In India That Are Still Unexplored