View All Hotels In Kullu
Kullu, the “Valley of Gods”, is one of the most breathtakingly beautiful parts of Himachal Pradesh. This serene hill town of Northern India is famous for attracting visitors from far and wide. Also known as “Kulanthapitha”, the valley has always been a favourite destination for travellers to experience the mystical land and rustic way of life. 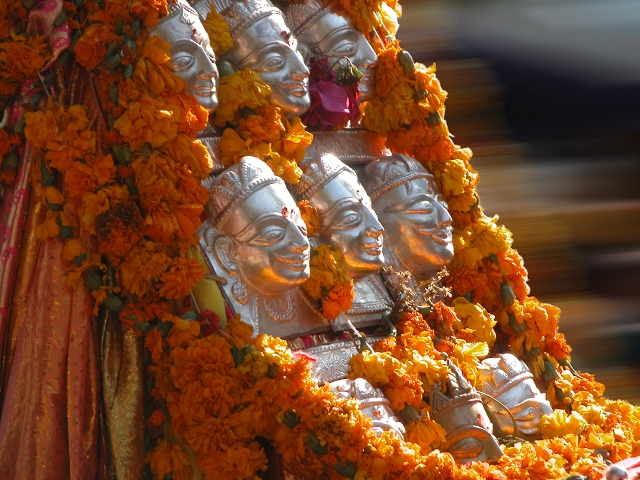 The valley is also renowned for its grand Dussehra celebrations; the festival of a triumph of good over evil. Kullu Dussehra was declared an international event in 1972 and is witnessed by around 4-5 Lac people from across the globe.

Dussehra is celebrated on the tenth day of Navratri i.e. on Vijay Dashmi day, around the month of October according to the Gregorian calendar. Kullu Dussehra is slightly different because its celebrations begin when the rest of the country closes the nine-day long festival. This year, the festival will commence from Wednesday October 5, 2022, and will continue for seven days. Dussehra in Kullu is a week-long festival famous for its large number of visitors and grand celebrations. 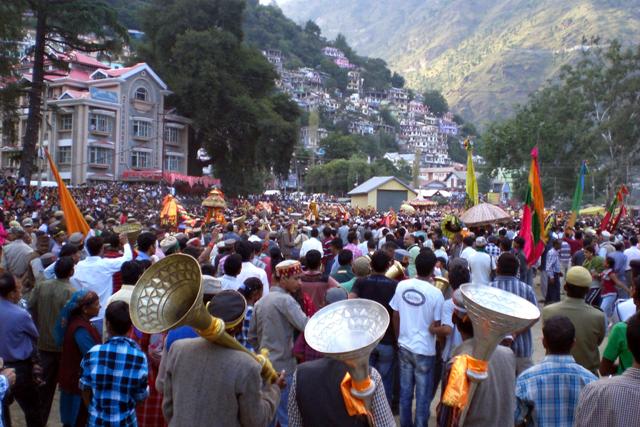 Processions and Celebrations of Dussehra in Kullu

Dussehra in Kullu valley is a much-awaited and celebrated festival. This week-long festival starts with a procession of Lord Raghunath, along with other deities, carried on a Ratha across the town. The village gods and minor deities are also a part of this celebration. The centre of the festivities is the Dhalpur maidan. The pleasant weather and breathtaking beauty of the valley along with the celebrations fill the visitors with eternal happiness and satisfaction. The festival gets merrier with dancing, drinking and feasting for a week. The Kala Kendra festival is held at night where several activities and cultural events take place. Thousands of people from all over the country and world visit this place during Dussehra. The festival is very well organized which only makes the experience worth remembering. On the 6th day of the festival, an assembly of village Devtas takes place which is definitely a sight which one must watch. Sacrifices mark the last day of the celebrations; a fish, a crab, a rooster, a buffalo and a lamb are sacrificed and a huge bonfire is lit. These mega-festival witnesses the worshipping of around 250-300 idols from the adjoining villages of Kullu. The idol of Ragunath Ji is brought back to its original place through a grand procession. Various cultural processions from different countries are invited, almost like the processions during our national festivals. Thus one can see the difference between the Kullu Dussehra and the Dussehra being celebrated in different parts of the country. The grandeur and celebration at Kullu Dussehra is something which every visitor here will always treasure.

History of Kullu Dussehra - Legends of the Demi-Gods

The first Legend of Kullu Dussehra

This legendary festival has various myths, stories and anecdotes attached; each tale beautifully capturing the symbolic importance of the festival. There are two varying legends attached to the grand festival of Kullu Dussehra. The first one goes something like this. Maharishi Jamdagni, while returning from Kailash carried a basket with images of eighteen different Gods. While he was crossing the Chanderkhani pass, a fierce storm scattered all the images across the Kullu valley and the people living in these hills saw these images taking forms of Gods. Thus, this beautiful place came to be known as the “Valley of Gods”. And this is why the people living worship these scattered images with great pomp and show. 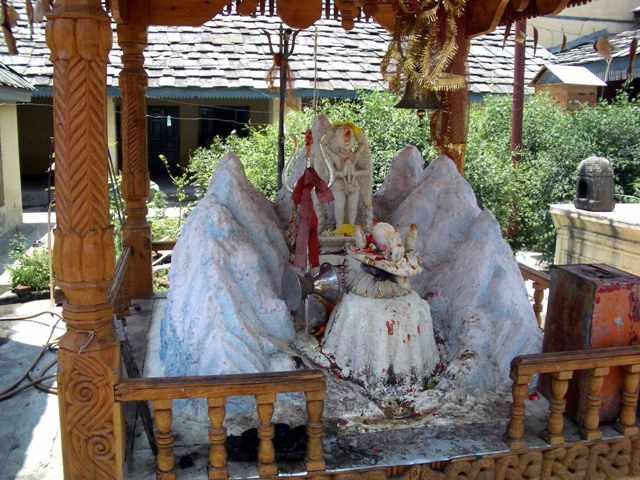 The Second Legend of Kullu Dussehra

Another legend dates back to the 16th century. The origins of Kullu Dussehra can be traced back to the regime of Raja Jagat Singh, who was the ruler of Kullu at that time period. He heard about a peasant who had treasured pearls of knowledge. So, he ordered the peasant to give those pearls to him or face death. The peasant who knew of the wickedness and greed of the raja killed himself by jumping into the fire and then cursed the Raja. Out of guilt and self-disgust, Raja Jagat Singh saw worms instead of rice and blood in the pot of water. The Brahmin’s words, “Whenever you eat, your rice will appear as worms, and water will appear as blood”, echoed in his ears.

A panic-stricken Raja slowly began to fall ill. His disease couldn’t be diagnosed by hakims, vaids, religious preachers or courtiers. The spirit of the Brahmin continued to haunt him. Raja Jagat Singh finally sought help, and a holy brahmin (Pahadi Baba), Krishan Datt then told him that the blessings of Lord Rama can cure him. He was asked that if he carried the idol of Lord Raghunath from Ayodhya to Kullu, the curse put on him by the peasant would be uplifted. Through a lot of hardships, this finally happened and the Lord Raghunath became the reigning deity of the Kullu valley. Interestingly, the weight of the deity increased when taken back to Ayodhya by the local people and decreased when taken towards Kullu. This very idol is the centre of attraction in the Dussehra festival and is taken on a Ratha all across the hill town.

As traditional rituals are important and have to be followed, the festivities will take place but slightly toned down. People visiting the state must follow social distancing and other rules and regulations.

Places to visit in Kullu

View 28 places to visit in Kullu