7 Most Haunted Places In Lucknow

Could you ever believe that the city which is known for its royalty and the scrumptious Awadhi food could also be known for its haunted places? Seems like ghosts have left no place to leave their marks at. With pleasure and haunts, we would like you to present the haunted places that you will find in the city of Nawabs.

If you have got the guts you can totally experience it yourself (completely at your own risk) at these 7 Haunted places in Lucknow: 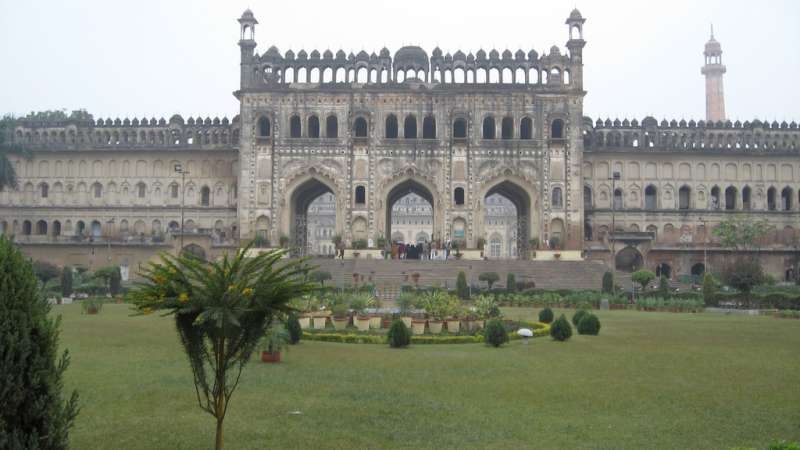 The architectural beauty of Mughal period, Bara Imambara is a magnificent building that is known for its Mughal architecture, it is one of the grandest beauty of Lucknow. Bara Imambara is also famous for its bizarre mazes that can eat any man up if he decides to explore the place without any guides. The construction of the monument began in 1785 when the city was hit by severe famine. The main objective behind the construction of the monument was to provide employment to the people. Due to the major famine, the place has been a number of deaths of the innocent men, women, and children, the ghosts of whom can still be seen in the amusing mazes of the place. Many people who had entered the confusing mazes of the place had never returned back to their homes. The ‘Tehkhana’ built in the premises of the edifice was used by Britishers during their rule to lock up the Indians. The walls of mysterious ‘Tehkhana’ still holds the haunting images of innocent people losing their close family members. Many visitors have also captured some mysterious images hanging around inside the premises of the huge building. 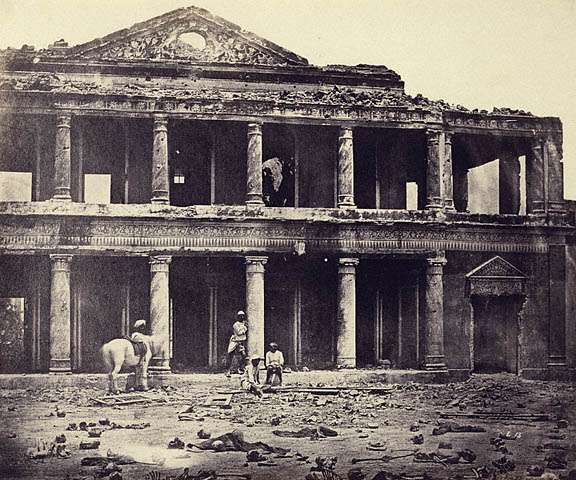 Although, this place holds a major importance in the history of Indian independence but this place has seen heights of brutality. According to the reports, 72 Britishers were killed taking the life of 2300 Indian freedom fighters in Sikandra Bagh during the movement of Indian Independence. Even after killing thousands of Indians, British did not let the family members of martyrs perform the proper burial ceremony to bury the dead. The bodies of 2300 dead Indian were left to rot in open in the Sikandra Bagh until they were eaten up by vultures and was decomposed by the earth. Since then, the place is believed to be haunted by the spirits of people who had seen a brutal death. Ask the locals, and they will raise your goosebumps by telling you about the creepiest noises that can be heard in the night and mysterious images that disappear in the air. 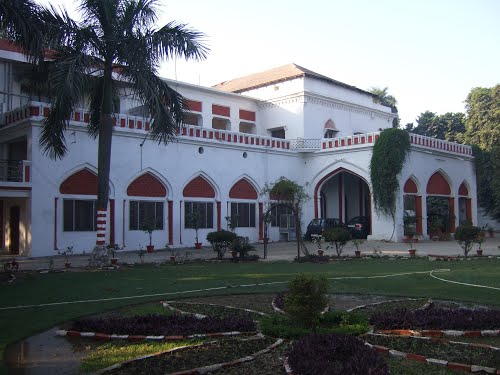 OEL House was the formal residence of Wajid Ali Shah and was later overtaken by Vice- Chancellor of Lucknow university as his residence. During the revolt of 1857 many British soldiers were killed and thrown in a well inside the OEL House. Ever since the ghosts and spirits of the dead soldiers have overtaken the OEL House haunting the well as well as the premises of the house. The haunts of OEL House doesn’t stop here. When V.C was given OEL House as his residence he and his family overlooked all the ghostly stories. His boy was throwing pebbles in the well, without realising that he has wakened up the spirits. The boy was killed mysteriously by the spirits. It is only then VC took the proper measures to seal the well by all holy measures. A true lesson that we cannot take supernatural activities for granted. 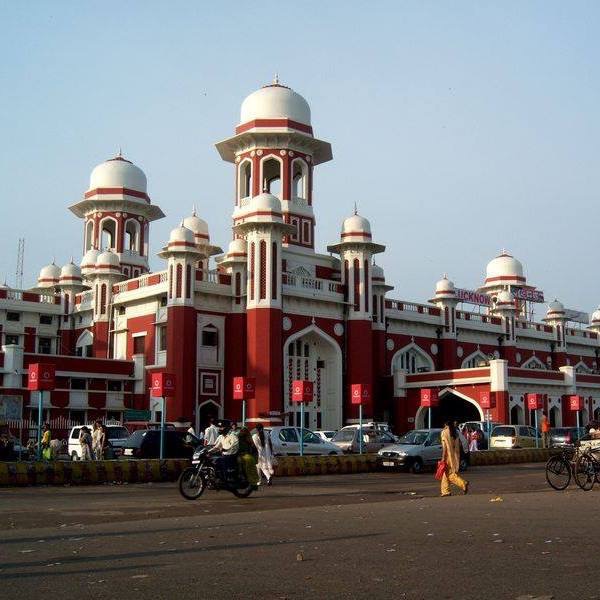 The extramarital affair led to making Railway Quarter of Lucknow railway station as one of the most haunted places of Lucknow. Not the whole premises but a colonial house is the reason behind the notorious ghostly activities. The quarter was named Turrets was allocated as a residence to Bill Turner who was chief engineer of the Oudh Rohilkhand Railways. Turner was happily married to a young beautiful lady until he discovered her extra- marital affair with a young British army officer. The day when he caught his wife red-handed with another man, agitated him so much that it led him to kill both the lovers on the very spot and he himself committed suicide.The spirits of Turner still haunts the railway quarters. Local men have given several pieces of evidence of the weird images of a tall white man walking around and shrieks being heard from the house. 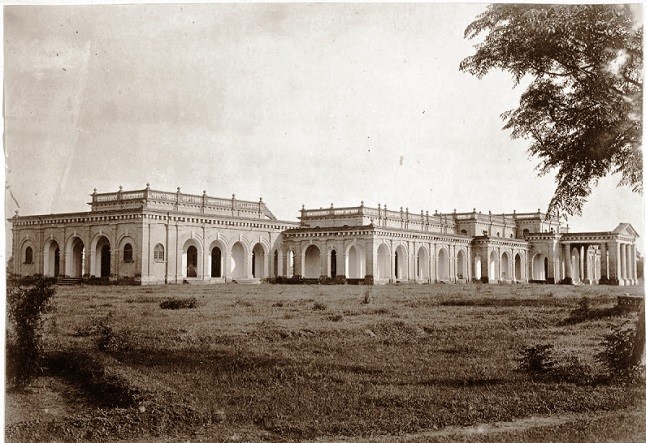 Built on a graveyard, people can till date spot some of the graves in the hospital area lying untouched. The spirits of people from graves are said to haunt the place. Many patients and even the hospital staff have been evident to numerous paranormal activities. Patients have reported the sound of footsteps being heard, strange noises of somebody knocking doors of their rooms and sudden cries being heard at night. Considered among the top haunted places of Lucknow you can totally visit this place if you do not mind being operated by some of the ghosts. 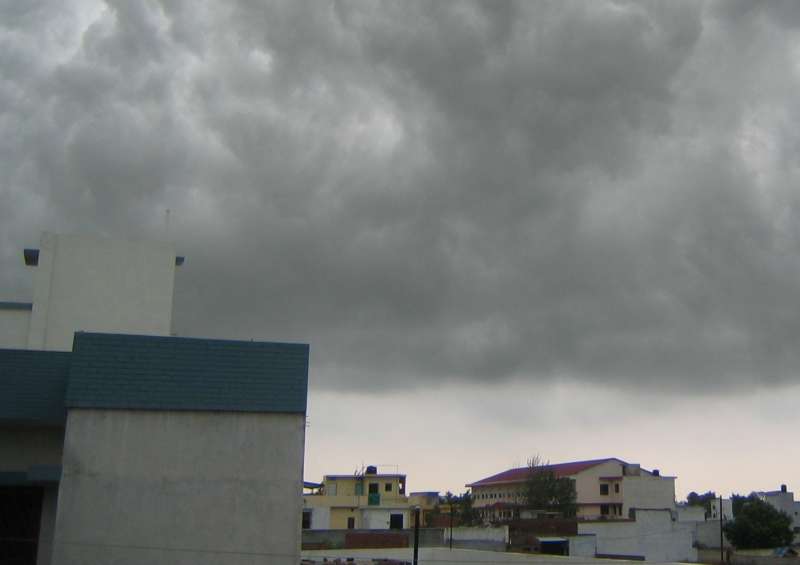 Built in 1960 on the cremation ground by the Lucknow improvement trust, if the government didn’t believe in ghosts in that era, then they sure do today. Nirmala Colony can be located in the centre of the city. The property of the colony used to bear numerous graves until the human decided to settle here, and ghosts find a new place to possess. The day here looks like any other day, but not the nights will give you chills with its horror. People have noticed various freaky images disappearing in the air, the cries of the children at night. Moreover, it is also believed that whoever lives here is doomed by the spirits of the dead and faces several problems in their lives. 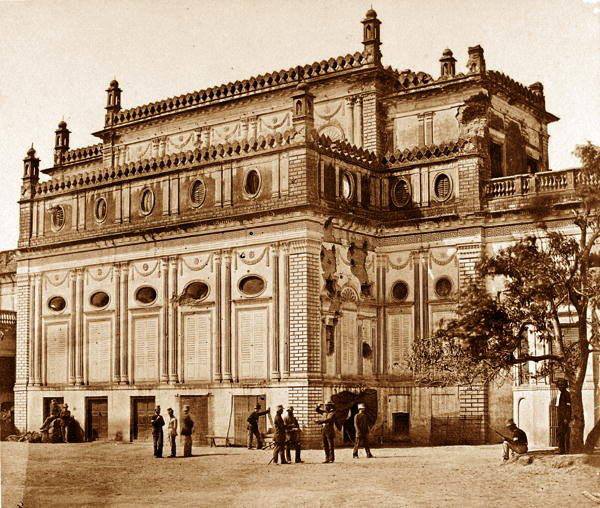 Lucknow has seen many deaths of the innocent, no wonder there are so many haunted places around the city. One of them is Begum Kothi which according to sources was the land which has seen the death of 600-700 freedom fighters during the Indian Independence movement. The restless souls of the dead still haunt the premises of the Begum Kothi. Although, there is no evident theory behind the haunted tales of Begum Kothi. But, what so ever, the reason may be the people have witnessed here ghostly incidents and hence evidencing the presence of supernatural powers. Various unusual sounds the weird presence of the negative images can be seen in this historical monument.

If you didn’t believe in ghosts until now, I am sure these creepy stories would have created certain disturbances in your mind by now. And, if you are the one who loves to hunt around the ghosts you can totally take your daredevil friends to explore these ghostly places.

*What’s that shadow behind you?*

Places to visit in Lucknow

View 47 places to visit in Lucknow

8 Water Parks in Lucknow To Beat The Summer Heat

Amusement Parks in Lucknow for a Day of Fun and Excitement

Lucknow Food: 14 Most Iconic Street Food Dishes You Must Try in Lucknow

6 Malls in Lucknow for Shopping, Food, and Entertainment!

Hill Stations near Lucknow for the Perfect Summer Getaway

Garden Parks in Lucknow for a Perfect Day-out

Places To Visit Near Lucknow For A Weekend Getaway

Top Historical Places in Lucknow for a Glimpse into History

8 Water Parks in Lucknow To Beat The Summer Heat

Amusement Parks in Lucknow for a Day of Fun and Excitement

Lucknow Food: 14 Most Iconic Street Food Dishes You Must Try in Lucknow

6 Malls in Lucknow for Shopping, Food, and Entertainment!