Haunted Places in Ahmedabad: Not for the Cowering Hearts!

The home to our Gujju brothers is not just a hub of businessmen but also a place where ghosts and spirits wander out of their bodies, at least thatâ€™s what the many legends tell! The spooky incidents in many areas of Ahmedabad have made a plenty shudder. But for those with a curious mind to dwell more in it, we bring the list of the most Haunted Places in Ahmedabad that has been scaring people for a long time. 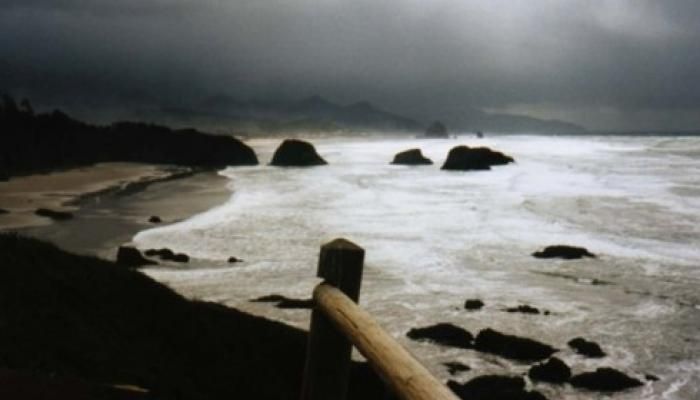 Shocked to see your favourite Dumas at the top of the list? Well, prepare yourself because the famous tourist spot is a known haunted place. Apparently, the black sand and the beautiful shoreline does not only attract the tourists but also spirits and lost wandering souls. The visitors have heard weird noises and commotion at night even when the entire beach is less crowded. Many of the locals believe that they sense an eerie feeling while on their trip to Dumas. Dogs are believed to sense the presence of spirits or soulless entities. Many have reported seeing the dogs on the beach behave and react in a weird and creepy way. The legends say that the place is haunted by the ghosts of the dead. 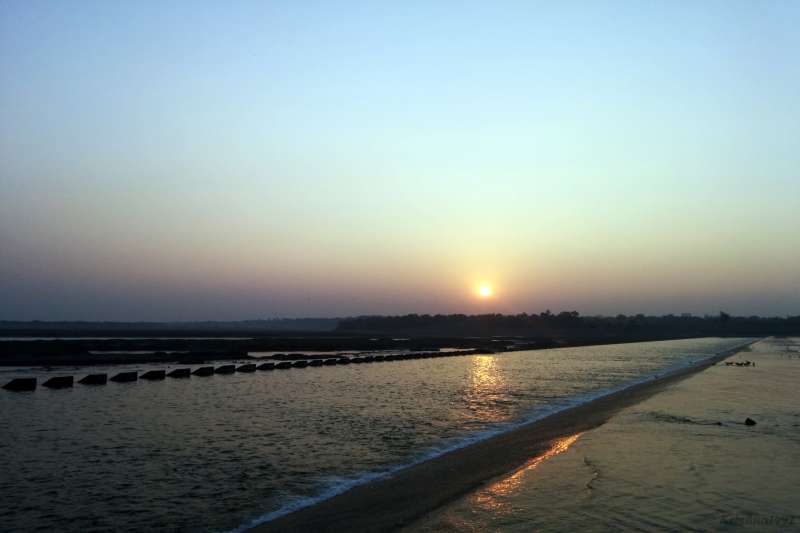 A little away from Ahmedabad is Sindhrot, a small town where the locals claim of seeing visions that haunt their nights. Individuals have witnessed a lady clad in a white kurta with disoriented facial structure walking the roads of the town. Several visitors have reported that they hear someone whispering in their ears to go back and never set foot back in this Haunted Place in Ahmedabad. The paranormal activities happening around the place has scared visitors as well as the local crowd. 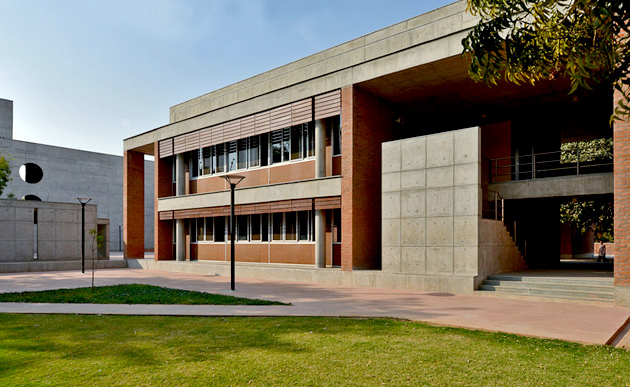 The GTU campus has a history of paranormal sightings scaring the students and others roaming around on campus. From the college guard to the students and the staff members, reports have been registered from everyone in the university over a couple of years. The most noted incident that happened a few years back has creeped out everyone. Reportedly, an employee was in the lift when he felt the presence of a woman near him, though he could not find anyone around. After the spooky encounter, the individual stopped eating and talking and was later declared mentally ill. Nobody knows what exactly happened inside the lift or after that, but the story has made everyone in the campus alert and nobody prefers to take any route alone while walking to the classes. 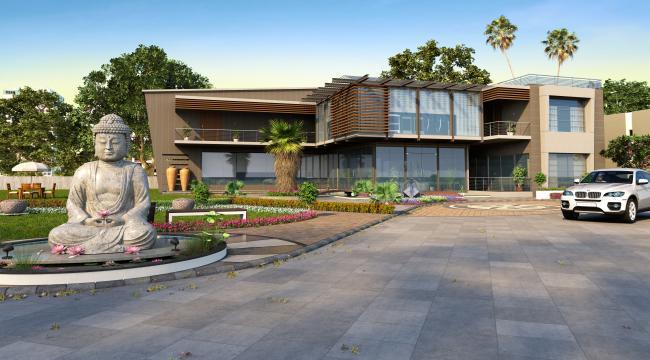 Nobody goes to the Signature Farm to just chill and have an outing. The place has a renowned and eerie history. Whoever seeks this Haunted Place in Ahmedabad, visit it out of sheer curiosity about what might happen. Many stories have been in the air about this isolated spot, one of which is about a bunch of people who decided to set out to check if whatever is said about the place is really true. They claim that during the entire time which they spent at the farm, they could hear a woman laughing in the coldest weird voice. They felt chilling even when the weather was moderately warm. Several such stories have been told by different groups of people who visit the place. The place has also witnessed deaths whose reasons have been difficult to explain. It is definitely not for those with a weak heart. I know I would never set my foot in the place. 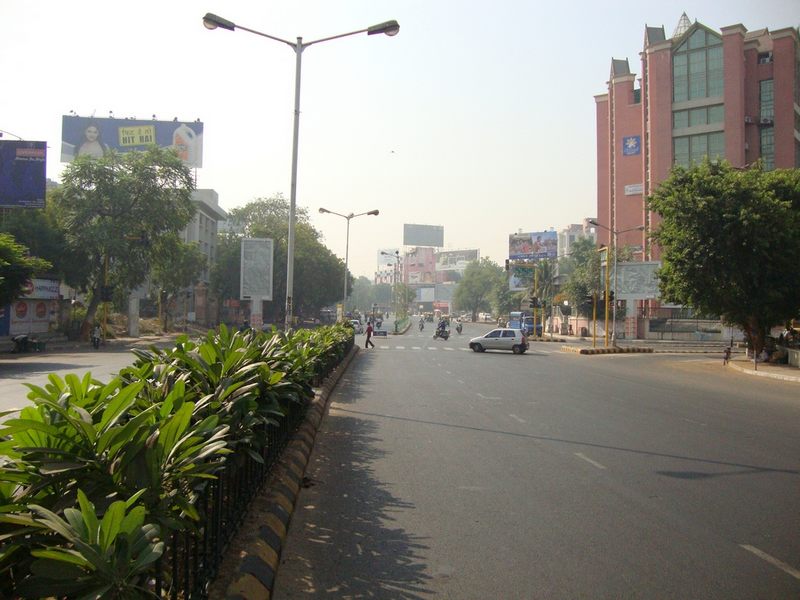 A flat situated in Akash Ganga on Sola road has gained its bad reputation with the creepy and uncanny stories doing the rounds. People living nearby believe that a couple of years back the flat was purchased by someone who renovated the house to give it a new and positive vibe. Things started to take a different route once he shifted there with his family. They could hear the voices of women wailing and crying. On checking with the neighbours, they realized that none of the others could hear the mysterious noise. Unable to find the source of it and scared of staying inside the house anymore, they moved out of the house. Several renters came and went and all of them experienced the same thing. The house lies empty as of now, waiting to torture the next man who finds his way to the place. 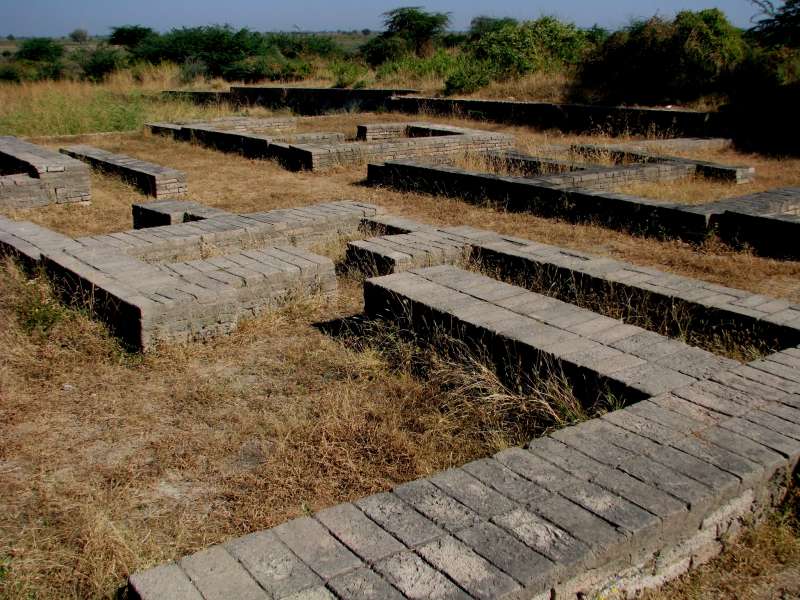 An offbeat tourist destination is a living proof of civilizations that were established thousands of years ago. The remains of the old city, antique waterways, ancient era structure of the town, all set the perfect platform of a ghostly encounter. As the sun sets, the dark shadows towering this Haunted Place in Ahmedabad makes it even more typical horror-film like. People who have visited the place have been heard saying that they felt uneasy and being watched throughout the trip. No incidents have been registered yet people steer away from this place. The spot has a cold spooky vibe about it making it one of the haunted places that reside in Ahmedabad. 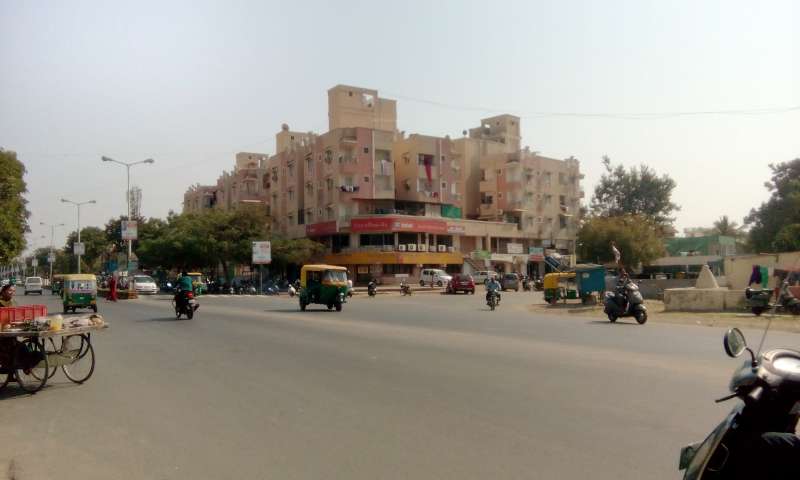 The location has established fear in the hearts of the people around. A vivacious tree stands tall with its root hanging from top to bottom. The view is scary on its own. On top of that, the legends circulating around says that the tree is home to evil wicked spirits and anybody who crosses it after nightfall is subjected to get spooky visions and whatnot. Though there is no proof established, yet locals try to keep themselves away from this spot. True or not, it is better advised to steer clear of this horror-struck tree. 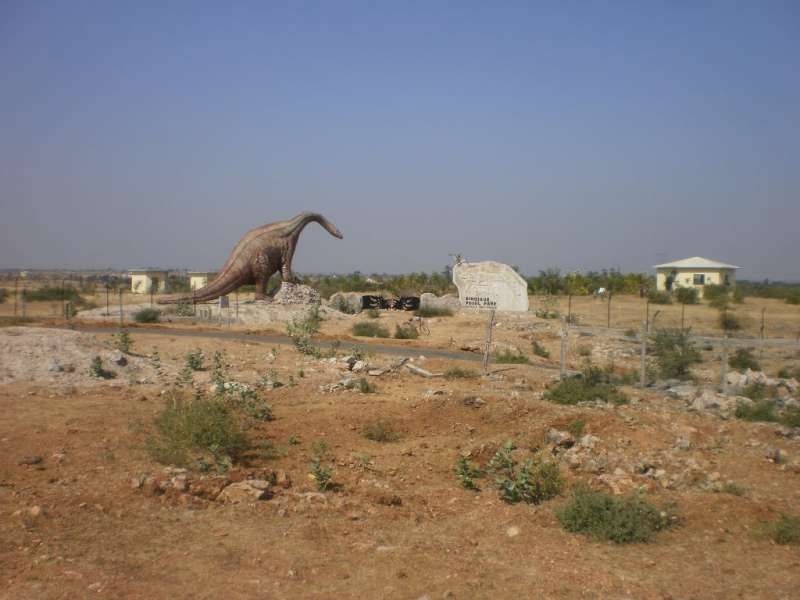 Just a few miles away from Ahmedabad, lies Balasinor, a small place known for the paranormal stories associated with it. The mornings are just as isolated and eerie as the night. People have seen semi-assembled body walking around in the night! If sources are to be believed, incidents of individuals hearing a wailing woman is very common in Balasinor. As the night progresses, the strange noises and chilly feeling keep people away from this place.

These are the famous spooky spots in Ahmedabad gaining a bad name for all the uncanny incidents getting registered. Are you in for an adventure? Then, visit one of these Haunted Places in Ahmedabad and let us know your personal experience in the comments below!

Places to visit in Ahmedabad

View 58 places to visit in Ahmedabad

21 Resorts Near Ahmedabad for A Perfect Break

20 Best Hotels in Ahmedabad for a Comfortable Stay

Picnic Spots Near Ahmedabad For A Short Getaway

21 Cafes in Ahmedabad That Are Worth a Visit

14 Street Food Spots To Try Out Local Cuisine of Ahmedabad

Shopping in Ahmedabad: Places To Fill Your Empty Shopping Bags

Malls in Ahmedabad For Shopping, Food and Entertainment!

Gorgeous Gardens in Ahmedabad for a Day Amidst Nature

IRCTC to Start Tejas Express From Ahmedabad to Mumbai In November

Gurudwaras in Ahmedabad to Seek Blessings and Find Peace

History of Ahmedabad Described in 7 Phases

Hill Stations near Ahmedabad to Beat the Summer Heat

Places to Visit near Ahmedabad Within 100 kms

Places to Visit near Ahmedabad Within 200 Kms

Best Beaches near Ahmedabad For the Perfect Coastal Escape

Places to Visit near Ahmedabad Within 300 Kms

Places to visit near Ahmedabad under 500kms

Places to visit near Ahmedabad under 400kms

India Awarded 4 UNESCO Heritage Awards, 3 Of Them In Mumbai - Find Out Which

Flea Markets In India Every Shopaholic Must Shop At

Picnic Spots Near Ahmedabad For A Short Getaway

21 Cafes in Ahmedabad That Are Worth a Visit

14 Street Food Spots To Try Out Local Cuisine of Ahmedabad

Shopping in Ahmedabad: Places To Fill Your Empty Shopping Bags